LaFerrari vs McLaren P1 vs Porsche 918: the verdict
Advertisement
Supercars

LaFerrari vs McLaren P1 vs Porsche 918: the verdict 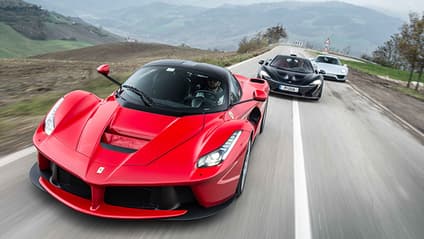