TopGear.com can exclusively reveal the next project from the megamind of Professor Gordon Murray is the most driver-focused time machine in history.

Based around the same state-of-the-art carbon fibre tub as the T50 supercar, the new T-Minus 50 is a limited-edition physics-botherer that does away with tedious time-traveller assistance systems and frivolous luxuries to offer the purest going-back-in-time experience possible.

“I was just so disappointed with the weight of the other time-travelling vehicles on the market,” Murray tells Top Gear via Morse Code from the year 1893.

“Both the DeLorean and the TARDIS are far too wide and heavy to be exploitable by your average history-meddling adventurer. I felt compelled to use my Formula One expertise to design the most authentic inter-dimensional motor car yet.”

Regular engine partner Cosworth has been tasked with creating the T-Minus 50’s powerplant, which is said to offer twice the output of the previously class-leading Flux Capacitor, while weighing half as much and dispensing a fraction of the radioactive fallout.

The car’s been thoroughly tested in trillions of laps of the Large Hadron Collider in Switzerland, after which it paid homage to Gordon’s iconic McLaren F1 GTR by winning the 1926 24 Hours of Le Mans. 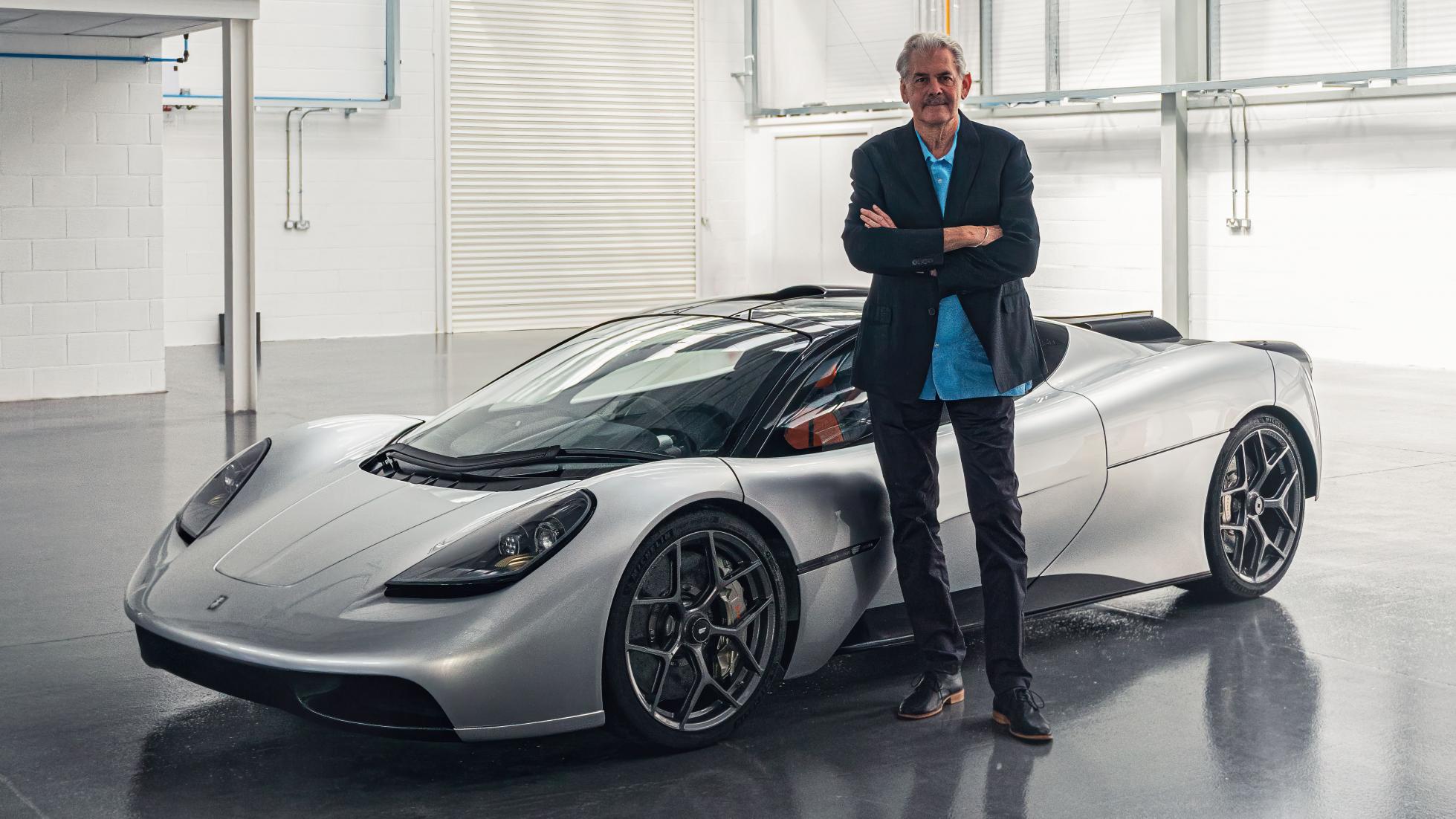 T-Minus 50 will be capable of tracing back through time at up to 250 years per second, but the Prof insists ultimate top speed was not his priority. In fact, Gordon hints he could’ve made it even faster by fitting a fully-automatic date-entry system, but decided to stick with a classic manual destination clock.

“The action of writing your chosen date with a titanium fountain pen and winding back a clockwork mechanism is so much more rewarding than modern push-button time machines,” he tells us. “There’ll be an optional Featherweight Pack that swaps the ink pen for a quill.”

Naturally, the T-Minus 50 will seat three occupants in an arrowhead formation, built around a central driving position offering its lucky pilot the optimum vantage point of the spacetime continuum.

“I tried all the Italian time machines but I just couldn’t see out of them easily. Just trying to park caused an accident that stranded me in Ancient Rome,” explains His Excellency the Emperor Gordonium.

Murray’s pin-sharp eye for detail has been cast all over the T-Minus 50. Like the McLaren F1’s engine bay, its bodywork is coated with gold foil to ensure superb heat reflection as it races the speed of light. “If you’re going to build a time machine, why not do it with forged magnesium and a record-breaking drag coefficient?” he asks rhetorically, in Latin.

“We’ve had a huge amount of customer interest in T-Minus 50,” Gordon discloses. “Albert Einstein was convinced after powersliding our prototype around the Brooklands banking, and Catherine of Aragon has specced hers in purple clear-coat carbon with the optional roof-scoop.”

Each owner will get the chance to explore their new toy’s handling at the T-Minus 50 test track on the island of Atlantis, including tuition classes on out-cornering velociraptors, evasive avoidance of the grandfather paradox and preventing World War Three.

Top Gear is hugely excited for our upcoming test drive of the T-Minus 50 three weeks ago. However, critical parts supply problems caused by bubonic plague – and teething issues that default the car to only arrive on 1 April – have delayed production until at least the year 2149 AD, which should put it in showrooms just before the Mercedes-AMG Project One.

For more on this story, check out the January 2024 issue of Top Gear magazine. Not on sale in newsagents near you.