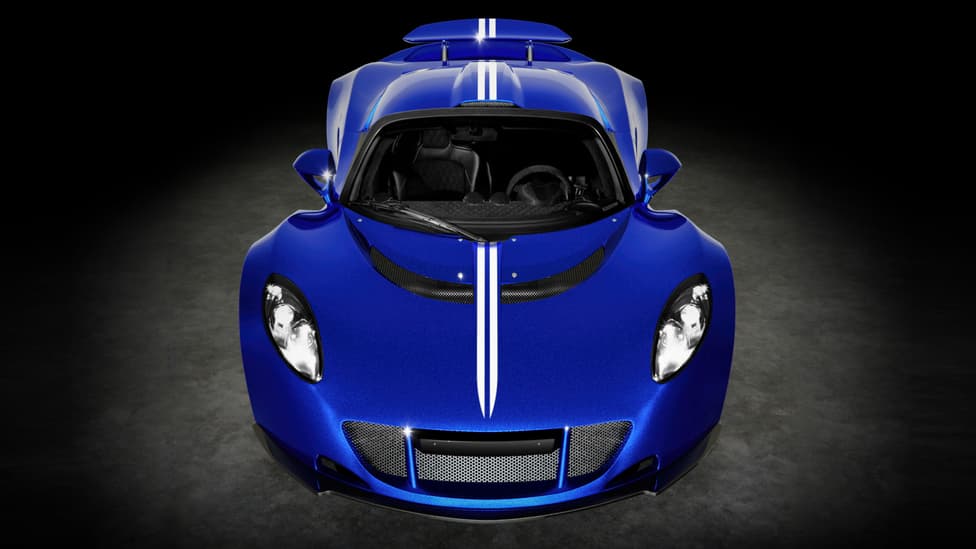 This is it, the last ever Hennessey Venom GT that’ll roll out of the Texas factory. Hennessey has confirmed to TG that it has built a ‘Final Edition’ to mark the end of production.

It’s the 12th Venom GT to have been built since 2010 – well, 13 if you count the X1 prototype – and, unfortunately for you Venom GT enthusiasts, has already been sold to an undisclosed recipient for the princely sum of $1.2m.

It’s a Spyder, is finished in Glacier blue with white stripes, and of course packs the most bombastic iteration of that slightly deranged powertrain. So there’s a 7.0-litre GM-sourced V8 stuck in the middle, running around 25psi of boost to produce a whopping 1,451bhp. The ‘standard’ Venom remember, used to produce just 1,244bhp. Barely enough to get you down the driveway. 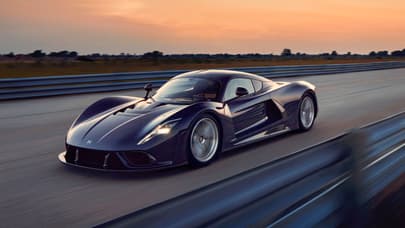 It's the last hurrah for the Venom, because Hennessey will now turn its attention to the small matter of the 290mph+ Venom F5.

“We’ve attained some pretty incredible achievements with the Venom GT,” Hennessey added. “It was always my dream to build the fastest car and we did just that. Our Venom GT retires as one of the fastest cars on the planet along with being one of the most exclusive.

“We look forward to introducing our next car, the Venom F5, sometime later this year.”

Ah yes, the F5. The successor to the GT has long been noted, but speaking to TopGear.com, Hennessey confirmed the company is currently “deep into the CAD/CATI design phase” of the F5’s development, and will soon begin CFD aero simulations.

It won’t be a hybrid like the Koenigsegg Regera, but it will be – according to Hennessey – faster and more powerful than the Bugatti Chiron. Yep, things will get mighty interesting when this thing lands.

Hennessey will use his knowledge of thermal efficiency gleaned from building the GT and pass it over to the F5. It’ll also be more comfortable and refined than the GT too.

“The Venom F5 will be the best value supercar on the market,” Hennessey adds. Watch this space for more...