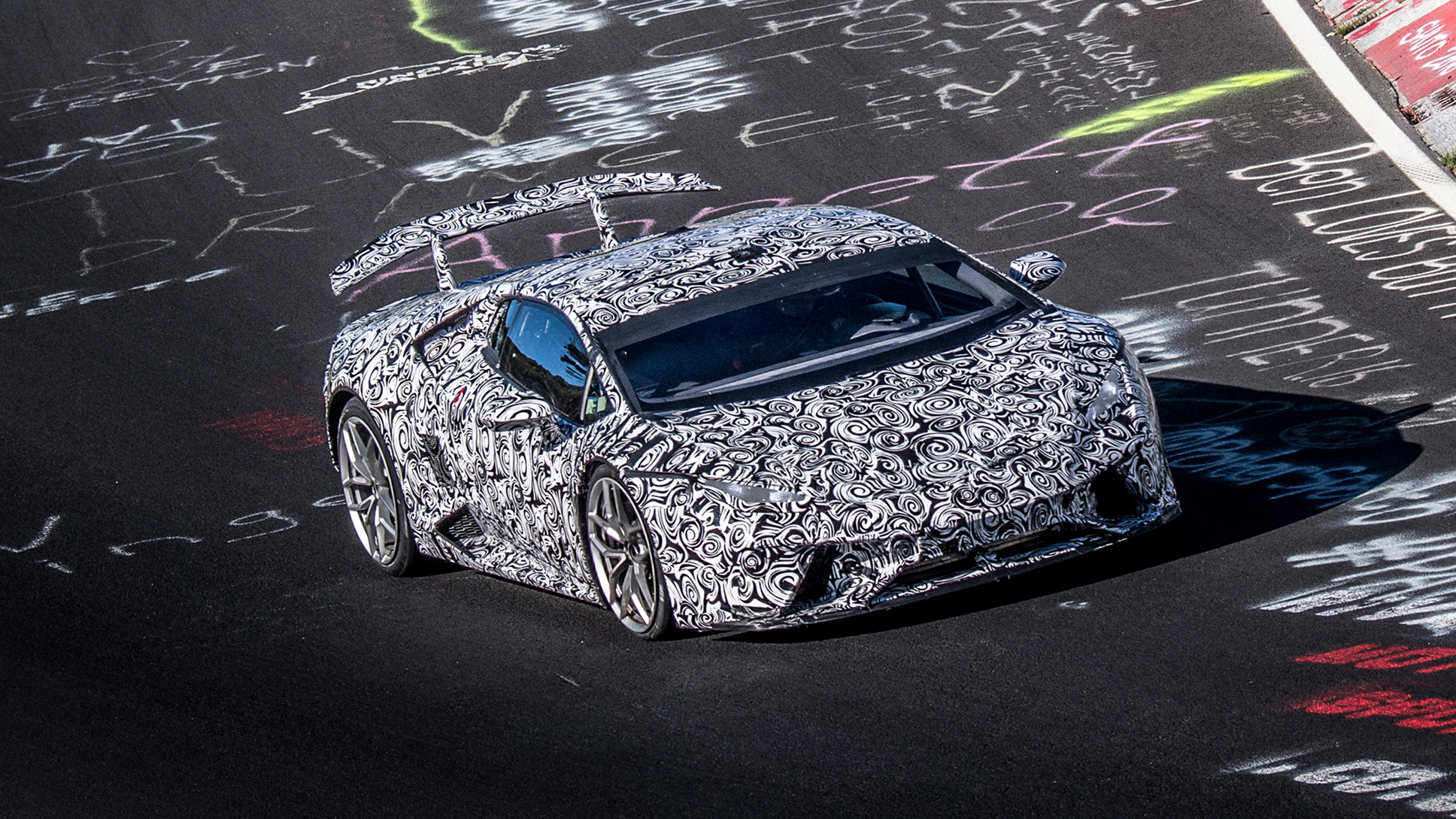 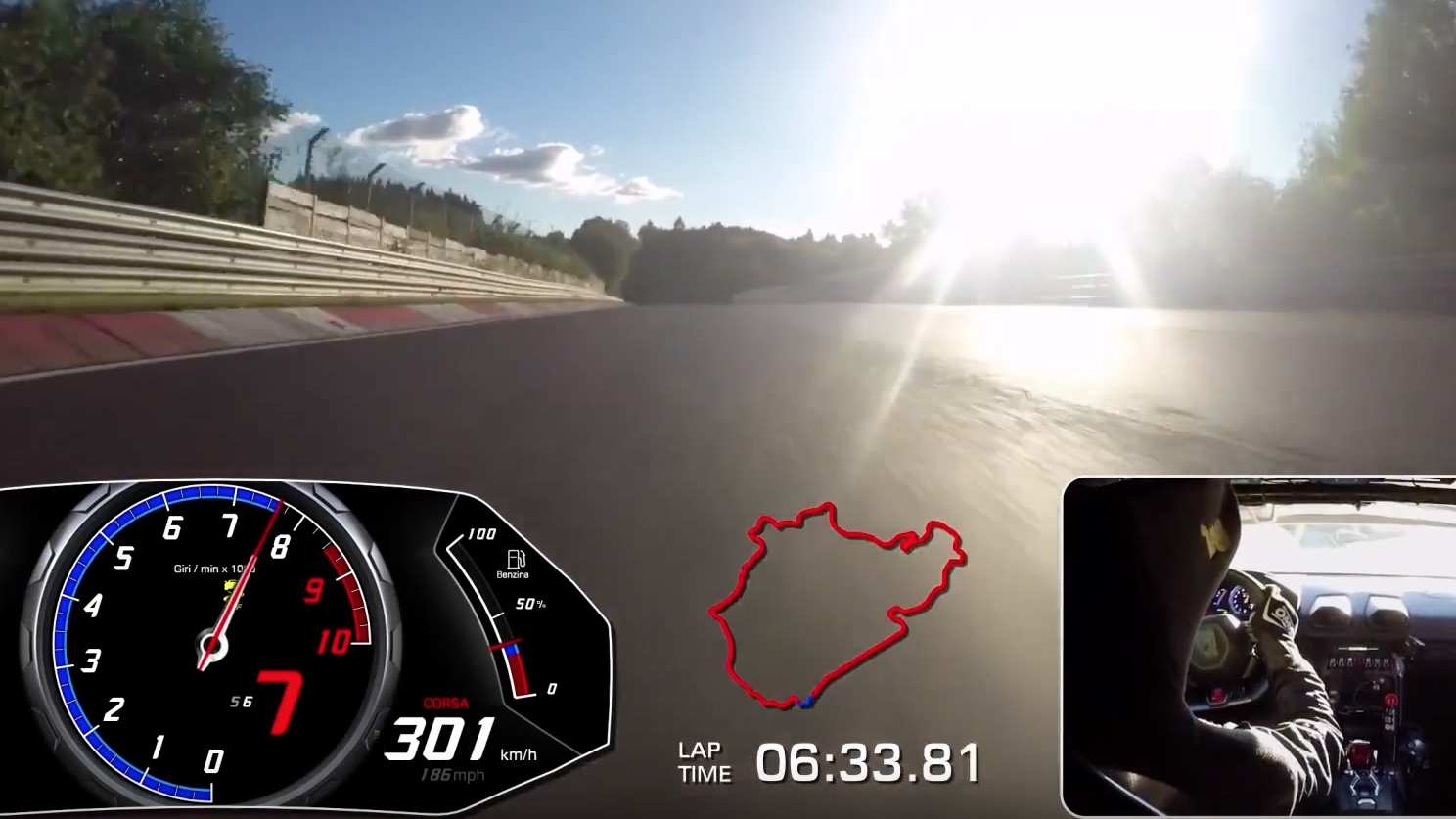 Ladies and gents, Lamborghini is now officially (well, as official as Nürburgring lap times can be) King of the 'Ring.

You may remember that last year a chap named Marco Mapelli strapped himself into Lamborghini's biggest, baddest supercar – the Aventador ‘Super Veloce’ – and went for a drive around the Nürburgring. He came back 6m 59s later. Twenty-six seconds faster than a Mercedes SLS Black Series. Twenty-five seconds faster than the Ferrari Enzo and ‘standard’ Aventador. Eight seconds faster than a Nismo GT-R, and just two seconds shy of a Porsche 918 Spyder.

Well, now he’s gone back to the ‘Ring, this time in the ‘baby’ Lamborghini – the new Huracán Performante – and gone faster. 6m 52.01s, which is a new production car lap record of the Nordschleife. And it's quite the watch if you hit play above.

As a reminder, the Performante is the go-faster Huracán that uses a new style of forged carbon fibre, as well as other weight-saving measures, to deliver a 40kg reduction over the standard Huracán while the naturally aspirated V10 has undergone substantial development so that it now delivers the highest specific engine power of any in its class. 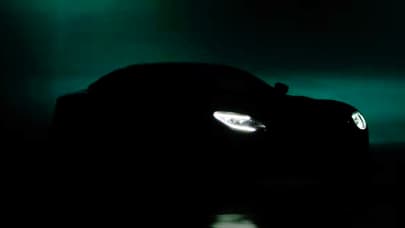 There’s also an all-new exhaust system (which exits higher up the rear of the car) that reduces back pressure and boosts “emotional sound” (turn up your speakers for the vid, kids) and the seven-speed dual-clutch transmission has been “re-optimised” for faster shifts; and an all-new P Zero Corsa has been developed with Pirelli specifically for the car.

There’s a huge rear wing and more aggressive front splitter – the usual performance bolt-ons. But the way these two elements combine to handle and optimise the air flow is where the magic, and that secret to the Nürburgring lap time lies.

The Performante is the first Lambo to feature what the company is calling ALA – Aerodynamica Lamborghini Attiva. Or, to put it in a less exciting accent: active aero.

At the front, there are two flaps which, with the ALA system off, remain closed and, in conjunction with the rear wing, deliver maximum downforce. With ALA active, they’re opened by an electric motor nestled in the centre of the splitter, boosting air flow and reducing drag and underbody pressure.

The huge rear wing – one of the new forged carbon-fibre elements – is actually hollow, and the two upright supports have airboxes at their bases (which sit inboard, in the airflow at the base of the rear glass decklid) each containing motorised flaps.

The airboxes sweep up the fast-moving air from the decklid and flow it through the rear wing upright and into the wing itself. That speedy airflow then runs through the spoiler’s horizontal plane and is released through a narrow channel underneath its surface.

Because the forged carbon can be made into complex structures, each side of the wing has its own channel fed independently from the airbox on each respective side. With ALA active, the flow through the wing is optimised in different ways. Under heavy braking the airflow is stopped, leaving the wing to act traditionally, and keep the car balanced and planted.

When cornering, the system monitors the steering and yaw inputs and shuts off air to the inside to increase the downforce on that wheel, while opening the valve in the channel on the other. It’s active air braking downforce. Sort of. What it definitely is, is the world’s first actively aero-vectoring rear wing. Which, as Marco has proved, provides for a very, very fast lap time.

So with the Huracán now beating hypercars and becoming a bonafide sub-seven minute car, what kind of damage is the Aventador’s replacement going to do?