Les Edgar: ‘TVRs are about wheelspin outside the local pub.’ 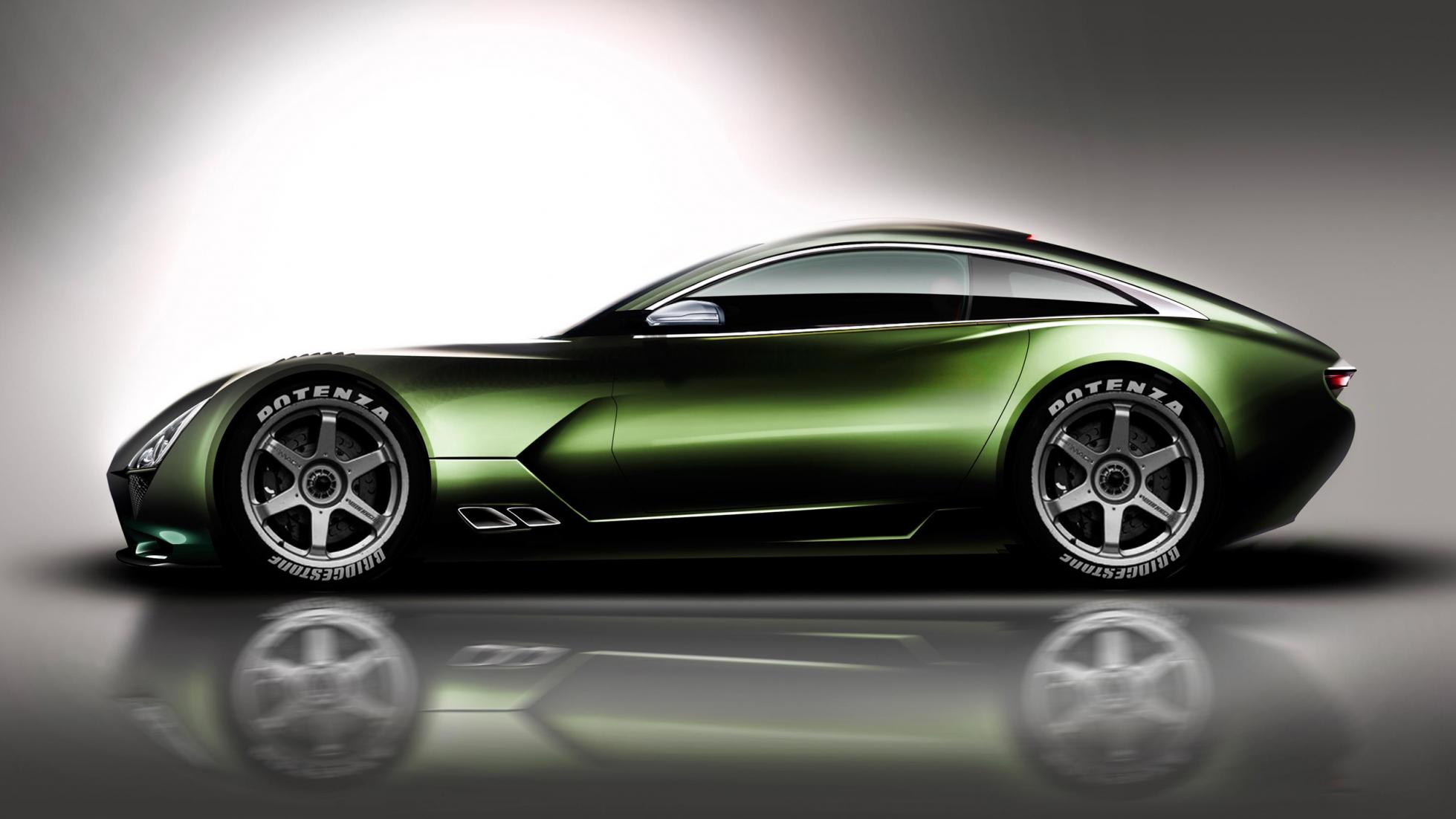 TVR’s new Cosworth-engined, Gordon Murray-engineered sports coupe arrives next year. But why does the company boss believe so strongly in resurrecting an old badge and creating an old school sports car in 2017? TopGear.com chatted with the effervescently enthusiastic Les Edgar for the answers. It’s fair to say, he’s a man after our own heart.

TG.com: Do you have to be mad, or at least a tad eccentric, to set up your own British sports car company?

Les Edgar: Oh, mad doesn’t sum it up enough. You’ve got to be completely bonkers. And you’ve got to be a committed petrolhead. If you’re going into thinking this is the making of our fortune and you’re going to be rolling in it, you’re mad. But we started off with a very strong brand, so we think that’ll support our aspirations for TVR.

TG: Why do you say it helps to be a petrolhead?

LE: Specifically for us, TVR is about being a petrolhead. It’s in-yer-face. It’s not supposed to smoothly waft you along in silence. It’s about being noisy, wheelspinning in front of the pub, in an exotic, handbuilt, and visceral car. So we’re trying not to compromise what makes it a good driver’s car.

With my petrolhead hat on, I’d say ‘does it need to be noisy?’ Well, it doesn’t need to be, but it would be better if it was, to give you the impression you’re in something special. When I drive a 911 or an F-Type, I think ‘this is a great car’, but when I get in a Sagaris, I think ‘I’m part of this’. I feel the engine rather than hear it in the speakers. It’s not been overly tuned.

I’m not an automotive engineer, but my job is to make sure engineering that appeals to petrolheads is at the heart of a new TVR. We’re dealing with lots of engineers, and it’s their job to make sure the car is reliable and well engineered. It’s my job to make sure it’s still a proper TVR.

TG: You made money outside of the automotive industry, in gaming. What drew you to investing in TVR? Why not just plough some money into something less risky like Aston Martin or Jaguar?

LE: Good question! I’ve never been one for investing into something easy. I wanted to put my own mark on it. I’m a big Aston Martin fan, and I’ve had mine modified to make them a bit more loud, hairy and lairy. I felt I understood what I wanted from a sports car, and it is less expensive and luxurious than an Aston Martin, but more luxurious than a Lotus. A TVR fits that bill perfectly. It’s a sporting GT rather than a GT with ‘sporty’ added to it. It’s a rebellious marque, the antithesis of James Bond. And since the factory’s demise in the early 2000s, nothing has filled that space.

We never thought we’d get the opportunity to ‘get’ TVR, so we were flabbergasted and pleased to do so.

TG: Do you think British cars have been beset over the years by the misty-eyed issue that a bit of ‘rubbishness’ equals character?

LE: [laughs] Yes, I do. It’s counted for a lot of character. But this also applies to Ferrari, Lamborghini…it’s only in the last ten years they’ve stopped being a little bit rubbish and become true quality products. I’ve had many of them and they’ve all had their ‘idiosyncrasies’, or basically poor design and poor reliability. That’s not acceptable any more.

We’re a small company, so we can’t afford to spend time and money on gadgets that make the cars more drivable by a larger group of people. It needs to be well-designed, but we need to keep away from the development of complex electronics. They add weight, complication, and reliability issues, potentially. I’ve got a few cars, which have everything on them, and in three years I’ll have to move them on, before they go wrong. I don’t want people doing that with a TVR. I don’t think they will. Built-in obsolescence is not the way you should build a sports car.

TG: So, good job you’ve got Gordon Murray, one of the kings of pure sports car design, on the team then? He often talks about how impressed he was with the Honda NSX and its effect on European sports cars…

LE: Absolutely. I agree with the NSX point, though the NSX never stopped people buying Ferraris. There’s a danger you can engineer out the character. You don’t need the doors falling off, but you do need some quirkiness – it needs to not feel like it’s been designed by a computer and built by robots.

TG: After a crowd-source of opinion in the TG office, the words we think of when we hear ‘TVR’ are ‘loud, ‘reliability’, ‘mad interiors’ and ‘smells of glue’. Will a modern TVR still be willfully mad?

LE: The four points are well made. The majority would say that. The new car will be extra loud, ultra reliable, it’ll have a mad exterior and interior, but it’ll only smell of glue if we make a Christmas tree air freshener to smell like it!

In all seriousness, we’re not Zenos or Caterham. You can’t build a car, at 2000 units a year, in that gap between Lotus and Aston Martin and do it properly on a shoestring. It’s not possible. We wouldn’t be doing with without the iStream manufacturing process.

TG: iStream gives you great manufacturing flexibility. Is one of the perennial British sports car problems that they only build pure sports cars?

LE: Shooting brakes never used to hold their value, but now they’re rare and very sought after. Our first car will be a two-seater, because a 2+2 is not a sports car. A number of sports car manufacturers have proven you can build an SUV, but an SUV carmaker can’t build a sports car. Porsche can, Jaguar could, and we could, but we won’t let that dilute our mission to make an exceptional sports car at a reasonable price.

TG: Speaking of those brands, there’s plenty of competition in the area you’re pitching for. Have you driven a Cayman, M2, F-Type and so on, and what have you benchmarked?

LE: All of our team, without exception, have driven those cars, and more. Everyone has driven 200 miles on track and on road to verify them. We used them to benchmark noise, vibration and harshness, but you can’t let that dictate the design, losing something in the process. So we’ve driven the Corvette, the 911 of course, and we’ll continue to reassess them, but at the end of the day, a TVR has to ‘be a TVR.’

An F-Type is a lovely, beautifully engineered car, but it’s only loud when you tell it to be in loud mode, so I struggle to enjoy it. It’s too artificial. That’s why we want a manual gearbox. I love the idea of thrashing along, dipping the clutch, selecting the right gear – hopefully – and letting the clutch out. That’s how to be part of the car, which I don’t feel in a flappy paddle car.

To be fair, carmakers engineer out some of the room for error to give their cars a broader appeal. That’s absolutely the right thing for them to do. It shows the British auto industry is doing stonkingly well at the moment. Nevertheless, we don’t need that many people to buy our car – it’ll be rare and bespoke. It needs to be loud, go round corners, and look fantastic.

TG: Great. So, when can we drive it please?

LE: Well, that depends. Have you put a deposit down?