This is the new Lamborghini Huracán Evo

Performante power, better aero and a new touchscreen. The baby Lambo grows up? 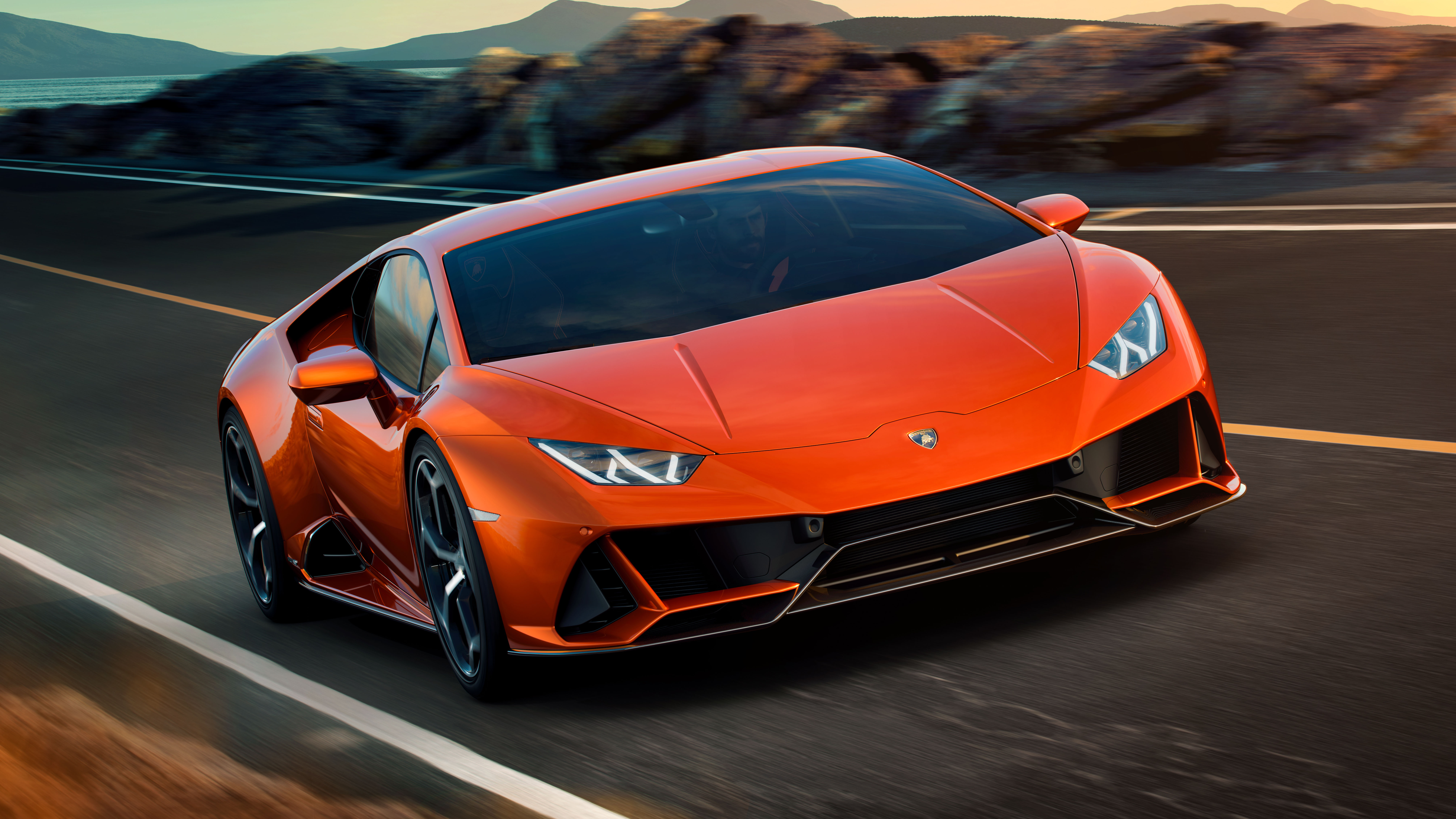 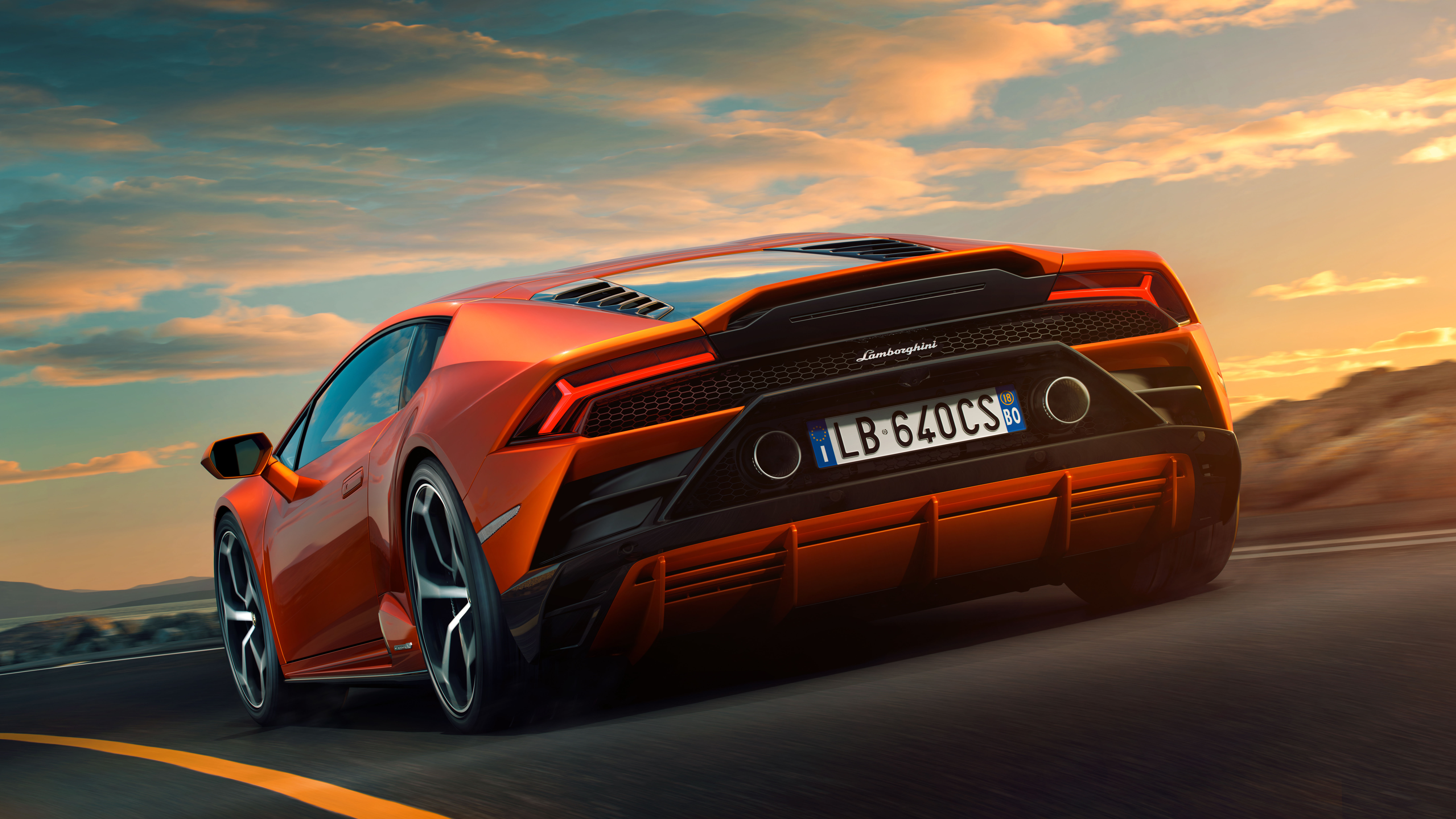 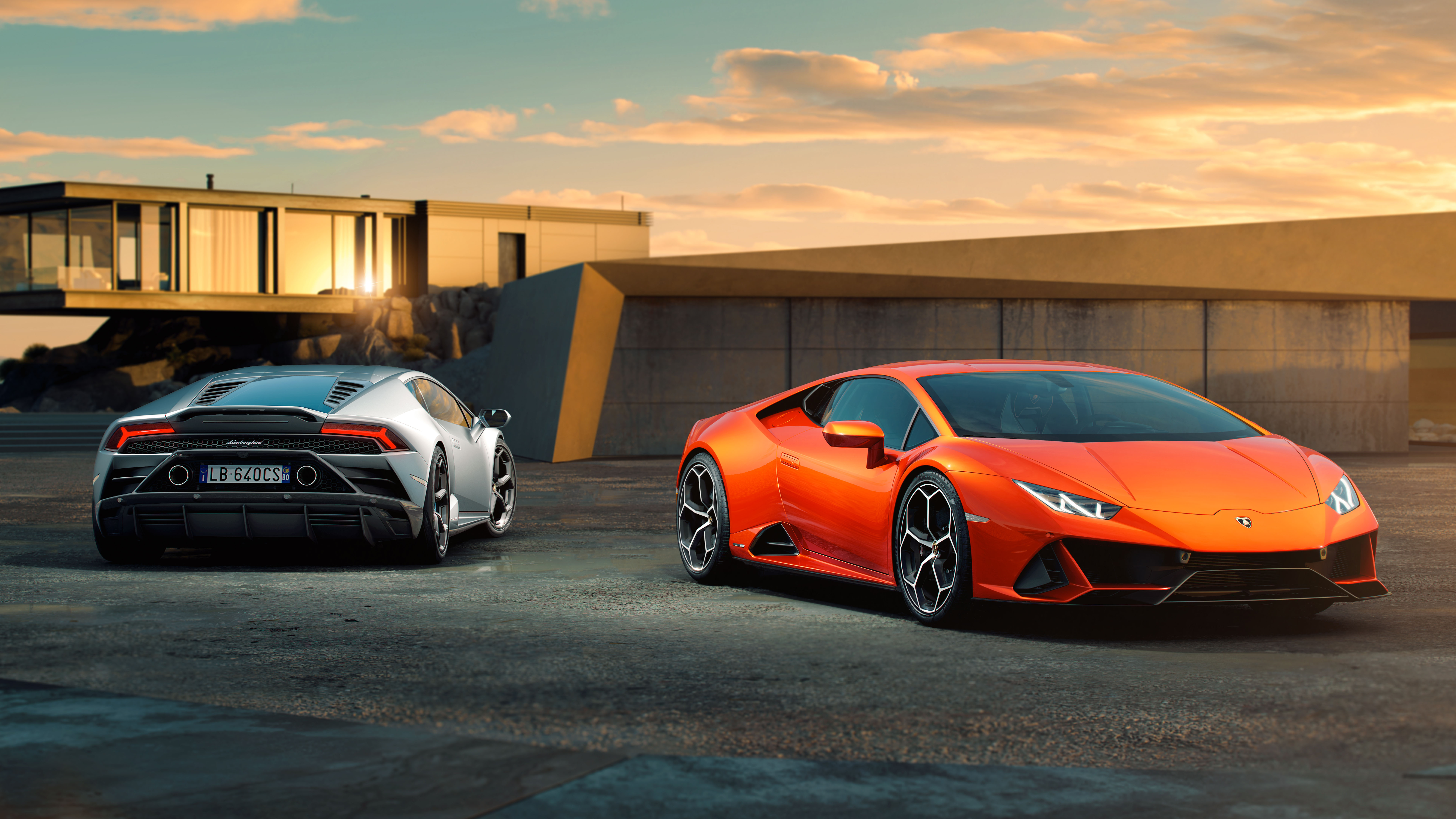 Got your heart set on the facelifted Audi R8, have you? Hold fire. Its Italian cousin has also visited the Angular Bodywork Ltd. Factory, and emerged approximately twenty-three per cent more angry-looking than before. Check out those spindly front aero blades and colour contrast diffuser. These tell you you’re looking at the new, 2019 Lamborghini Huracán Evo.

Lamborghini’s shifted the exhausts up the car’s backside, racecar style, to get the aero working more efficiently and has conjured lots more downforce in the process. The factory claims the Evo “improves downforce and aerodynamic efficiency more than five times over the first generation Huracán”. Five times more? From a ducktail spoiler? Blimey.

Cleaving the air more sharply has given Lamborghini all the excuse it needed to increase the Huracán Evo’s power output. The naturally aspirated 5.2-litre V10 now matches the Huracán Performante’s totals of 631bhp and 443lb ft. That’s enough to punt it from 0-62mph in under three seconds – 2.9sec is claimed – and on to 124mph in nine seconds dead. Will it do 200mph, as prescribed in the supercar bible? Yep, 202mph is claimed.

So, there’s a fiendishly clever on-board computer with a sexy Italian name (Lamborghini Dinamica Veicolo Integrata) which lets the four-wheel steering, stability control and torque-vectoring chat to each other and sort out whatever ham-fisted inputs the human inside is making.

Apparently, it’ll predict your future, somehow. Lamborghini says “a ‘feed forward logic’ is implemented via the dynamic controller, which means the car doesn’t just react, but predicts the best driving set-up for the next moment". Most likely that’ll be ‘shoot flames for Instagram’.

Meanwhile, gyroscopes monitor your lateral, longitudinal and vertical accelerations, as well as roll, pitch and yaw rate, to suss out how big a moment you’re about to have on Park Lane. There’s also revised magnetorheological suspension which uses an electromagnetic current to alter how rattled your teeth are.

Drive is still sent to all four wheels via a seven-speed twin-clutch gearbox, and at last, you can alter the various settings to your own preferences, with an ‘Ego’ setting in the Anima menu. Just like the Aventador S. Good ol' sibling rivalry.

Inside, there’s a new touchscreen with Apple CarPlay integrated, right down on the centre console... we think. Lamborghini insists it’s built it, but didn’t think to send any pictures of the updated interior. Maybe that bit’s not finished yet. More as we have it.

A pretty thorough update for the baby Lambo, then. Question is, still want that R8? Or that McLaren 600LT? Or that Ferrari 488…