Proof the new TVR has a manual gearbox

New pic shows modern TVR's old-school 'box. Plus, we find out more from the boss 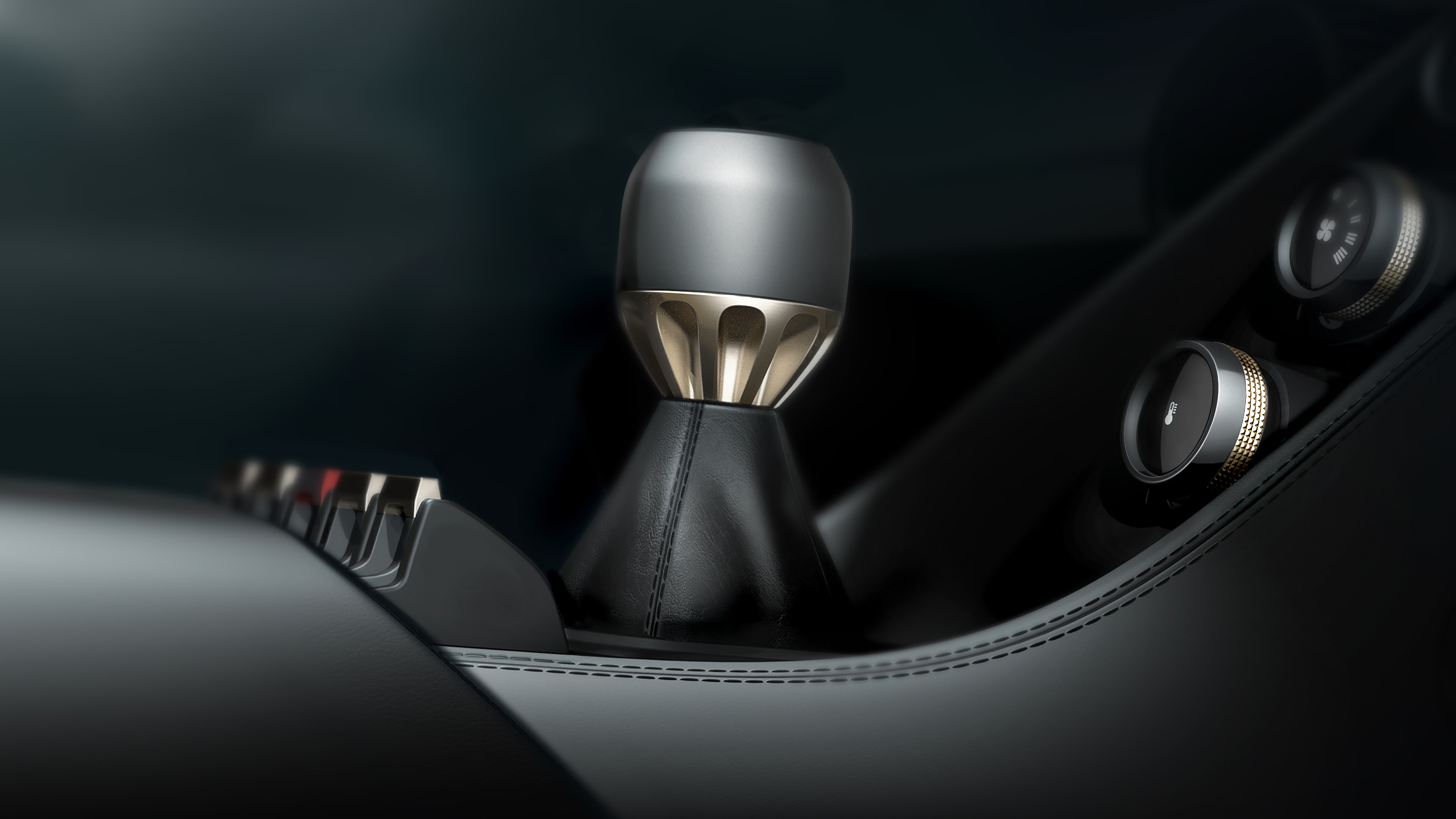 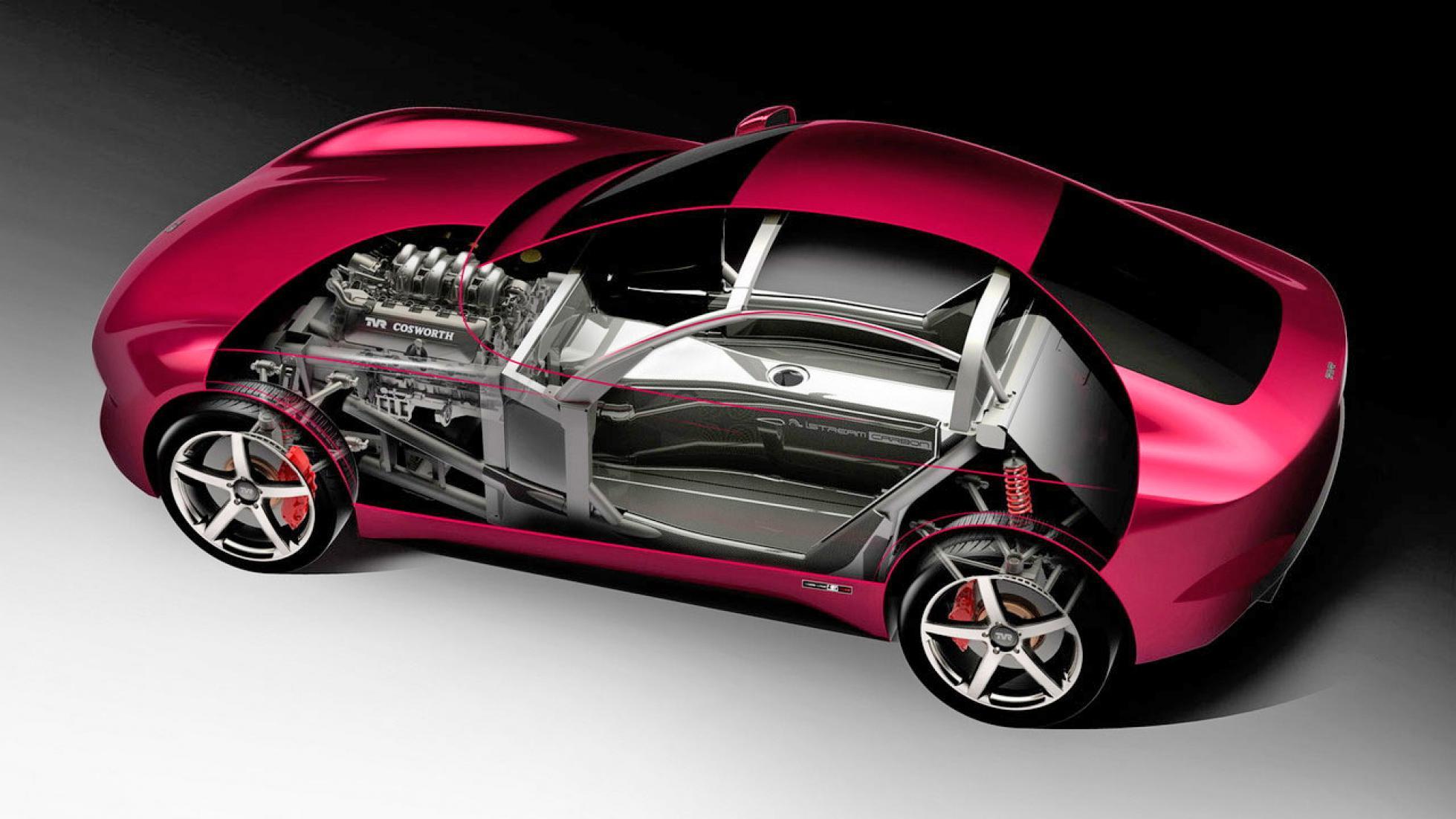 Back in 2013, and seemingly out of nowhere, a British consortium led by a gentleman called Les Edgar announced that it had acquired TVR, lock, stock and smoking tyres. We tracked Les down, on the phone at least, and liked what he heard. Last month, the PR wheels began to rotate more quickly, when it was confirmed that the first all-new TVR for 12 years will debut at the Goodwood Revival in September. And as the first picture above shows, it'll have a manual gearbox. The thing rather too many modern sports cars don't have.

The question is, especially for the younger end of the audience, how much should we care? Answer: a lot. TG and TVR go way back together, and we spent a good portion of the 1990s looking through the side windows of Lord knows how many of these cars. But as the fully automated electric car world draws ever closer, TVR’s commitment to internally combusting old-school high performance has never been more welcome. Factor in that TVR’s new owners have also engaged the services of a company called GMD – Gordon Murray Design – to develop the car, and it’s clear this comeback has serious legs.

Time, then, for a proper face-to-face summit, which was scheduled for the week after Le Mans because Les was there. Le Mans, it turns out, is a key part of the plan: TVR will be racing there much sooner than you might think. Interestingly, it was Les who masterminded Aston’s return to endurance racing in the early Noughties, having secured the license to run the programme, before doing the deal with David Richards at Prodrive. Apparently, a Vanquish-based LMP1 contender was on the drawing board for a while, before financial realities kicked in, and the programme switched instead to the DB9 and Vantage (highly successfully, not least in 2017 when it took a class win).

The more you find out about Les Edgar, 57, the more reassuring New TVR starts to sound. Edgar’s background is in computer games, which has given him both a buccaneering creative spirit but also a powerful pragmatism. He’s also a committed petrolhead, one with rarefied tastes. He talks animatedly about his Aston Martin N600 Vantage – another Nineties British bruiser – and more wistfully about the Aston Martin DB4 GT Zagato and Ferrari 250 GT SWB competizione he used to own (he sold the latter to Eric Clapton). Then there’s the way he and his colleagues set about wresting TVR back from its previous owner, the young son of a Russian oligarch.

"We had an in-road into Nikolai Smolensky," he tells me. "He was disinterested at first. But then he told me a story that led to my bid. He was in Berkeley Square in London when a kid, who was walking with his father, came up to him, kicked him in the shins and shouted, 'you killed TVR!' I suggested we could help him repatriate the brand to the UK. It was a bizarrely straightforward transaction after that."

Top Gear: Give me the elevator pitch on New TVR.

Les Edgar: Six-speed manual, 5.0-litre Cosworth V8, shouty, great looking, top speed 200mph – although we can limit it if you want – 0-60 comfortably sub-4.0 secs, Gordon Murray designed, full ground-effect aero, carbon fibre chassis, full leather trim, unique colours. We’re targeting power-to-weight ratio rather than outright power. Fully loaded, the launch car weighs under 1,250kg and has 400bhp-per-tonne. We’ll have to eke some more out of it… All for £90k. That sounds pretty good to me.

TG: Is your take on TVR that it’s a balls-out sports car? Or a grand tourer?

LE: It’s more towards the Aston spectrum than it is Lotus. Sports GT is where we’re headed. Sports cars should be small. An Aventador is not a sports car. The Griff rides well because it’s on smaller wheels and taller tyres, which is what we’ve gone for. It’s more comfortable. The new car had to be timeless, although that’s a difficult thing to strive for. The Griff had simplicity. We tried to get that with this car, but there had to be some cues that tell you it means business. So there are thumping exhausts at the side, and lots of aero at the rear. We’ve avoided fitting too many electronics; they’re expensive and will be unreliable at some point, although we do have digital instruments and a touchscreen infotainment system. We’ve used ultra-reliable components and then ‘bespoked’ them to TVR’s need.

TG: Doesn’t the Porsche 911 terrify you?

LE: Everyone looks at the 911 and thinks, ‘well, they got everything right’, in all the key parameters. Everything but nothing, in a strange sort of way. Sports cars used to be unique, they used to have foibles. Now it’s difficult to tell them apart. TVR did that brilliantly. We are the under-dog challenging everybody, whether on the road or the race-track. The passion drives us on. It sounds trite, but it’s true. If you haven’t got that, you’ll build a competent car, but you won’t build a TVR. That said, we have built an incredibly sound business case.

TG: So where did you start?

LE: Our job is to broaden the marketplace. We couldn’t sell a car like the Sagaris straight off. People have been softened by the latest cars, whose set-up and software make you feel like a God. Porsche owners have reached a certain level, they know what they’re getting, they won’t get laughed at by their mates when they say they’ve bought a 911. If you’re not an outright sports car fan, you’d be very happy. As you would with an Audi RS6. The reliability thing has been a real focus for us. Not just to conquer the historical problem TVR might have had in that area, although I honestly don’t think they were any worse than many others. It was more a case of too much power, not enough control. You could do that then, now you need to be more pragmatic.

I helped put Aston Martin back at Le Mans, now I want to see them off with this car

TG: The day you did the deal with Gordon Murray must have been a good one.

LE: We couldn’t afford to develop the electronics to make you feel like a God, but we knew Gordon was a God, so we figured he could do it. We’d bought this magnificent brand, and we thought, ‘what do we do now?’ There was no way we could launch a new TVR at £150k, although maybe we’ll get there eventually with something else. We talked to everybody. We talked to Gordon, but knew we couldn’t afford him. Anyway, there were three of us on our side, with GMD’s entire board opposite us. They told us about the city car. Then I said, ‘well, we’re going to Le Mans’. And instantly every single one of them smiled. Emotionally, they’re racers. I thought, this might just work.

TG: How does GMD’s ‘i-Stream’ technology work on the new car?

LE: There’s a steel tubular skeleton, mainly there to locate the engine, suspension and driver. A carbon fibre sandwich with honeycomb centre is bonded in around it. That makes it enormously strong, approaching 20,000 Nm per degree. You attach the crash structures front and back. They’re aluminium, and bolted on. The carbon panels are created at low pressure and low temperature, not done in an autoclave, so they’re cheaper to manufacture. The body consists of composite panels, bolted on at the end of the process. In an impact, the frame takes the impact and directs the forces through the tyres. So it won’t ripple the body. We’ve done massive amounts of computer modelling on this. We’ve also done accelerated salt water corrosion tests. It won’t rust.

TG: And you’re serious about taking TVR back to Le Mans?

LE: One-make race series is definitely happening. For me, for a sports car to show its mettle it has to go racing at Le Mans. I helped put Aston Martin back there, now I want to see them off with this car. The focus right now is on building a great road car. You need a lot of downforce at Le Mans, and Frank Coppuck [Technical Director at GMD] said, well the car needs to be wider, because the wing design is restricted by the width of the car. It also needed more presence and stance. So it’s 100mm longer, the cabin is 420mm wider, and that also gives us more width at the rear. That was a hard-fought battle, and one of the few compromises Gordon made.

TG: Only a madman would start building cars. Ergo you are mad.

LE: Correct. [laughs] There are lots of things you need to have, aside from money – and you can never have enough of that in this business. You certainly need to have some balls. Having a relatively small budget focuses you on the important things. Look, an opportunity like this doesn’t come along very often. In fact, it doesn’t come along at all. To revive a British sports car brand, a genuinely iconic name, British-owned, British-built… as a starting point, that can’t be bad. This isn’t somebody indulging in a mid or late-life crisis. We need to do this. I need to do it. TVR needs to come back and be great again.