How better to tackle one of the world's oddest cities than in our favourite kei car? 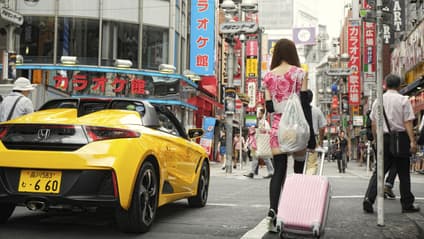