Some crazy cats have put a 5.0-litre engine in an 86 then turbocharged it four times over 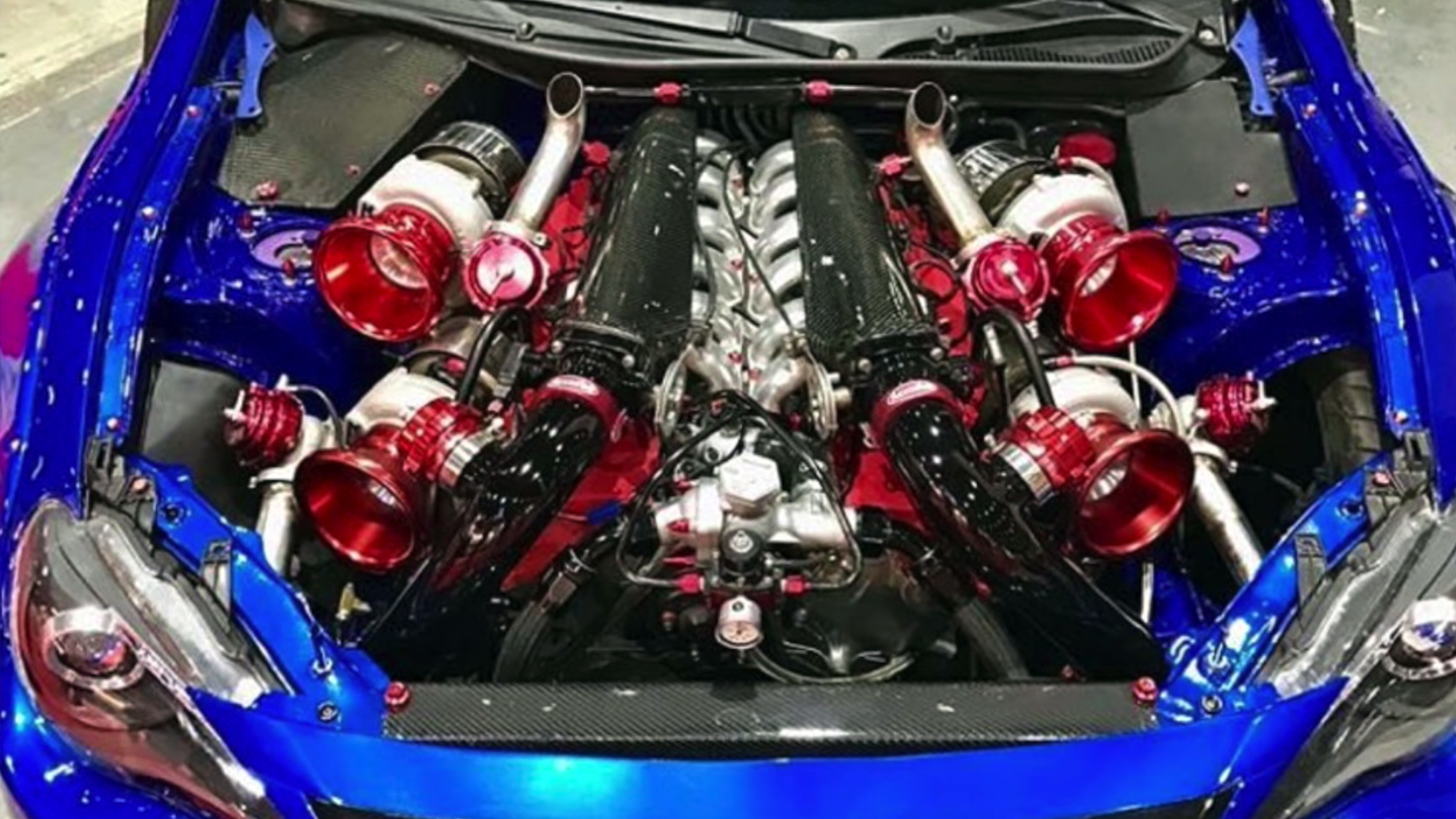 When the GT86 was first released, Toyota’s engineers told us there was no way it could be turbocharged. Now way. Nuh-uh. No siree. Why? Well, according to these so-called Toyota engineers, there was absolutely no way a turbo would fit under the hood because the packaging of the 2.0-litre boxer four engine was so tight.

Well, these engineers should have spoken to K.K Performance, as they’ve managed to fit not one but four (four) turbos under the bonnet. Oh, and another eight cylinders. Yes, what you see above is a V12, quad turbo GT86. A packaging masterpiece and likely, something that’d get you into a lot of trouble, all rolled into one, modified package.

Built by UAE-based shop K.K performance, and shown off to a crowd of slackened jaws at the recent Custom Show Emirates tuning event, this particular 12-banger is from the only front-engined, rear-wheel-drive, V12 car Japan produces: the Century. Both donor car and engine are mighty lumps of modern-retro-expensive brilliance but this particular 5.0-liter 1GZ-FE V12 has been turned up to eleven with the addition of four turbos. Then painted red and cladded in carbon for that extra sucker punch of WTF.

Unfortunately, we don’t have any power figures, but thanks to the video above we know it does actually run. So probably not such a reasonably fast car now, but a bloody fast one instead.

For those who can’t remember, they took the normally mid-mounted 570bhp, 398lb-ft Ferrari V8 from a 458 and shoved it in the front of a Toyota GT86. That required quite a lot of head-scratching and bespoke fabrication. So who knows how much work was required to get a massive 12-cylinder and four (we say again, FOUR) turbochargers under the bonnet for this crazy franken86.

So, who thinks we should let our celebs lap our track in this?