Video: watch a man set a speed record on an electric skateboard

Mischo Erban hits 59.55mph on a board and picks up a Guinness world record 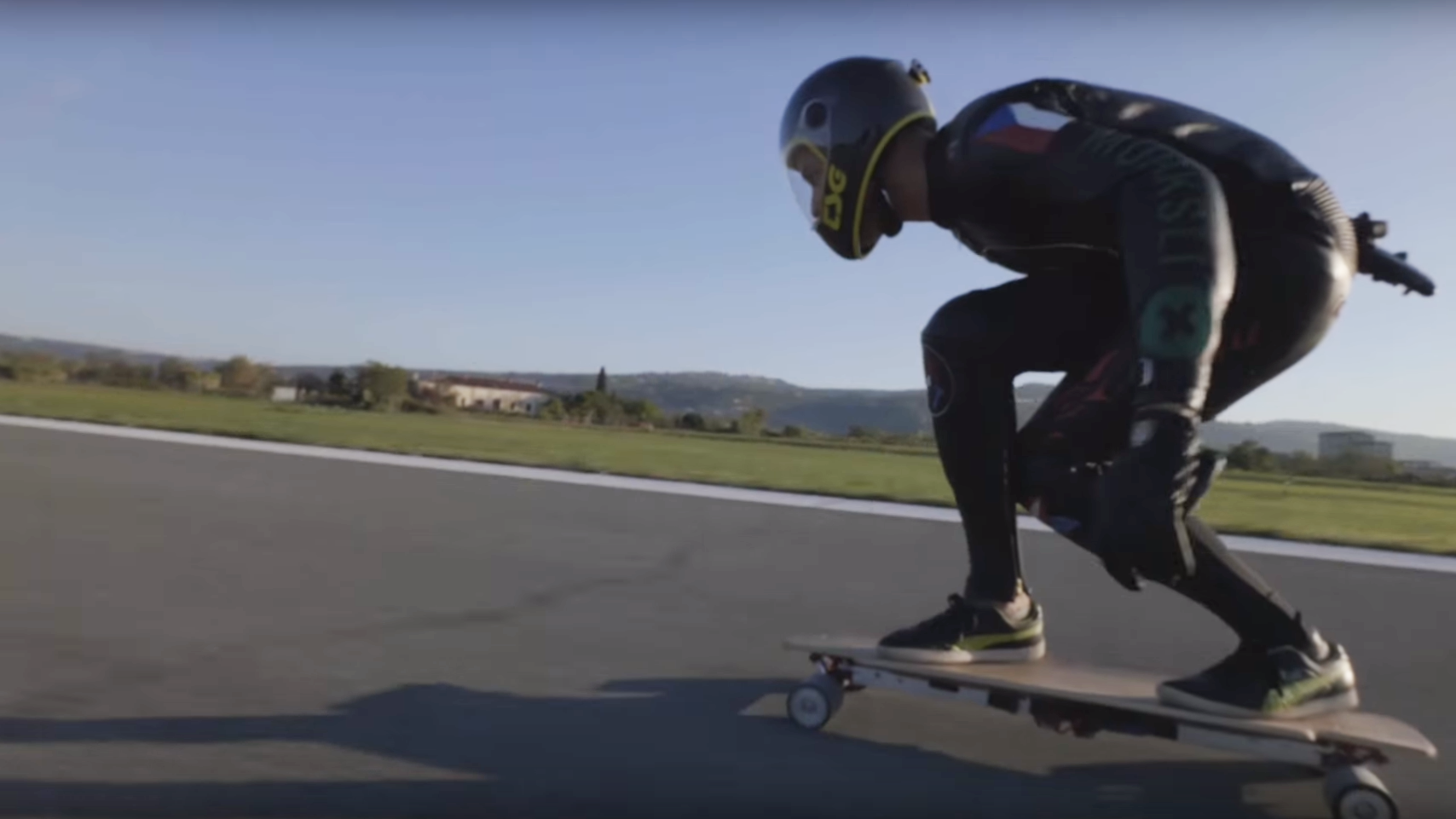 It should be stated from the outset that you should definitely not try this at home. Once you’ve seen the first few seconds of the video, you’ll soon understand why. It’s dangerous.

Dangerous, but mighty impressive. A man on an electric skateboard has set a new world record for the fastest speed on said electric skateboard. That man is Mischo Erban, who reached a rather terrifying 95.83km/h on his modified longboard.

Quick, then. That’s 59.55mph, which officially gives him a Guinness World Records title. The run was completed at the Portoroz airport in Piran, Slovenia.

The board itself is a ‘NEXTBoard’, built by a Slovenian tech start-up called Next Generation Vehicles. It took two years to develop and build the board, which gets four Scorpion motors and two batteries. It takes 1.5 hours to charge, but boasts a range of some six to nine miles.

More interestingly however, is the company’s next ambition: a new race series using electric longboards. “Events could be organized on large flat grounds anywhere in the world,” explains Mischo.

Sounds good, if a little, um, dicey. We can’t help but recall classic 90s videogame Road Rash. Would you watch an electric longboarding race? Let us know below...