Someone has built a Subaru Impreza funeral car

What a time to be alive (or not): your final journey now comes with real hearse-power 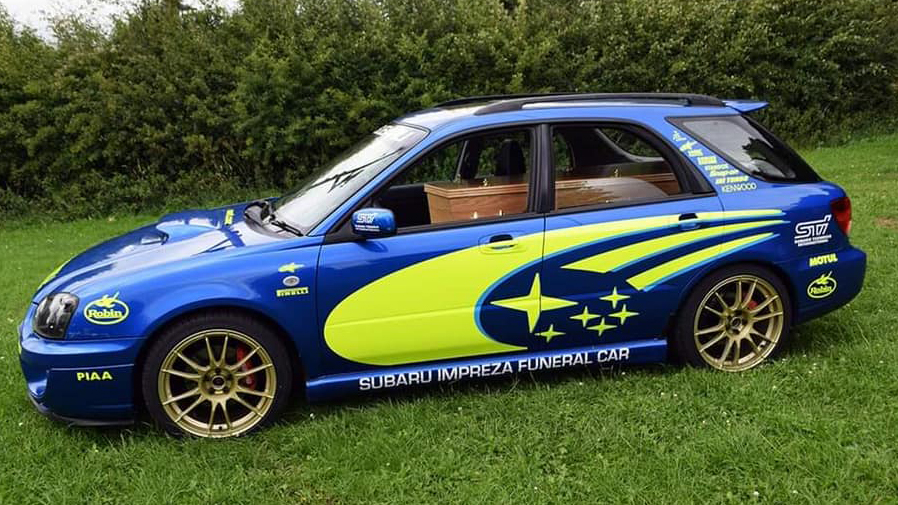 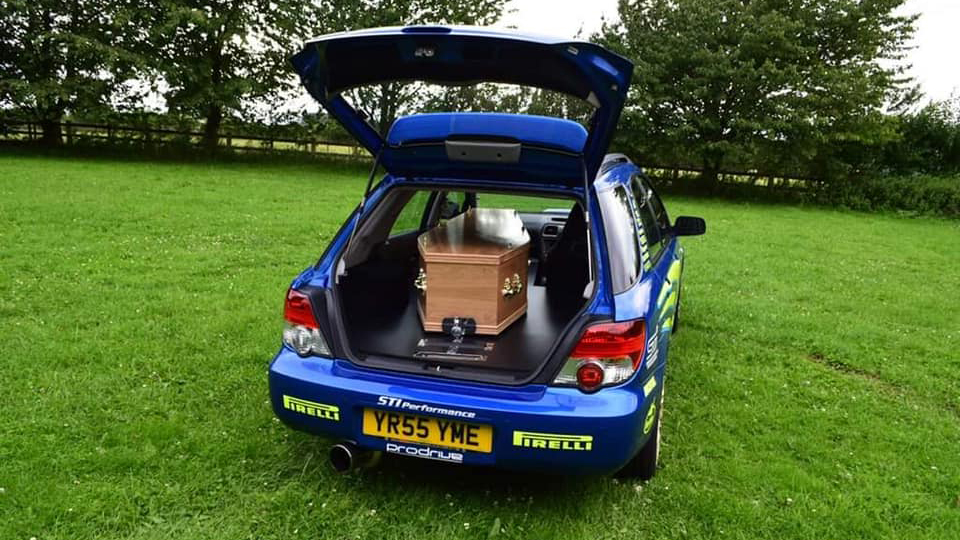 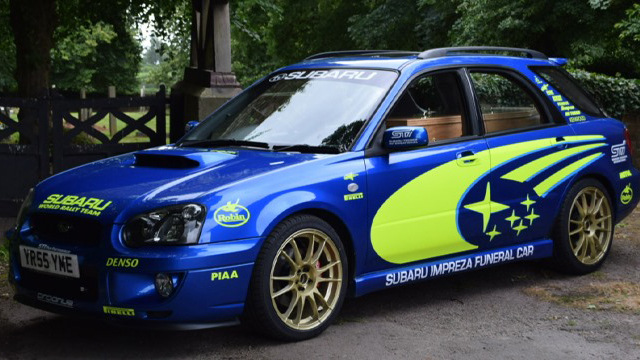 Sorry if this news to you… but one day you're going to die. It's an inevitability. And, as a general rule, your last ever drive is the one to your funeral. That’s quite a daunting prospect for us petrolheads  – mainly because we won’t be behind the wheel, but also because the hearse options most undertakers have the keys to are pretty uninspiring.

Coffin carriers can range from Ssangyong Turismos capable of swallowing four coffins in one to pimped-out Rolls-Royce Phantoms. But there’s now some very good news for Subaru fans. Cumbrian farmers and bobble hatters, then. Your trip to that big hole in the ground and a dirt-nap can now be had in the back of an Impreza. What a time to be alive! Or dead...

It comes courtesy of a company that has converted the rally-rep estate for hearse duties. On their Facebook page, they claim (if you can navigate the minefield of grammatical and spelling errors) to be “the UK's first-ever Subaru Impreza funeral car” and are sure to make “that last drive one to be remembered for all Subaru, rally and performance car enthusiasts.”

Based in the Midlands, we're told the blue-painted, gold-wheeled death chariot will proudly cover all of the UK. And the Impreza is more than capable of that. It’s powerful, all-wheel drive and can handle any typically damp British B-road with spectacular effectiveness.

Now, Top Gear has previously proved that the perfect secondhand family car is not a spacious Volvo 840 estate, or a hardy Land Rover Discovery. No, the perfect second-hand family car is… an old hearse. Hearses, after all, are a) spacious b) carefully driven, and c) really very cheap, on account of no sane human wanting to buy something that’s spent a decade ferrying corpses about. This Scooby ticks all these boxes twice over.

Would you want your last trip to be in the back of this blub-blub-blubbing boxer-engined brute? Now, we don’t want to tell you what to do, it’s your funeral after all. But, if you’re a prankster, it could be an excuse to finally get one over on your die-hard Mitsubishi Evo mate who said they’d never be seen dead in a Subaru. Just a thought.