We like all things extreme at TG. But we never thought we'd try out radical war machines... 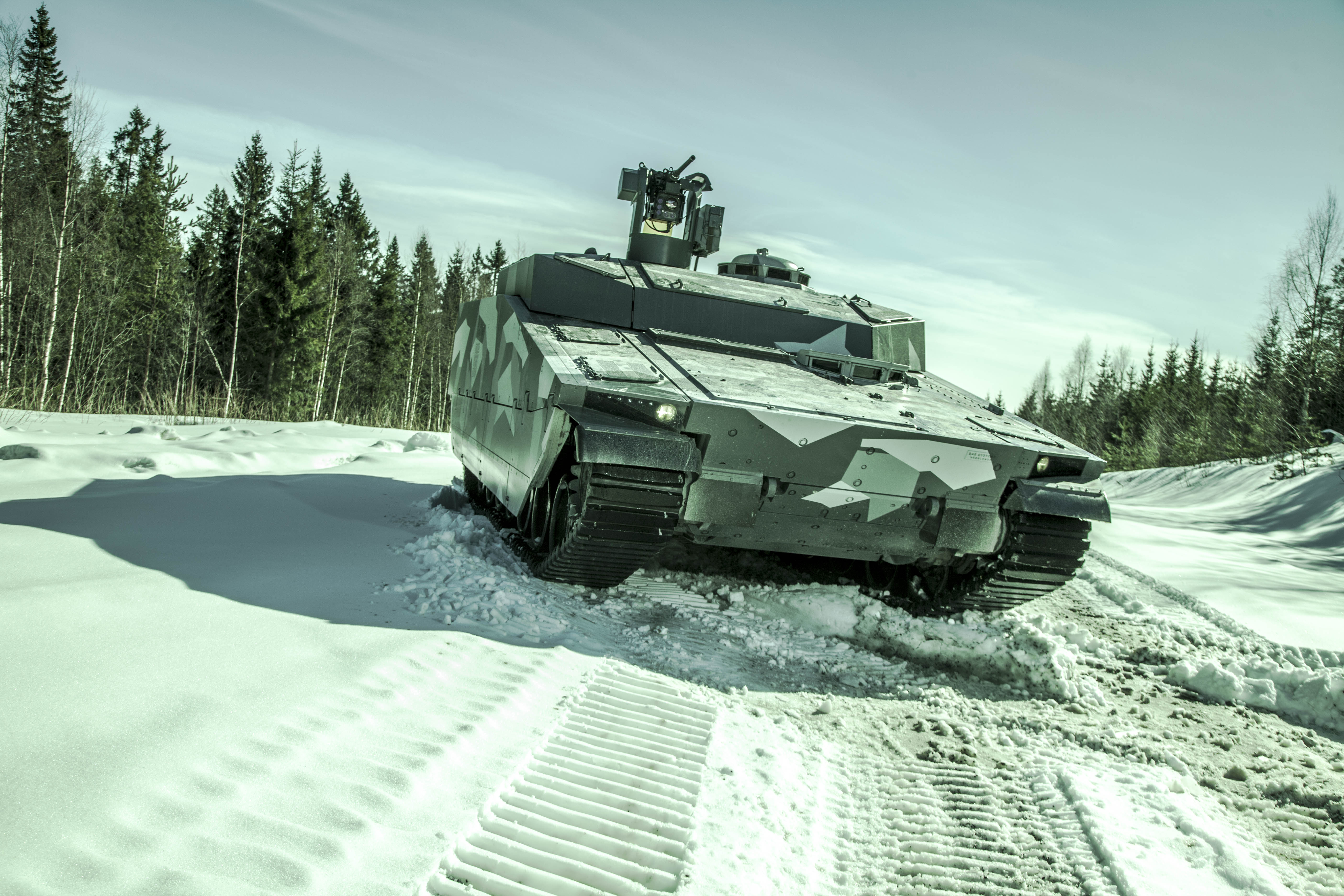 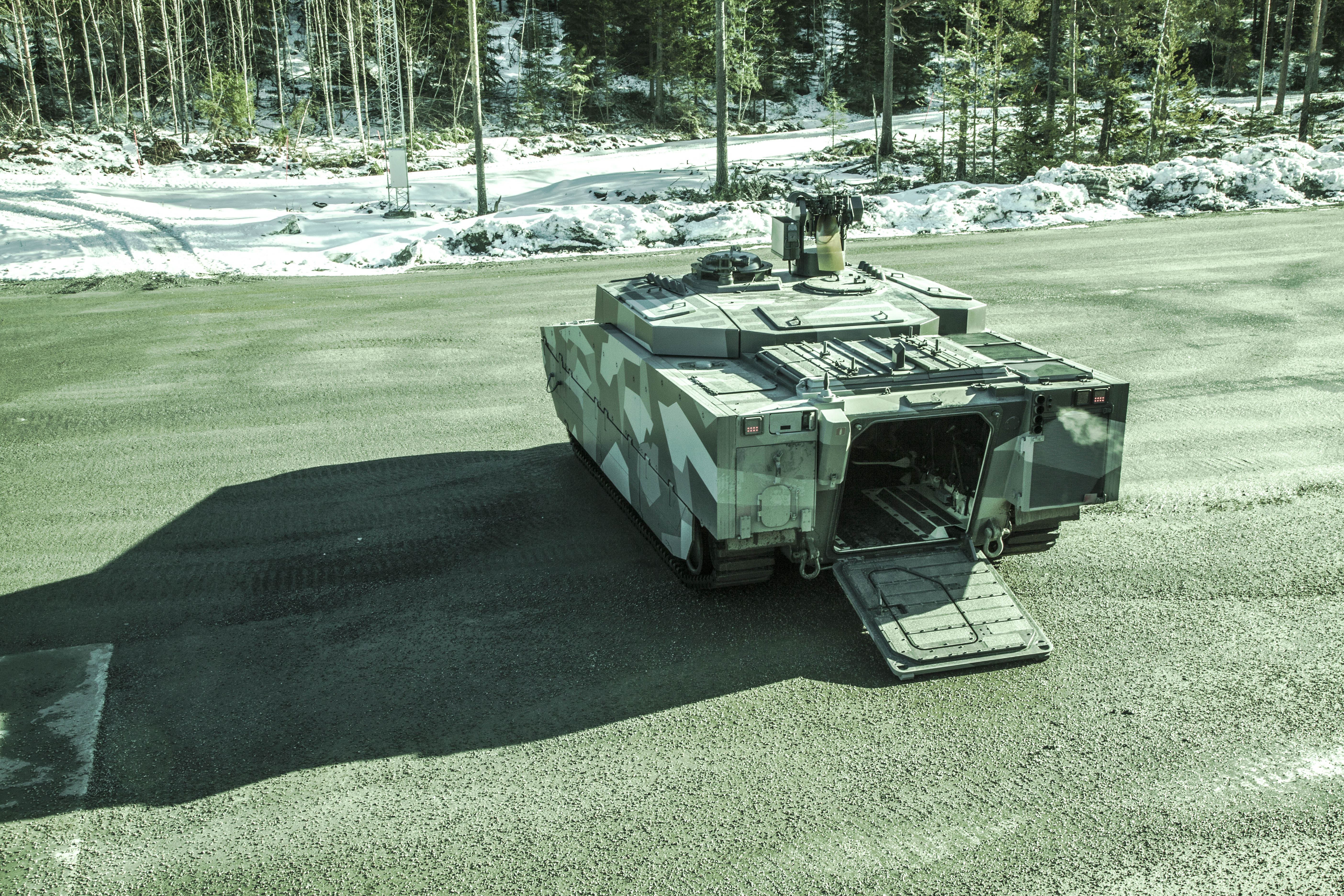 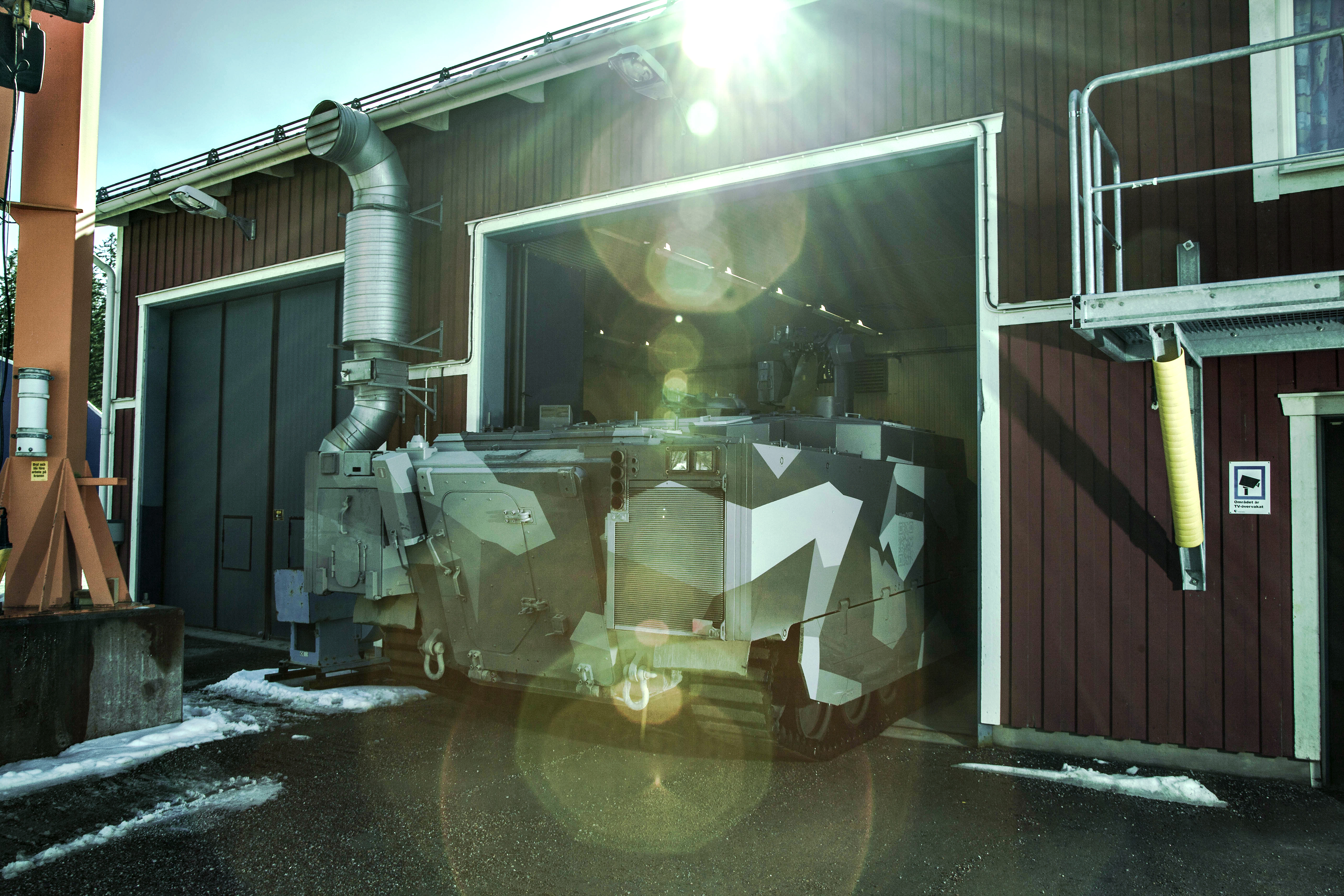 You might expect us to start with the laser-guided robogun, which seeks and destroys distant targets all by itself. Or with the camouflaged sideskirts that can be covered with morphing heat cells that, when viewed by radar, make the whole thing resemble a cow. But nope. Instead, and because this is actually a sensible road test, we should start with the single-most important thing about this £3 million Swedish hunter-killer: the ride quality.

It’s called the CV90 Armadillo, and it’s the first tracked vehicle ever to be fitted with active suspension. This means it can soak up lumps and bumps unlike any other tank, which in turn means it can travel 40 per cent faster over rough ground. Like a road car with adaptive dampers, the Armadillo continuously stiffens or slackens its suspension to better cope with the landscape, so instead of bouncing along it stays flatter and more level. And if you’ve ever tried firing a gun from a fast-moving tank, you’ll know why this is a good thing.

Made by BAE Systems in Sweden, in the same factory once used to make Alvis cars, the Armadillo is the newest addition to the CV90 range. But whatever you do, don’t call it a tank. It is, I’m told, an infantry fighting vehicle. It’s designed to move fast, lurk in forests, fight airborne enemies and protect those inside from bomb blasts that shorten your legs and send you into cardiac arrest before you even realise they’ve exploded. “Imagine 100 tonnes of TNT going off 10 centimetres under your arse,” says my ex-army instructor, who chose not to be identified here. “You’re looking at a force of 100,000g to 300,000g, which can be slightly… uncomfortable.”

Whether it’s officially a tank or not, it has tracks on each side, there’s a gun on the top, it weighs 30 tonnes and the armour is as thick as a dry-stone wall. So it looks quite tank-ish to me. And although it hasn’t yet been delivered to the first paying customers, they’re going to let me drive it.

To enter the cockpit, you must first climb up a three-foot ladder onto the bonnet, before lowering yourself down through a manhole cover. Your legs dangle through the hatch until your bum drops into the canvas driver’s seat, which is suspended like a baby bouncer (it’s designed like this to put plenty of fresh air between your backside and any incendiaries). And it’s here, in my tanky hammock, where I survey the controls for the first time.

I was expecting a primitive series of pulleys and levers, but apparently tank tech has moved on a touch since WWII, so anyone capable of driving a car has a chance of operating one. There’s a pedal for the brakes and another for the throttle. The steering wheel is shaped like a square-bottomed ‘U’ with triggers on the top to work the windscreen wipers (I was hoping for missiles, but never mind). It has a 16.0-litre V8 diesel borrowed from a Scania lorry, which produces 810bhp and is positioned about a foot to the right of my head.

"I was expecting a primitive series of pulleys and levers"

The rest of the instruments are a mixture of aviation-style dials and more familiar buttons with icons for the heaters and aircon. It’s a snug fit, not unlike the cockpit of a fighter jet, though today they’ve left the hatch open to help me see where I’m going. Thankfully, I won’t be alone, because the first thing you must know about driving a tank, is that you’re not really driving a tank. Sure, you press the pedals and turn the wheel and set 30 tonnes of heavy metal in motion, but the commander calls the shots. Sometimes literally.

Hold a button down, and the engine churns over (for the purposes of this road test, I should point out there’s a touch of clatter, but we’ve experienced worse). Prod the throttle, and the revs shoot up remarkably quickly for a giant turbodiesel, but with a 2,500rpm red line, it’s hardly frantic. Slide the gearlever into D, and the revs rise slightly before we creep away – as easy as that. This one’s fitted with rubber tracks, so instead of sounding like a clanking monster it actually moves along quite smoothly – the chuggy engine makes more noise than the tracks. I even sway gently in my seat.

The steering wheel has knobbly grips and the nodules press against my skin. Unlike a traditional steering column linked to a set of front wheels, which change their angle to correspond with your inputs, a tank steers via the transmission. In other words, if you move the wheel to the left, it reduces power to the left tracks and increases power to the opposing set. With one side moving faster than the other, it naturally turns towards the slower side. So, as I turn the wheel, the whole thing jinks to one side or the other. In neutral, and at full lock, it cuts power completely to one side and sends it all to the other, so you can do pirouettes on the spot. Tank donuts: probably the most fun you can have in a fighty war machine.

And so to the suspension. Deep in its guts, the Armadillo has many gyros and accelerometers and yaw sensors, all feeding into a ‘skyhook algorithm’ so it can work out how much it’s pitching around. For example, if it feels its nose clatter a bump, it quickly tells the rear end, which braces itself for the impact. How? Look inside the tracks – there are seven wheels on each side. Each is attached to the chassis by a swing arm, like the back end of a motorcycle. In a passive system, the arm would do its own thing, but here it can be slackened to ‘swallow’ a bump, then locked off to stop the tank from rebounding. Stops it from diving forwards on the brakes, too.

It works freakishly well. My eyes and ears tell me I’m barrelling over jumps at 50mph, but my body stays on roughly the same plane across the obstacles. If I were operating a machine gun from one of the fighting hatches I would almost certainly miss the target, but by less than if I were being carried on ordinary suspension. In fact, I might not even need to pull a trigger – the options list includes remote weapons and anti-aircraft systems designed to shoot helicopters out of the sky, while the surprised pilot wonders how the hell that cow just fired a rocket. And that’s not a bad party trick, for a tank that isn’t a tank.