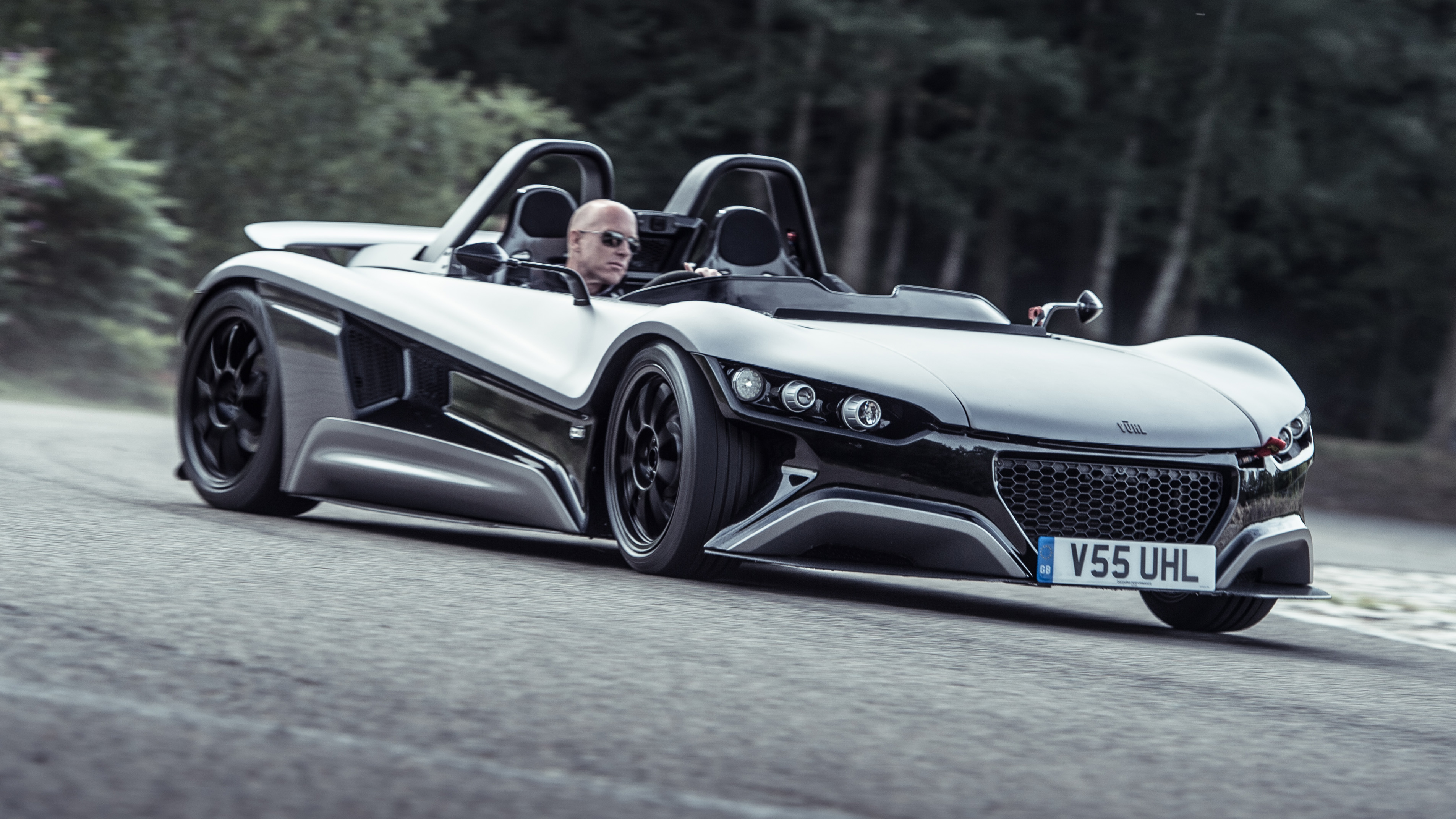 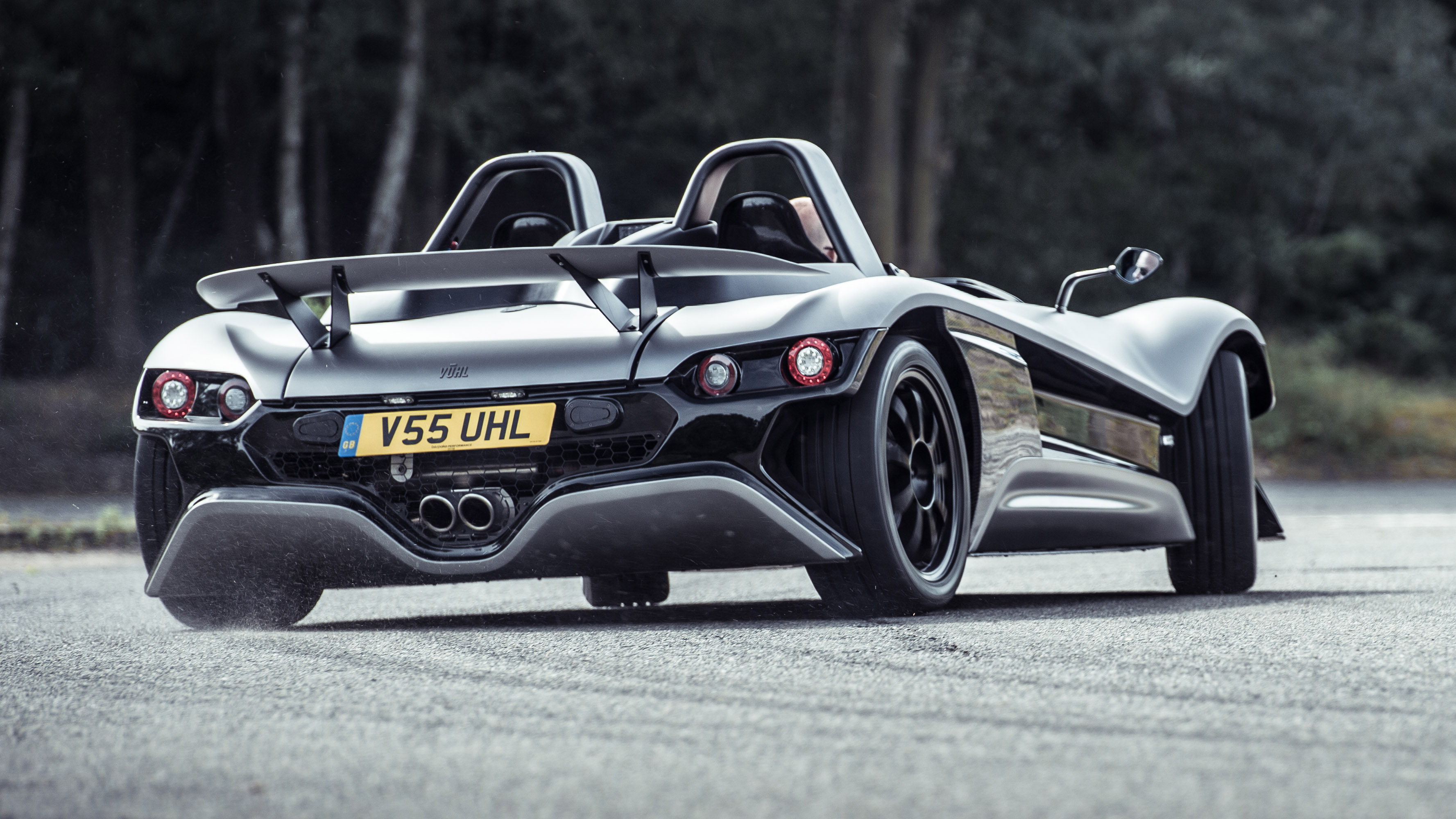 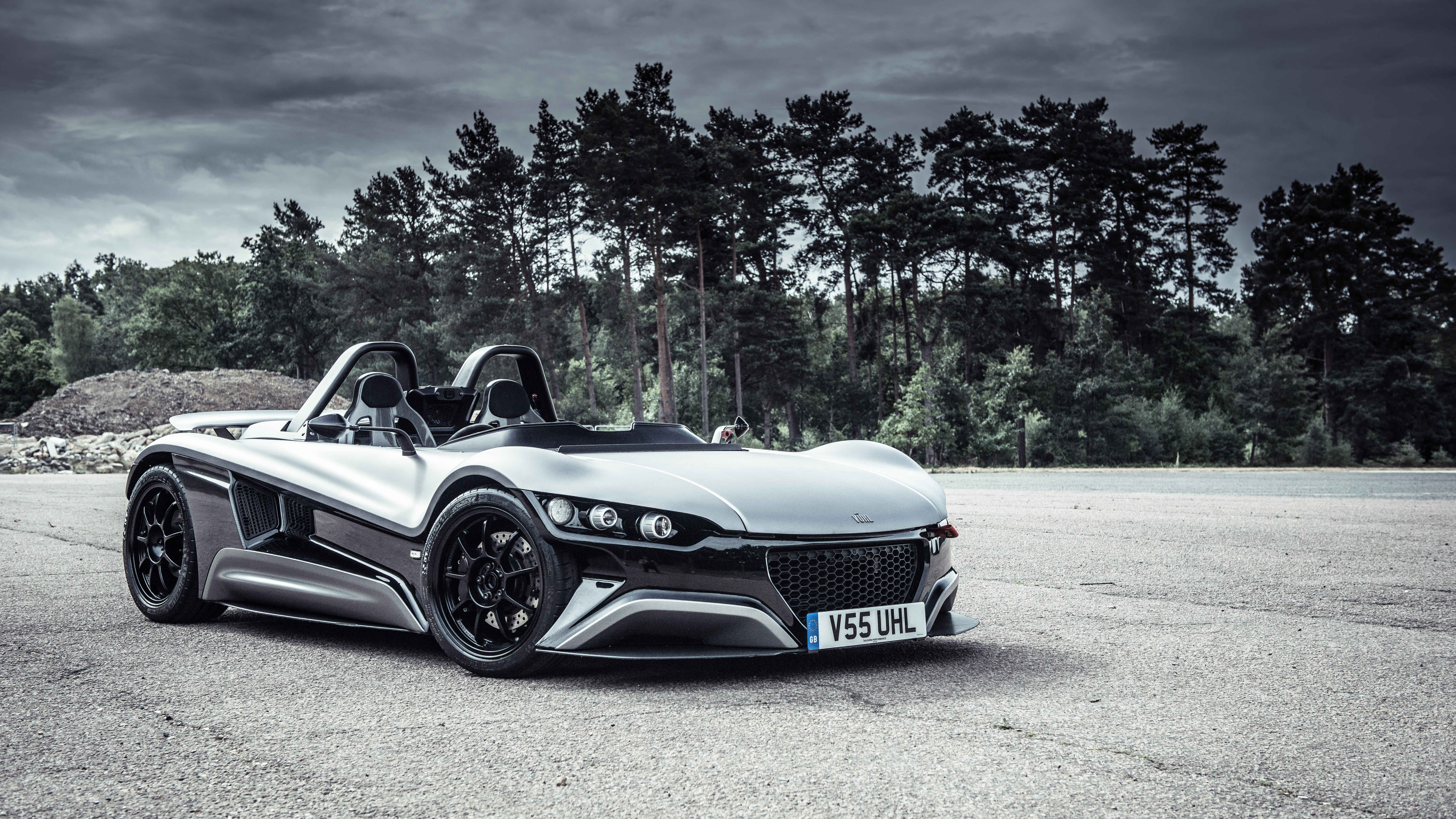 Emphatically not. Mexican. It’s called the Vuhl 05 and it’s the work of Iker and Guillermo Echeverria, brothers with a background in industrial design.

Agreed. Much of the design work was actually sub-contracted to an Italian design house, but – as a mark of the attention to detail that’s evident throughout the car – Iker actually went and lived in Italy for six months while the styling was being finalised.

The surfacing is successful. Many barebones cars look fiddly, but this has a clean aesthetic appeal.

The panels are fibreglass, but you can have them in carbon, saving 30kg, and switching to titanium bolts saves another 4.5kg.

There’s a wing on the back, but the idea wasn’t to add massive downforce, just to balance the dynamics. The underbody aero actually does more sucking than the wing does pushing.

Bonded and riveted aluminium structure with double wishbones at each end. Powering the 05 is a drivetrain borrowed lock-stock from Ford: 2.0-litre Ecoboost turbo, six-speed manual gearbox, no limited slip diff.

The Vuhl develops 285bhp (a lower-powered version with 240bhp will also be available), and if you think this sounds familiar, it’s pretty much the same set-up used by Zenos for the E10.

Speed isn’t an issue. The turbo delivers oodles of readily accessible punch with which to push along 700-odd kilos of windscreen-less sportster. 0-62mph takes a claimed 3.7 seconds, and it feels every bit that fast.

Traction off the line is little short of astonishing thanks to 310lb ft and those 245-width Michelin Pilot Super Sport tyres, and the gearchange, while not that short of throw, is clean and easy.

Noise, however, is an issue. Vuhl offer two positions for the air intake. Ours had it by my left ear. My left ear is now not functioning.

The turbo shriek is unholy, but this position is better for keeping the inlet air cool. The other option puts the intake near the back of the engine bay, reducing noise, but also reducing power.

And no-one wants that, do they?

I’m not so sure. Yes, noise is good, but this much noise is ridiculous. Tolerable if you’re by yourself, but there’s a bigger issue here.

The Vuhl isn’t a hardcore track day car. Well, not compared to, say, the Atom or R500. That emphasis on design and finish gives it a different flavour, as does the more relaxed powertrain. So it’s really good at low speed – the steering is light, the turning circle good, the clutch easy. There’s even a really cleverly packaged 70-litre boot at the back. It has few vices.

If you want a lightweight car for darting through cities, this is the one to have. No issue with visibility either, you won’t be surprised to learn.

However, one of the reasons the visibility is so good is that you sit too high. And feeling exposed in a car with no windscreen isn’t pleasant when you want to go faster.

Wind management is exceptional thanks to a double gurney flap arrangement and the warmed radiator air exiting between the two, but the threat of pebbles and bolts impacting foreheads is less pleasant. It’s perfectly simple of course: wear a helmet.

True. And if you really care about that, the Vuhl probably isn’t for you. It’s been set up to be safe – for which you will quite rightly read ‘understeery’. The trouble is that the weight distribution is 35:65 front-to-rear, and if you give a car like that a sharp, grippy front end, and insert a less experienced driver, you’ll soon experience what we might call ‘rotational issues’.

The springs and dampers are adjustable, allowing you to alter the set-up, but even so, the Vuhl hasn’t been developed with lap times in mind. The steering reflects this by being too light at high speed – fitting a smaller diameter rim would help. 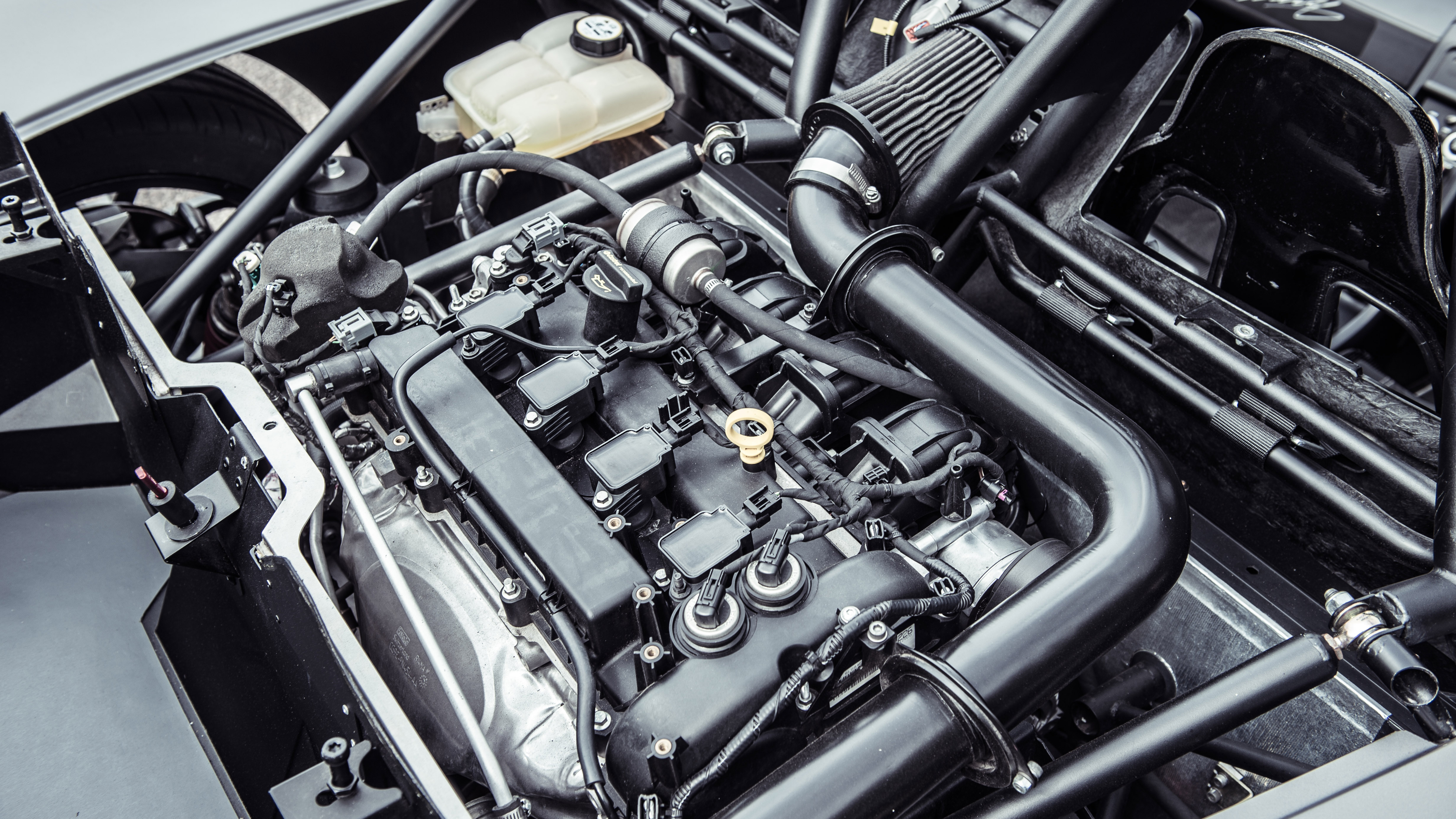 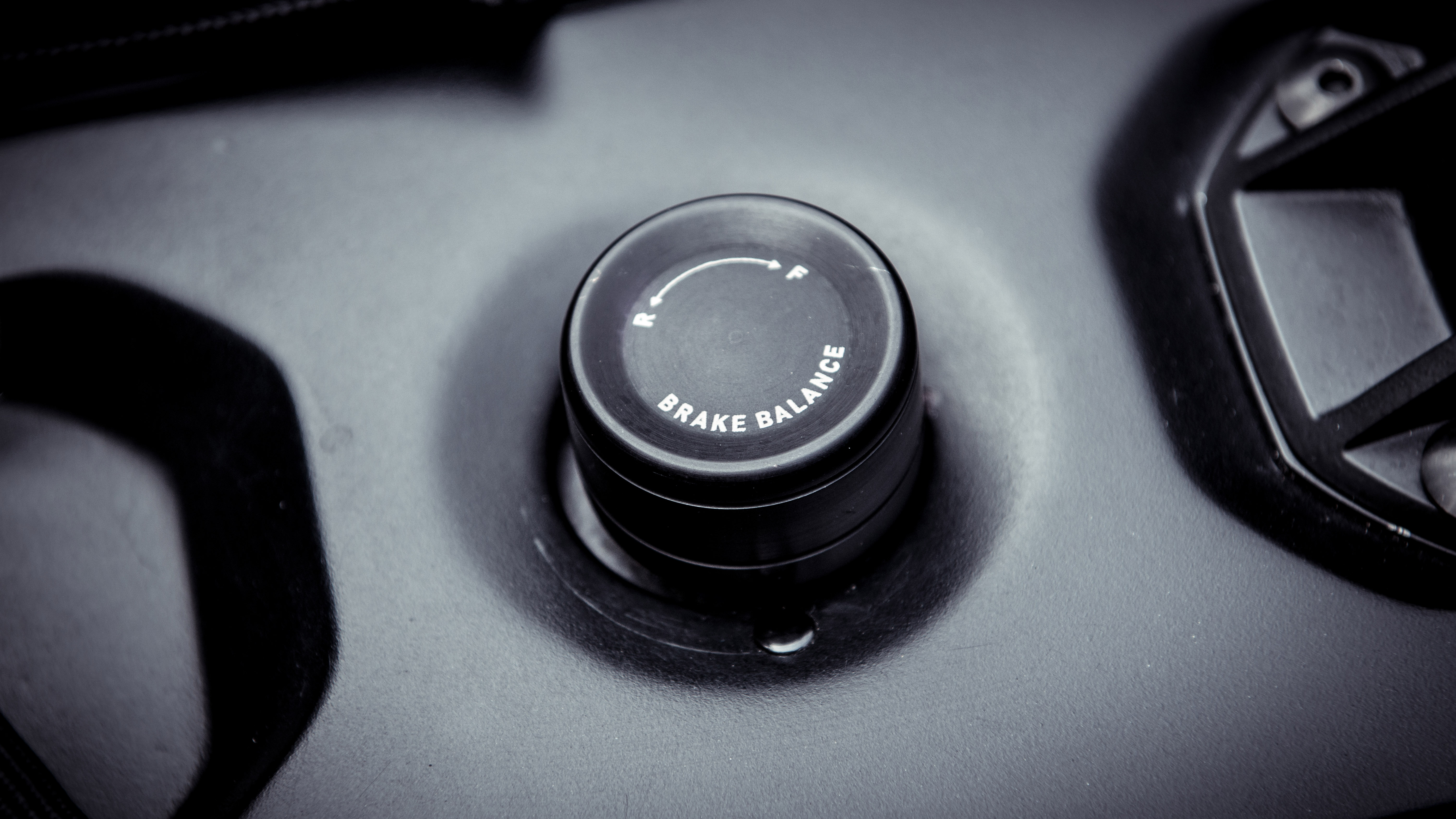 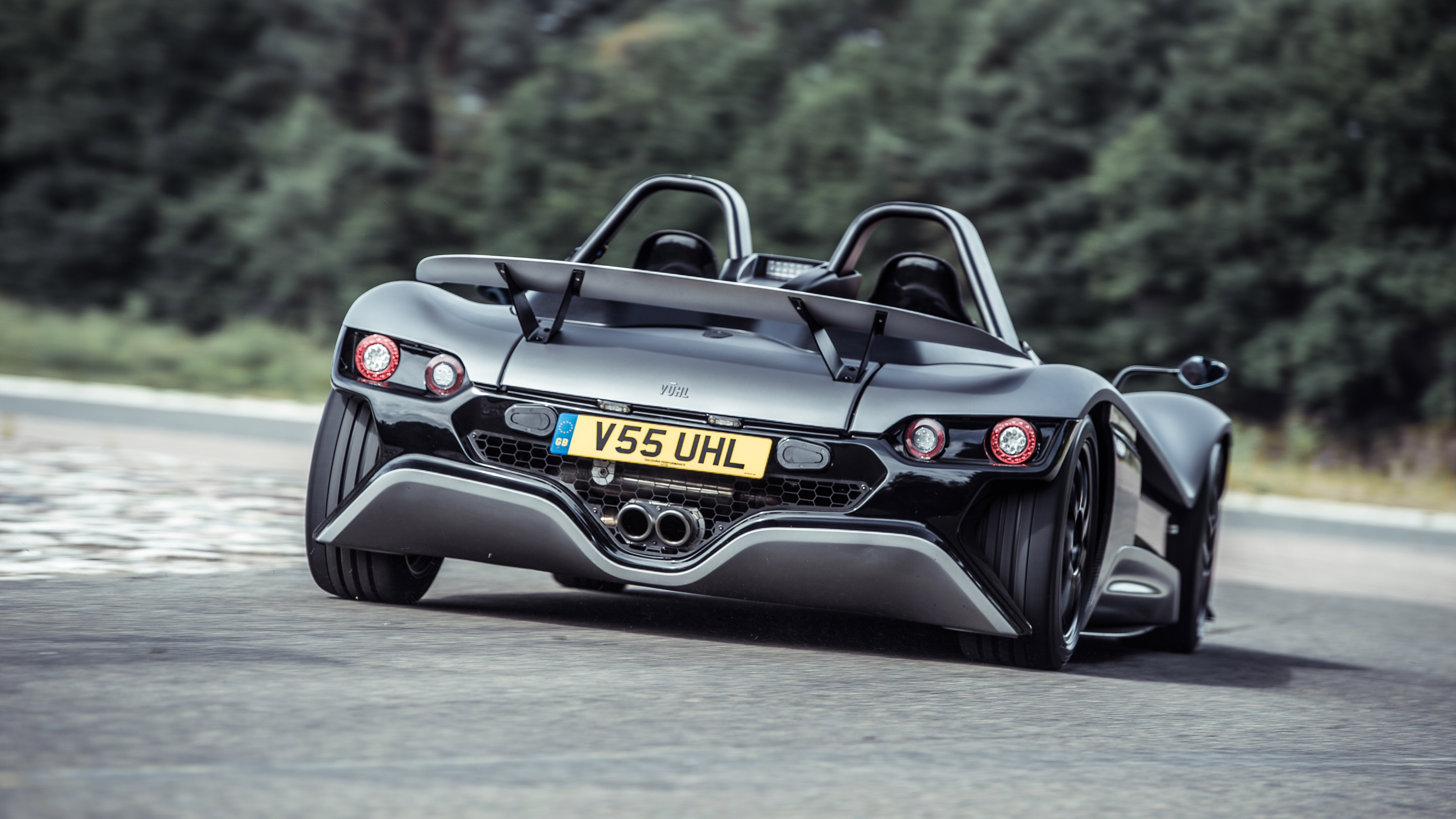 Is it still enjoyable, though?

It is. It doesn’t skitter and dart about like a cornered cockroach, but instead takes its time, rolls a bit more and, yes, understeers sooner than you might want it to. The balance is good, and you have to really provoke it to make it do something intimidating. It’s like a lighter, better KTM X-Bow, more progressive near the limit and with a clear idea of what it wants to be. Good on road, rather than track.

But then don’t forget this car doesn’t have a background in the UK track day scene. It’s been designed and developed for a different, more global audience, one that doesn’t have the same cultural connection with Lotus and Caterham.

It takes its inspiration from those cars, and many of the parts are sourced in the UK, but assembly is in Mexico, where the Vuhl brothers have managed to secure a large government grant and a production facility alongside the like of Airbus at Mexico City Airport.

I’m impressed with the attention to detail, especially when Iker tells me the tale of the gear cables.

Sshh. Initially Vuhl routed the cables all around the cockpit back to the engine, but they were experiencing to much resistance and wear. The Ford part that allowed the cables to return straight under the cabin and engine weighed 4kg. “It was this big lump,” Iker tells me, “and I wasn’t having it in my car”.

So he went on the hunt. And one day he wound up in a Seat dealership watching cars being stripped and noticed that the Ibiza had a much smaller, neater part that would do the job – so that’s what the 05 now has. All for a more elegant, lighter solution.

Similar stories emerge concerning the name, the flexible carbon fibre-style front splitter material, the built-in on-board camera, the fonts for the toggle switches on the centre console, the weld-free finish of the roll hoops. Everything, basically. The investment that’s gone into the project so far must be huge. I suspect it’s very well funded behind the scenes.

Of all the lightweights out there, it puts me in mind of the BAC Mono with its attention to detail and design emphasis.

Is it similarly priced?

No, although I suspect it’ll appeal to a similarly rarefied clientele. At £59,999, the Vuhl is half the price of the Mono, but still twice the price of the Zenos E10 with which it shares a more approachable driving style and powertrain.

Other rivals include the Elemental RP1 I drove a few weeks back, but that’s a much more engineering-led car, where they’ve worked hard to create front-end downforce.

Vuhl doesn’t expect to sell more than 25 cars a year globally for a couple of years, and in the UK, where we’re so intrinsically attached to our lightweight track screamers, I’m not sure it’s going to have a very successful reception. Which is a shame, as if you want a silly car for road driving, it’s quite a toy.