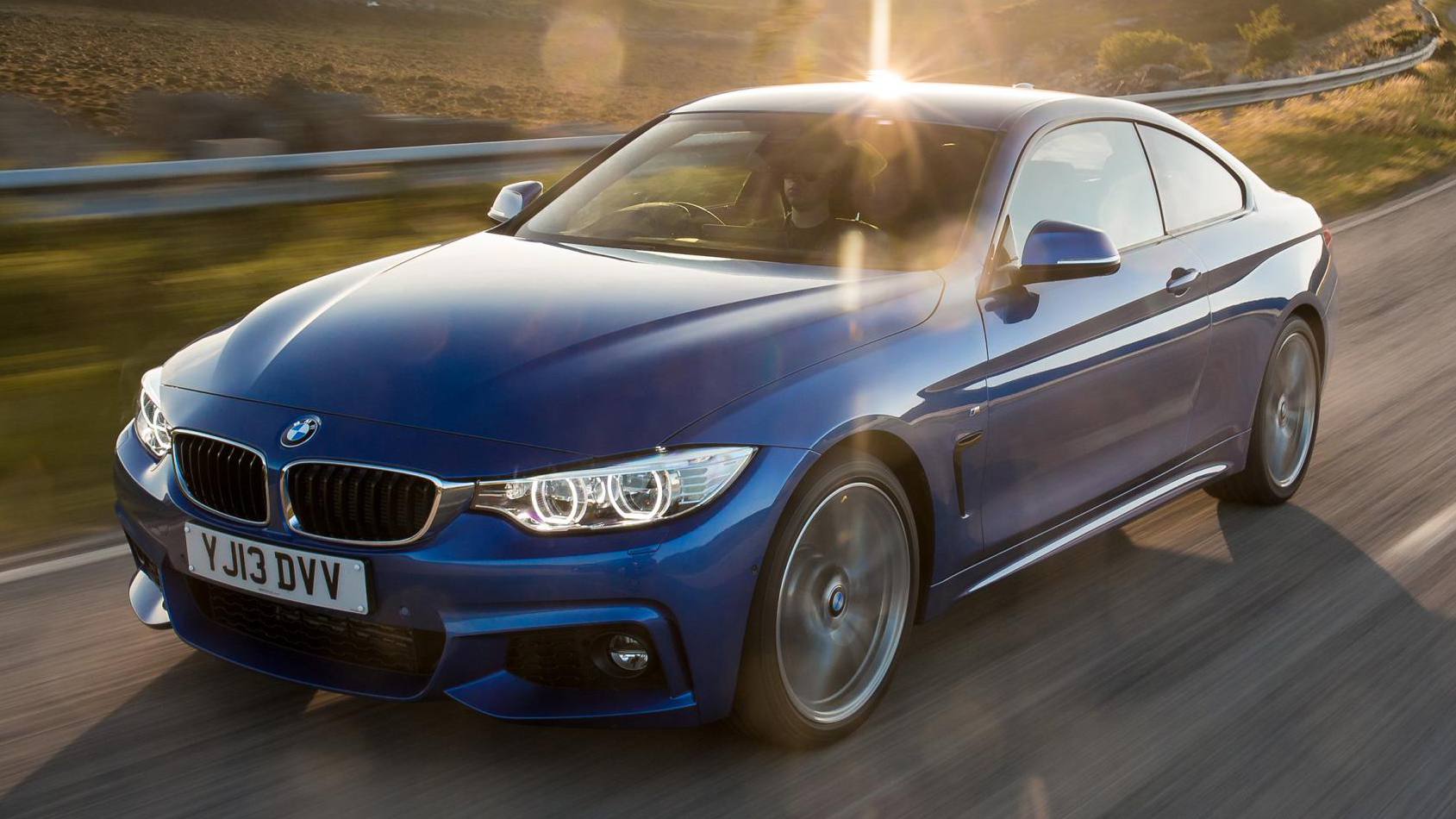 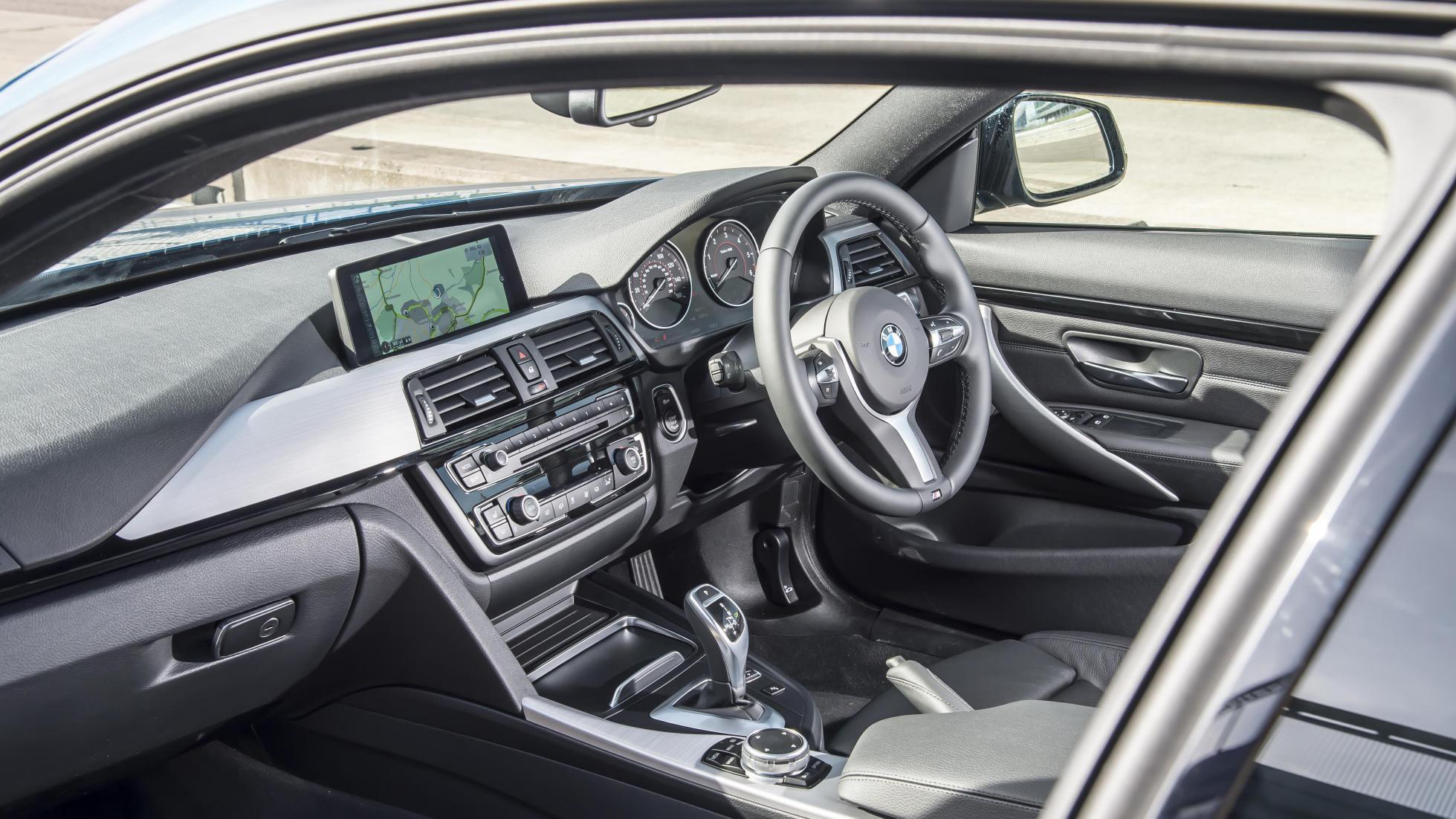 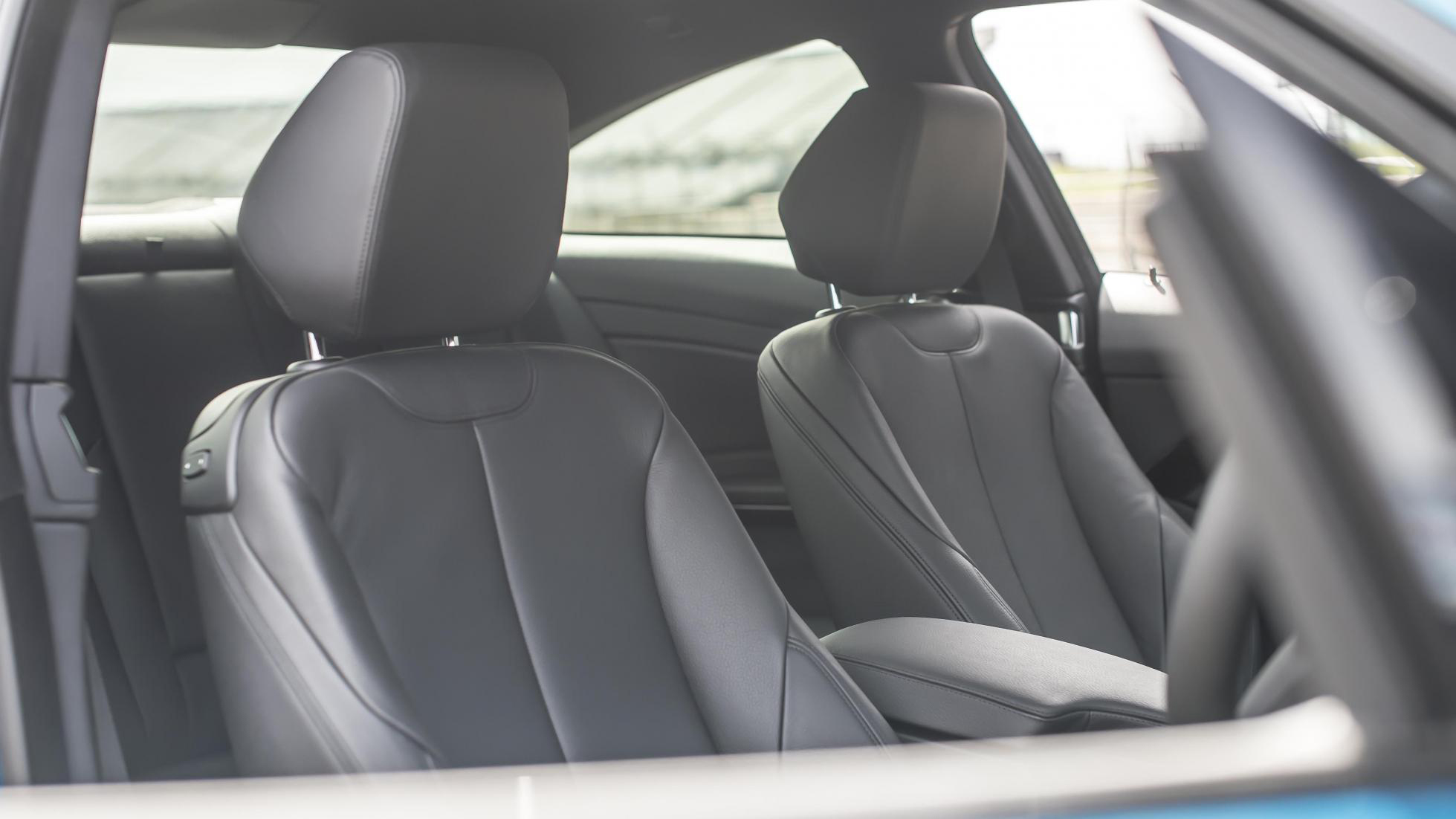 A BMW 440i? I have literally no idea what those numbers mean.

Fair enough – BMW doesn’t make life easy when it comes to badges. This is not a 4.0-litre BMW 4-series, but rather a 3.0-litre, turbocharged straight-six powered one, now with another 20bhp over the old 435i. That’s 321bhp in total.

As a result, BMW’s shaken up the Scrabble bag, so what you’d just got used to calling the 428i is now the 430i (still with four cylinders, now developing 248bhp). The car formerly known as 435i is this here 440i. It’s as fast as boggo 4ers get. Next stop up the 4-Series food chain is the M4.

Okay then. How fast are we talking for this sub-M Division flagship?

As fast as an E46-gen M3. BMW claims a 5.2 second romp from 0-62mph, and a predictable 155mph top speed. That’s the manual – we’re driving the automatic, which has two more gears and knocks two tenths off the 0-62mph sprint.

Is it a good engine?

A cracker. Hopping into a 4-Series with a 7000rpm redline is a rare treat, so far as the UK’s concerned. If a Martian came to earth and observed the 4-Series buying public it’d assume the car was only available with four turbodiesel cylinders.

So it’s all soaring revs and blaring exhausts? Nice.

Actually, you might not kiss that 7000rpm redline (albeit briefly, as even in manual mode, the gearbox auto-upshifts) as often as you’d think. Not when you’ve got 332lb ft available. And especially not when that’s all on tap from 1300rpm, right though to 4500rpm.

Ironic, isn’t it – BMW’s kept the straight-six alive but given it the torque-band of a diesel, so the 440i’s most comfortable being stroked along on part throttle, short-shifting and generally catching bolshie TDI Audis with their trousers down.

Don’t resist, though. Every so often you’ll have to click down a few gears and let that six warble a bit. It’s a good sounding car, this, free of that unpleasant resonance of an M4 or the staticky, slightly strained note emanating from, say, an M135i.

Yes, the turbo does rob it of a Pavarotti big finish at the top end, but it's got a tuneful, satisfying rasp that’s so refreshing among the usual turbodiesel clatter. Anyway, BMW’s got its foot to the floor cramming i8 electro-tech into its workaday models, adding hybrid drive to the likes of the 3 and 7 series. A straight-six 4-Series may soon become a relic, so this one’s worth enjoying while it’s still breathing.

And I’m guessing that this engine in the 4-Series makes for a rather complete car?

‘Complete’ is a good word for it, yes. Freed of diesel rattle, this is a supremely quiet cruiser – an odd thing to note first off maybe – but the Audi A5 is now so hushed it’s like driving around in an A-level exam hall, so BMW’s doing well to still be competitive.

The test car had some extended leather boxes ticked, and it’s remarkable how much some posh cow skin lifts the 4’s cabin from ergonomically humdrum to rich and expensive-feeling. I’d recommend BMW does some refinement homework on driver aids, because the test car’s optional lane keep assist and whathaveyou were overexcited and intrusive, but easily switched off with a proper button, not a sub-sub-menu delve.

I was asking more about the drive actually...

In isolation, it’s not the sharpest driving tool. The steering has that modern BMW gloopiness especially just off the straight-ahead position, so though the actual speed of the steering is spot on, you don’t get much of a sense of how hard you’re working the tyres. It does feel really smartly balanced though, so instead of throwing the car around, the 4-Series prefers being poured into a corner then deploying a kick of power once everything’s settled.

In the past few months I’ve driven the new Audi S5, which is a delectable, numb item that’d prefer to be doing all of the driving itself, and the Mercedes-AMG C43, which is far more effervescent and reactive than the Audi, but feels just a bit heavier than the BMW. Which it would, because it’s all-wheel drive. Choosing between those for 365-day British driving would be interesting...

Back to the BMW, then. Worth it over the four-pot 4s?

In raw performance terms, no, because the turbocharged downsizers are just too good now. Too flexible, too savvy. You don’t need a 440i. But it’s absolutely the 4-Series you want, to enjoy the inherent rightness of a BMW with six petrol-fuelled cylinders strung out in a line, driving the rear wheels. Just remember to get it debadged please.