£19,995 when new
Read why you can trust our independent reviews
Sam Burnett
Published: 15 Sep 2021
comments
Skip 10 photos in the image carousel and continue reading 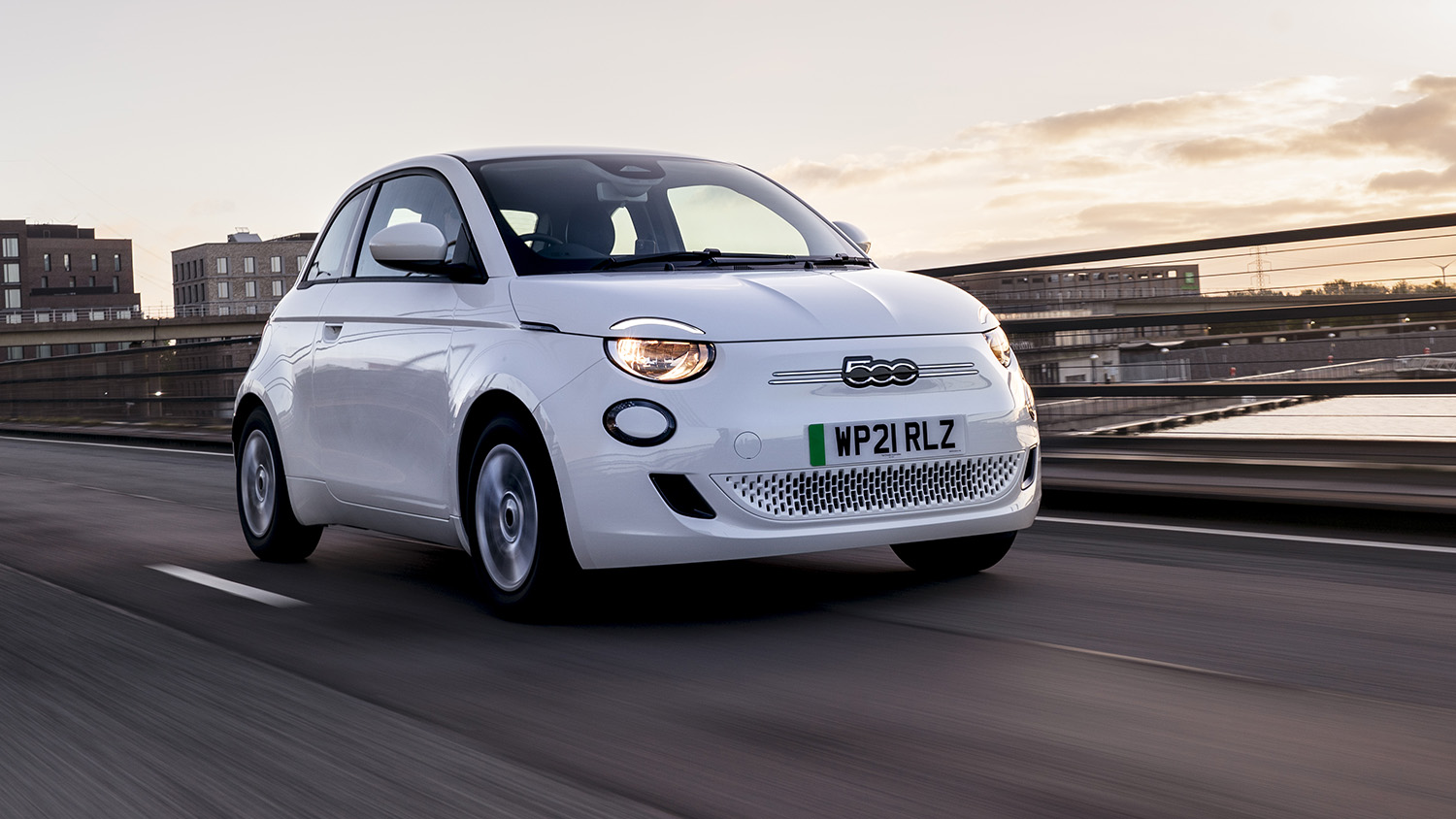 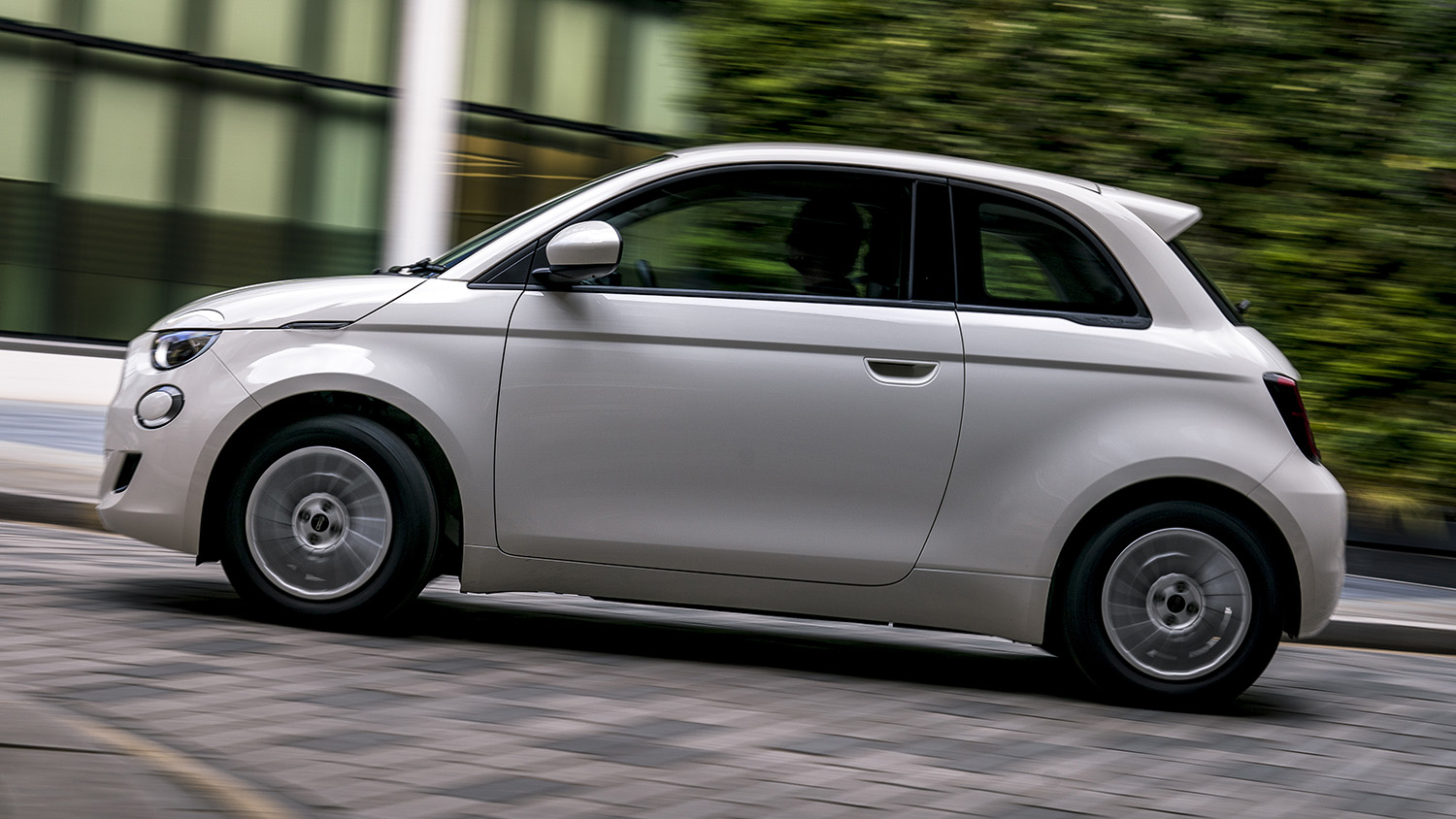 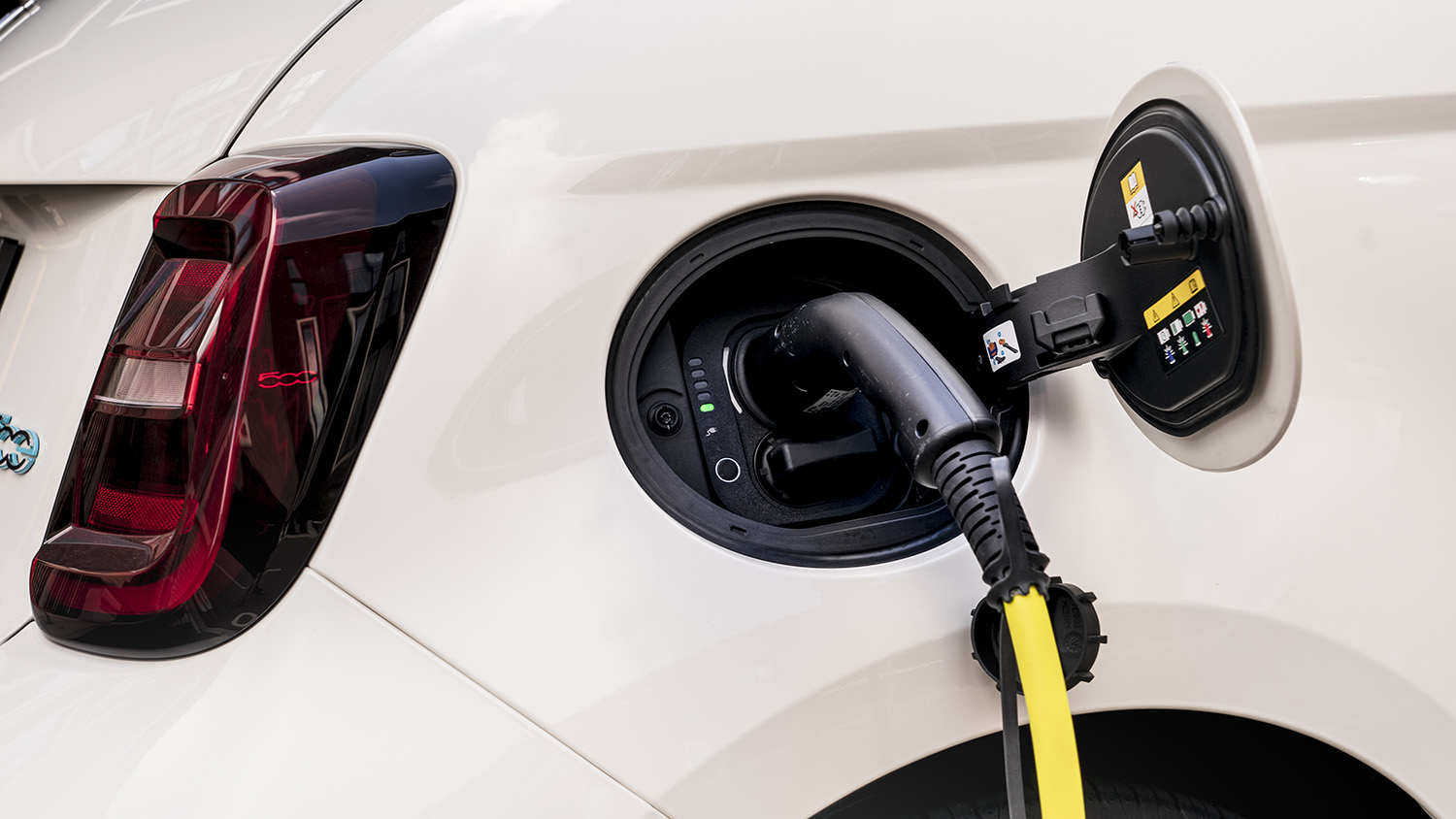 It does – you’d never guess unless you were repeatedly told by Fiat that this is an all-new, clean sheet design. It’s very similar to the old new 500, but it has updated some of the retro styling touches and given the car an electric makeover.

So this is the entry level car then?

This is the electric 500 that makes the rest of them look better – the 24kWh only comes in entry level Action trim with a 93bhp motor, while all the other models get the 42kWh battery and a perkier 118bhp motor.

It’s a stylish car, the 500. There are nice touches inside, lots of fun little Easter eggs. The fun stops at the front seats, though, and no one who’s already done their SATs will thank you for being folded into the back. Although even in the front you’ll want to spec the £300 optional height adjustable seats – the 500 has always felt like a car you sit on top of, and a redesign has not helped.

The big issue with the Action though is that it constantly falls victim to its entry level status. The infotainment screen is whatever size your phone is (5.4in here), although much like in the Volkswagen e-Up it’s a nicer solution than crap infotainment because you’d only end up using your own mobile for satnav and that anyway.

An initial win for the Fiat, then, only install your phone in the clamp and it’s angled towards the passenger, probably because it would be too expensive to sort that for right-hand drive markets.

The wheels are steel numbers with plastic trims and you have to remember to manually fold in the mirrors when you get out. That would be fine in an overtly budget car, of course, but this is a fashionable model that’s been cut down to a price. The cheap bits don’t sit well with the fancy styling touches, the keyless go and nifty digital instrument panel behind the saucy two-spoke wheel.

EV-wise it’s a fairly standard experience, albeit one lacking in refinement. The 9.5secs 0–62mph time makes the car look quicker on paper – there’s none of the usual scrabble of torque you get with electric motors, but the Action builds up speed more gradually.

There are three driving modes – Normal, Range and Sherpa. The one-pedal driving of Sherpa and Range will take some adjusting to in terms of driving style – coming on and off the pedal is jerky, especially when parking, and you’ll need to get a feel for what kind of distance the car needs to come to a full stop.

Range is a good day-to-day mode to use, while Sherpa turns everything off and blunts the engine to eke out the juice. There’s no way of adjusting the regen, though, so you either get nose prints on the steering wheel or the freewheeling abandon of Normal mode that lets you do it all with the brake pedal.

But it must be nice and chuckable, right?

The steering is designed to launch the car into a corner, which makes it great around town – chuckable indeed. On a country road that translates to a more frenetic experience, where the car never quite settles down and leaves you feeling like you’re having to work hard to keep up. It’s a domestic cat, this one, would much prefer to stay close to home.

You might not want to venture too far, either – the ride is strangely firm, yet bouncy, you feel every bump and divot in the road while being sent flailing at the merest hint of a speed bump. In fairness, between the ride and the aggressive turn-in, this is the go-kart handling that everyone craves. It can be fun if you’re in the right mood, but less so if you’ve got other people onboard and they start to feel sick.

You won’t be able to get too far, even – the official 115-mile range is somewhere south of 90 in real world driving, which really does limit your options and ensures that range anxiety hits as soon as you’ve unplugged.

The Action? No. Not least because of the miserable range. Of course, it would be churlish to dwell too much on that – the small battery is how you get to enjoy an electric Fiat 500 for less than £20k.

That sort of cash would buy you a whole lot of petrol-driven car, but in the electric world that’s an enticing price tag – rivals around here include the Volkswagen e-Up at £21k and the Vauxhall Corsa at £22k, both of which have more range and better interiors if you can manage the extra cash. Or you could go second hand, but there still aren’t many things to buy at this price level.

The concern is that people will be convinced to go electric on the basis of the 500’s list price and be put off permanently. Electricity is an expensive hobby to get into and petrol engines aren’t getting banned until the end of the decade, go out and enjoy your lives.

If you go into the 500 Action experience on the understanding that it’s a tool for commuting a short distance to work on the other side of town, it works a dream. Anything else and the whole thing starts to fall apart.