Sam Philip
Published: 04 May 2022
Skip 3 photos in the image carousel and continue reading 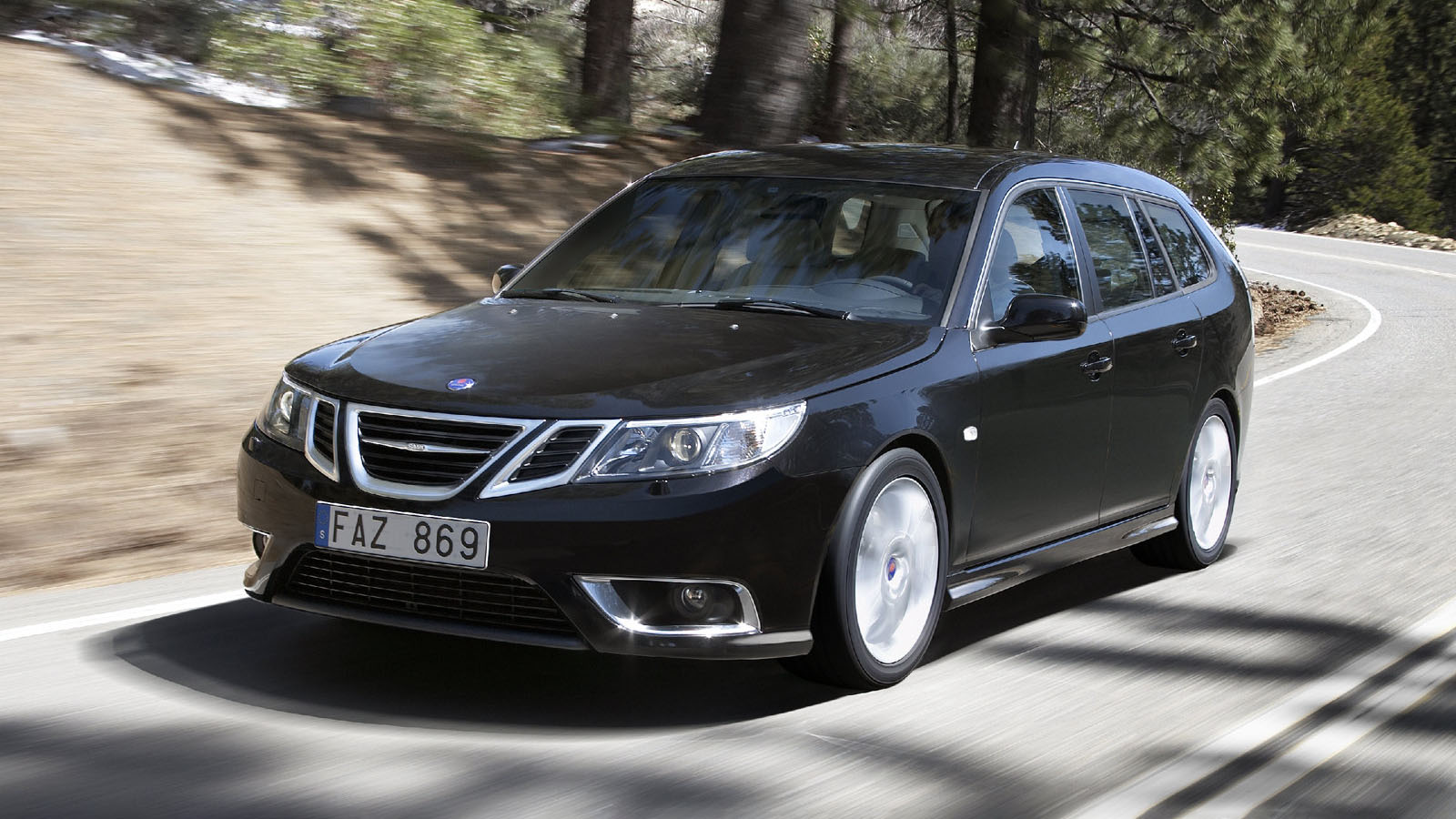 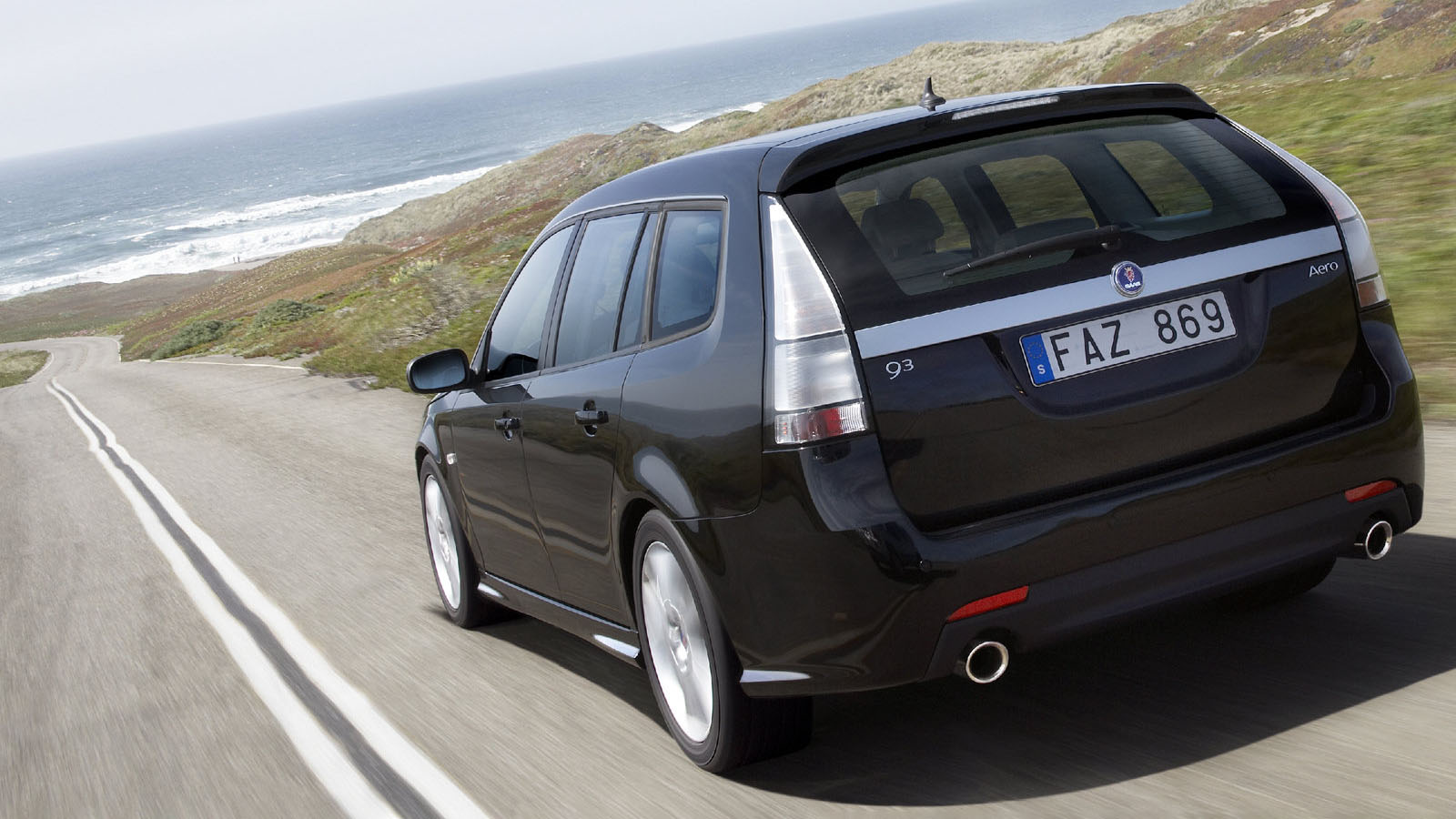 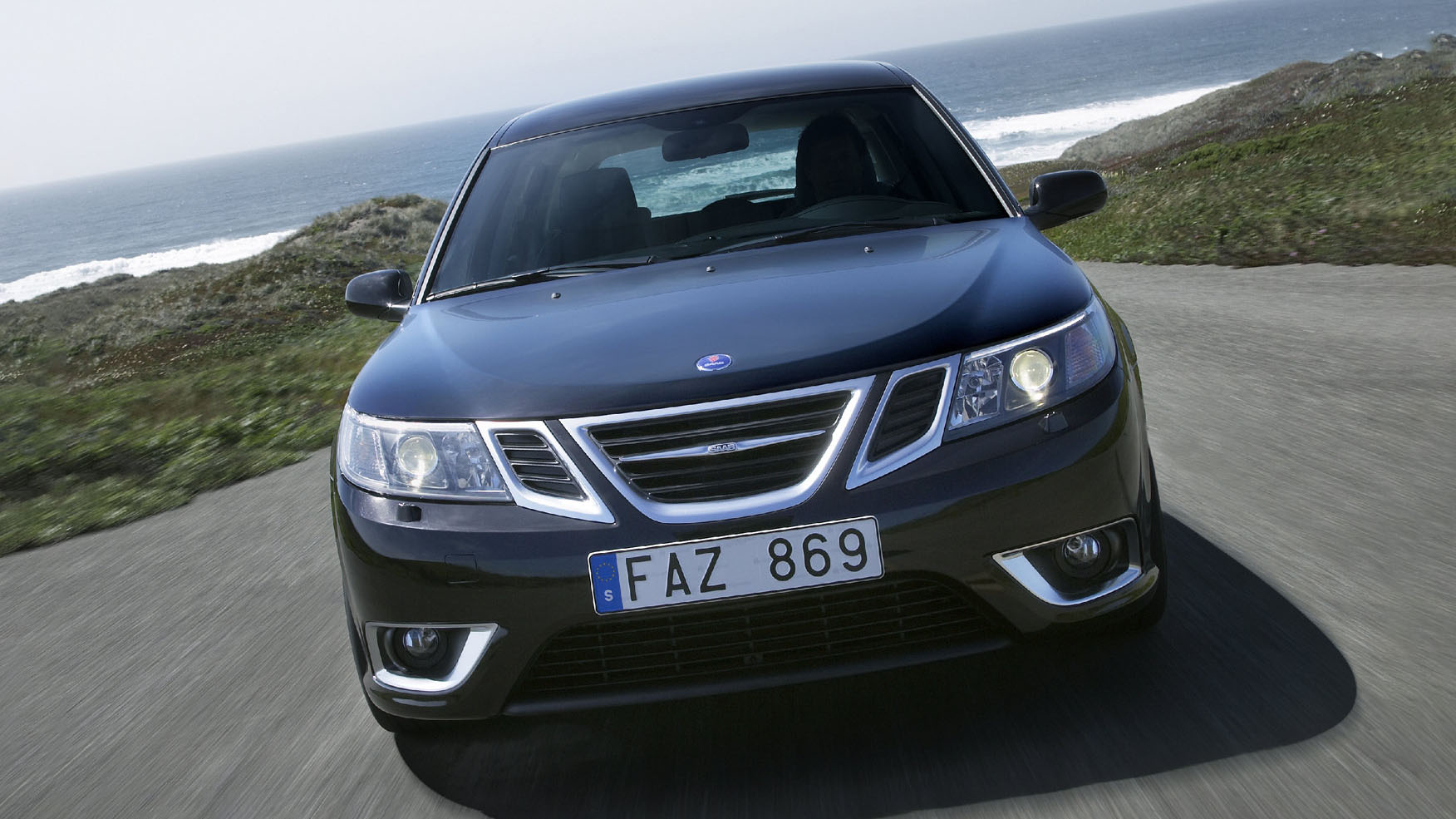 Enough about the planes already. We all know that Saab also builds aircraft because Saab mentions it all the time. It’s almost a surprise that the new 9-3 doesn’t come with a map of its emergency exits and sick bags in the backs of the seats. It’s been six decades, Saab. Volvo used to make ball-bearings, but they don’t ram those down your throat.

So please don’t tell us that the 9-3’s new front end was ‘inspired by aircraft lines’. Sure, a clamshell bonnet and stronger lines have sharpened the looks, but ‘a bit more interesting than another bloody 3 Series’ would’ve fitted the bill nicely. At least the designers resisted the urge to add a pair of chrome spectacles à la 9-5, instead settling on a nifty ‘eyebrow’ light along the top of the front headlamps. The rear has also been tweaked, with frosted tail-lights highlighting the SportWagon’s fastback profile. It’s a look that’s achieved at the expense of rear luggage space – the 9-3’s boot is noticeably smaller than that of a 3 Series Touring – but you know the solution. Buy a smaller dog. Because the 9-3 looks good and it doesn’t look like a plane. So tell us about the other stuff you’re good at, Saab. Like turbos.

And, indeed, twin turbos. The 9-3 is the first executive car to get a twin-stage turbodiesel engine, and the 1.9-litre TTiD is a beauty.

A smaller turbine provides boost up to 1,500rpm, at which point the bigger turbine comes online, working in tandem with the smaller unit before taking sole charge above 3,000rpm. All of which means that 90 per cent of the 9-3’s 236lb ft of torque is available from just 1,750rpm, giving plenty of shove from way down the rev range. Though it’s not quite as hushed as a BMW 320d, the TTiD is quiet enough and impressively economical: I managed to break 50mpg without getting anywhere near sixth gear.

Away from the engine bay, the 9-3 isn’t quite so convincing. The quality of the switchgear and cockpit-style (Saab’s words, obviously) cabin is still more Vauxhall than Louis Vuitton. On flawless Swedish roads, the ride feels slightly over-soft, too.

But it’s that softness that forms the character of the 9-3. Yes, the steering and brakes are gentle rather than razor-sharp, but they transmit a near-hypnotic sense of calm – especially on the motorway.

So with its fresher face and sorted oil burner, the 9-3 is a realistic alternative to the ubiquitous German exec fare. Chocks away.