£28,780 when new
Read why you can trust our independent reviews
Sam Philip
Published: 10 Jan 2022
comments
Skip 7 photos in the image carousel and continue reading 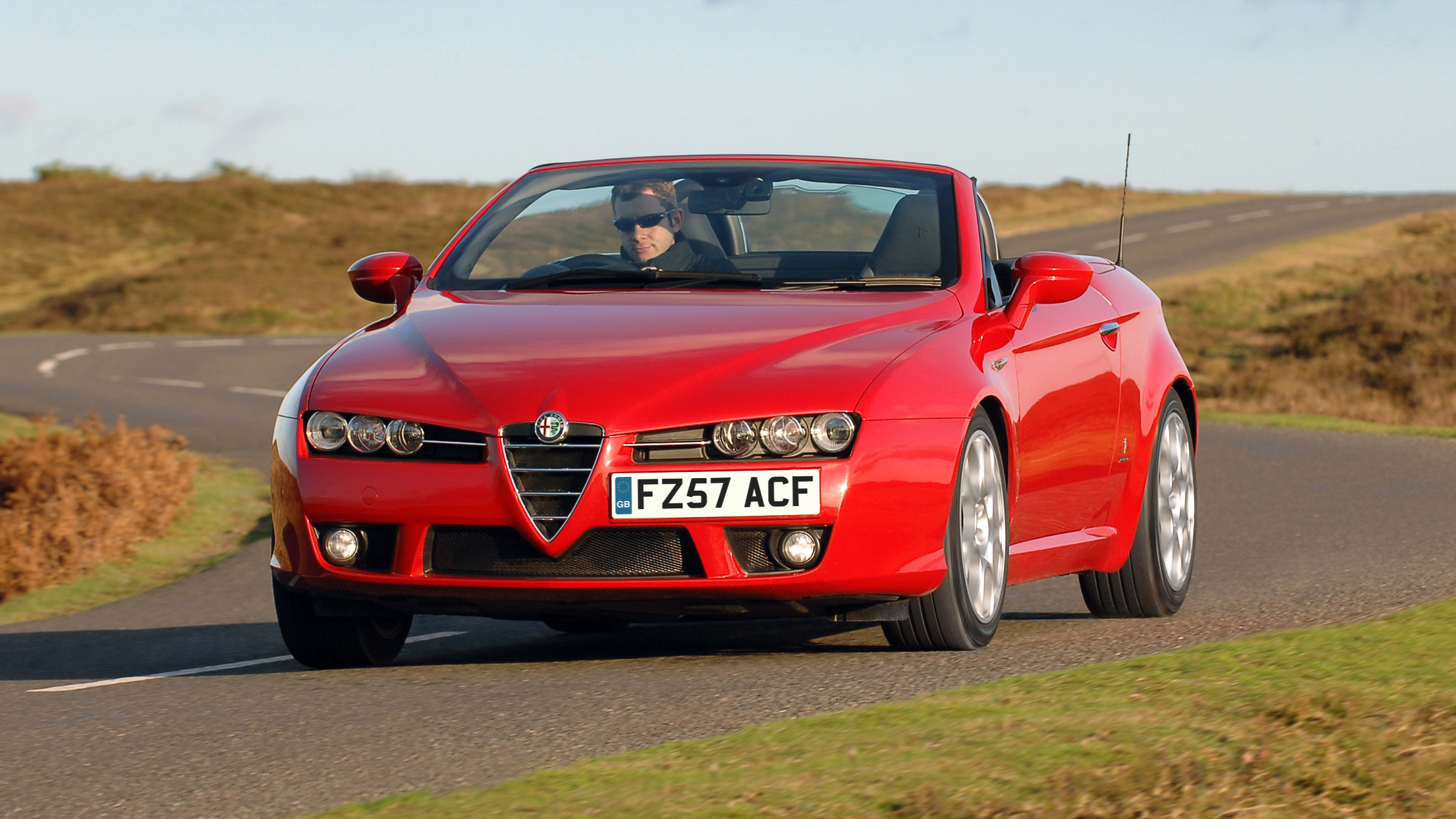 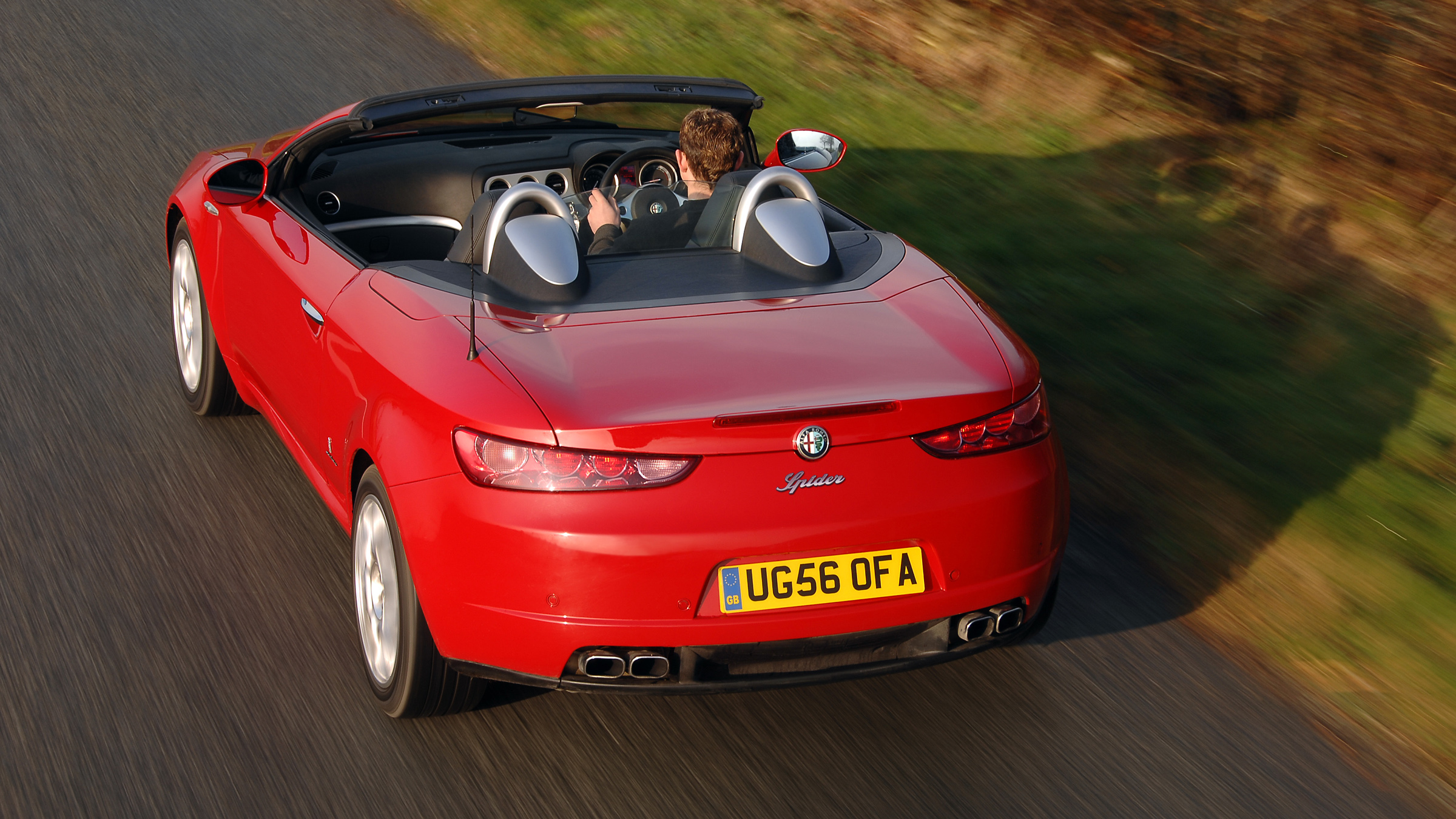 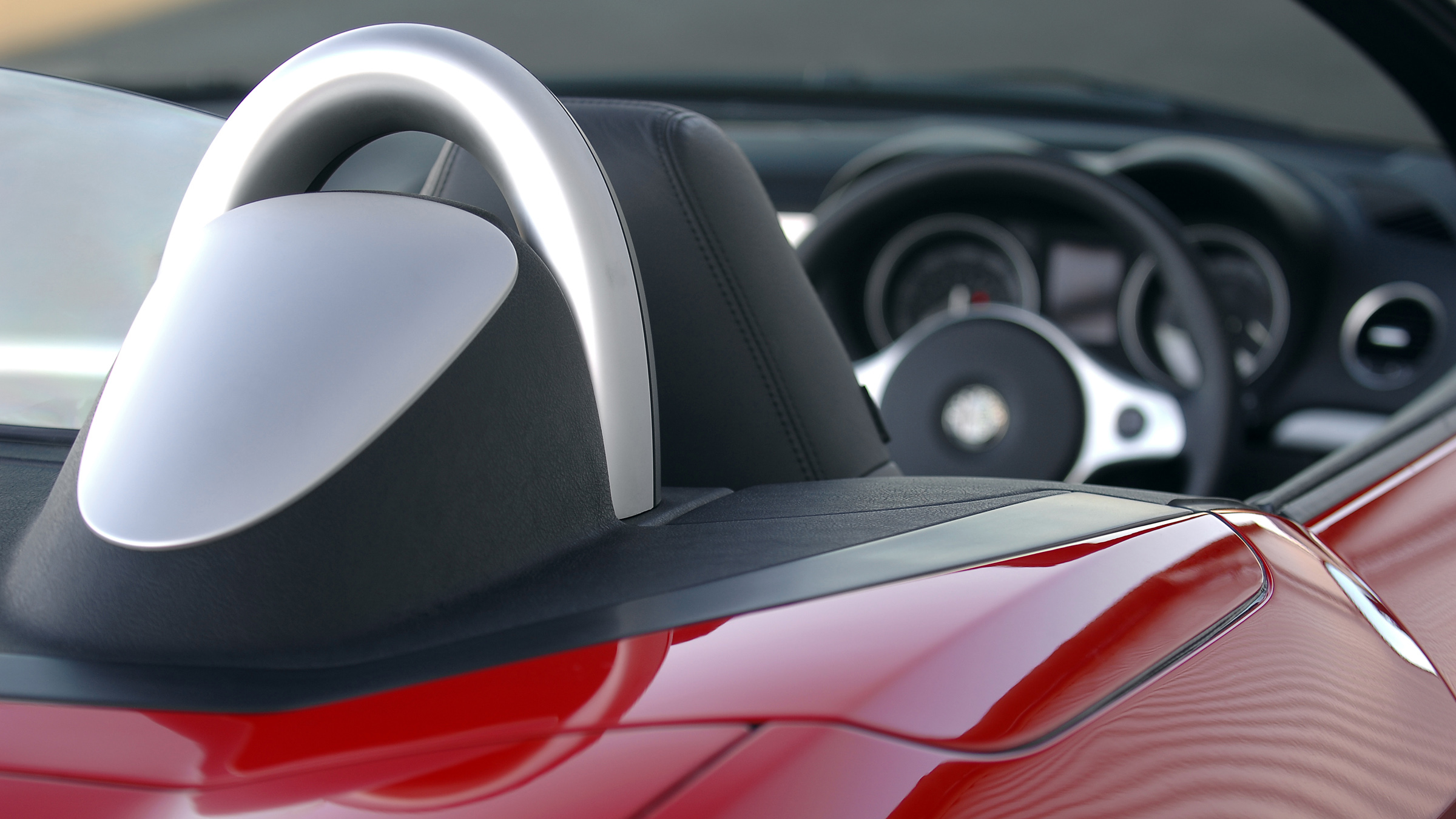 Just look at it. It’s possible to forgive the Alfa Spider just about any flaw. But jeez, it does have a few.

It all starts so well. Slide into the comfy, low driver’s seat. Revel in the neat interior touches: the aluminium-framed binnacles, the gorgeous crimson leather. Press the button to lower the roof, to treat your thinning pate to a welcome dose of cool, crisp winter sun. Watch in alarm as the roof mechanism rips the plastic casing from the back of passenger roll hoop and deposits it, with a threshing, mechanic crunch, deep into the bowels of the roof folding space. A one-off perhaps, but hardly the best first impression.

Start up the engine and there’s an unfamiliar, unmistakeable diesel growl. It’s a bit of a novelty, this, and though some esteemed TG colleagues find the idea of a diesel drop-top anathema, I get it, in theory at least. I concede that the clatter of a five-cylinder oil-burner may not provide quite the aural engagement of, say, a throaty V6, but since you’ve sacrificed any pretence of performance in favour of exposing your follicles to the open air, you might as well embrace the practicality and economic sensibileness of a diesel.

Problem is, this 2.4-litre turbodiesel isn’t all that practical. Or economically sensible. Alfa quotes 40mpg combined consumption, but even with my most feather-footed efforts on the motorway, I couldn’t break mid-twenties. Weight is the big problem here. Even in petrol guise, the Spider isn’t the lightest cabrio around, but the extra bulk of a diesel block up the front means it tips the scales at a whopping 1,660kg. The Audi TT Roadster weighs just 1,295kg. The Mystery of the Disappearing Italian Pies has been solved at last.

Predictably, all that weight isn’t good news for the handling. Though the ride is reasonably settled, there’s just no vim or vigour to the front-wheel-drive Spider’s responses, a problem compounded by the lazy diesel power delivery. The 0-62mph sprint takes 8.4 seconds – almost two seconds slower than the 2.0-litre petrol TT – and the engine never really feels like it gets hold of all that lovely torque. Below 2,500 revs, the Spider fights a losing battle against its own bulk, while the power runs out all too quickly higher up, meaning you’re forever chopping through the six-speed box to find the right ratio.

Even if you’re happy to burble around at low revs, you’ll need to manage some pretty impressive economy to justify the Spider’s initial price tag. The diesel version starts at £28,995: making it four grand more expensive than that 2.0-litre TT and even a couple of grand more than the hairy-chested Nissan 350Z (which, lairy as it is, has never attempted to devour its own body parts). And that’s before you’ve specced the lovely red leather interior. Which you will.

All of which is why I should be telling you, in my role as cold-hearted, flinty-eyed reviewer, that the moment you think you need a Spider in your life, you should run swiftly in the opposite direction and take a long cold shower. Buy that TT instead. Buy a houseboat. Spend your cash on building a luxury hotel in downtown Baghdad (slogan: Suspicious Package Holidays for All the Family!). It’s a wiser investment.

But there’s something stopping me from telling you that. Just look at the Spider. It’s a car so beautiful that total strangers will sprint 100 yards across a Tesco car park on a freezing morning just to snap a picture of it on their camera phone. A car so beautiful that you can forgive it anything.

So if you’ve been seduced by the looks alone, don’t feel bad. You’re just weak. So am I.

Verdict: More flawed than a discount diamond from Poundstretcher, but you don’t care about that, do you?