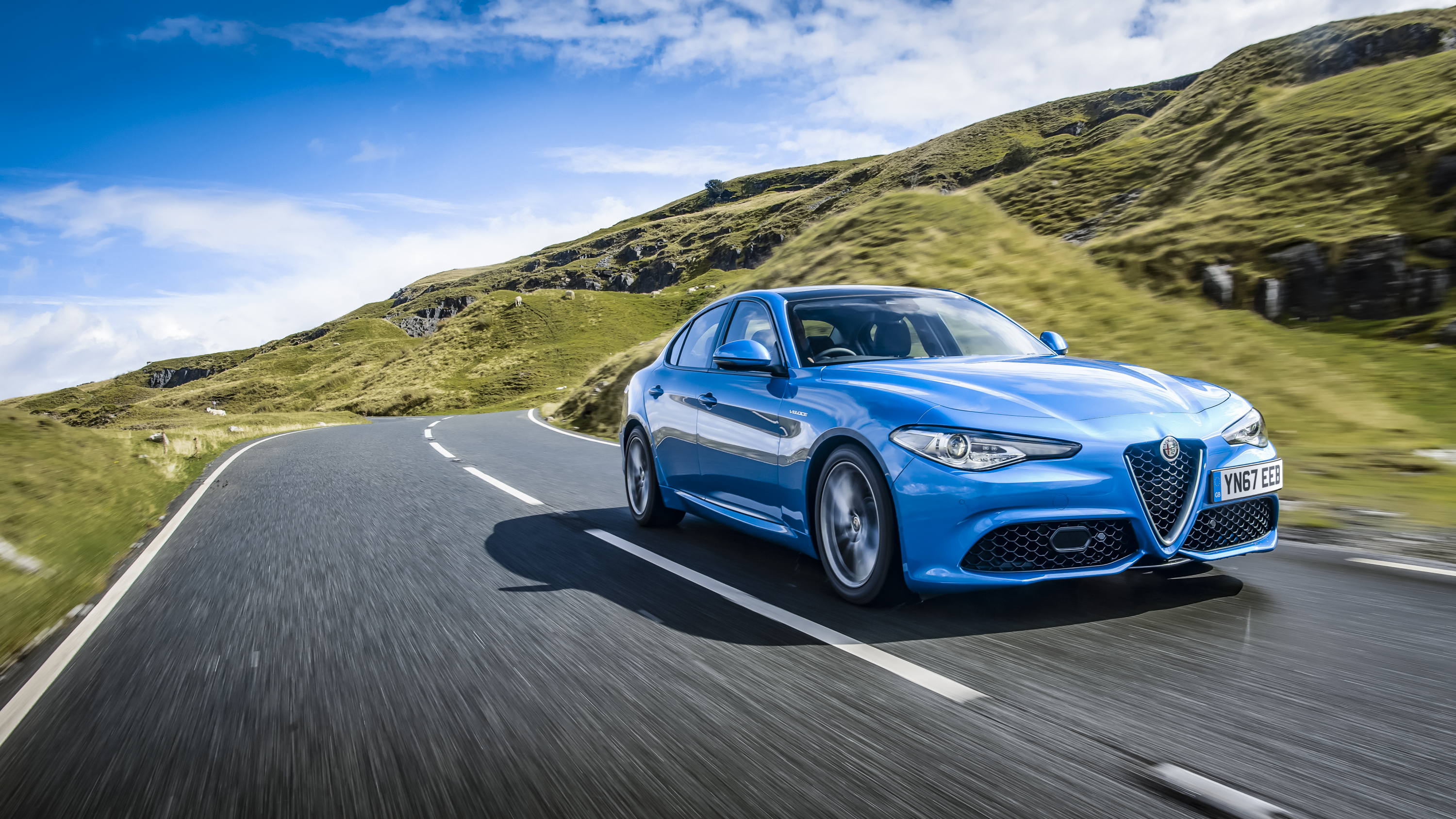 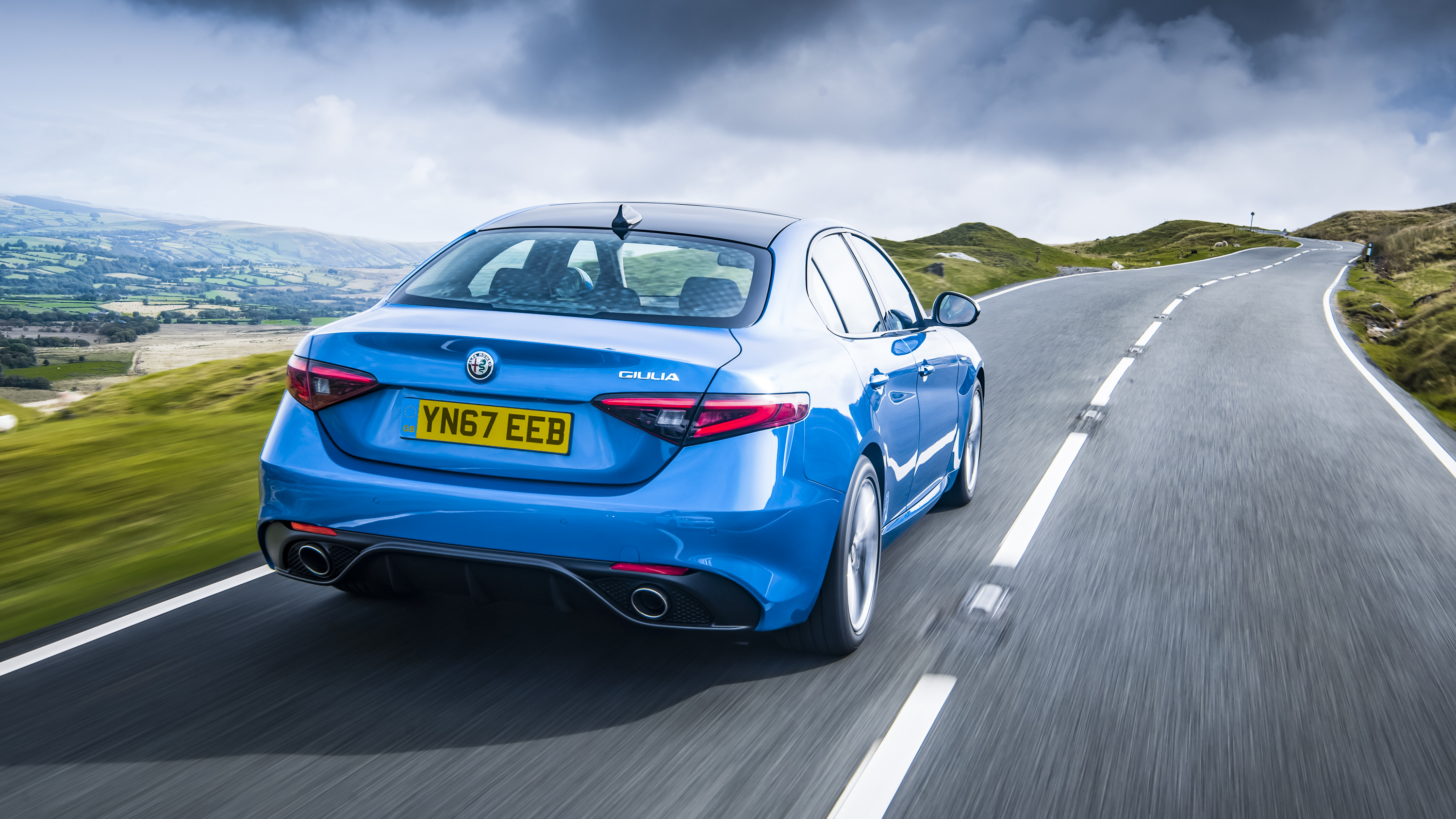 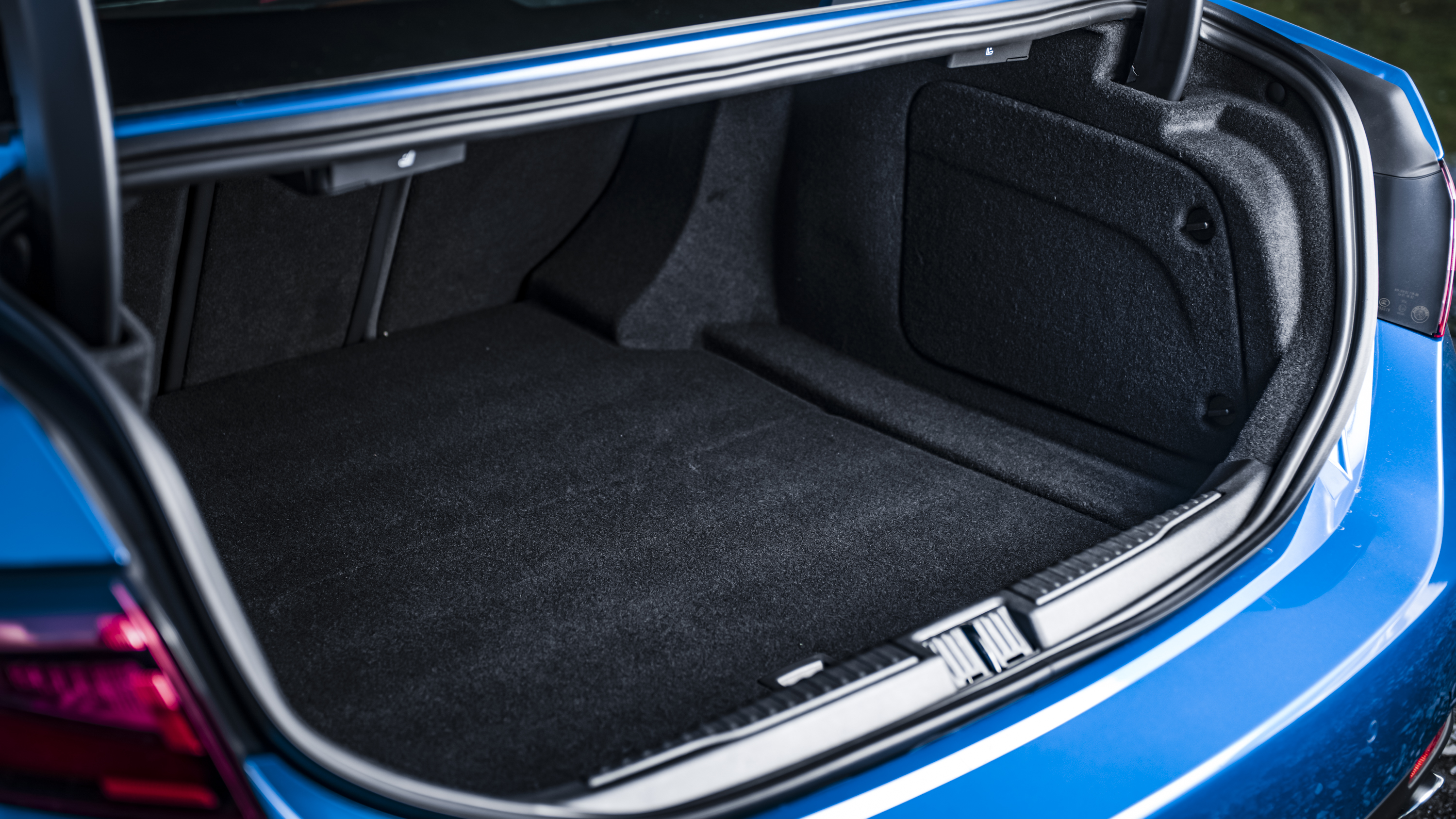 Not seen an Alfa Giulia in that colour yet…

It’s called Misano Blue, and it’s exclusively available on the new Alfa Romeo Giulia Veloce. In short, it’s the second sportiest Giulia on sale, sitting between all the rep-friendly diesels and the big-boy Quadrifoglio.

The basic stats are price, £38,260 before options, and power, which is 280bhp from a turbocharged four-cylinder petrol engine. That measures two litres in size, making it a bit bigger than the one you’ll find in the Alfa 4C.

So what’s this a rival to?

Tricky question, as its positioning within its own range matches the Audi S4, BMW 340i or Mercedes-AMG C43 (which all boast six cylinders). Its price and power peg it comfortably below them, though, while their four-cylinder siblings are all less potent than this Alfa.

Sitting in its own part of the market is kind of the Giulia’s thing, however; this is the car you choose when you’re bored of the German equivalents or simply put off by their me-too spec sheets and familiar styling.

How is it in reality?

There are plenty of influences from its angrier Quadrifoglio relation, which in turn are influences from the exquisite Ferrari 458 Speciale. There’s a starter button on the wheel, an adjustable driving dial that allows you to have comfort damping with the dynamic engine tune and big, fixed metal paddleshifters (some of which relies on you speccing the near-essential £1,950 Performance Pack).

There’s no Race mode, though, and this car doesn’t bark into life with the same aggression as its twin-turbo V6 sibling. With the drivetrain set into its middle, ‘Normal’ mode, the Veloce mooches along quietly, calmly and with little fuss.

Its eight-speed automatic gearbox is so smooth and seamless when left to its own devices, it almost feels like the single-speed transmission of an electric car. The soft suspension and supreme refinement add to the sense of relaxation you wouldn’t expect of a brightly coloured saloon with an offset number plate.

On first acquaintance, I had the same worries. Yet at just 1,429kg – making the Giulia akin to a hot hatch, and at least 100kg fleeter of foot than its German rivals – it’s keen and alert should you want to drive in a livelier manner. The steering is really quick, the front end changing direction quite sharply, but it all feels quite natural. You soon get used to how eager the front is, and become keen to exploit it.

In fact, the front turns and grips so impeccably, it’s easy to get on the power quite early in a corner. Though while there’s lots of low-down torque from the engine, that doesn’t mean the driven rear axle is anything like as lively as the Quadrifoglio’s. The Veloce is too composed for such silliness, and you can’t loosen the stability control anyway.

As a car you drive for the hell of it, purely to quicken your pulse, the Veloce falls very short. As a super smooth daily runner that has a keen and agile chassis when you do want to drive the long way home, however, it’s expertly judged.

I have to refer back to the ride quality, as it’s so good. Anyone bred on S Line Audis might feel short changed by a car that doesn’t telegraph every pothole through the seat in HD, but those who really enjoy driving will love just how easily the Veloce shrugs off rubbish road surfaces. Its composure really sets it apart from its rivals.

This is a brisk car – its 5.7sec 0-62mph claim feels a touch safe – and it does a good job of hiding its turbocharging. You rarely ever notice any lag in the power delivery, which is unfailingly urgent.

The engine calls time on its driver’s urgency too early, though. Peak power arrives at 5,250rpm, and the rev limiter sits just below 6,000rpm. Those are already modest figures, yet you’re rarely inclined to go near either. There’s satisfaction in batting between the gears with those lovely metal paddles, but do so purely on instinct and you’ll be changing up at something beginning with a four.

…in an Italian sports saloon?

Indeed. But this is no ordinary Italian sports saloon. It looks as wonderful as an Alfa four-door should – especially with this paint, a no-brainer £695 option – yet unlike all of its forebears in recent decades, there’s more to this car than a bit of style. There’s genuine talent and real, dynamic reasons to buy it over its rivals, which suddenly seem needlessly aggressive in their pursuit of performance.

It ought to be easy to spend a lot of time with, too. There are ergonomic quirks; highlights include some obstructive electric seat controls and indicators that are oddly reluctant to self-cancel. Alfa’s spent its presumably limited time and budget on the right parts, instead. The steering wheel, dashboard layout and dials are all delightfully simple, the kind of touch that makes driving something quickly that bit easier from the off.

So is it a cut-price Giulia Quadrifoglio?

Next to the arm-waving frivolity of its 503bhp sibling, the Veloce is a surprisingly relaxed car, smooth and quiet to the point of seeming meek when you first experience it. Its talents are buried a little deeper.