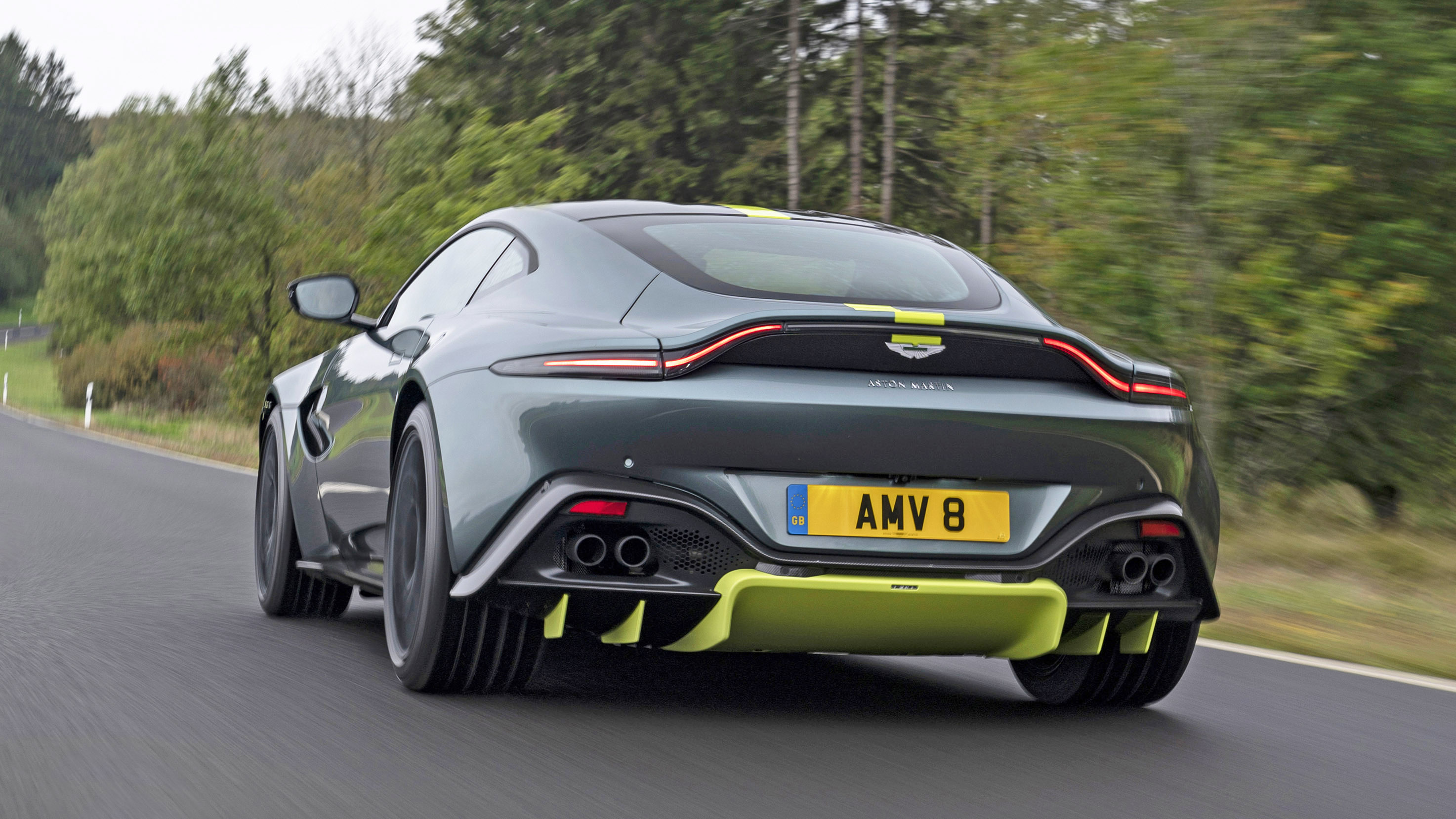 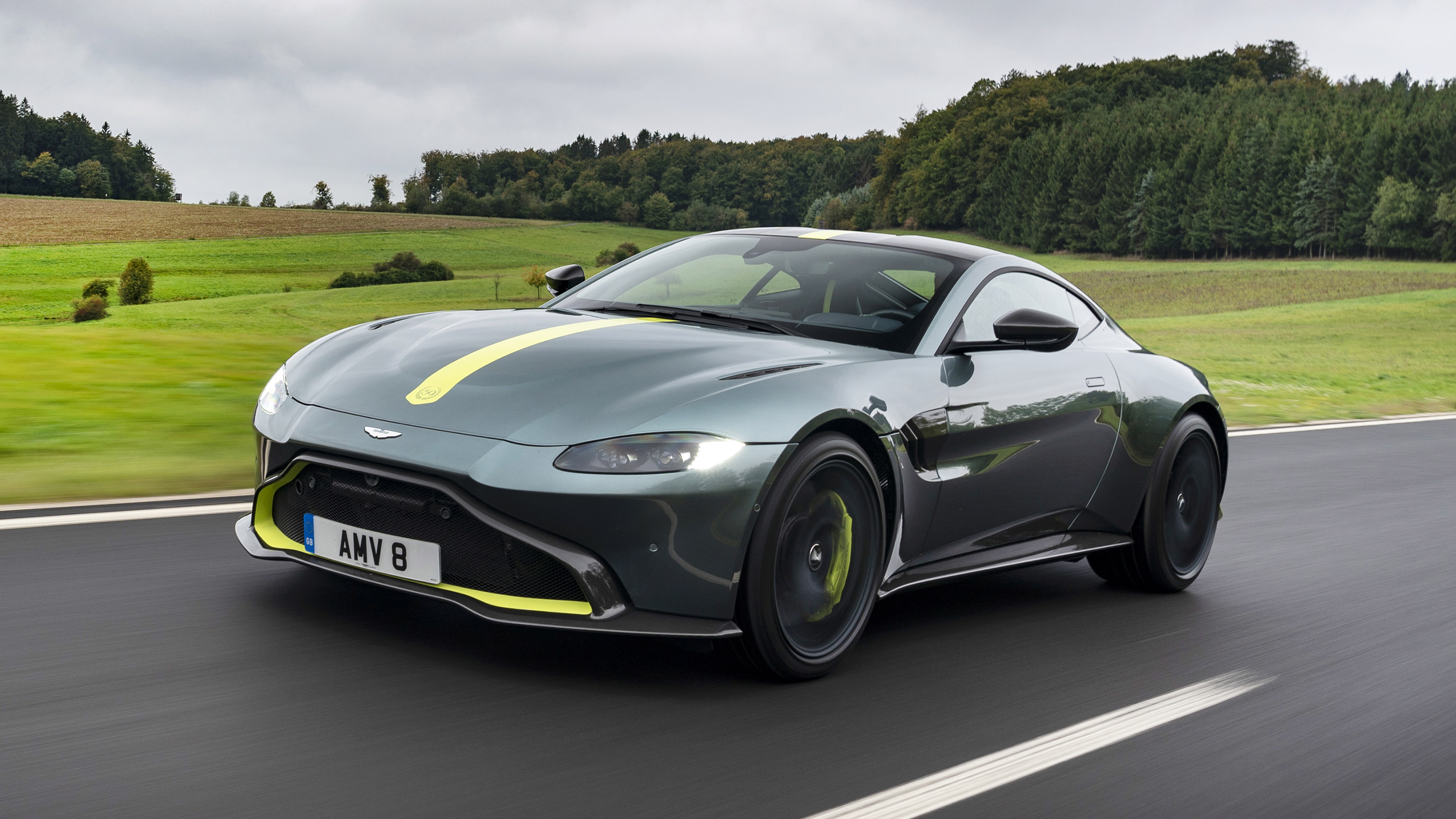 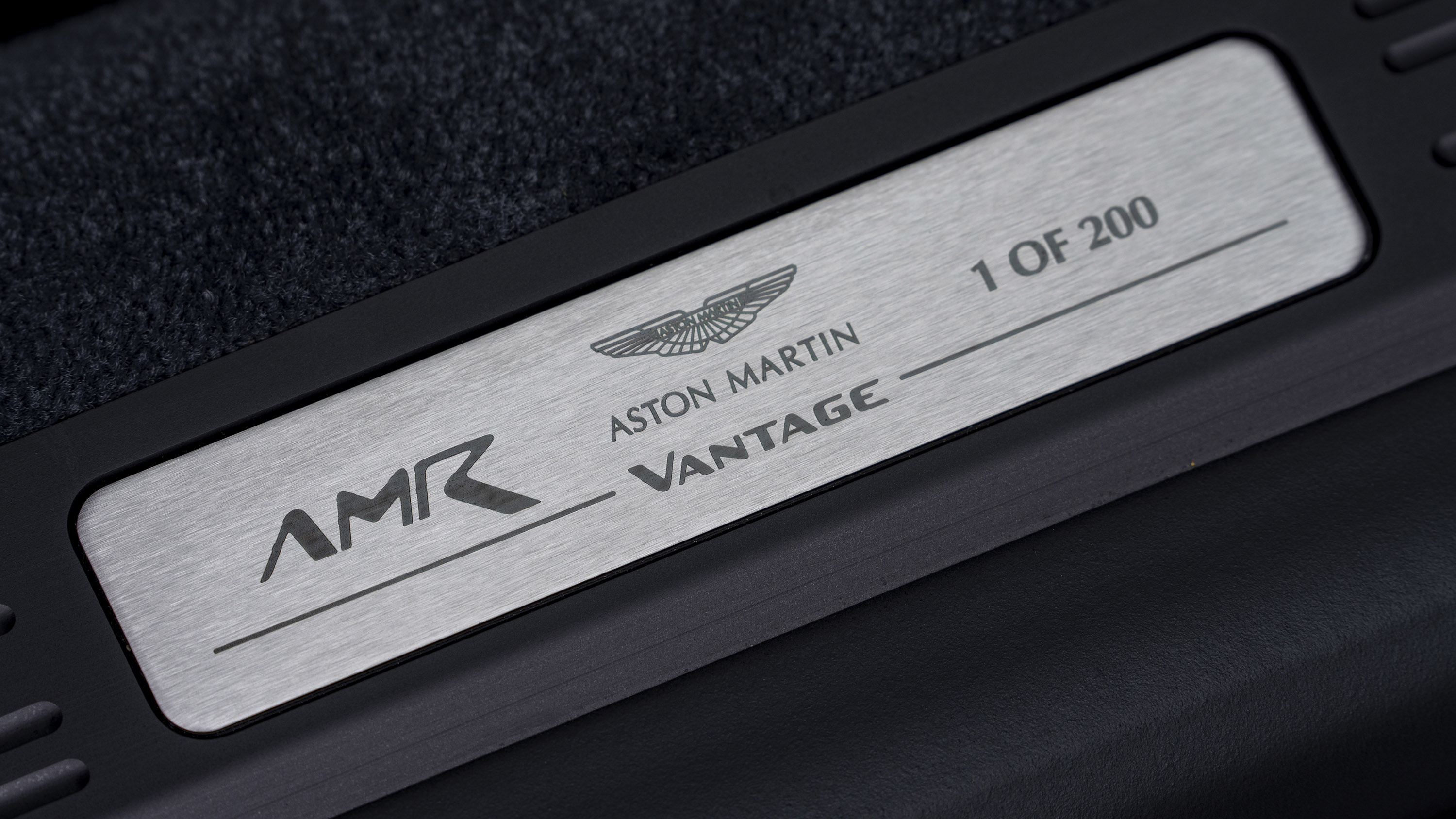 Yep, but this Vantage AMR is so much more than some fancy paint and stickers. Sat in the middle of all 200 examples is – hurrah! – a manual gearbox. Y’know, like they used in the olden days.

It debuts on this £149,995 special but will soon be available on all Vantages, and Aston expects 10 to 20 per cent of buyers to opt for it. Thus it hasn’t bothered developing a brand-new bespoke transmission, instead opting for the same seven-speed Graziano gearbox that appeared in the end-of-life V12 Vantage S in the model’s previous generation.

How’ve they squeezed all seven into one knob?

By using a dog-leg first gear. So just like an old racing car – or bona fide classics like the E30 BMW M3 and Mercedes 190E – you move the stick left and down for first, with gears two to seven then stacked in a H-pattern like first to sixth are in other performance cars.

There’s a garnish of technology in an attempt to sway the paddleshift devotees, too – press the button ahead of the knob and you’ll activate rev-matching on downshifts, to make you look like a heel-and-toe wizard, and flat upshifts if you want them (you still operate the clutch pedal, but there’s no need to even slightly twitch your right foot).

Turning it all off is as simple as pressing the switch again, and Aston’s engineers have even worked on different brake pedal feel to make rev-matching easier for those who like doing it themselves. Yep, it’s a driving geek’s dream.

How does performance fare?

The Vantage AMR keeps its base car’s 4.0-litre twin-turbo V8 and while power is identical, at 503bhp, torque suffers a little, down 44lb ft at 505lb ft. Its 200mph top speed is up 5mph on a paddleshifted Vantage, but the 0-62mph time has swelled four tenths to 4.0sec.

Compensation arrives in the form of a chunky 95kg saving over standard; 70kg comes from the lighter gearbox and a mechanical limited-slip differential (borrowed from the fantabulous DBS Superleggera as opposed to the auto’s electronic equivalent) while the remainder is trimmed by the AMR’s standard carbon-ceramic brakes.

There are subtle chassis tweaks to account for a slight shift forwards in weight balance, and some fiddling with the driving modes to ensure throttle response is smoothest when you’re in Track mode, to make the car easier to slide at its limit. Proper old-fashioned fun really is priority here.

And how does it all feel?

First things first. Quite literally. Finding first gear is blooming tricky, with Aston making the knob’s move left deliberately hefty to help avoid ham-fisted, engine-imploding mis-shifts when you’re driving hard. A smart idea, but one that might frustrate when you’re getting acquainted with the car. Torque’s abundant enough to save your blushes should you get completely muddled and pull away in second, though.

The learning process doesn’t stop there: there are another six gears, all sitting in the opposite direction to instinct. So that 0.4sec acceleration deficit over the auto Vantage will prove much longer in reality, at least until you’re fully versed on where each gear sits and how you’ll quickly reach it. 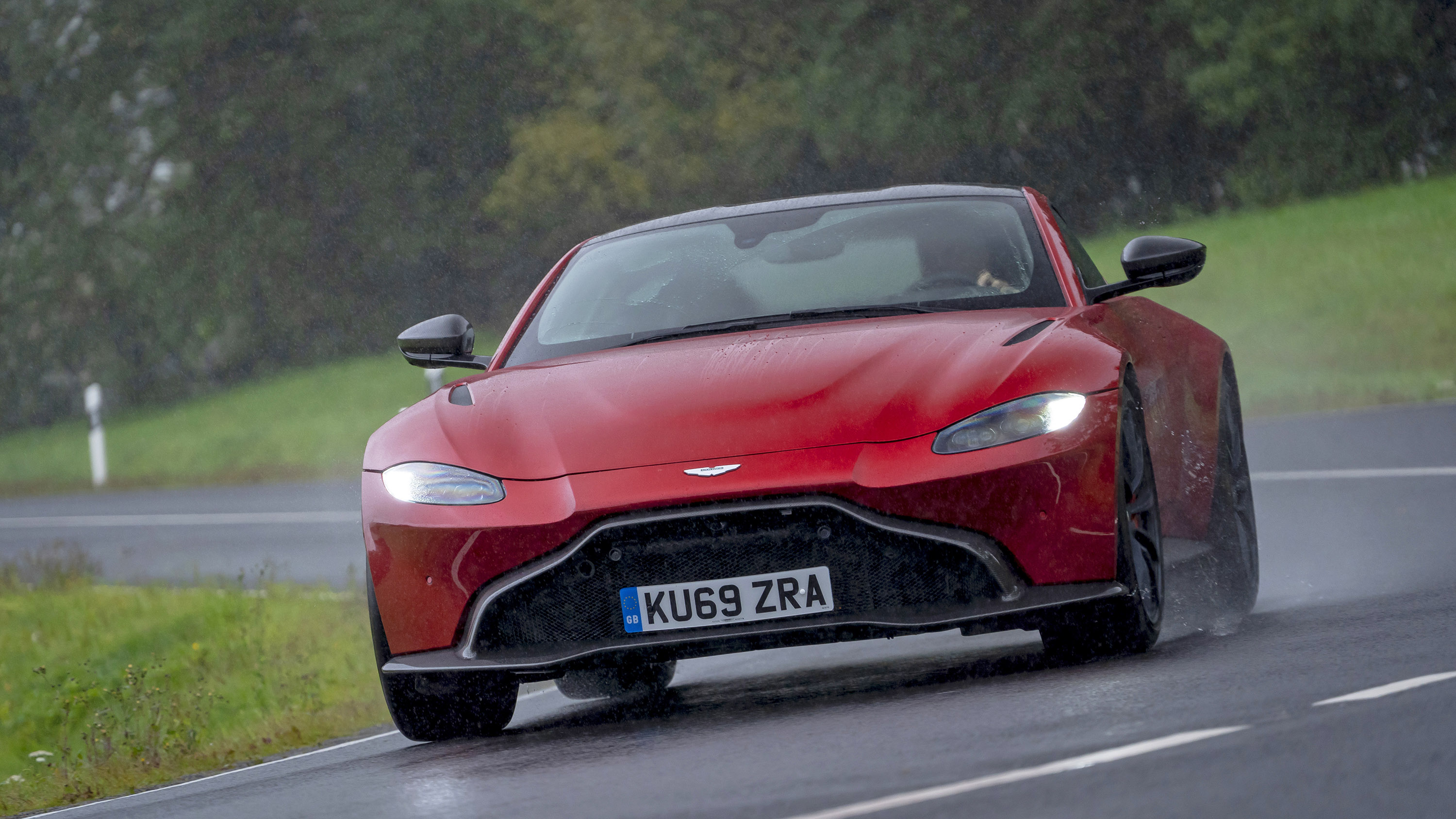 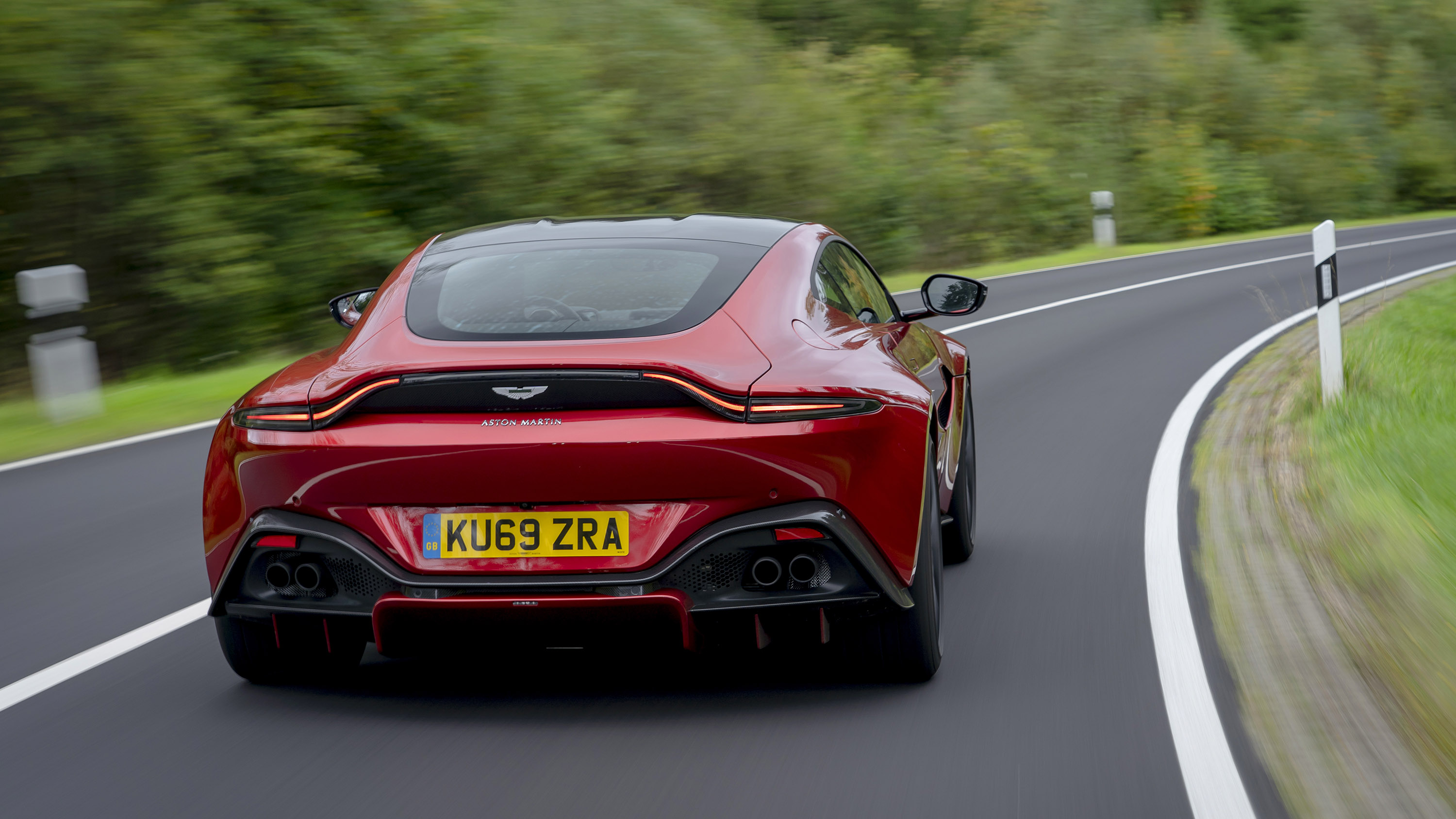 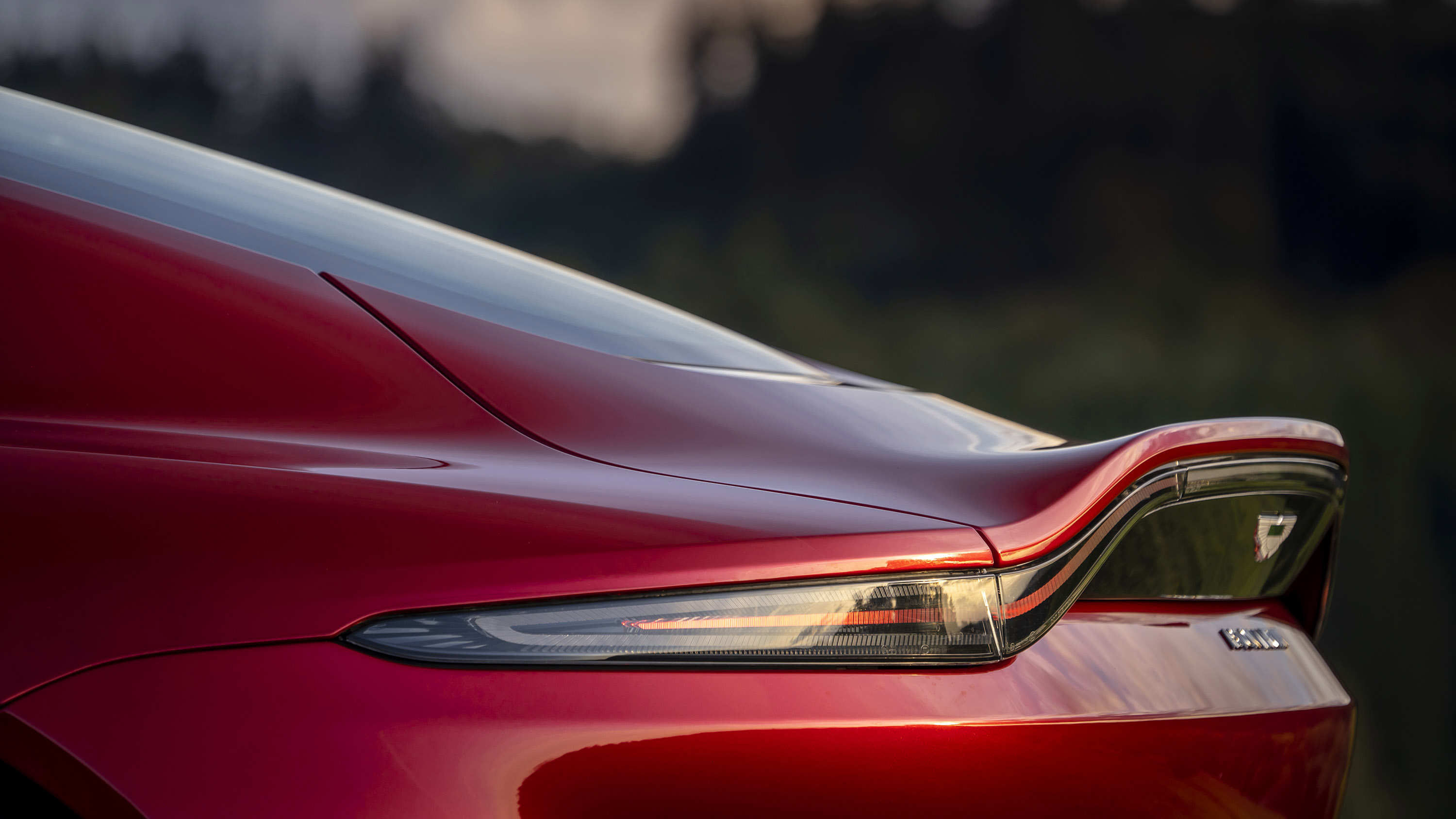 That’s kinda the point, though, according to Aston’s dynamics boss Matt Becker. Buyers who shun autos are doing so because they like to get stuck in, and boy will they have to get stuck in here. A full-bore upshift from second to third feels utterly fantastic, mind, and warrants all the spent brain cells leading up to that point.

The auto rev-matching is very convincing – Becker says he uses it all the time – but flat upshifting can’t help but feel gimmicky. The pedal positions were all benchmarked on Porsche, the master of such things, but the knob itself feels like it’s about 20 per cent too big, and while it’s apparently new for this car, it sits in the transmission tunnel as incongruously as the Ford parts-bin specials of Astons old. A slimmer option is available via Aston’s Q personalisation department. You’ll want it.

How’s the rest of it?

Anyone who thinks modern-day Astons are too svelte and sophisticated after the brutish Vantages of the Eighties and Nineties need a go in this AMR. Preferably in the wet. The mechanical diff immediately feels less couth than its electronic counterpart, and there’s a spikier balance here at low speed. One person’s ‘spiky’ is another’s ‘involving’, of course.

“The people who’ll be buying this can really drive – or want to learn – so more movement at lower speeds is what they want,” says Becker. It’s certainly what they’re getting when the roads are damp. There’s much more grip and composure in the dry, mind, where the AMR’s weight loss – and the resulting extra dose of agility – is tangible and addictive. It’s a sportier, more athletic Vantage, a car made much more convincing by harder cored components.

The one to have, then?

Undoubtedly. With the regular Vantage it’s far too easy to think about how much angrier and more potent this engine feels in equivalent Mercedes-AMG GTs, but fitting the manual – no mean feat when this engine was never designed to use one – removes any AMG from comparison and sets a different stall when it comes to choosing your £150k sports car. Here you’re deliberately eschewing some speed and precision in order to feel like a more important part of the process.

The ‘Vantage 59’ green-on-green pack is a £15,000 option that calls upon Aston Martin’s win at Le Mans 1959. The other four colour schemes available are all specially chosen by Aston, too. If you want to apply your own touch to a manual Vantage then you’ll have to wait until the 200 AMRs have shifted and the seven-speed ‘box is available on regular models, when you’ll also be able to choose the DIY transmission without the expense of carbon-ceramic brakes should you so wish.

Oh, and no other Aston will be getting this gearbox. The Vantage is the firm’s sports car, assures Becker, and the only model in which a manual belongs. But it’ll stick around until the financial numbers make it unviable. “Long live the manual,” he says. “As long as the demand is there to justify the cost of development, we’ll keep one in our range.”