Read why you can trust our independent reviews
Top Gear Team
Published: 25 May 2021
Skip 11 photos in the image carousel and continue reading 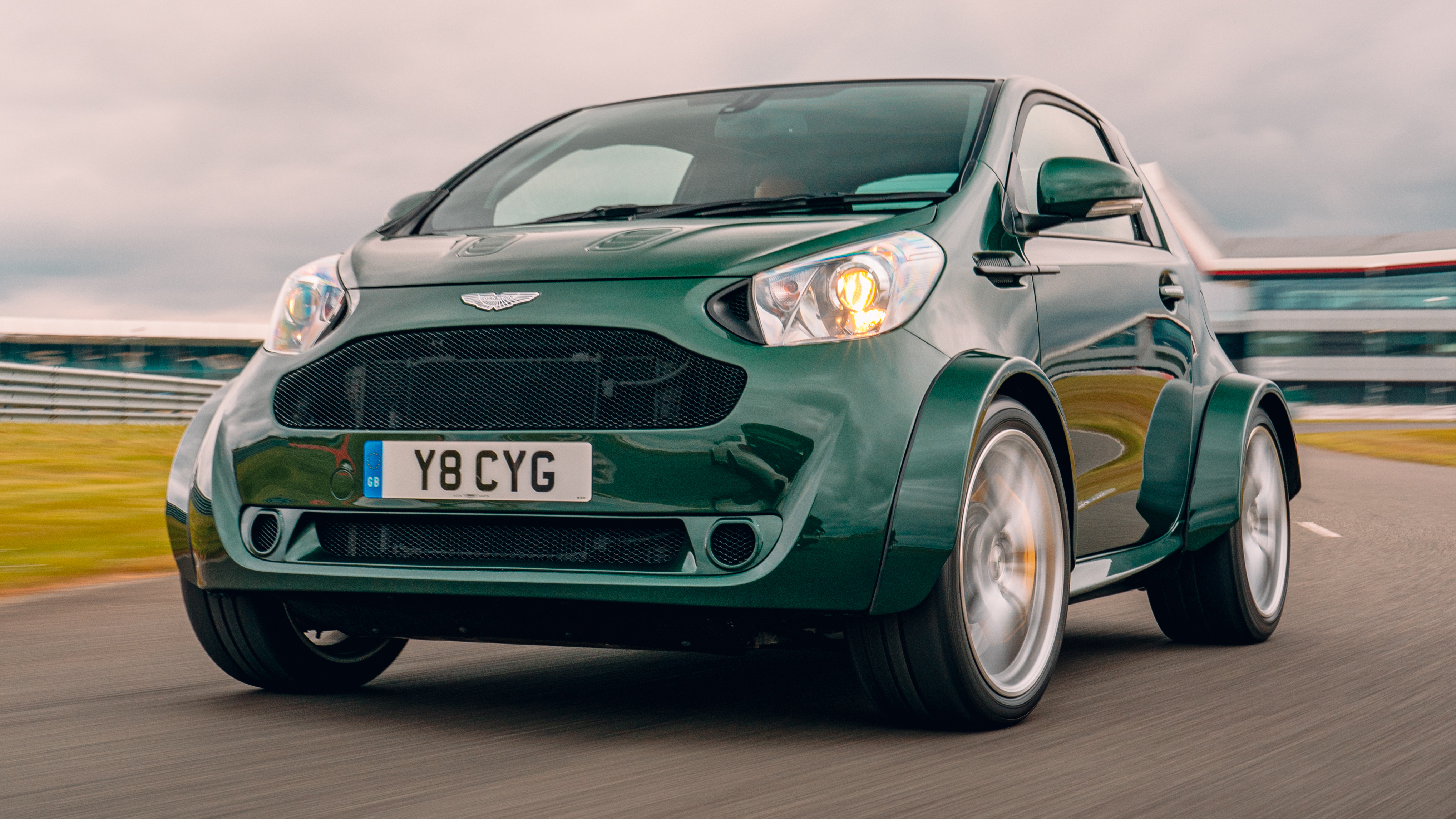 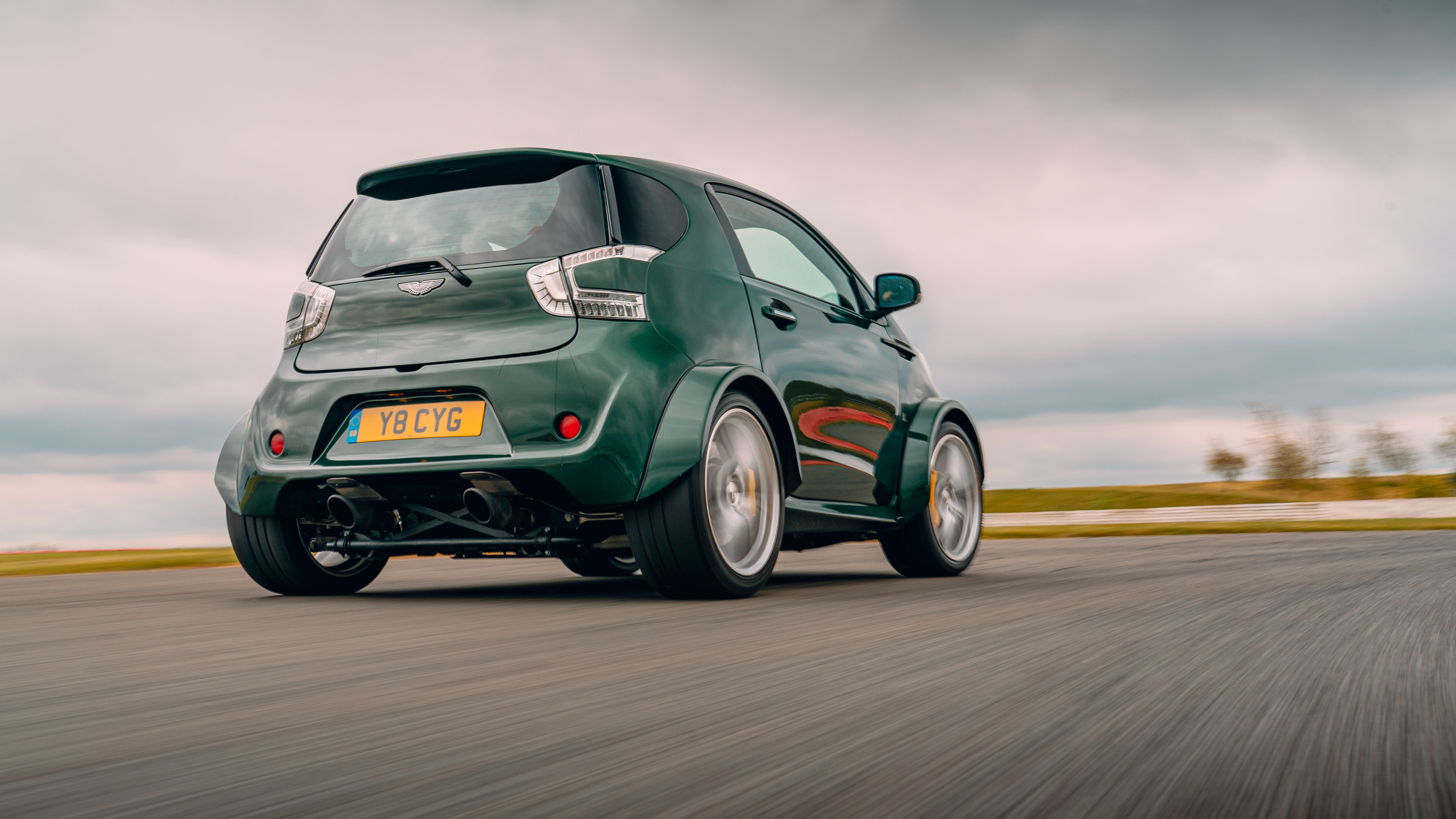 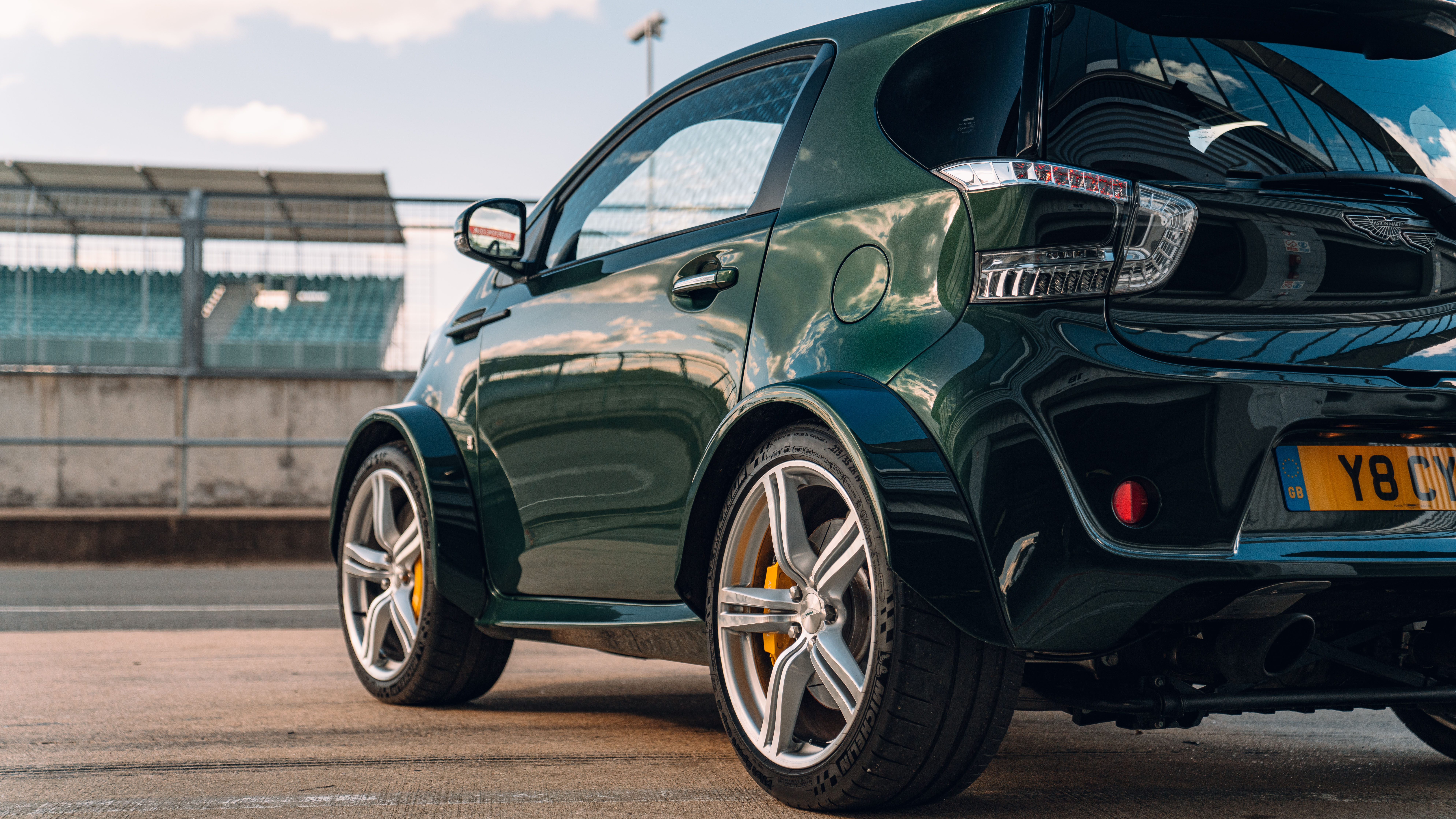 1 / 11
Advertisement
“The one-off Cygnet V8 is the most hilarious city car in history. Exuberant and entertaining. It’s… properly British ”

The most outrageous, noisy and thirsty city car to ever exist

There is – and only ever will be – one of them. Boo

Remember the Aston Martin Cygnet? The city car Aston’s former CEO Ulrich Bez used as a leftfield loophole to lower the firm’s emissions back in 2011. Somewhat hilariously, Aston’s wishy-washy marketing described it as a “tender” – a sort of short-range urban dinghy to your DBS yacht. In reality, it was an utterly extortionate, £31k, rebadged Toyota iQ with a leathery interior that only lasted two years before being swept under the carpet. Quite right, too. It was one of the biggest jokes in motoring history. An April fool PR stunt made real. But it’s funny how perspective can change with time and the application of a 4.7-litre V8 engine.

That’s because this isn’t any Aston Martin Cygnet. It’s what can only be described as an engineering inevitability: a V8 Cygnet. No chop-shop special, either. An actual Aston Martin from Gaydon’s Q division. See, if you leave a set of Aston Martin engineers in a room with an old Vantage S and a small Japanese city car for long enough, eventually someone will go all Spice Girls and make two become one. It was an idea Aston first explored in 2012, one that ultimately got mothballed. However, when a loyal customer was willing to resurrect and bankroll the spenny skunkworks project in 2018, the Q department obliged. There was a stipulation, though: it had to be a one-off. When you’re flying at an altitude in society that this owner obviously does, the strongest currency you can deal in is bespoke. Having something no one else does equals weapons-grade bragging rights.

Mad-looking thing, isn’t it? Short, squat and wide – a by-product of the hefty surgery that went into making the packaging work. The front and rear subframes are from the Vantage S, plus all its key components (suspension, engine, gearbox, wheels, brakes, track widths) were bolted to an iQ’s chassis. Then, an elaborate cage was added to act as a central spaceframe so it wouldn’t wallow like a warm blancmange. You’re tricked into thinking that you’re in a diddy city car, when, in reality, you’ve actually got monster wheels sprouting out of arches and a supercar’s footprint. So basically it’s two halves of a Vantage S, joined across a city car centre (two Cygnet bodyshells left from the development of the original car were used in the V8 project) by a tiddly torque tube about the length of your forearm.

Let me guess the two questions that are currently on the tip of your tongue. 'How much did it cost?' and also possibly 'how fast is it?'. Well, there’s no hard figure on the cost as these one-off jobs can be blank cheque scenarios, but someone inside Aston said it’d be between £250k–500k. Which is actually a lot cheaper than we were expecting. But still a hell of a lot more than a standard Cygnet, which, when it came on sale in 2011, started at £30,995 – over twice as much as a similarly specced iQ it was based on. As for the speed, well...

“The one-off Cygnet V8 is the most hilarious city car in history. Exuberant and entertaining. It’s… properly British”

The Cygnet V8 is hilarious. Exuberant and entertaining. It’s… properly British. Projects like this show that both Aston and its customers have a sense of humour. A quality that translates in every part of the city, and every part of the world. The V8 is a shot of serotonin for society. In London, it lifts people’s spirits, acts as relief in what can be a socially awkward city. See, unlike the original, this Cygnet is no joke. But it is hilarious.