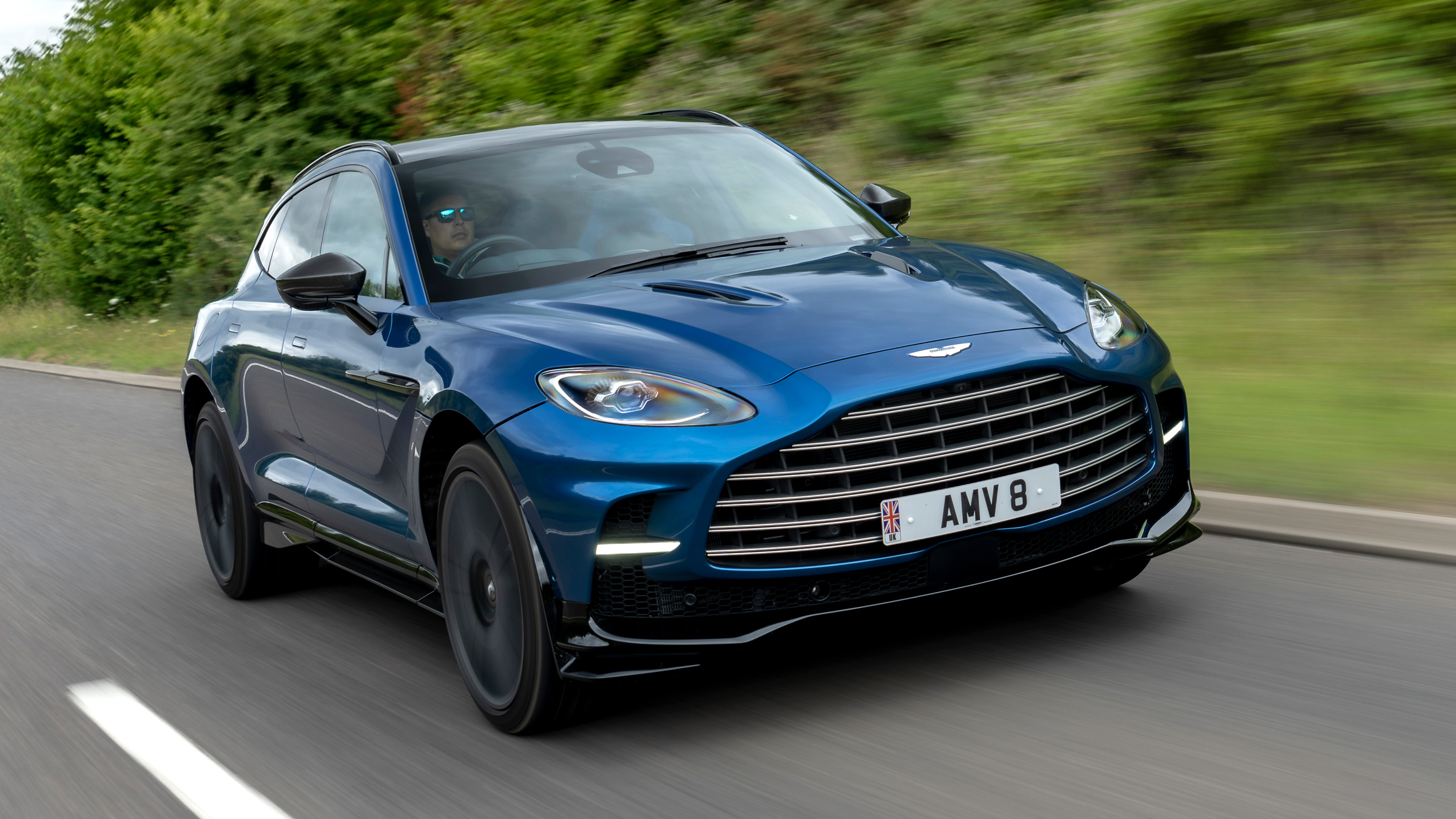 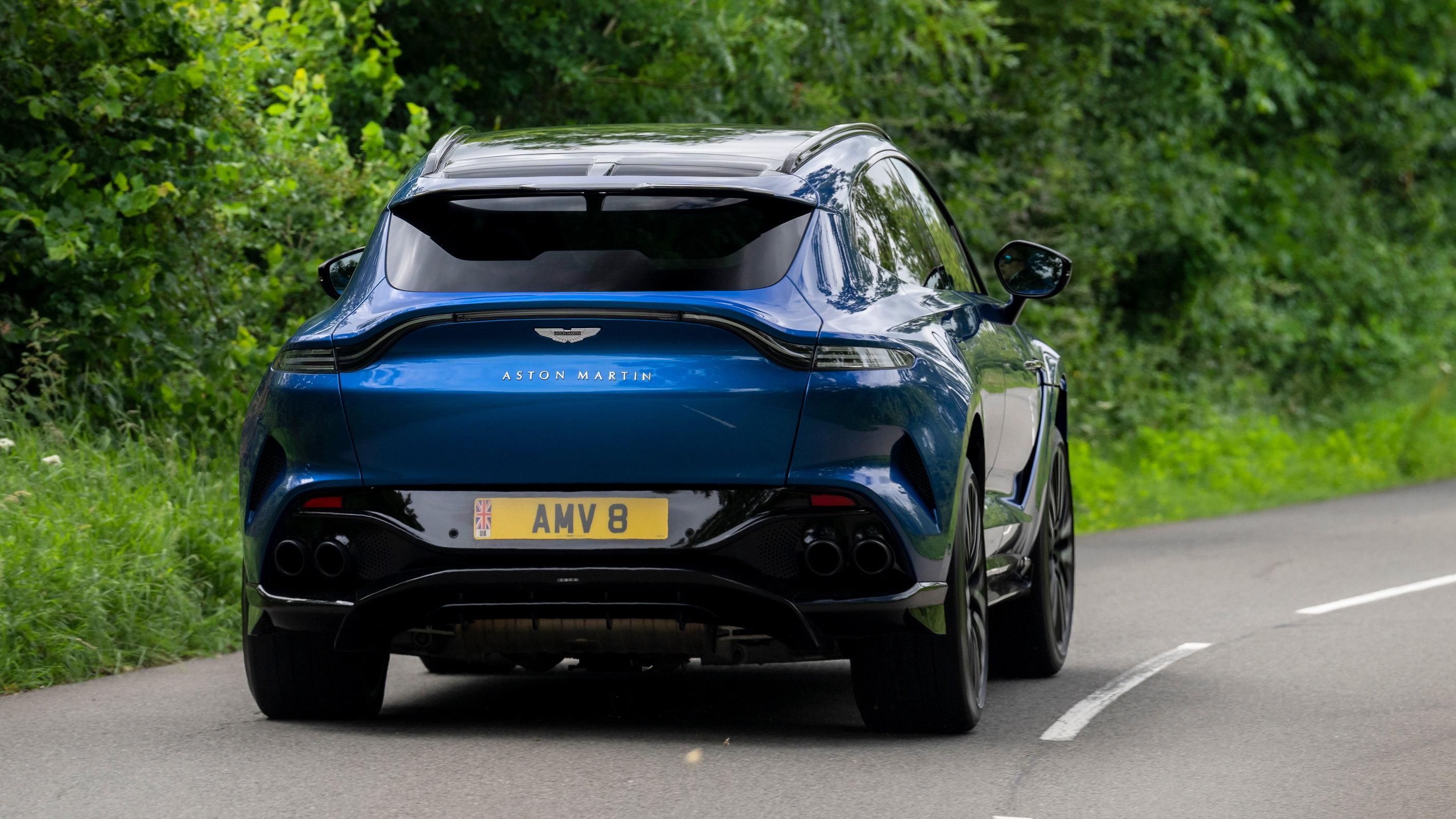 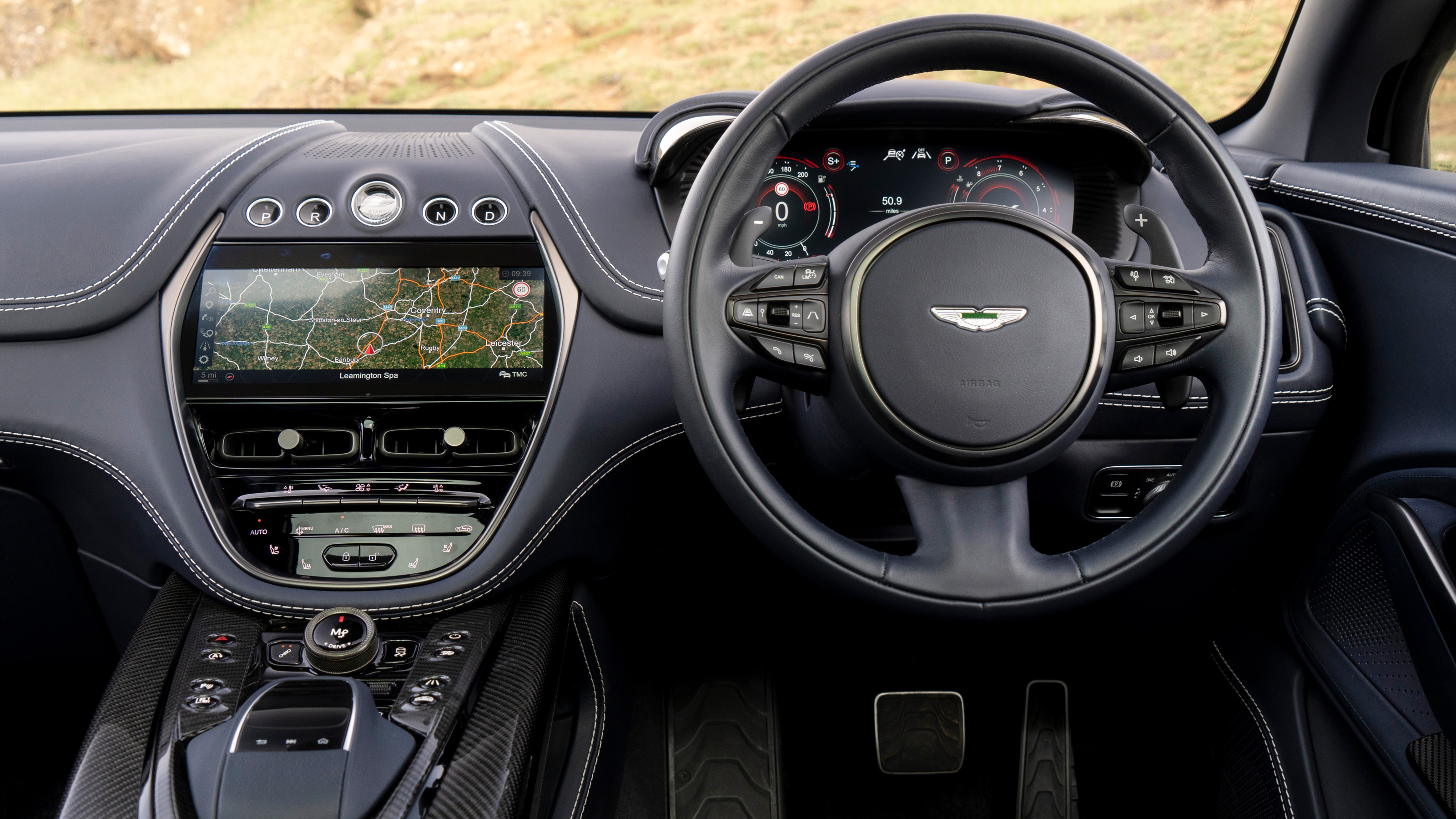 Usefully, the DBX has six drive modes (GT, Sport, Sport+, Individual, Terrain and Terrain+), so the air suspension system has a decent chance of dealing with whatever you throw at it. On A-roads and motorways it’s a companionable - if not entirely fuss-free - cruiser, never quite aping a magic carpet thanks to a slight undercurrent of big-wheeled thump to the ride and slight noise. This is the car’s dynamic weakness – it lets more tremor, vibration and fidget through than rivals such as the Bentayga. And yes, the wheels are massive 22s, which don’t actually look too big. 23s are available.

Does it put all that power to good effect?

It reveals overtaking opportunities unavailable to more mortal vehicles, and the noise is nicely judged - a muted grumble in the more socially-acceptable ranges, a bassy bellow with a hard-edged buzz when you reach for the faster arcs of the rev-counter and the exhaust valves. The way the Merc-sourced 4.0-litre makes torque and power has been modified to better suit the DBX’s characteristics, and it’s pretty much spot-on. Similarly, when surfing around, the nine-speed auto seems to manage perfectly well. You don’t really notice it, and that’s a compliment.

The 707 is more urgent obviously, but only if you go looking for it. Throttle response and turbo build up are still relatively genteel, even the gearchanges from the E63 AMG-sourced gearbox aren’t too harsh. It’s just got way more mid-range shove and top end punch. It’s a very, very fast machine: 0-60mph in 3.3secs, 193mph top end. Still, it’s not like the standard car (4.5secs and 181mph) is slow.

But can the chassis keep up?

This is the best bit – even the 707 feels like it could handle more power. Driven on track the 707 feels wild, the chassis eager to send as much power as possible to the rear axle (90 per cent in the sportier modes). It’s a hoot, but a controllable, capable one. The regular DBX doesn’t have this ability or bandwidth, so if you want to really punt a DBX along, have the quick one. It’s got genuinely lovely steering, sounds delicious, has great chassis balance and is downright playful given half a chance. Plus when you back off you discover there’s no comfort or refinement drawback – it rides every bit as well, and feels more composed, together and expensively damped.

How about the regular DBX?

Given the opportunity to push (and drop the ride height a little for schporty reactions), it reveals a generally very safe balance with leanings towards rear-wheel drive responses, a tidy, not-very-SUV set of dynamic traits. Basically it’s pitched somewhere between a full fat fast SUV and an actual AM GT car. Some of that is the fact that it’s quite low - at 1,680mm, it’s some 60mm lower than, say, a Bentley Bentayga – but there’s a keenness that’s surprising.

It’s also marginally less satisfying on the track. Now, circuits are not where SUVs of any stripe feel comfortable or even rational, but the DBX really can lay claim to being a properly sporting thing. It’s not slick with speed, mind. It doesn’t feel like it slices through the air like a supercar, more a battering ram of performance with less barn-door aesthetic than the usual fast SUV.

The ‘box isn’t the happiest going full-bore either, despite the paddleshifters behind the wheel. It's responsive enough on upchanges, but really doesn’t want to hammer a gear unless it’s down in the comfortable end of the rev-range.

In its most extreme mode, there’s a defined sharpening of the responses, and the active centre transfer case can vary drive from 47/53 front-to rear to 100 per cent rear-wheel drive, with the electronic diff in the back then pushing torque from side to side between the rear wheels on demand. There’s also brake-actuated torque vectoring, and a 48-volt electronic anti-roll control (eARC) system replacing traditional anti-roll bars. Now this could make the DBX feel a bit stilted and digital, but it doesn’t. There’s a little lean, a little oversteer, and a feeling that whoever set the car up arranged it so that it felt like a real GT car - albeit one that’s levitating a foot away from where it should be.

Can it do off-road?

More capably than you might imagine given that wheel and tyre combo. Dropped into Terrain+ mode, which raises the suspension 45mm from standard ride height, tweaks the various differentials and throttle maps and generally sets the cars up for lumpy country, it really can potter across some properly muddy geography. It’ll wade to half a metre – there are breather pipes on the diffs - manage hillocks and rock scrambles and generally mountain goat itself about. No, most owners won’t do it, but like most expensive and pointless things, it’s nice to have the element in reserve. After all, not many supercar owners test their 200mph capability, but that’s not to say that they don’t like the bragging rights. 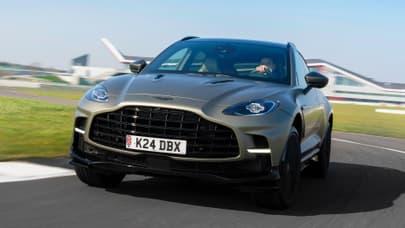 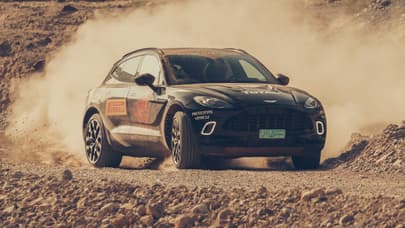