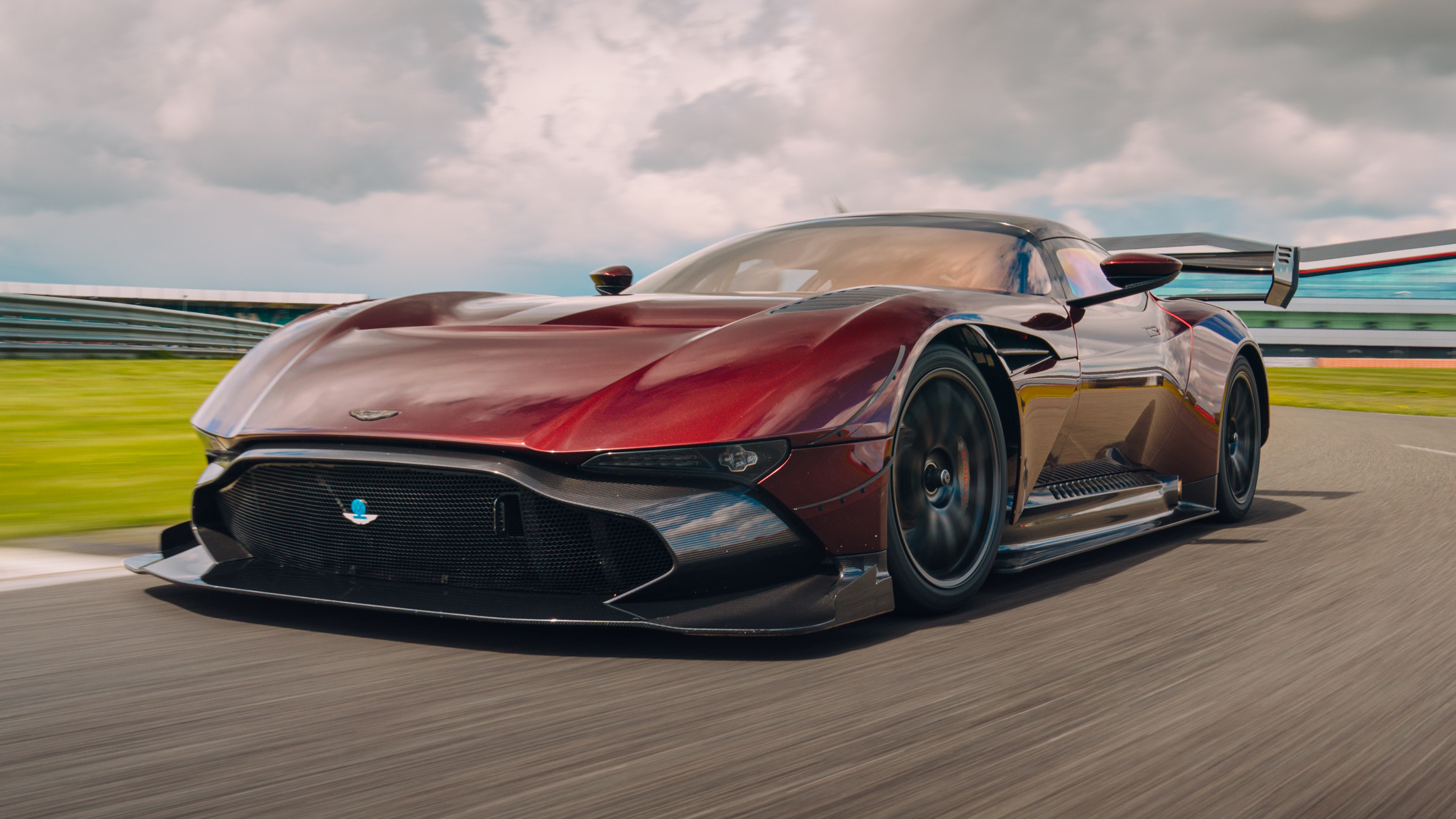 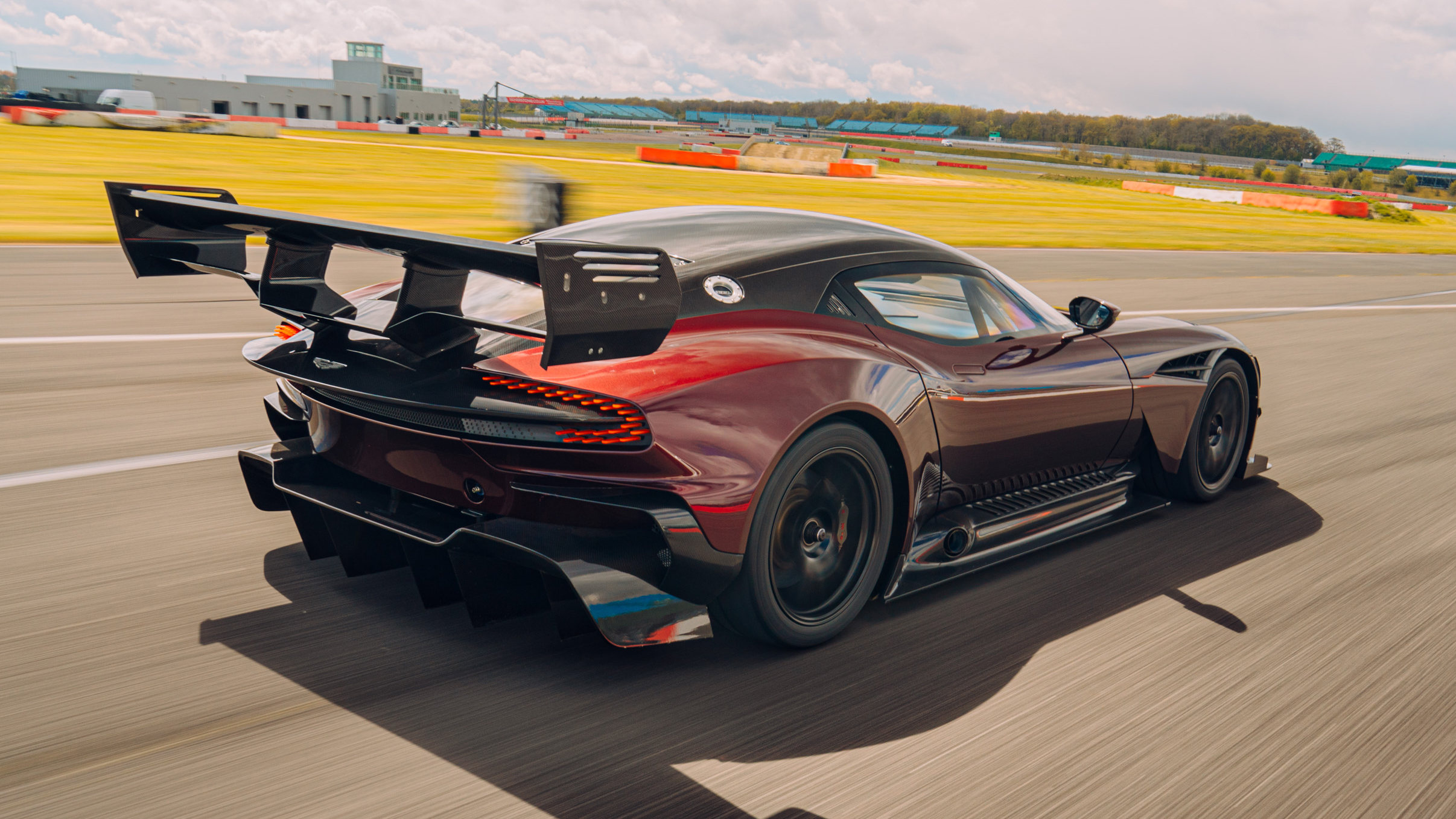 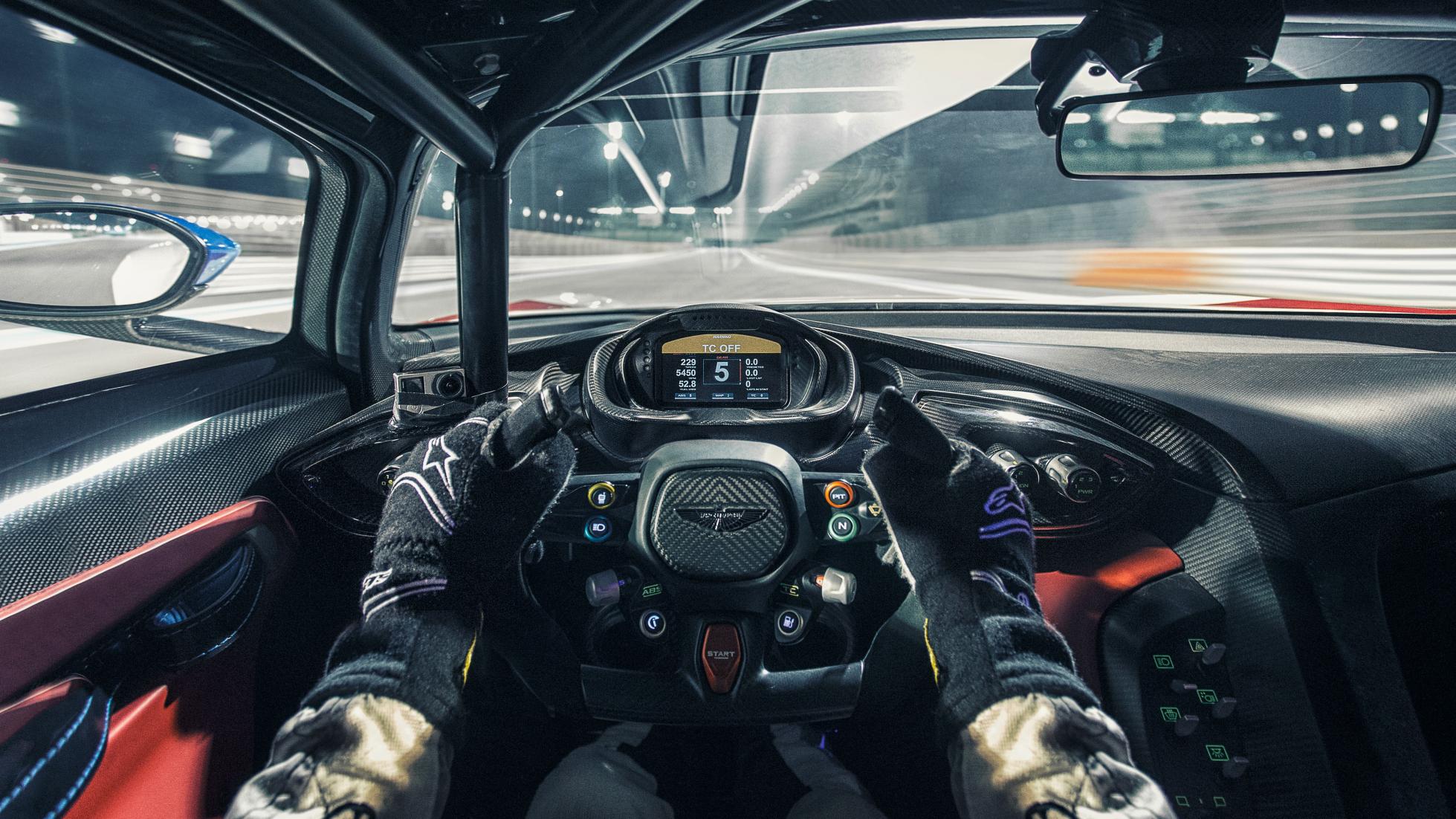 Let’s pick up where we left off. The Vulcan landed in 2016 and since then other track-only hypercars such as the Brabham and Senna GTR have appeared, and because they’re newer, have their engines more fashionably in the middle, maybe have faster lap times, the temptation is to think that they’re automatically better. But these are not racing cars. For the most part they’re not eligible for any race series. So they’re experience cars, designed to give their drivers an almighty kick of adrenaline. And for that we’re not sure anything beats the Vulcan.

The feeling of energy at idle is colossal, the whole car trembles, and if you blip the revs, they scream to the limiter and back in an instant – vap, vap, vap – proper motorsport stuff. It’s hardcore – massive seats inside that bracket your vision, F1-style steering wheel (a work of art), juddery clutch when pulling away, gear whine, squeaky brakes and all the rest. It has three power modes, selectable via chunky rotary controller on the dash: 550bhp, 675bhp and then the full whack of 820bhp. You’ll think twice before engaging maximum force.

A racing experience? It’s all here, all the time. But as is the case with other cars with a similar remit, it’s been cleverly set-up. Confidence builds quickly because the Vulcan does your bidding precisely and immediately, the controls reflecting your inputs exactly. So you go faster, fast enough to be working the chassis harder than you expected, and when you do, you discover it is approachable, that it doesn’t do anything nasty at the limit. A little bit of push through the nose when you turn in, but that’s about it, unless the corners are very tight the combination of slicks and wings means you can deploy all 820bhp with alarming ease. So you test it further, brake all the way to the apex to keep the pressure on the front tyres then bury it on the way out.

If the curves are tight, or you’re on the treaded Cup 2 rubber you just need to be a bit more circumspect. You don’t quite get the communication and immediacy you do from the slicks, but it’s not far off, and the overriding impression is of a real calmness under pressure. All movements are smooth and well telegraphed. It doesn’t snap or twitch, but moves progressively, calmly, and even when the back end does let go it’s more likely to be because you’ve overdone under braking than under power.

The brakes. You can absolutely hammer the carbon Brembos, give the super-firm pedal absolutely everything at high speed, and not lock them up. Trying to release the pressure gradually as the aero grip bleeds away and the car lightens, carrying braking all the way to the apex to keep the nose locked on line – it’s an addictive business. The ABS is adjustable via a rotary controller on the wheel, so too the traction. You can turn that down if you want. The Vulcan has such predictable chassis balance and a relatively wide operating window within which to save face if you overdo it, that you find yourself taking liberties, hurling it about.

And all the time the thunder of a full-blooded 820bhp V12 giving its all, punctuated by whipcrack gearshifts. Naturally aspirated, ultra-responsive, wondrous, strident and sonically magnificent. It howls. Shrieks almost. Like an old V10-era F1 car, but slightly less shrill. The sound pulses pile on top of each other, the detonations more densely packed than in a V8, coming faster and harder and more urgently, each forcing speed from the car.

The noise is colossal, the sense of fury intimidating, and you sit at the centre of this storm, fearing you’re not fully in control, that the onslaught could sweep you away, but in fact this mighty orchestra obeys its conductor intimately. As driving experiences go, it’s right up there. Downshifts shock the car, flames flash and lick about, the side pipes pop, rumble and crash, shift lights flash, gears whine, the V12 soars and shrieks – it’s a mashing, roaring mechanical melee. So yeah, just a bit special.