£45,180 when new
Read why you can trust our independent reviews
Dan Prosser
Published: 09 Jan 2018
comments
Skip 11 photos in the image carousel and continue reading 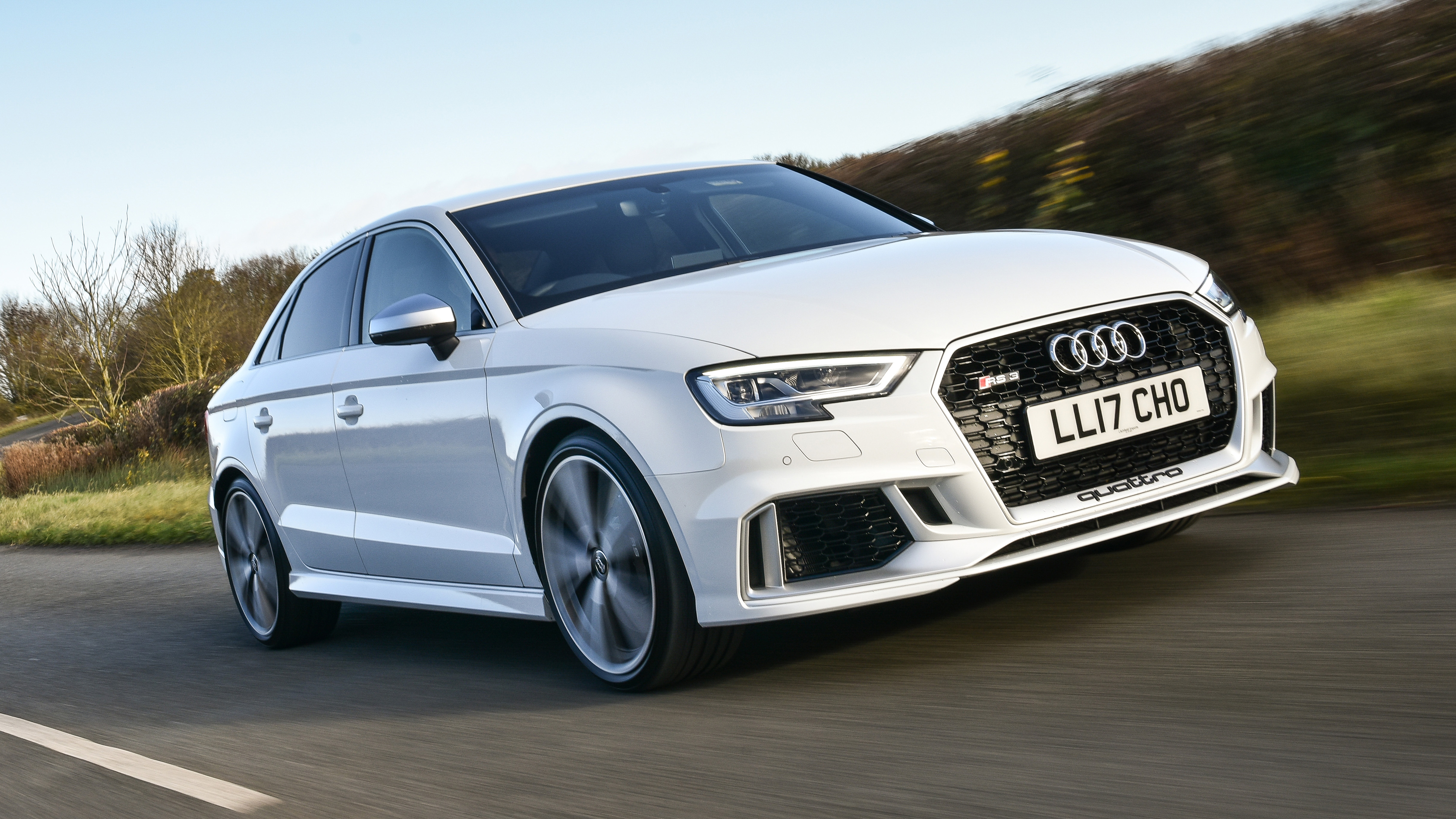 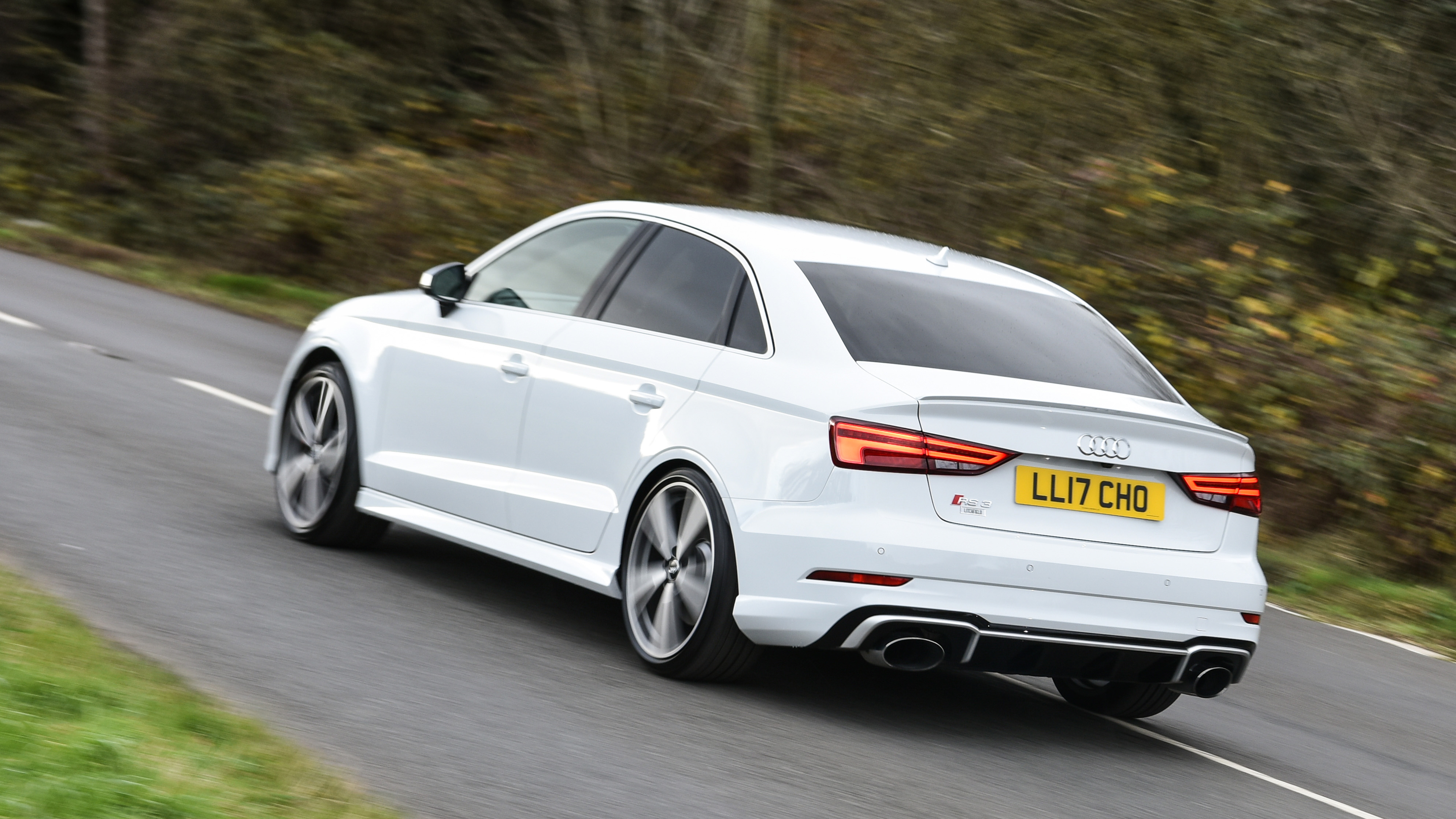 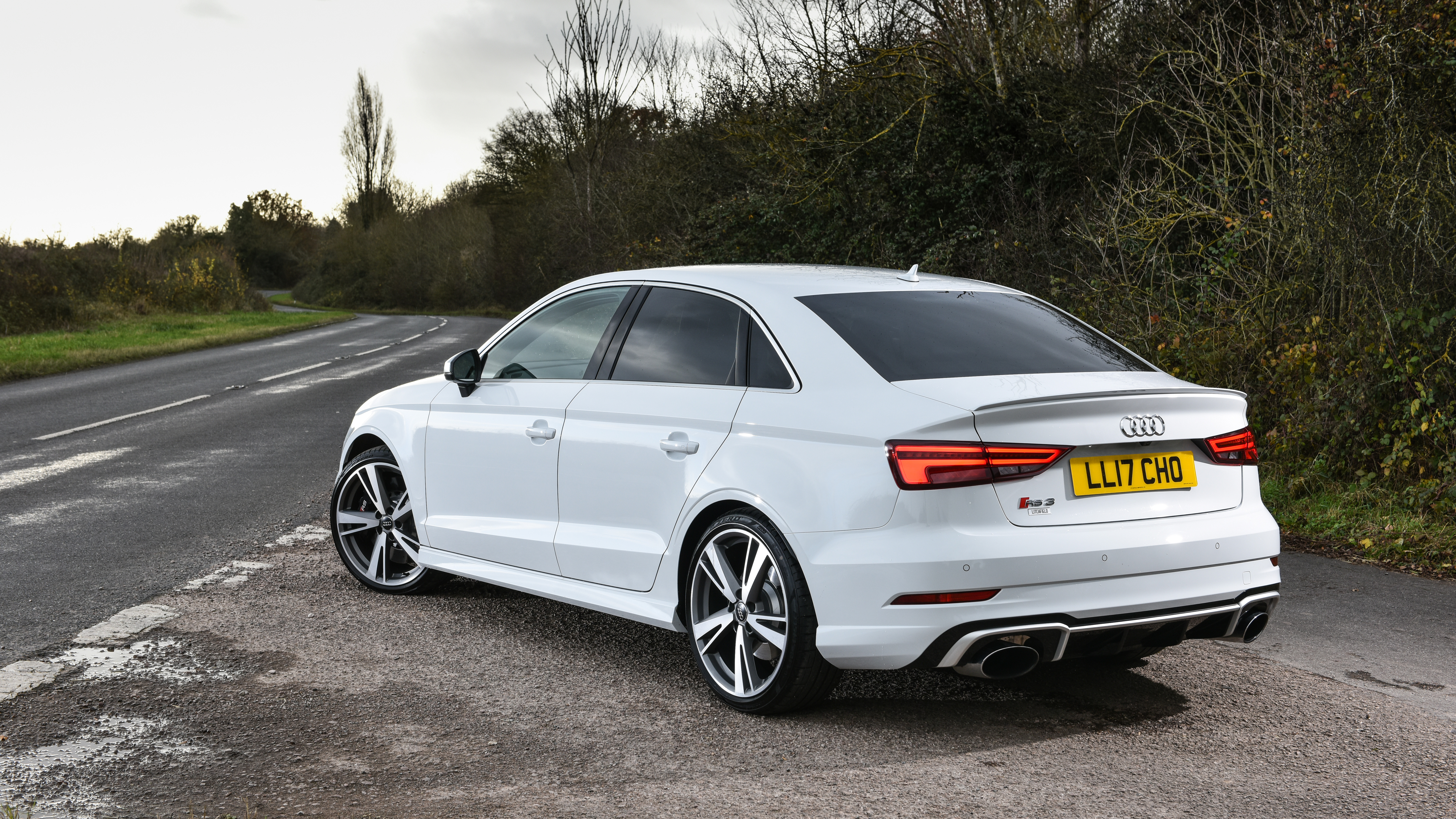 No, it doesn’t. The RS3 is smaller than a Ford Focus, but it has 395bhp. Like the McLaren 720S and Porsche 911 Turbo S, it’s one of those cars that already has masses of straight-line performance as it is, thank you very much.

Fine. I’ll go and read something else.

Don’t go anywhere. Sure, the RS3 doesn’t need any more power, but when it comes as easily and as cheaply as it does here, more power can only ever be a good thing. You see, tuning specialist Litchfield has boosted the RS3’s 2.5-litre turbo motor to 500bhp, while torque has risen from 354lb ft to a thumping 484lb ft.

Normally, you’d expect to pay a small fortune for those sorts of power and torque gains, but the full cost of this upgrade is just £2,058. To put that into some sort of context, Audi will charge you £1,600 to have the RS3’s speed limiter increased from 155mph to 176mph. For not much more money, you could take your RS3 to Litchfield and get a massive 25 per cent more power out of it (while having the speed limiter removed entirely).

I’m sold. But why isn’t the upgrade more expensive?

It’s because all Litchfield has had to do is remap the ECU, fit a bigger intercooler and whack on a higher spec air filter. Very simple stuff indeed. If you went on an engine tuning course, in fact, those are the things you’d learn about in the first 30 minutes.

It wasn’t so long ago that getting a hatchback or small saloon - think Subaru Impreza or Mitsubishi Evo - to develop 500bhp was a challenge not unlike landing man on the moon. You’d be into a bigger turbocharger, an entirely new exhaust system, a reinforced block, water injection and all sorts. It would cost a fortune. And even then the engine would be horribly laggy, the turbo would only come on boost halfway through the rev range and the motor would probably blow itself to pieces after a few thousand miles. This engine, meanwhile, feels as refined and as sophisticated as the standard RS3 engine.

So why has the extra power come so easily?

Iain Litchfield - the guy who founded the company that carries his name - has a theory. He reckons manufacturers are so hamstrung by today’s stringent emissions regulations that they’re having to massively over specify their performance engines. If these engines are to make the necessary power and satisfy the emissions testers at the same time, they need to have all sorts of trick technologies like variable timing, clever engine management and free-flowing exhausts.

With all that tech fitted, the manufacturers then have to write strangled code into their engine maps to control the CO2 emissions. What this means for tuning companies like Litchfield is that with a simple remap - and in this case an air filter and an intercooler - engines like this one can be uncorked and massive power gains can be realised for very little expense. For tuners and car owners alike, it’s a dream. Assuming you’re less worried about your local carbon emissions…

To demonstrate just how over specified the RS3’s engine actually is, consider that Litchfield hasn’t even touched the exhaust system and still the car can be tuned up to 500bhp. 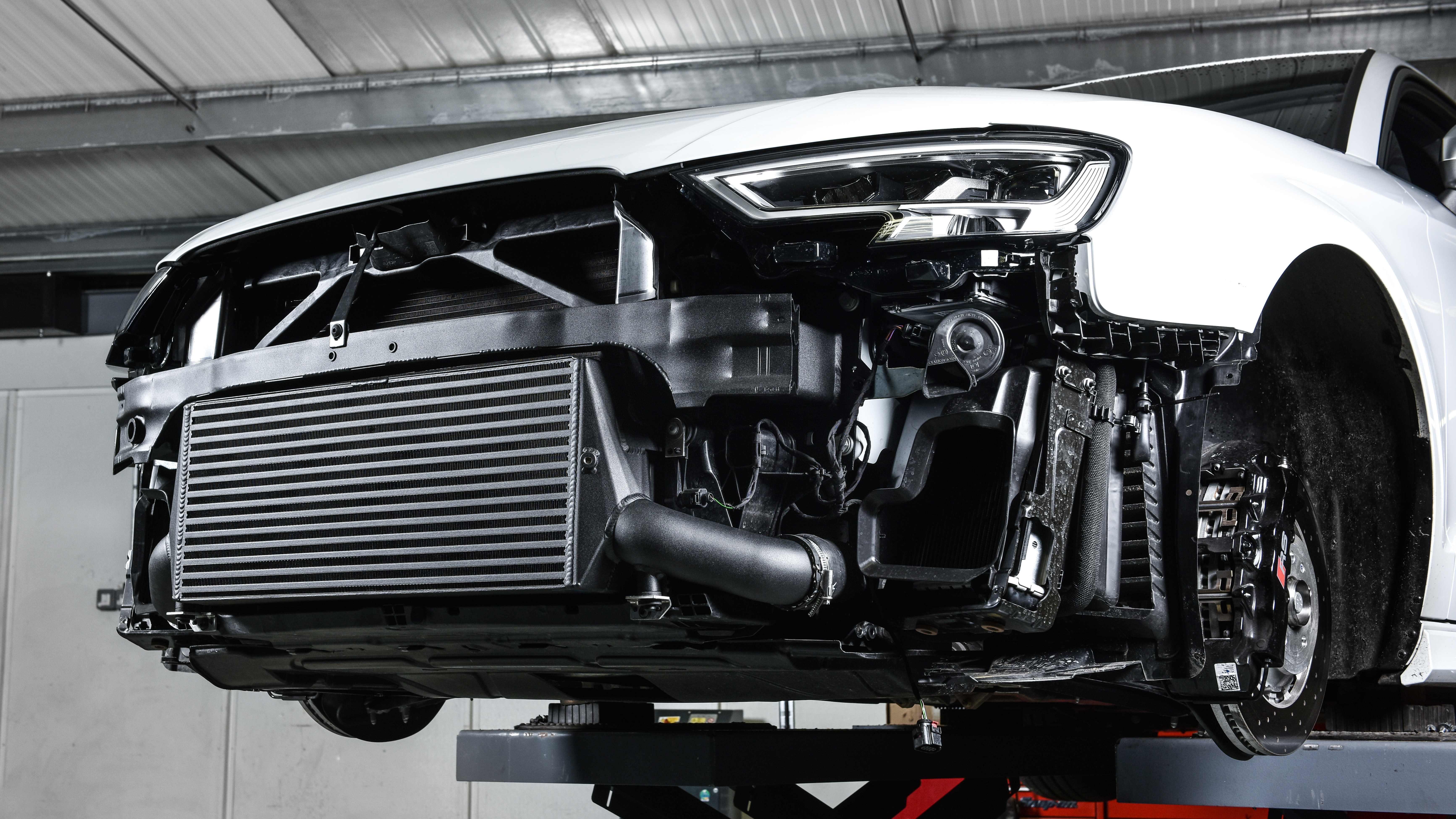 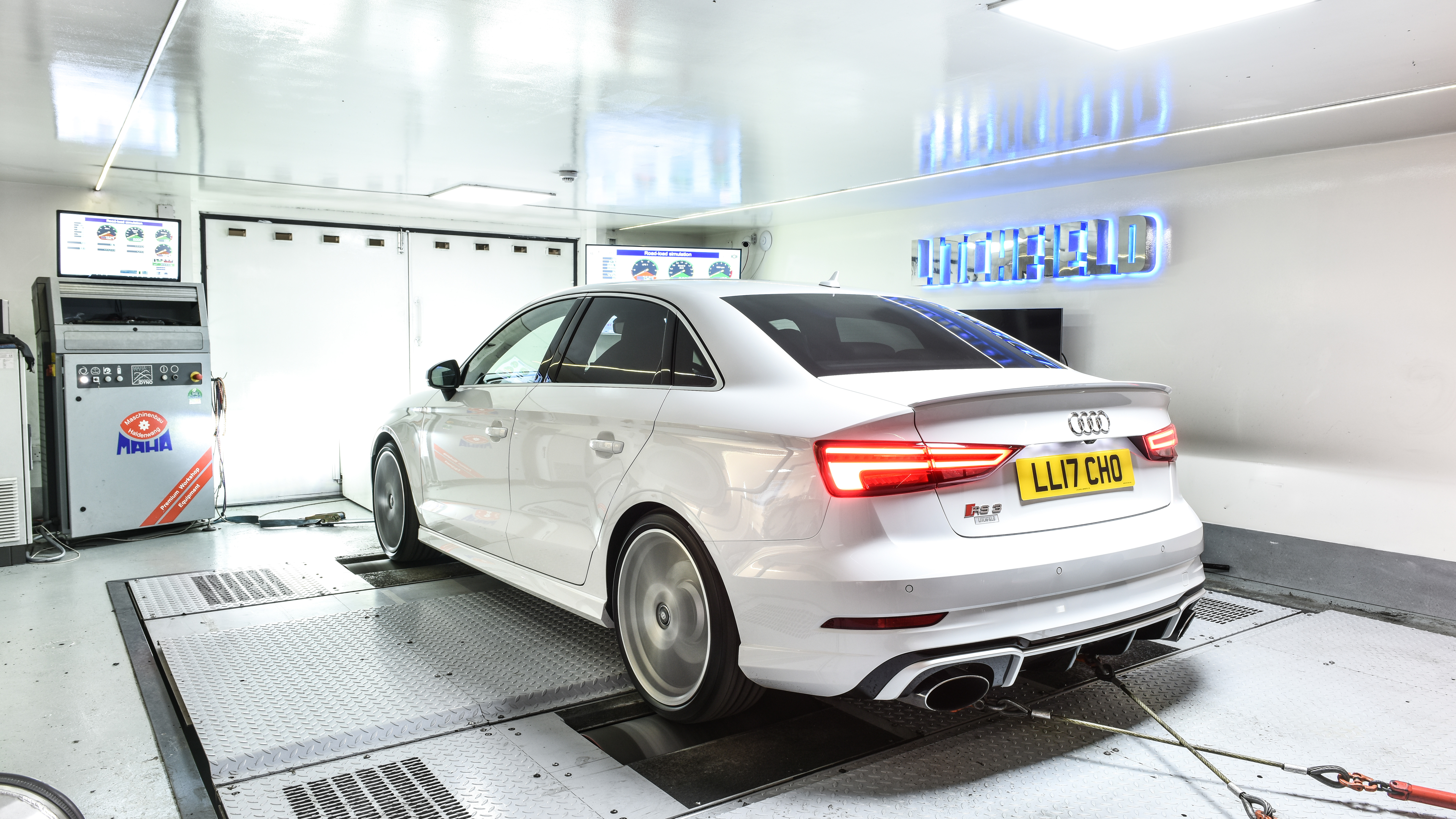 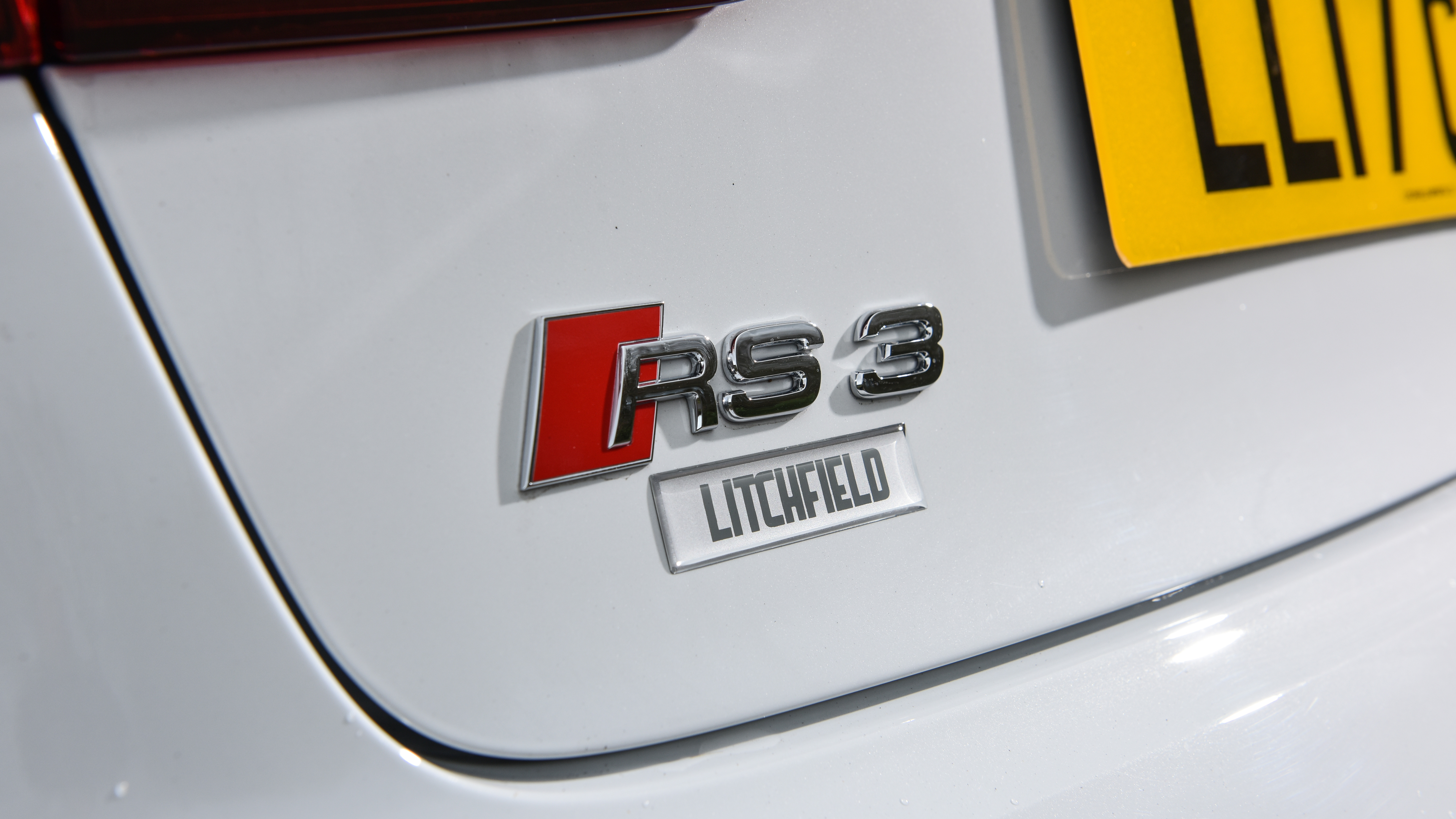 How does the car drive?

In normal conditions, exactly like the standard RS3. Around town or at a cruise, you wouldn't necessarily know the car had been modified in any way. It’s when you put your foot down that you really appreciate how much faster the Litchfield RS3 is than the standard car. It starts pulling strongly from 2,500rpm, but at 3,000rpm it really lights up. From there is pulls staggeringly hard right the way to the 7,000rpm redline. This RS3 is massively fast - but given that it has more power than the previous Porsche 911 Turbo, you probably guessed that already.

With four-wheel drive and a twin-clutch gearbox you can use that performance just about whenever you want to. Sure, if you really want to set your pulse racing you’ll want something like a BMW M2, but in terms of all-weather, day-to-day performance, this RS3 is very hard to beat.

So it’s a no-brainer then?

If you want an even faster RS3, it really is. But there is one caveat. Any sort of engine modification will invalidate a manufacturer warranty. If you’re the sort of person who is protective of your warranty, you should leave your car in standard spec. It is worth saying, though, that this upgrade is entirely reversible and Litchfield hasn’t run into any warranty issues with Audi yet.

For all those people who just don’t care about warranties - and there are plenty of them - the Litchfield upgrade offers brilliant value for money. And makes this subtle RS3 perhaps the greatest tool for overtaking in the known universe.