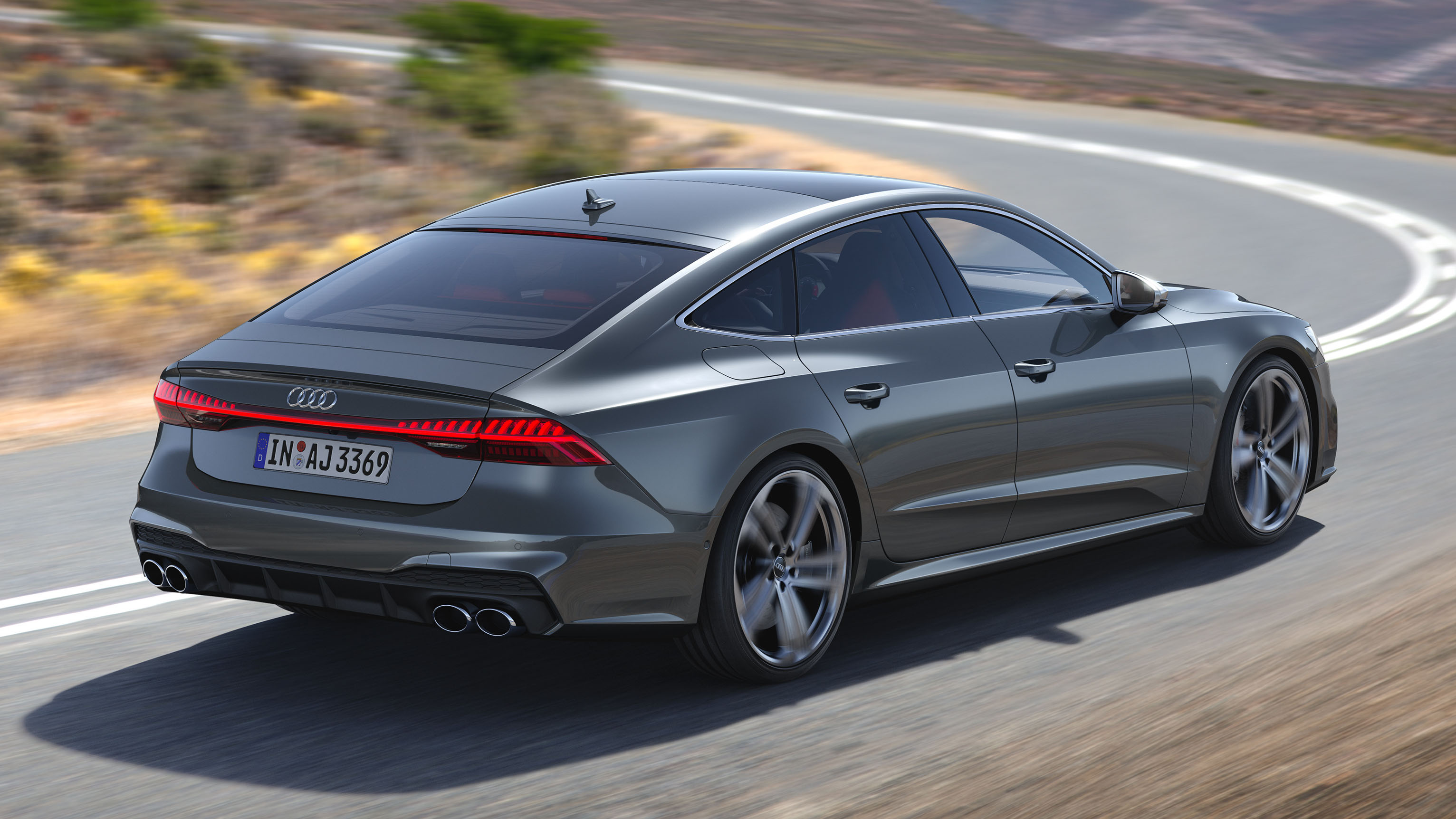 Yep. All 'S' Audis - not to be confused with the trim-spec that is 'S-Line' although its horribly easy to do - are now diesels, and all share the same 3.0-litre V6 diesel motor with just under 350bhp and a handy 516lb ft of torque. That means that there’s now a big S7, and it’s derv-powered. Obviously this gives some defined clear air between S and more aggressive RS variants, and opens up some interesting questions as to why Audi has plumped for the demonised diesel for a new fast-car series.

Interestingly, and perhaps not surprisingly, Audi reckons there’s still a place for diesel if its clean and efficient enough. The new motor features a 48-volt electrical system lifted from Audi’s bigger cars (like the SQ7) that in turn allows the use of an electrically-powered compressor (the EPC - essentially an electric turbo) that spins itself when there’s too little exhaust gas to activate up the single, more traditional blower.

It sits between the intercooler close to the engine, and if the turbo isn’t on boost but you floor the accelerator, the EPC whizzes into action and delivers around 1.4 bar of boost without the need for recirculated exhaust gas. Once the normal turbo gets up to speed, the EPC shuts down again, and in theory, cuts lag and improves response time.

There’s also an MHEV (mild hybrid electric vehicle) system built into the architecture of the 48v layout, and that constitutes an alternator-starter connected to the crank. When you brake, it can recoup up to 12kW of energy (stored in a lithium-ion battery under the boot floor) which is then distributed to whatever system needs it, cutting load on the engine and increasing mpg. It also enables extra coasting - the engine shuts down whenever it can - and gives a smooth and subtle edge to the stop/start system. It works in the SQ7 TDI, so it should provide a real kick in smaller, more svelte cars, surely?

The fun bit comes with slightly boring-but-useful figures (170g/km and 35.8mpg WLTP) and the less boring 516lb ft. Now, the one below the S, the ’50 TDI’, lives its best life down at 282bhp and 457lb ft of torque and takes an extra point six of a second to get to 62mph. Which is just about enough of a difference to notice. At £54,940 basic (i.e. without any toys apart from the ones it comes with), it’s nice enough, but lacks a bit of character. The S7, on the other hand, suddenly becomes an altogether different kettle of diesel power.

Essentially, the interstitial electric turbo reduces turbo lag. Hesitation doesn’t disappear completely - there’s still a little gap between pressing the throttle pedal and full acceleration - but when the full 516lb ft of torque steps up, it scoops you up in a soft palm of acceleration. It’s not desperate or actually very frenetic, but it feels gently relentless - like all big, torquey motors. It’s also not the broadest of rev ranges to exploit and does its best work above 2,000rpm and below around 3,500, but the eight-speed ‘box means you can short shift yourself into illegal speeds quite happily. And it warbles nicely as you do so thanks to tricky sound generators. No, it’s not a spine-tingling shout, but it sounds meaty.

It really is. The best thing really is that wall of torque - the most useful of the figures for real-world use. Popping around a dawdler, accelerating onto a motorway, it’s effortless rather than grin-inducing, but it makes for a very satisfying combo. In a slightly quiet way. Not one for the yoof, but it’s got some grunt.

Sounds a bit of a softie for going fast, though?

Nope. Just because the S7 woofles rather than barks, it doesn’t mean it hasn’t got teeth. Ok, so the quattro four-wheel drive is set up on the safe side of handling, but that’s absolutely appropriate. There’s a four-wheel steer option that makes it feel smaller than it’s exterior bulk would suggest, a sports diff that slings power to an outside rear wheel to nip understeer in the bud. The S7 therefore, flows entirely happily. You don’t chuck this one and drop gears, you slick it through a corner and surf torque. On the right road, it’s a proper tool. Don’t forget, this motor may mean the S7 TDI is half a second slower to 62mph than the old 4.0-litre TFSI petrol, but it still has specific outputs of nearly 118bhp/litre and 174lb ft/litre. It ain’t slow. Audi knows there’s a fair bit of potential - there’s an excellent ceramic brake option.

S7 also comes with damping control as standard, with air suspension as an ‘explicitly comfort-oriented alternative’ - which you don’t really need. Even the (optional) dynamic steering doesn’t feel as fake as it usually does.

This is getting to sound better and better. It looks pretty good, too.

Yup. Those who aren’t fans of Audi’s Minecraft whale shark mouth will have plenty to complain about, but with relatively few tweaks, the S7 looks very complete. There are new bumpers front and back, a new diffuser, extra-wide sills. Purposeful but not OTT. And it has four tailpipes… which is good. And they’re apparently completely fake. Which is really, really bad.

So do you think this stands up as an S car then?

Depends where you stand. This is not a ‘baby RS’. If you’re talking about a range-topper pre-RS, then it’s an excellent addition. That thumping diesel, the exterior tweaks and sharper handling give the S7 the character that the 50 TDiIis lacking, for no real compromise other than the price. And if you were to be looking at covering proper distance quickly, the S7 might well stack up better than a fuel-hungry RS anyway…