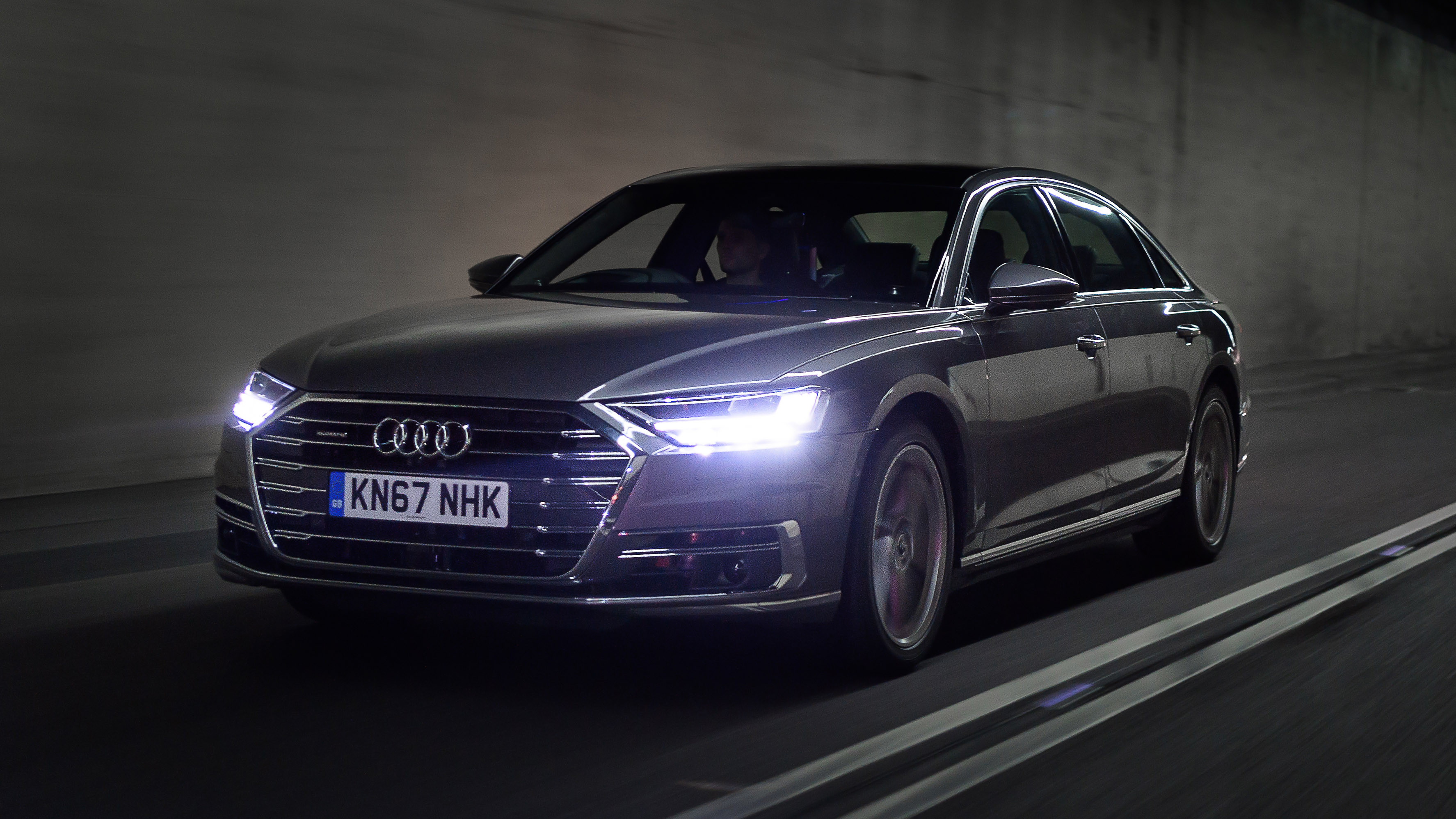 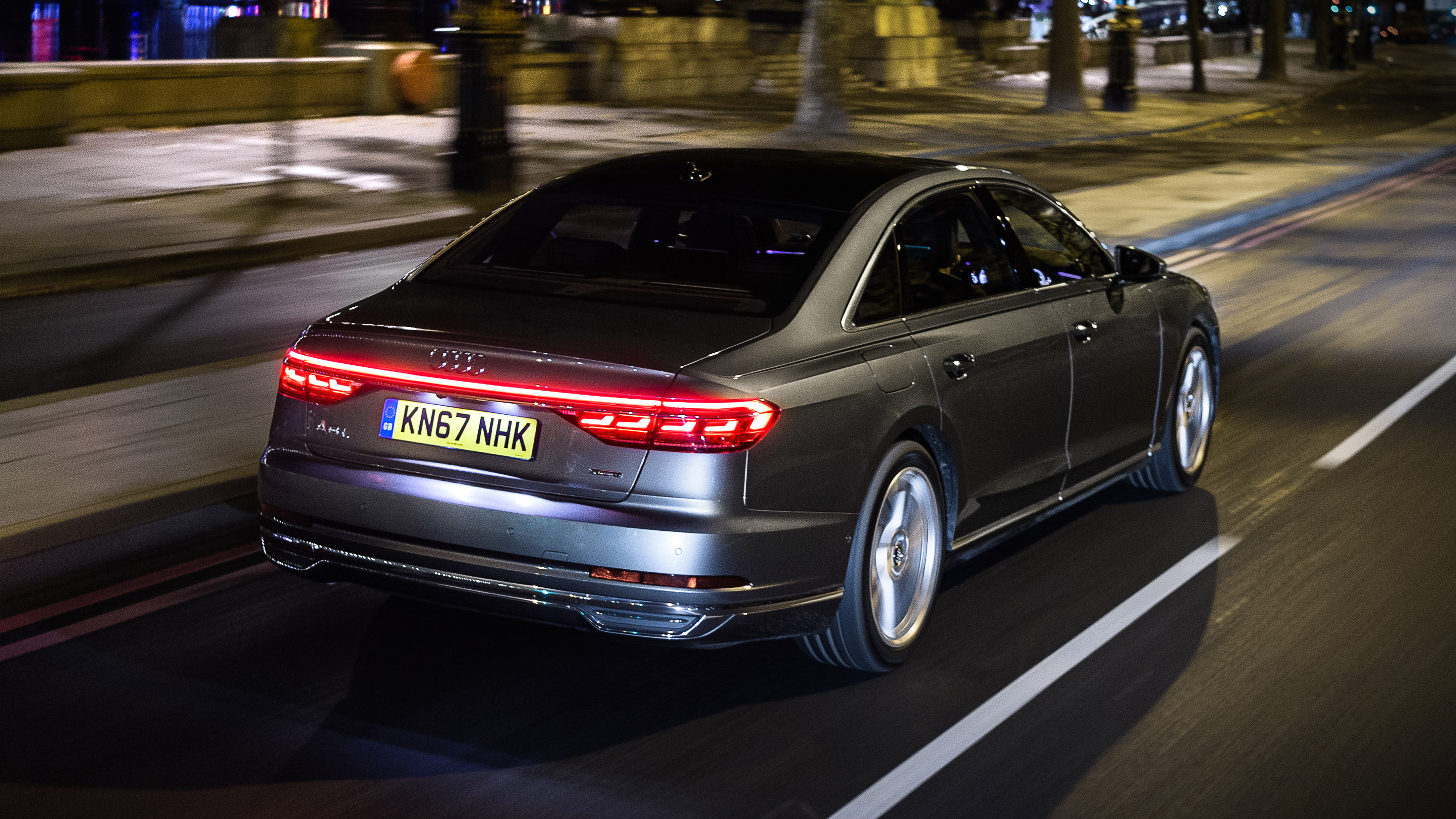 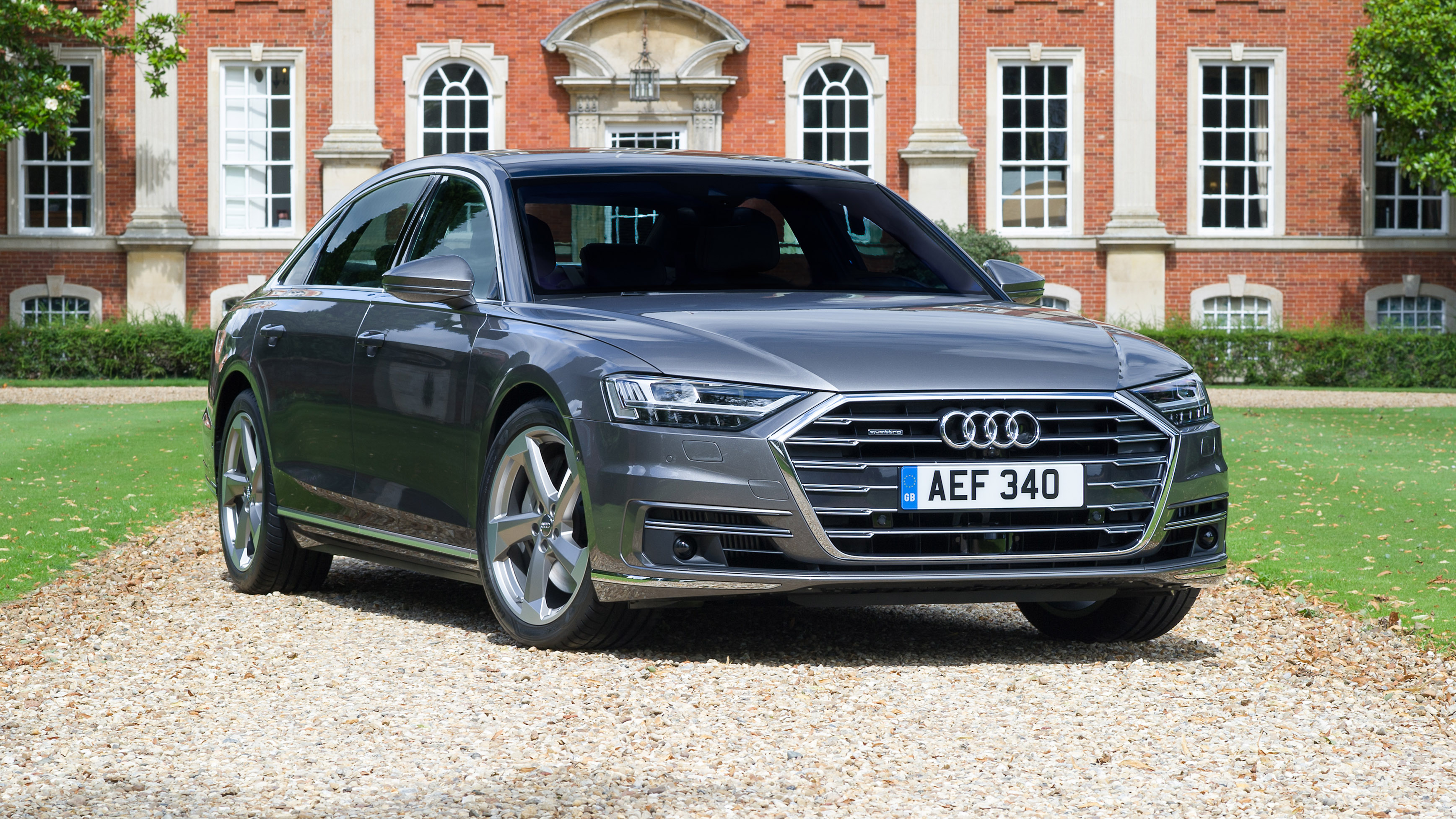 Ah, the A8, Audi’s flagship, AKA a car for the chauffeur driven.

This is the problem, isn’t it? This is, claims Audi, the world’s first production car that has been developed for level 3 automated driving. That's basically an ability to follow other cars on multi-lane roads and not bother the driver unless it needs to. And yet the reality is that the A8 is already, perfectly legally, a level 5 car. Because there’s someone up front doing it for you.

Only slightly. Think about it. If you’re wealthy and want a suitably relaxing, imposing car, what do you buy? A Range Rover. Maybe a Porsche Cayenne or Bentley Bentayga or Audi Q7. But you don’t buy an A8, because if you’re driving, you’ll be mistaken for the chauffeur. Plus, who wants their kids to have the best seats in the house?

Are you saying the A8 is irrelevant?

Anyway, let’s leave all this aside because what we do need to appreciate is just what a thing this new A8 is, and how Audi has moved the game on far enough that it can be considered to have leveled the playing field with the Mercedes S-Class.

There are some interesting facts when you start digging into the details. For yonks, Audi has been extolling the virtues of weight saving through its all-aluminium spaceframe. But this one is 100kg heavier than the car it replaces.

That might explain why fuel economy in the 50 TDI that I’m driving has only improved by 1.6 per cent, and that’s mostly come about thanks to the 48v electrics that allow coasting with the engine completely turned off. It’s also big – longer and wider than either the BMW 7 Series or Mercedes S-Class. Heavier than both of them, too.

I believe this signals a change of thinking at Audi. As we know from Bentley, weight isn’t the enemy if you want your car to be quiet and smooth rolling, the hallmarks of a luxury car. In the past Audi has insisted on a measure of sporting ability for the A8. I bet we won’t be seeing an S8 this time round (though there will be a W12 version). This A8 is soft, silent and relaxing.

They did this with the A4 recently, didn’t they?

You’re one step ahead of me. Yep, for the current A4, Audi abandoned any pretence of making it as dynamic as a BMW 3 Series, and the result was a much better car. One that leads the compact executive class in several areas and would be my first port of call if I had to smash out a load of motorway miles.

This A8 is different to any of its predecessors. It fulfills a luxury role better than it ever has before. The structure, which now includes steel, magnesium (strut brace) and some carbon reinforced polymers, is 24 per cent stiffer – and a stiff platform is a silent platform.

The standard adaptive air suspension is beautifully judged. In comfort it’s plush and soft and oozes along. Put it in Dynamic and there’s a level of control and an ability to carry speed that I still wouldn’t describe as sporty in any way. Just composed.

Would you know it’s a diesel?

Outside, yes. But inside there’s no vibration or noise. Occasionally I did find the automatic gearbox a bit slow to respond, then slightly sudden to react, but even then the engine was never too intrusive.

It’s swift enough, and there’s something about guiding it along a road that’s very satisfying – the steering is calm and precise. Unless you get the automated systems involved...

Are they typically fidgety?

Actually, no. By the standards of lane keep, radar cruise and so on these are pretty good, but they do sometimes make decisions you wouldn’t – tracking too close to the car in the next-door lane, not seeing that the car three in front is already braking, and so on.

Four-wheel steering (a £1,950 option) helps reduce the turning circle by a metre (to 11.8 metres), and aid high speed stability. I’m not sure it’s worth that, but then again not once in two days did I think I was driving a car that was over 5.3 metres long, which maybe tells you all you need to know.

How’s life in the back seat?

Unusually, I did actually spend a few hours back there. And most pleasant they were too. Tick the right boxes (the £73,095 list price of our long wheelbase test car was boosted by £35,000 of options), and you’ll get massaging rear seats, a panoramic roof, blinds, tablet screens and so on. For £7,300 you can even have a pack that includes a flip-down footstool that massages your feet. I kid you not.

It’s suitably palatial, you can close yourself away from the outside world and relax in a cocoon, but...

At the end of the day it’s another generic luxury car. You get the feeling that, as with so many other models in their ranges, Mercedes, BMW and Audi watch each other so closely they end up building cars that do very little differently to the others.

They all fall into the same trap of thinking that technology equals luxury, when actually technology equals complication. The A8 has a vast range of features. Vast. There are settings for everything, they’re all infinitely configurable and they’re all found at the far end of a menu labyrinth. I spent half my time ploughing through sub-screens, deciding if I wanted my buttocks warmer than my lower back or vice versa. But it was at least logical and the functionality and hierarchical organisation is outstanding. But not much is just one click away.

It looks good inside...

I think it’s outstanding actually. The outside is as dull as you like, a real missed opportunity, but the interior is just beautiful. Amazing materials, stunningly assembled and at night the whole place glows subtly under ambient lighting.

Special mention to the central flush-mounted control screens which have extraordinary clarity and are so crisp and clear to use. Touchscreen only, mind you, which means Audi has done away with its clickwheel. Shame, it’s a better way to operate a car on the move.

How about some more facts and figures?

You can have a standard wheelbase version for £3,995 less, which’ll make you look less like a professional driver. That loses 130mm from its wheelbase and a bit of kit, too. Next year, besides the W12, there’ll be a 4.0 TDI with 429bhp and a 443bhp e-tron Quattro that offers 31 miles of electric range. Not that impressive really.

But most A8s sold will be this 3-litre '50 TDI' diesel version, which claims 50.4mpg and 146g/km of CO2. And for all I said about it being only slightly more efficient than the old one, in daily use I was getting upwards of 40mpg. And look at the value. This one might have been kitted out with £35k of options, but compare the quality and ability here with what Tesla offers for the same money.

Is it better than the BMW or Merc?

They’re all practically inseparable, either for fuel economy, power/torque, rear legroom, engine refinement, comfort, equipment and so on. Without driving them back to back I wouldn’t want to say which is best. But for the first time it’s fair to say the A8 is right up there with them in terms of technology and ability. What lets it down, and what even the chauffeur-driven might object to, is that it looks too much like an A4.