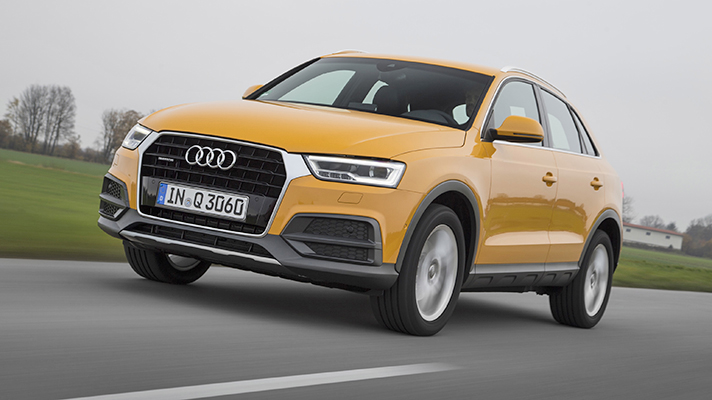 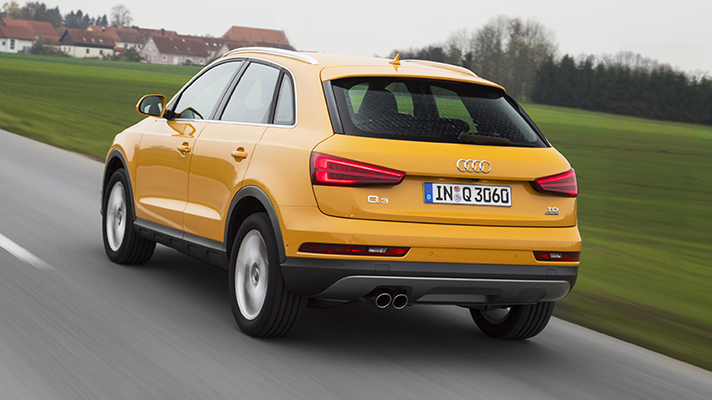 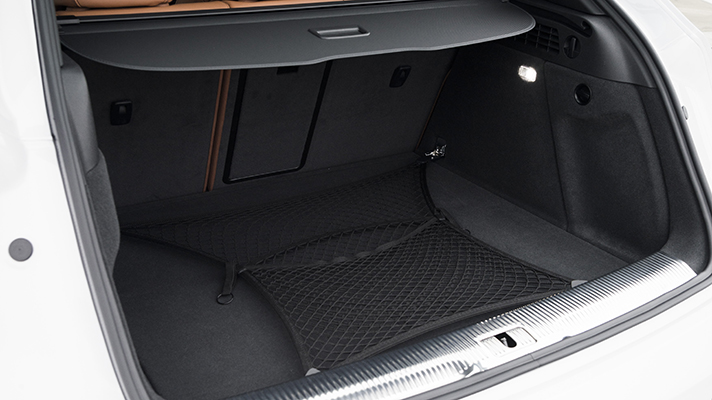 Nip and tuck time for the Audi Q3?

Correct. Audi's unquestionably popular small SUV has reached middle age by car industry standards, and therefore receives its obligatory facelift. Over 400,000 Q3s have sold since its 2011 introduction, so quite understandably its update has been kept modest.

In summary: there are refreshed engines with the usual more power/less consumption witchcraft, the headlights and taillights are sharpened via a bulk order of LEDs, and the front grille is now a bolder styling element thanks to its ‘3D effect' frame. The equipment list has also had a nice little tickle.

What are the highlights?

Kicking off the range at £25,340 is a 1.4-litre TFSI petrol. It has 148bhp and cylinder deactivation, two of its four cylinders shutting down to aid fuel economy when throttle loads are low, familiar technology from other VW group products. Its claimed figures are 50.4mpg and 128g/km of CO2 emissions, both improvements of around five per cent on the engine it replaces.

The other petrol options are a 178bhp 2-litre TFSI, which comes with Quattro all-wheel-drive but will be a minority seller, and the even more niche five-cylinder RS Q3, which has had its power upped to 335bhp. Two diesels are offered, and the higher-powered 181bhp 2.0 TDI Quattro (53.3mpg, 139g/km) will be the Q3 range's bestseller.

Is that the one to buy?

The 181bhp TDI engine also appears in the VW Golf GTD and Skoda Octavia vRS, applications in which it feels reasonably fiery. The Q3's 1.6-tonne mass, however, serves to dull any outright performance here.

But it's still very easy to see its appeal. Audi expects it to sell best with the optional seven-speed paddleshift 'S tronic' gearbox, and thus equipped, it's an exceedingly effortless car to drive. The engine is vocal at high revs, but its punchy mid-range torque (peak 280lb ft is delivered between 1750 and 2500rpm) makes such a scenario avoidable.

It's all admirably polished, but if it's simply a Q3 you crave, then the £3900 cheaper 1.4 TFSI ought to be all the car required. Its claimed fuel economy gives little to the diesel and, being petrol powered, its engine is far more pleasant to work with, revving keenly and cleanly to its limit. Its switches to two cylinders (and back again) are also imperceptible.

It proves that four-wheel drive and a slick two-pedal transmission aren't vital traits of the Q3's character, too. It can be specced with S tronic, but the standard six-speed manual is sweet. And there's little to separate its front-drive setup from the 4WD of more powerful Q3s; both have grip aplenty and you'll have to really be goading either before traction starts to diminish.

What about that new equipment?

All Q3s get LED rear lights, 17-inch alloys, dual-zone climate control and sports seats, as well as Audi's Drive Select system, used to toggle between a handful of different modes (including Eco, Comfort and Dynamic) for the steering weight and throttle response. S line trim adds 18-inch alloys, LED headlights and electric operation for the hatchback, while S line Plus adds another inch to the alloys' diameter alongside satnav.

Does it all work well?

The interior of the Q3 feels solidly built and remains a feel-good place to be. Some of the design feels a touch outdated compared to newer generation Audis, something too complex for a facelift to fix. Operating the multimedia system via controls mounted on the dashboard rather than the transmission tunnel no longer feels particularly intuitive or ergonomically pleasing, for instance.

But that's hardly a deal breaker, and Audi's MMI software is still several notches ahead of some rivals. Stubbornly esoteric Lexus, in particular.

So cheapest is sweetest?

Less than a fifth of UK-bound Q3s are expected to use the entry-level 1.4 engine, but we reckon it deserves a fairer crack of the whip than that. Speccing it so also keeps the Q3 from the firing line of the notably more expensive Range Rover Evoque, which remains sharper both dynamically and aesthetically.