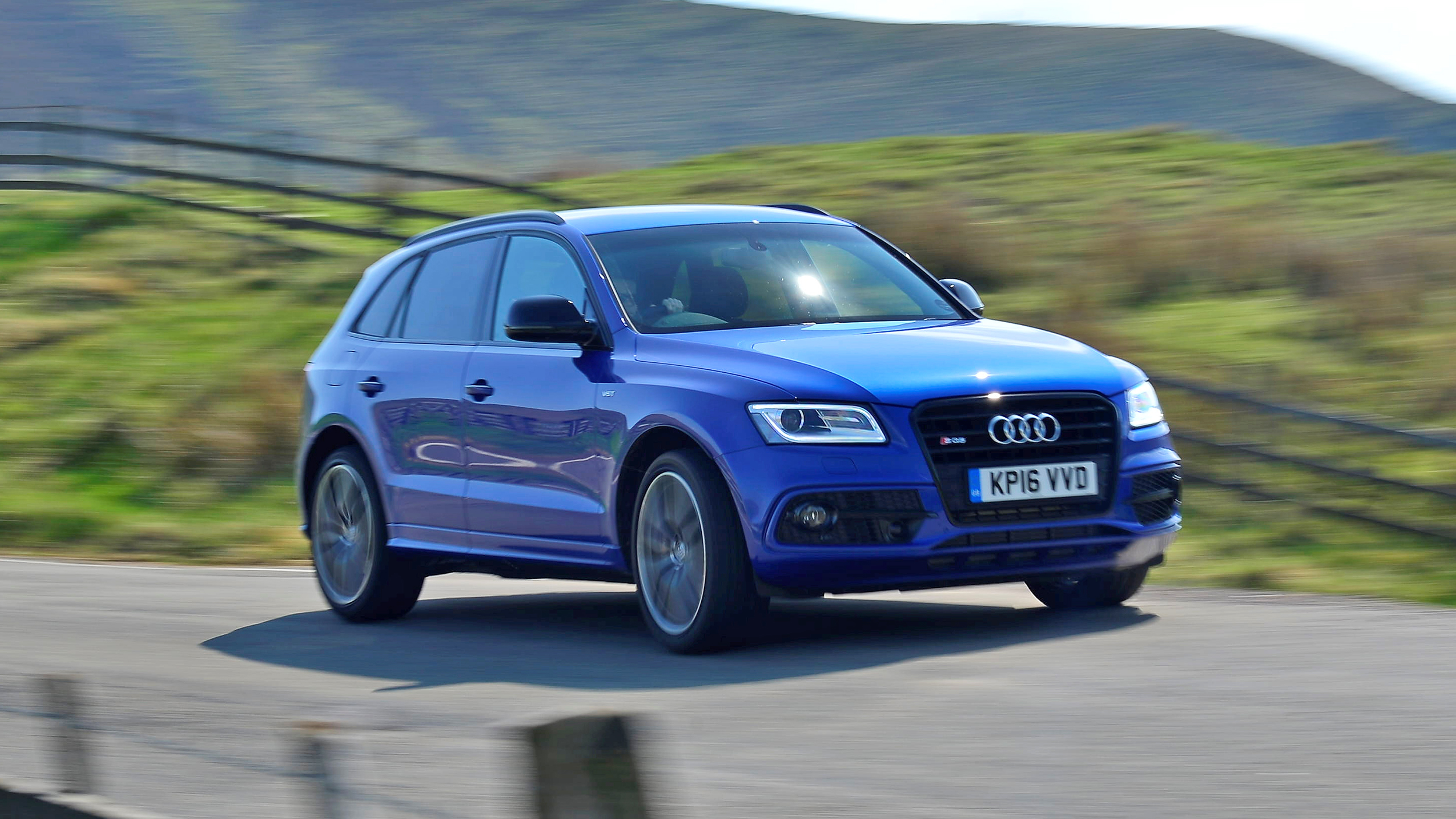 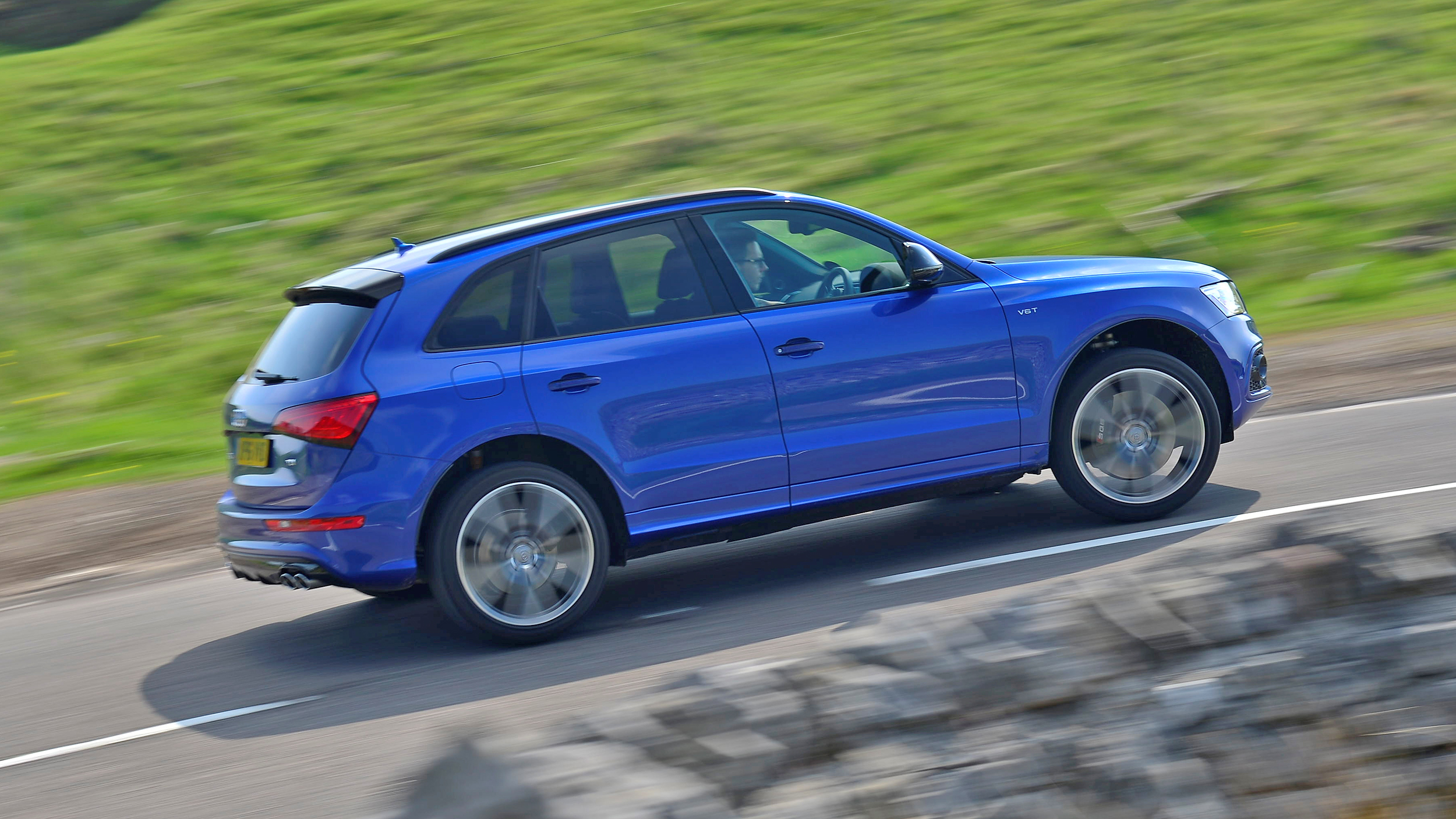 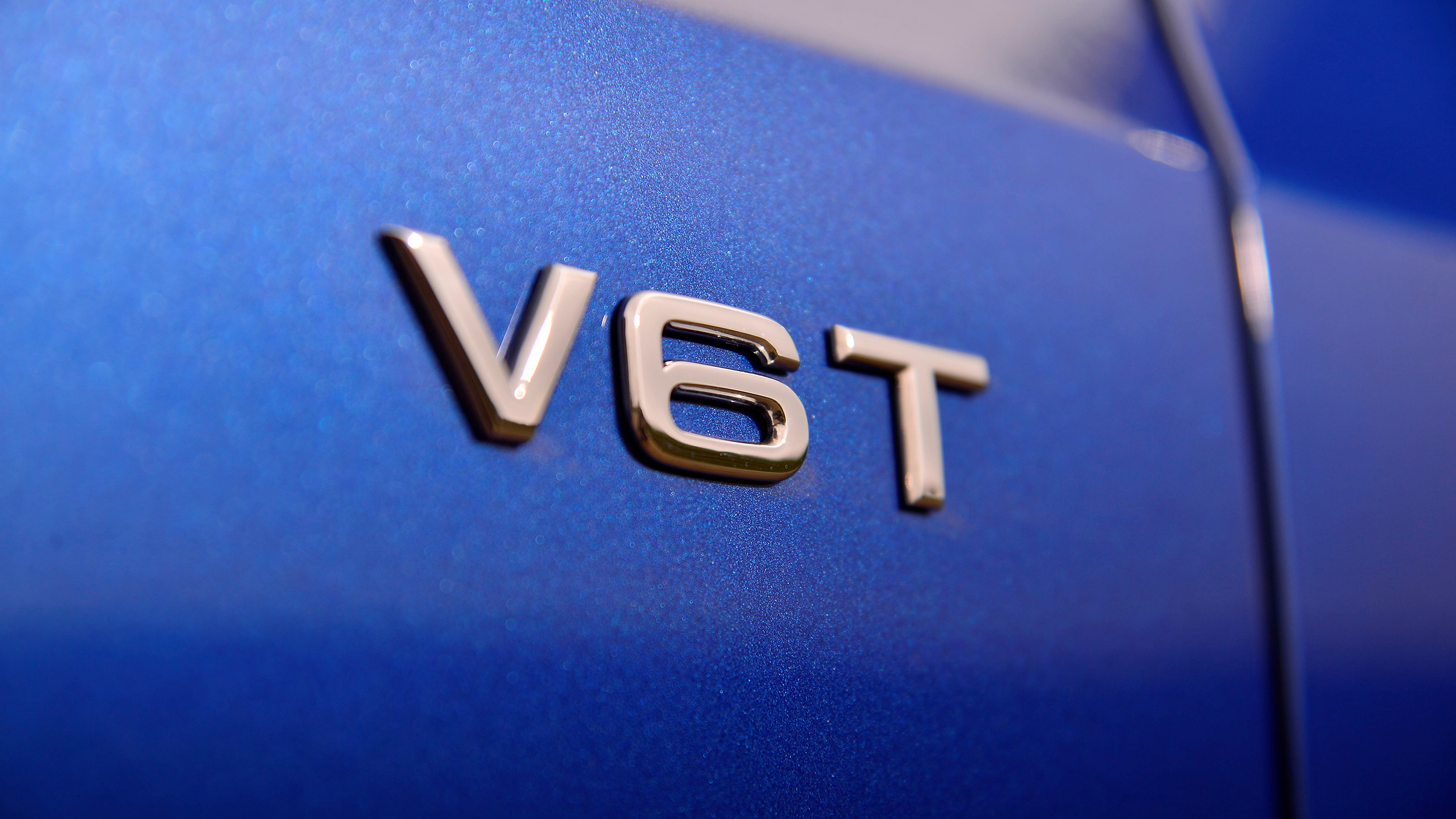 SQ5 Plus? I had enough of algebra at school, thanks.

It’s not so much an equation as simple addition, this new Audi SQ5 Plus. Audi has squeezed an extra 27bhp and 37lb ft out of the SQ5’s 3.0-litre bi-turbo diesel V6, and shoehorned a new sports differential into the rear axle.

Naff glossy black bits are daubed on the door handles, boot spoiler and smart 21-inch wheels, in lieu of an actual Plus badge, while the price climbs by £6,370, to £51,845. It’s as simple as that. Power, paint, price.

Probably not as fast as you might imagine, on paper. Despite the vital stats rising to an almost absurd 335bhp and 516lb ft, not a single tenth has been knocked off the 0-62mph time.

Get caught in a delightfully middle-class traffic light grand prix between Waitrose and pony club and you’ll not pull out so much as an inch on a boggo SQ5. Both claim 0-62mph in 5.1 seconds. Both are limited to a 155mph top speed.

I’m struggling to see the point…

Ignore the spreadsheet figures: this is a seriously accelerative car. You’d imagine it’d be neck-and-neck with a Porsche Macan S, wouldn’t you? Forget it. The equivalent Macan only develops 254bhp, and the SQ5 Plus will walk away from it on a straight road.

It also revs tremendously, without that horrid sense of inertia and tightness you find in so many diesels. What we’re getting at is that this is an engine you’ll actually enjoy using, rather than just ignoring while the torque goes about its business.

So, you can actually flip-flap the (cheap, plasticky) paddles and tack along at storming pace. It even sounds throaty, though don’t bother with Dynamic mode’s computerized sound fakery. This is a diesel that sings just fine without autotune.

Right, so the powertrain’s an unexpected peach. How’s the handling?

In isolation, nothing special. For a 4x4 crossover however, it’s extremely well-sorted. Despite a 30mm suspension drop versus a regular SQ5, the Plus still feels tall – very much an SUV from the driver’s seat rather than the sports saloon smoke’n’mirrors act that Porsche aims to pull. And yet aim the Plus at some corners, and it responds with an alacrity and appetite that beggars belief for a crossover.

It stays level, grips tenaciously, and isn’t at all flustered by nasty mid-corner bumps, which can sometimes bother tall-riding cars. It just deals with stuff, deploys Quattro drive, and fairly boots you up the road. Disconcertingly light steering aside, it’s genuinely talented. I’m as surprised as you are.

And how’s about that trick sports differential?

Turn in, lazily mash the throttle…and the car actually neutralises mid-corner and fires itself out like a sort of demented high-rise VW Golf R. Not a drift hero, but offering that glorious sensation of a powertrain shuffling its power about beneath your backside, working each tyre to the optimum effect and carving a tight, precise line.

Apply a leaden-enough right foot and the Plus really does hitch up its designer walking boots and play. A bit. We’re not going to pretend it’s as fun as devouring bends in a sports saloon, but there’s definite amusement factor in bullying physics in a mumsy crossover. Especially one with four exhaust pipes.

Still, hardly the reason most people buy a tall fast Audi, is it?

Absolutely not, and the reasons they do – fine cabin, ace tech – aren’t on finest form here. The Q5’s an old car now, having been on sale since 2008, and its interior is older still, being largely based on the last-gen Audi A4.

So, the materials and simplicity aren’t a patch on the likes of the current TT or Q7, and while it’s got all the kit you could ever reasonably need, it feels a bit creaky and fiddly these days. Yup, even Audi’s peerless cabins grow old, one day.

The nub of the question the SQ5 Plus poses is that, for all its chassis smarts and impressive powertrain, it’s obviously still a compromise. An SUV is just about the worst starting point from which to create a performance car. And yet, Audi’s done an extremely fine job anyway. Between this and the bonkers new SQ7, Audi’s quietly started ruling the fast SUV game.