£53,700 when new
Read why you can trust our independent reviews 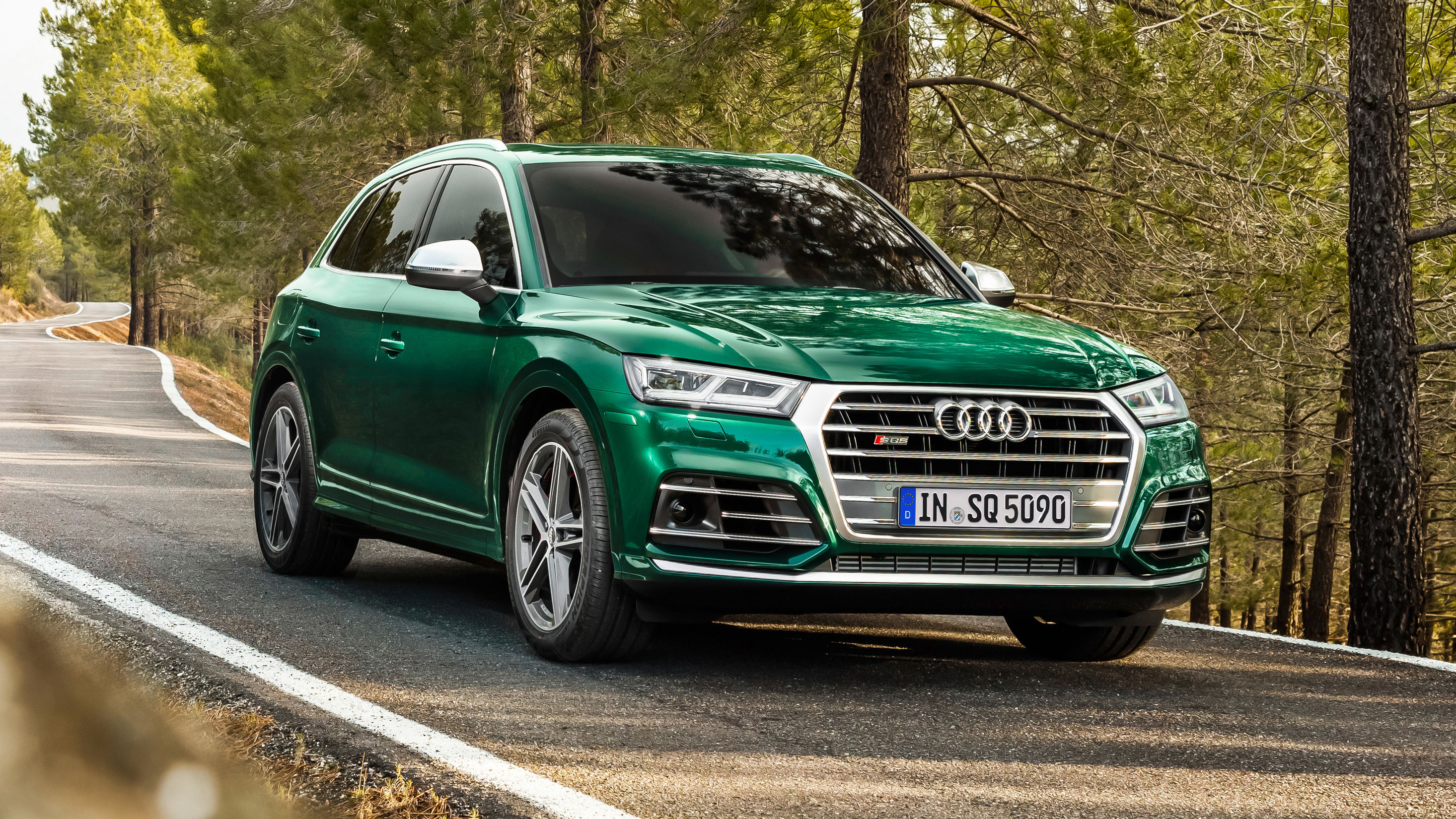 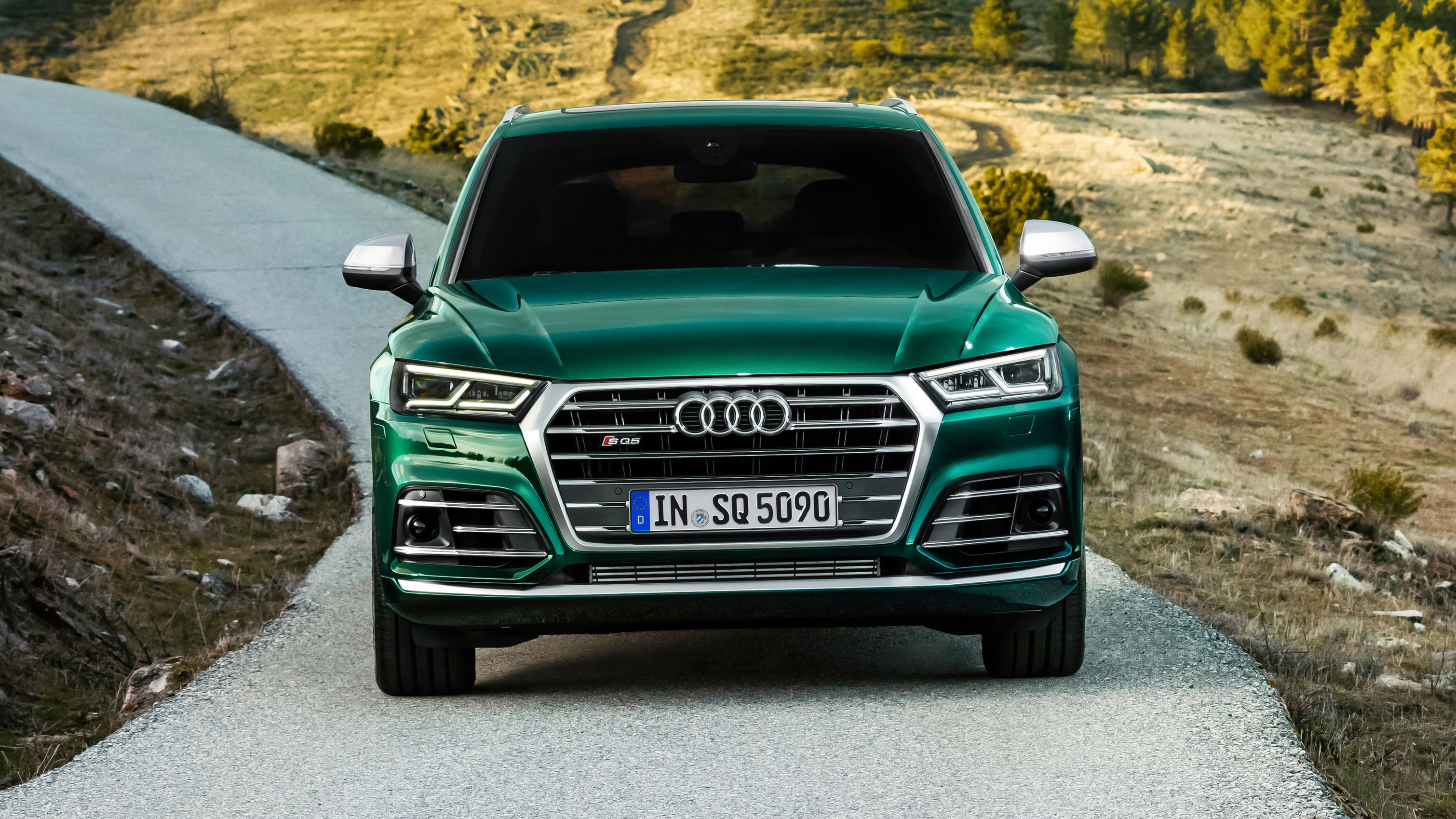 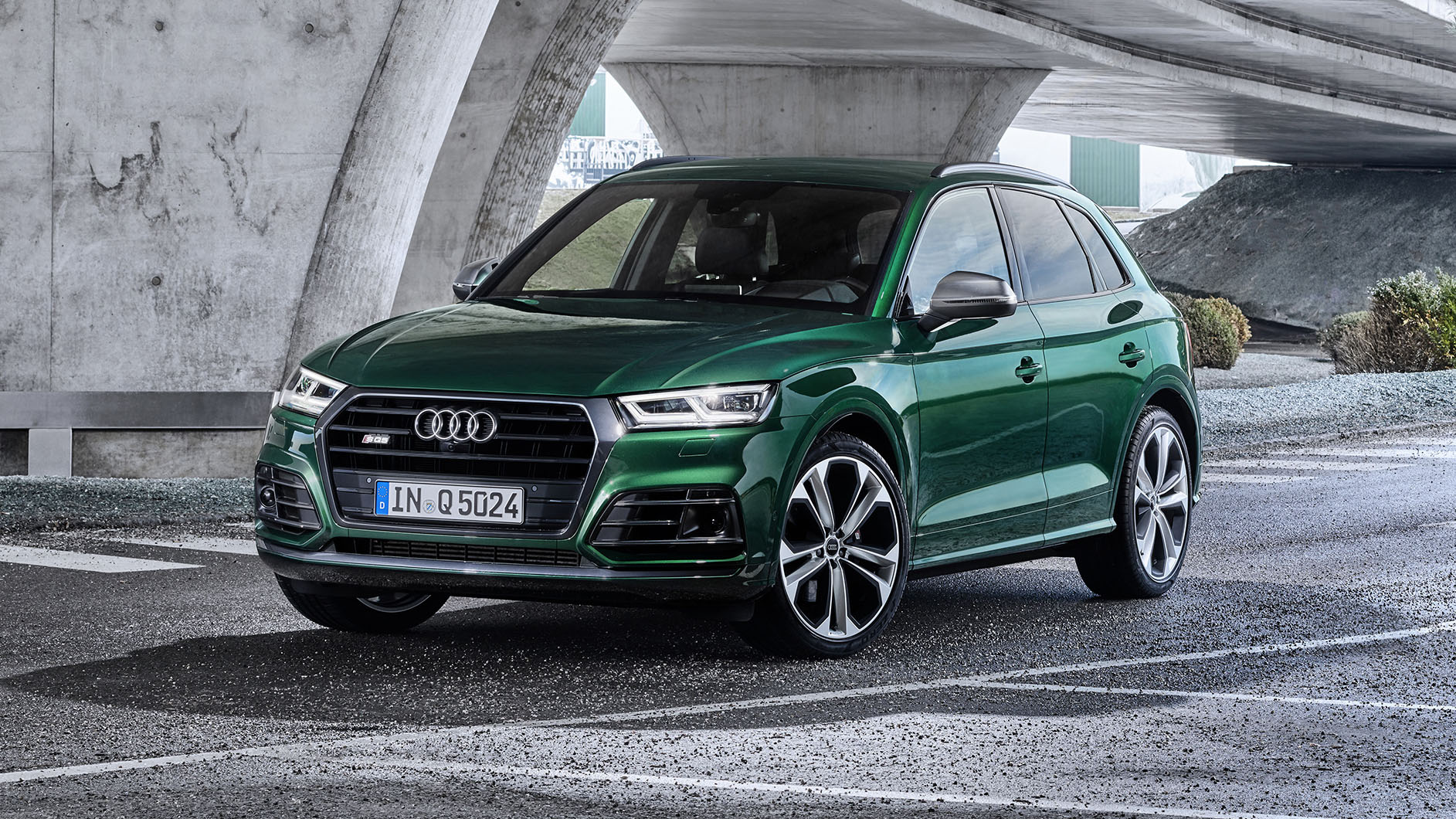 Easy enough to break down though. Audi has introduced a new series of ’S’ models - the ones that sit below the full-house RS über-fast things - and they’re all diesel. That means there’s a new S6 Saloon and Avant, S7 and SQ5, and they’re all powered by the same techy 3.0-diesel with just under 350bhp and 500+ lb ft of torque.

Given that diesel has become unfashionable after the ‘Dieselgate’ scandal, it’s an interesting move. So put simply, this SQ5 TDI is the Q5 equipped with the new fast diesel - it kills the previous petrol SQ5’s 3.0-litre TFSI in the UK market and replaces the old BiTDI. So it’s a small-ish, rapid diesel SUV. With a massive gob.

So how does it compare new to old?

For the SQ5, it’s all pretty much good news: power is down a touch to 345bhp versus the old petrol car’s 351bhp, but torque (the important bit in a car like this) jumps to 516lb ft from 367lb ft. The top speed is the same limited 155mph, but the 0-62mph sprint drops from 5.4secs to 5.1secs, emissions are down and mpg up. It looks chunky, but it’s definitely on the ‘progressive’ end of the updating scale, especially as Audi’s own ’S-Line’ upgrades ape the faster cars’ styling to the point where it’s really very hard to pick out the quick ones at a glance.

Still, it’s a handsome enough little SUV, with all the room you could reasonably expect - it’s a very handy size both in terms of interior volume and exterior dimensions, with 550 litres of boot space seats up, 1,550 litres seats down. Not too big to thread through traffic without causing stress fractures of your frowning forehead, not too small to be useful for family duties.

What’s the new engine all about then?

Essentially, Audi reckons that diesel isn’t dead yet and that the demonisation of derv will wane. Given that it has invested heavily in this new powertrain, it obviously believes that to be true - and the company reckons that, done correctly, diesel can offer the kind of performance people really want. And that means a clean (both in terms of CO2 and NOx etc), efficient (in terms of mpg) and powerful diesel engine.

The 3.0-litre TDI has some tricks up its sleeve to achieve all three. There’s a 48-volt electrical system nicked from Audi’s bigger cars that in turn allows the use of an electrically-powered compressor (the EPC - essentially an electric turbo) that spins itself when there’s too little exhaust gas to activate up the single, more traditional blower. It sits between the intercooler close to the engine, and if the turbo isn’t on boost but you floor the accelerator, the EPC whizzes into action and delivers around 1.4 bar of boost without the need for recirculated exhaust gas. Once the normal turbo gets up to speed, the EPC shuts down again, and in theory, cuts lag and improves response time.

There’s also a MHEV (mild hybrid electric vehicle) system built into the architecture of the 48v layout, and that constitutes an alternator-starter connected to the crank. When you brake, it can recoup up to 12kW of energy (stored in a lithium-ion battery under the boot floor) which is then distributed to whatever system needs it, cutting load on the engine and increasing mpg. It also enables extra coasting - the engine shuts down whenever it can - and gives a smooth and subtle edge to the stop/start system. It’s a clever engine, neatly aggregating some of the more progressive tech from Audi’s bigger models.

Can you feel all that going on when you drive it?

Nope. In fact, apart from the coasting, this just feels like a really very healthy big diesel. Lag is reduced but not banished depending on which Drive Select mode you’re in, and there’s a sound actuator making the most of the grumbly diesel noises. It might be a bit fake-slash-enhanced, but it’s pleasant. It’s also a proper thumper when you get the opportunity. Put simply, the eight-speed ‘box works very well with this engine - and it’s markedly improved over versions we’ve sampled previously.

The engine makes prodigious torque in a relatively narrow powerband, and the auto keeps it sitting in the right spaces to make the most of it. This is a car that relies on torque rather than power to impress, and it does. In fact, it’s really rather satisfying - you don’t rev this car to get the best from it, but kind of row it along in the thick bit of the torque curve. There’s not a lot to be gained for heading for the redline - the motor loses a bit of interest above 3,500rpm anyway - but if you stick to an aggressive short-shift strategy, it really does move. And it moves best in all the places you really need: short overtakes in the 40-70mph range, 50-70 on the motorway, running up and out onto a slip road. Real-world torque rather than rarely used power. It feels quick and brawny and satisfying.

It also handles way better than a small SUV has a right to. Even though we tested the SQ5 on very smooth German roads (we need to test on a UK backroad to really get an idea of ride quality), there’s a composure to the way the SQ5 goes about its business that impresses. Torque is split 40:60 front-to-back between the axles in normal driving, switching to a maximum of 70 per cent to the front or 85 per cent to the rear depending on requirements. There’s an ABS-based torque control to each wheel across the axles - it brakes a wheel that’s slipping and directs torque to the one with grip - and there’s a sport differential option that sends more torque to the outside rear wheel when you go quickly, increasing agility and making the SQ5 feel like it really hates understeer.

Yep. The SQ5 is definitely on the upper end of the scale when it comes to small-ish fast diesels. A Merc GLC43 weighs in at under £50k, a BMW X3 M40d £1,500 cheaper, basic. But the SQ5 is well-equipped, well made and useful. On top of the ’S-Line’ Q5, you get 20-inch alloys, Audi Beam, virtual cockpit, Nappa leather, a flat-bottomed wheel, special massage seats, LED lights and the funky scrolling indicators, the bodykit and a standard ‘Technology’ pack. The ‘Vorsprung’ version gets the same engine/‘box and the rest, just a swathe more options as standard - including adaptive air suspension and 21-inch rims. It’s a bit too much to go into full here, but once you’ve totted it all up, it’s not as silly as it sounds.

So what’s the conclusion?

Judging by this, Audi has made the right decision in going for diesel. It’s clean and efficient in this context, and delivers decent efficiency. More broadly, it also suits the idea of a rapid, relatively subtle sub-brand for the RS models, and delivers on a more accessible kind of performance. The SQ5 won’t have you nipping out for a drive just for the hell of it, but you won’t be disappointed when you do. It’s a good size for a myriad of duties, and the extra speed makes it just a little bit fun when the opportunity arises. A solid effort.