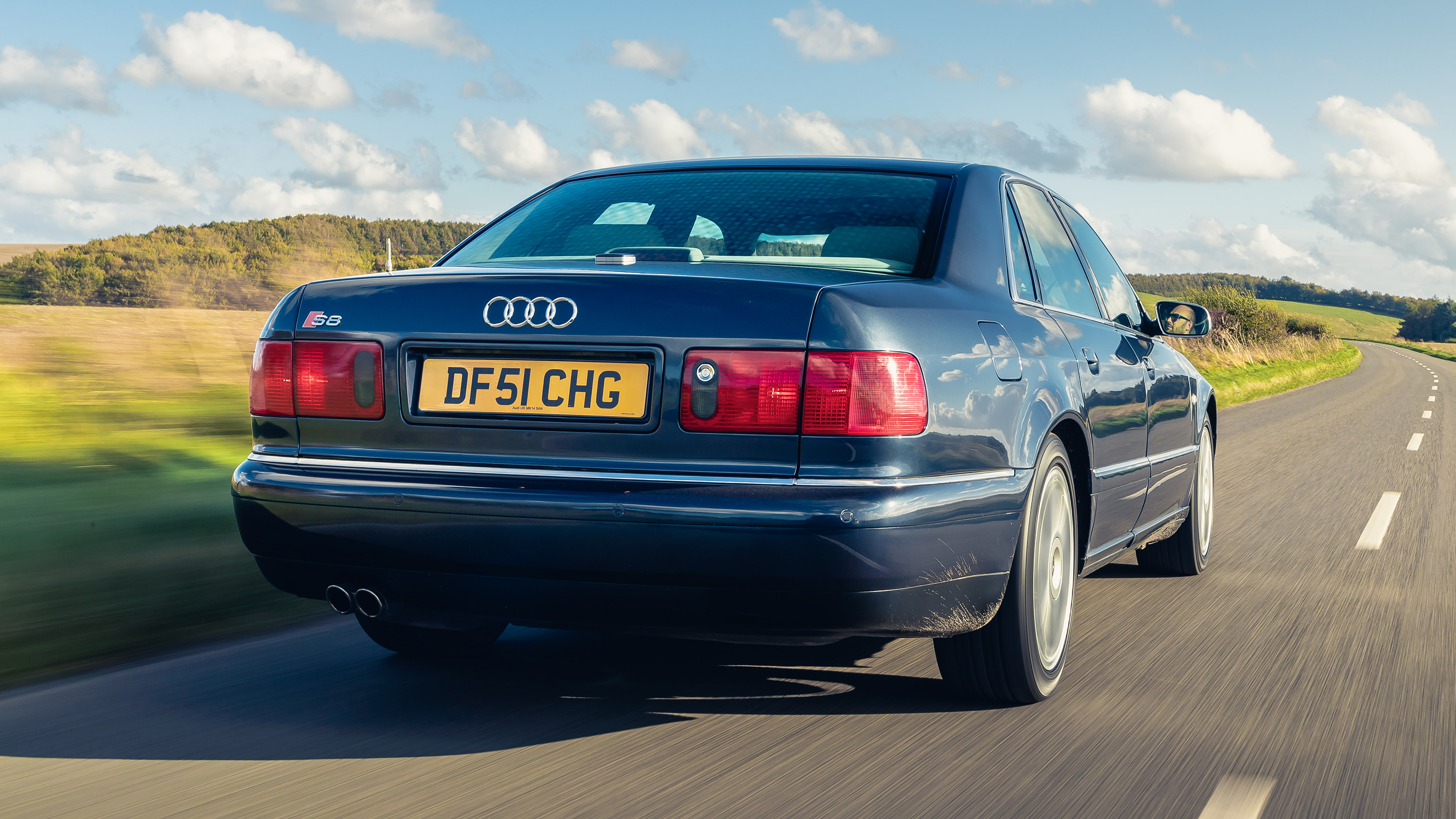 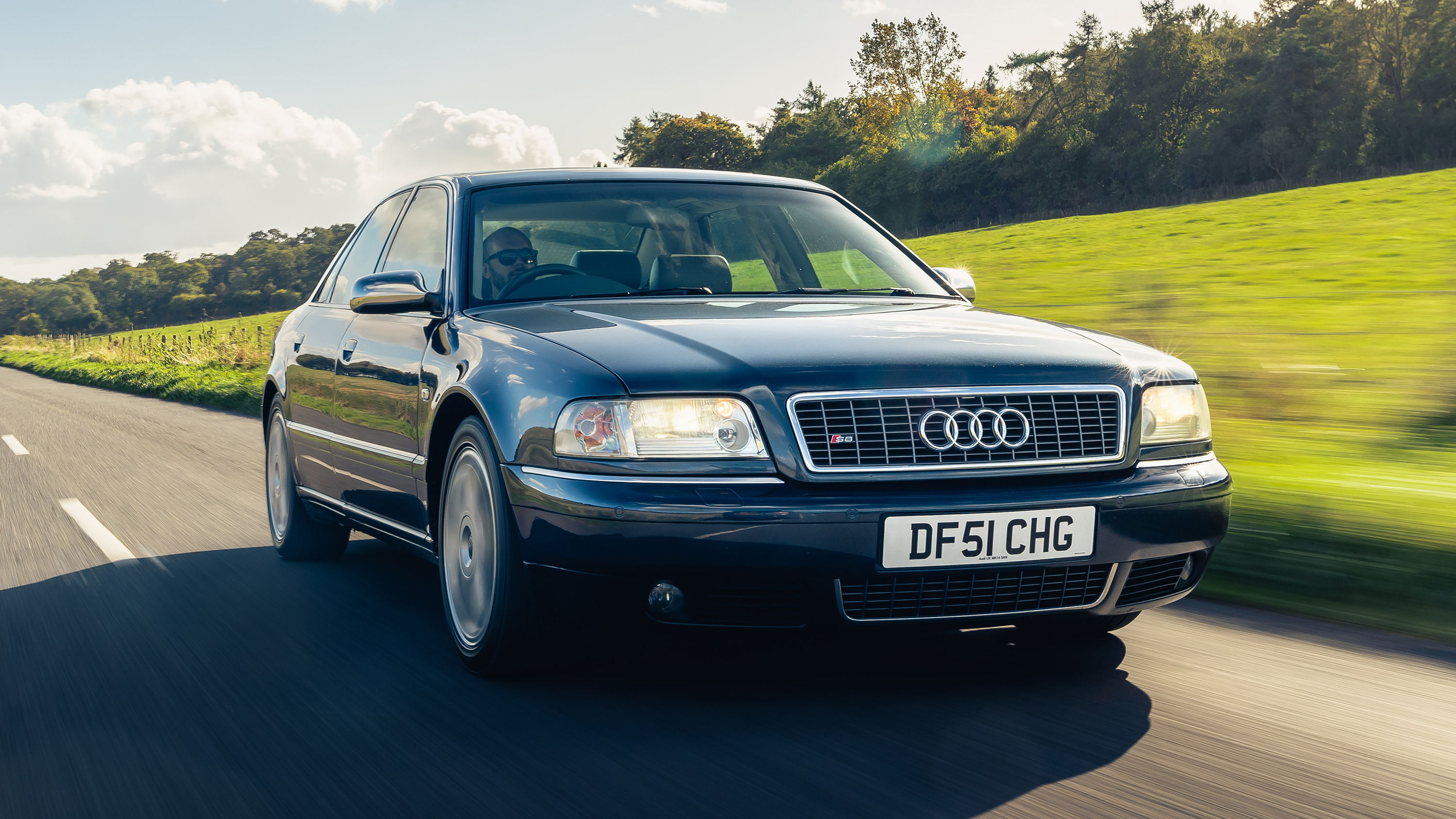 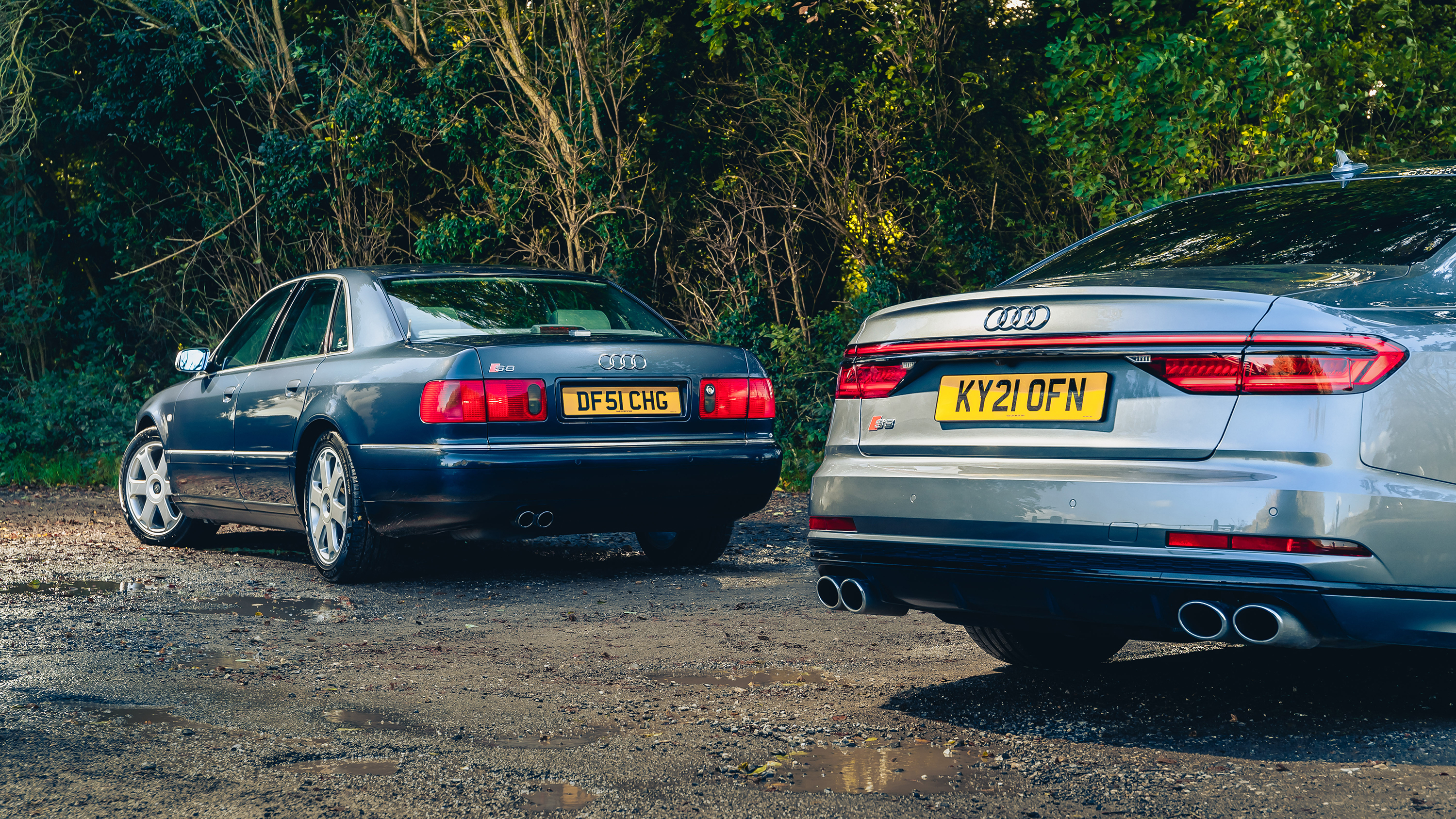 1 / 17
Advertisement
“An icon of the sports saloon world. Still irresistibly suave 25 years after it first launched ”

Wood trim no longer looks cool. Quite hard to find them used, now

You ought to recognise this. It’s a bona fide performance car classic, even if its dynamics aren't scalpel-sharp. It’s the Audi S8, a blueprint for dozens of sports saloons that followed, be they from Ingolstadt or elsewhere.

It’s also something of a film star. While we hate to immediately push the Cliché Panic Button, it’d also be fairly remiss to discuss the original S8 without also referencing its boisterous car chase scenes in Ronin. The S8 is as wedded to its appearance on the silver screen as the Aston Martin DB5 is to its.

TV series are getting so big-budget now that we understand. But yeah, the car. The Audi S8 has been with us for four generations thus far, and the one you see here is codenamed ‘D2’. Perhaps D1 was the prototype. Anyway, all but the D3 (aka second-generation) S8s have seen V8 engines drive all four wheels. The short hiatus saw a V10 related to the Lamborghini Gallardo’s snuck into the most subtle saloon on sale.

But a V8 feels more pertinent, especially when it’s the 4.2-litre naturally aspirated V8 that’s up front in the D2, a capacity familiar from the best RS4 and early Audi R8s. Though it’s a different engine here, producing 364bhp and 317lb ft to haul the S8’s 1,750 kilograms from 0-62mph in 6.6secs on its way to a 155mph top speed. While a modern-day S8 nudges the same electronic limiter in the outside lane of derestricted autobahn, it’ll hit sixty in half the time thanks to its twin-turbocharged torque… and its much better gearbox.

The old one’s not so nifty, then?

It’s more that it’s ‘of its time’. The D2 S8 uses a five-speed automatic which you clunk through P, R, N and D with a pleasingly chunky lever rather than a nifty little leather-lined blob as per current quick Audis (and German stuff in general). More amusing still are its steering wheel ‘paddles’, which resemble the controversial buttons of early Porsche PDK transmissions. Looking like volume selectors on the nine o’clock and three o’clock spokes, they allow you to shift up and down the ‘box with either thumb.

Audi quoted fuel economy of 20mpg for the S8 when new. The current, D5 S8 claims a whisker under 25mpg with the help of some (very) mild hybrid technology. But if you’re buying into V8 barge life, such figures are probably an incidental detail rather than a major plot point.

The D2 was manufactured between 1996 and 2002, arriving two years into the stock A8’s life and topping the range with lower, stiffer suspension as well as its more powerful V8.

“An icon of the sports saloon world. Still cool 25 years after it first launched”

The original Audi S8 is a slice of super saloon cool. Without it redefining four-door performance cars – and cinematic chase scenes – in the late Nineties, it’s fair to surmise AMG S-Classes and XJRs wouldn’t have upped their game so much in the years that followed. The same goes for how bombastic 007's car chases have got...

The fact the S8 remains on sale – following the same recipe with only mildly punchier ingredients – says a lot. Will this badge manage to live on in a world of RS Q8s and e-tron GTs? Only time will tell. Here’s hoping, though.