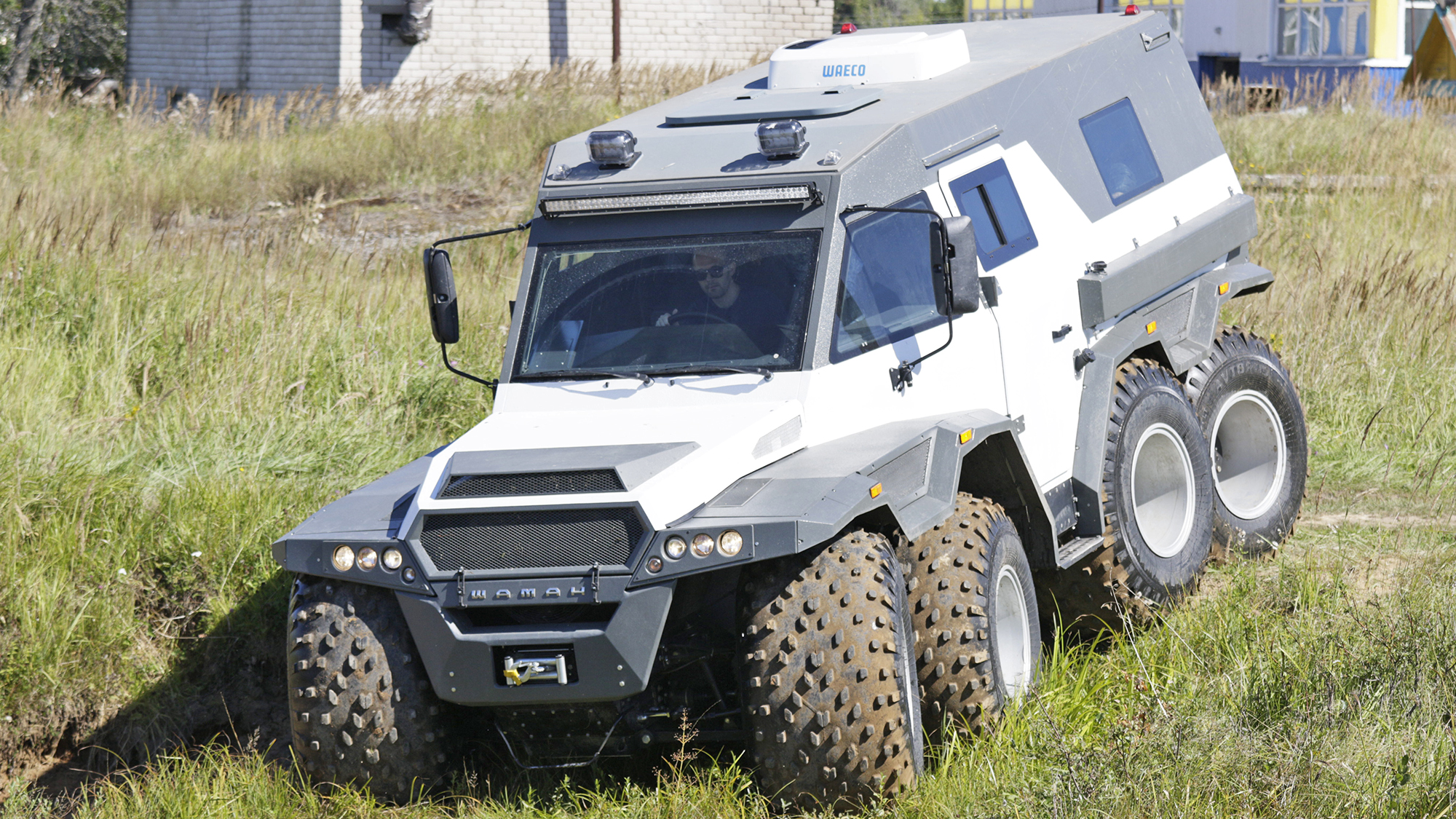 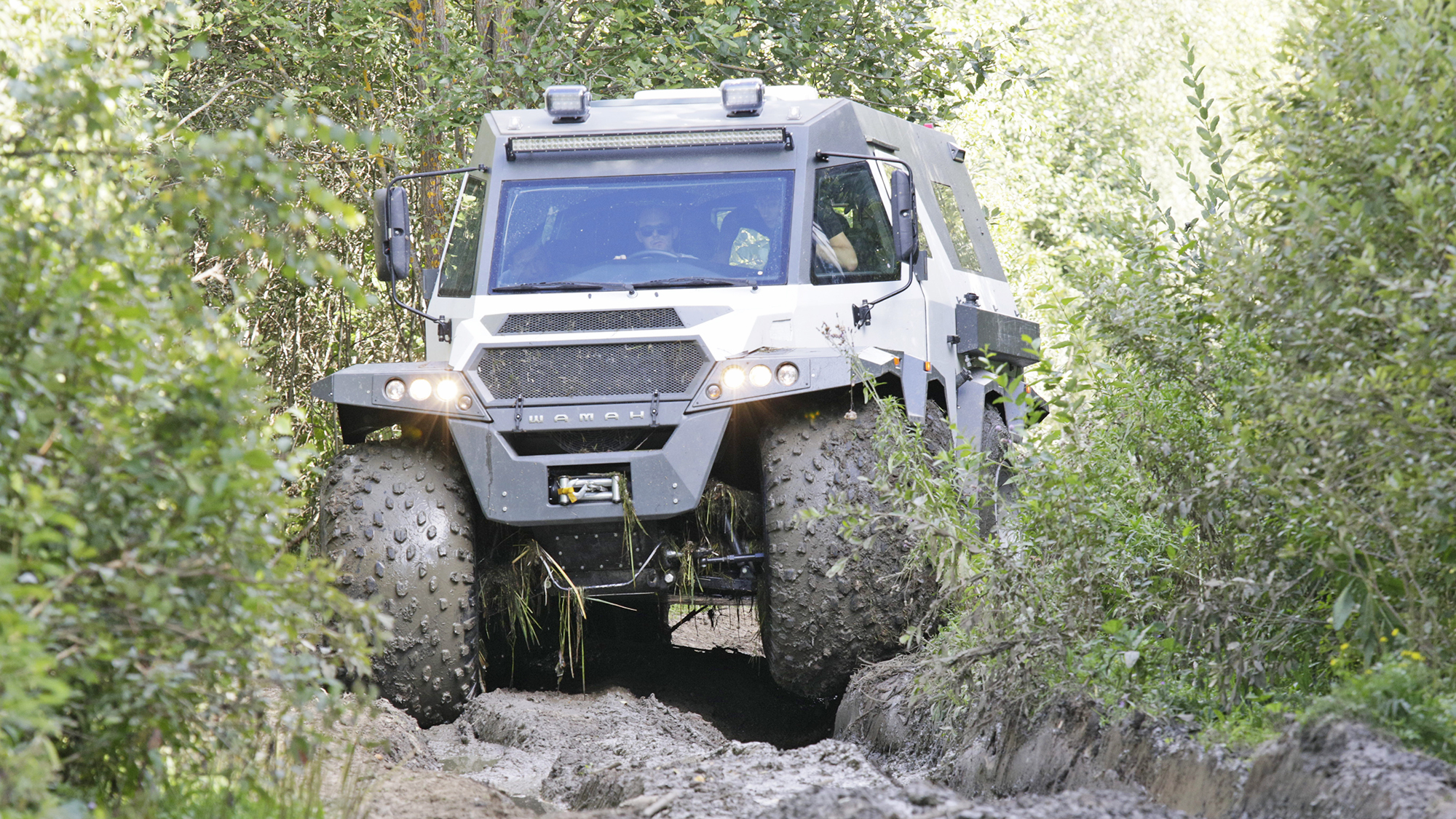 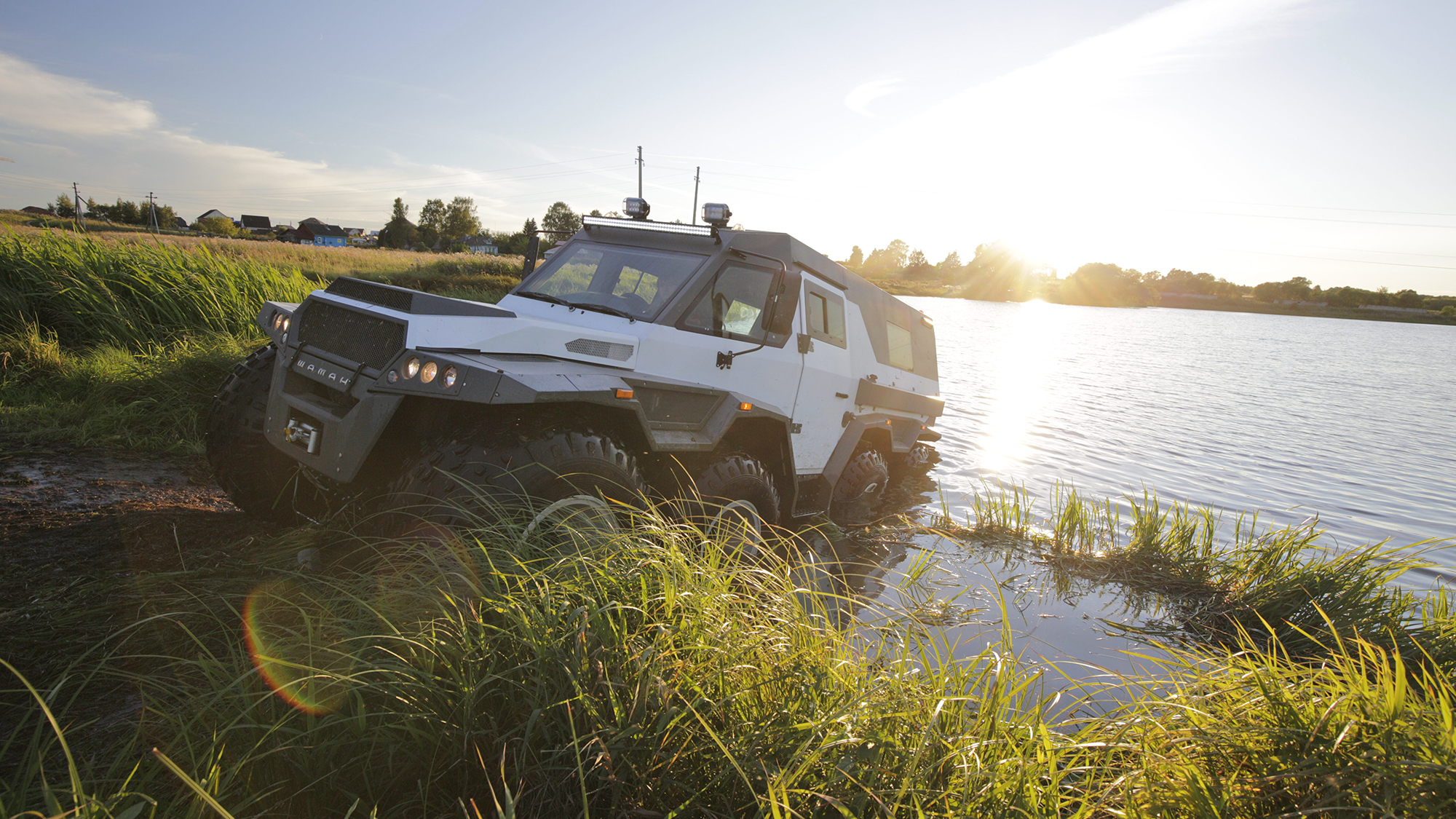 What the heck is that?

This is the Avtoros Shaman. It may look like a Land Rover Defender on steroids, but it’s so much more than that. In fact, it could just be the greatest toy in the world.

Each of its eight wheels drive and steer, giving it the tenacity to belittle any SUV you care to name, and the agility to trivialise its 6.3-metre length and 4.8-tonne kerbweight. And all for the Russian equivalent of around £88,000.

That’s still more than I can afford…

Yeah, but it’s a shedload cheaper than even an AMG G-Wagen in the Shaman’s Russian homeland. Its value proposition is betrayed by some cheap bits of interior trim, but you can’t argue with how much sheer material you’re getting for the money.

It has twice the wheel count of any normal SUV, for starters. The axles can be locked in various combinations, allowing you to scrabble up or down the most challenging of inclines or declines, while the rear four wheels can steer at opposing angles to the fronts, for tight turns, or at the same angle for an incredibly disorientating but hugely impressive crab mode.

This is not the category in which the Shaman will garner you Top Trumps victory: its engine is a 3-litre four-cylinder turbodiesel, borrowed from van maker Iveco and with 176bhp to its name. It’s linked up to a simple six-speed manual gearbox, and its top speed is 50mph.

But none of that really matters, and repmobile-esque power is no barrier to huge amounts of fun. 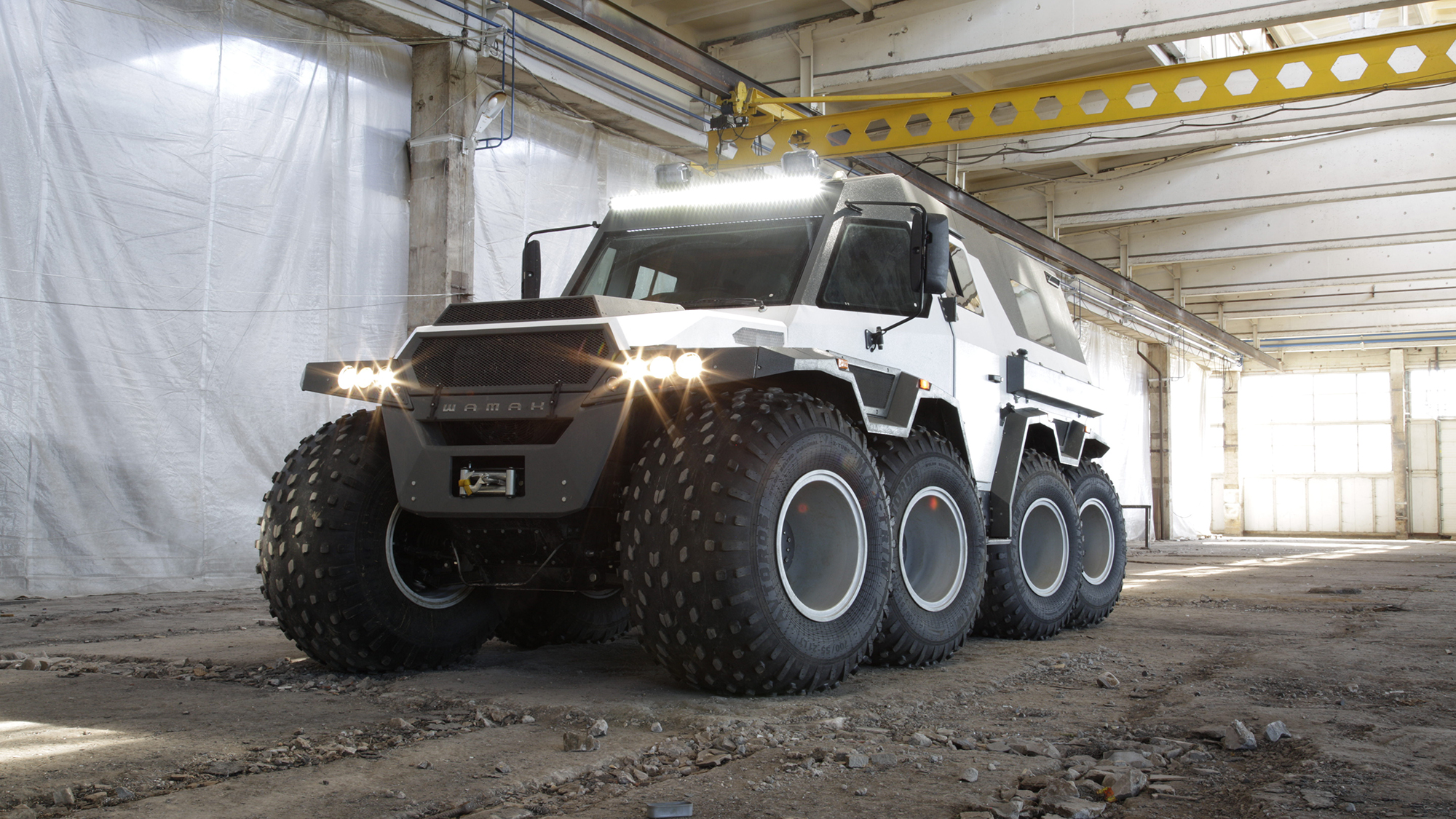 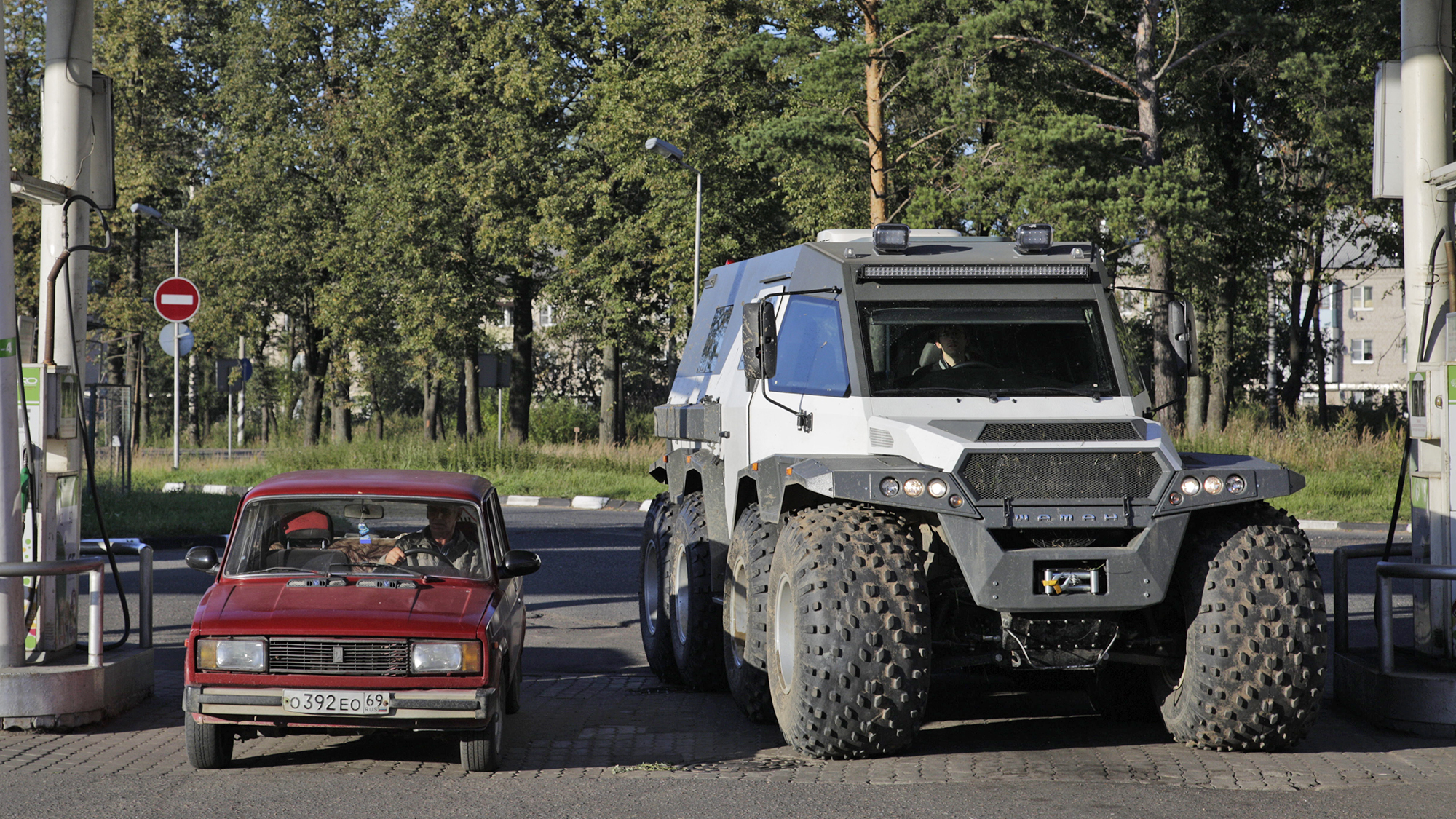 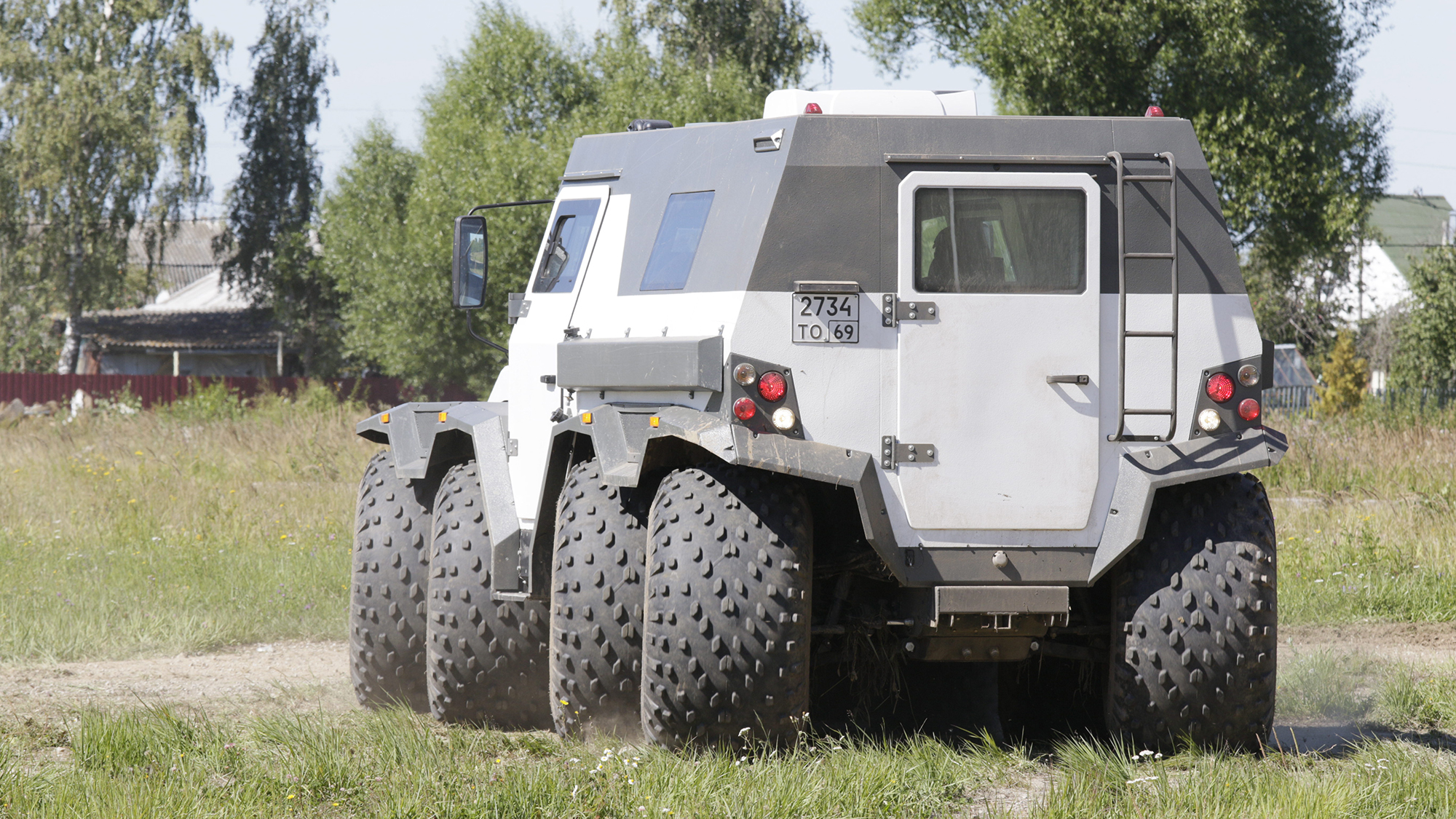 
What sort of fun?

Pick a surface and this thing will find a way of scrabbling over or through it. It’s road legal, so long as you have a heavy vehicle licence, though fun as disrupting the King’s Road would be, you’re better veering away from the tarmac. And actual mountains aside, it feels like there isn’t much the Shaman won’t conquer. Avtoros even claims its low-pressure tyres will leave minimal impact on the environment you cover.

Not that you’ll worry too much from behind the wheel, two metres above the ground. With the eight-wheel steer activated, you can throw the Shaman around like it’s a Caterham crossed with a monster truck, and with a comfortable amount of run-off it’ll even indulge particularly hooligan drivers in an unconventional take on the donut, the twist being that it never actually loses grip.

That’s not its party trick, though: an ability to cross rivers and lakes with the attachment of an optional propeller is what seriously boggles the mind. It’s not quick – 4mph is as fast as you’ll ‘swim’ – but floating in something this size and weight feels like achievement enough.

It’s the first to make production, following around ten years of development. Nigh-on all of it is locally made, sourced or developed – the engine excepted – and 15 have so far sold.

And while we’ve somewhat disparagingly referred to the Shaman as a toy, Avtoros claims all manner of uses for it, with hunters and first aid crews among its target audience. Bet they’ll still have a riot driving it, though…