£185,800 when new
Read why you can trust our independent reviews 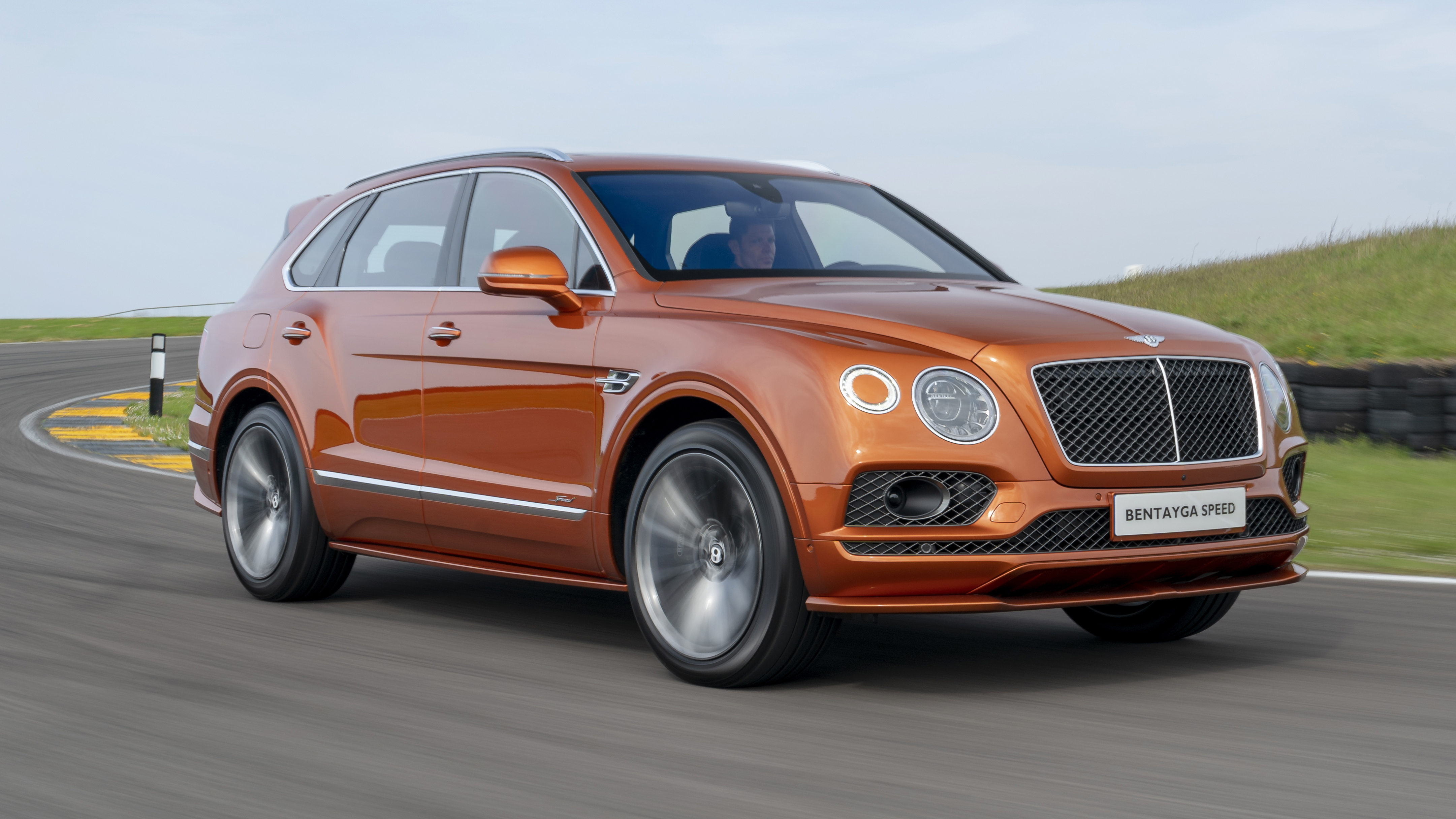 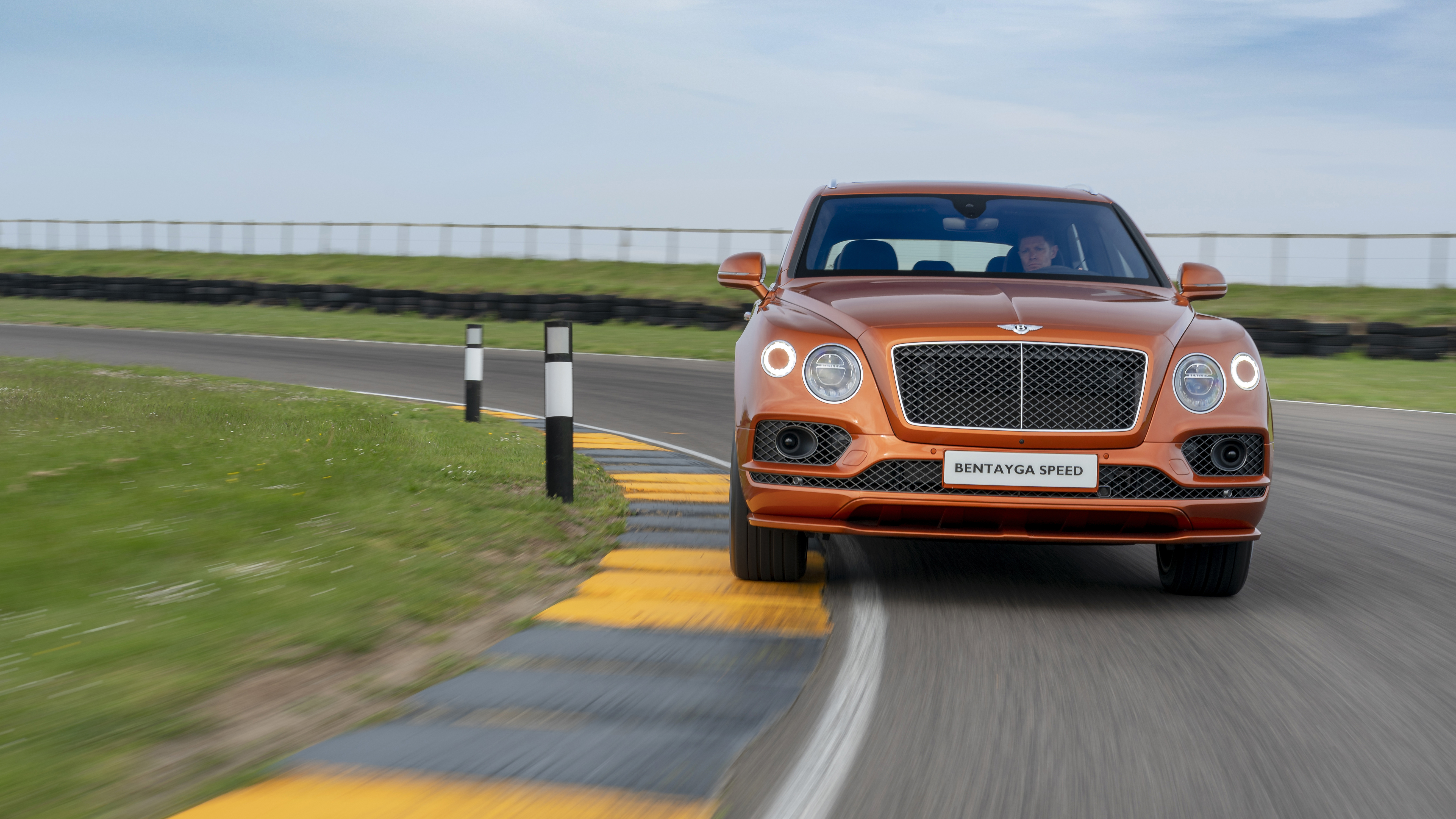 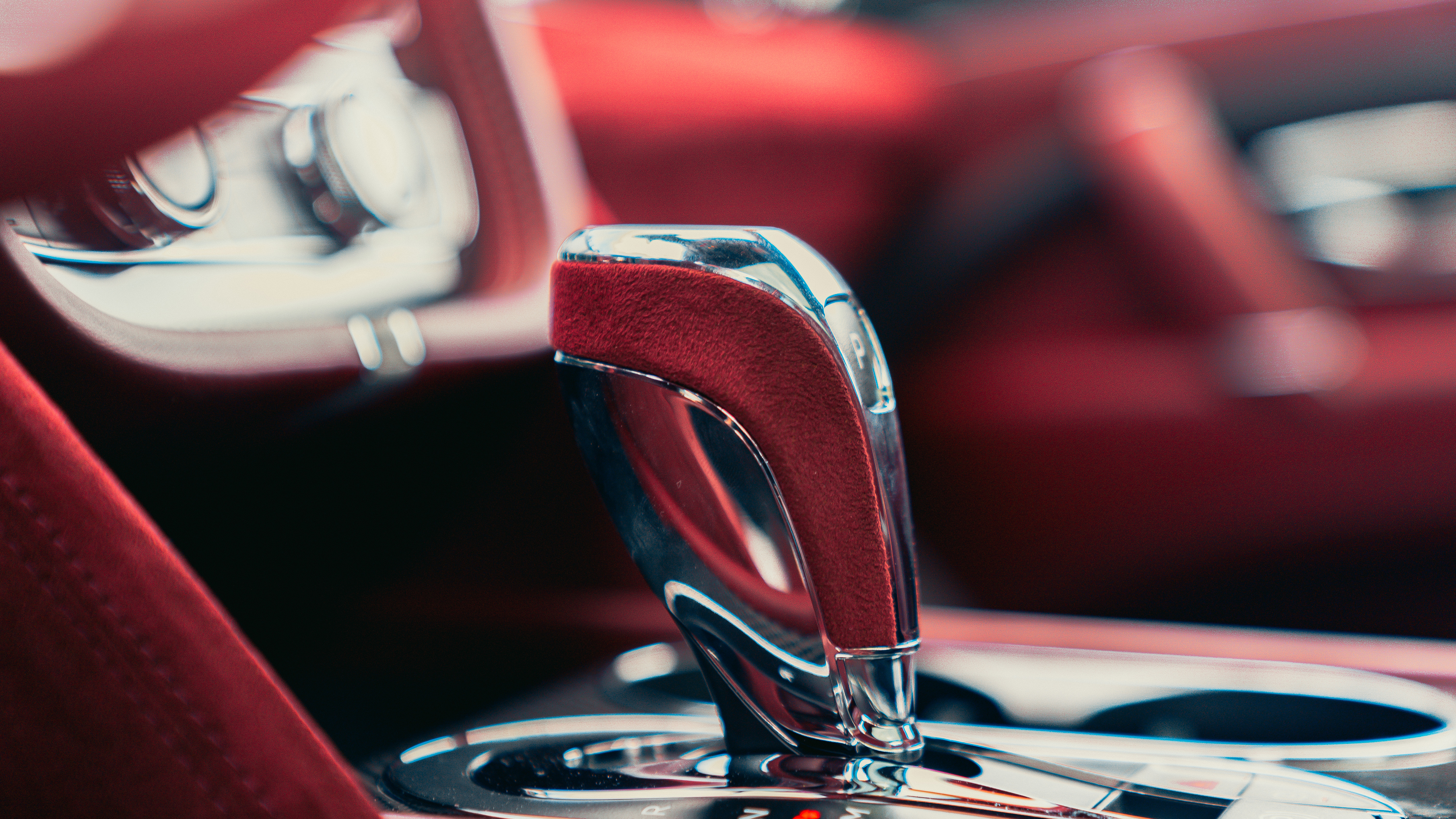 Hit me with some numbers.

Right. In isolation the numbers that this new Bentayga Speed delivers are big. Huge in fact. A 190mph SUV? Only a Lamborghini Urus accelerates faster and it runs out of steam at the same speed. But the trouble for Bentley is they’re not actually that much bigger than the standard Bentayga, which has 608bhp, does 187mph flat out and 4.1secs to 62mph. Torque figures are identical at 664lb ft, although it arrives 150rpm lower in the Speed.

And how much more does the Speed cost to go not-very-much faster?

At £182,200, it’s an uplift of near enough £20,000. Superficially it would appear that Bentley justifies that more with cosmetic upgrades than added speed. Outside you have dark headlights, body colour side skirts, a tailgate spoiler, dark radiator and grilles, unique 22-inch wheels that come in three different finishes and Speed badging. Inside there’s contrast stitching on the quilting, Alcantara for the first time in a Bentayga (leather is a no cost option) and more Speed badging on the treadplate and embroidered on the seatbacks. 22 way massage seats are optional. You can choose to have a carbon fascia. Don’t.

It looks and feels a bit different and for most of Bentley’s clientele that’s probably enough to justify what to them is a fairly modest price uplift, not seen as an additional 18bhp for the price of a brace of Dacia Sanderos.

So is that it, review over?

Absolutely not, because Bentley has also been tinkering with the dynamics, reprogramming the Sport driving mode, plus retuning the electronic differential lock and fitting an Akrapovic exhaust. That last is the single biggest difference between Bentaygas, the engine roar much crisper and more pronounced under load, and delivering the full orchestra barrage when you lift off. It’s perfectly judged, dying away to a rumble when cruising, its soundtrack just edgy enough to make you aware without ever being obnoxious. Very Bentley.

It’s not unique to the Speed, because it’s also an option on the V8 – as are the carbon ceramic brakes that you also have to pay extra for if you want on the Speed. And you do want, and not just because they’re the largest ever fitted to a Bentley (I think we say this about every new Bentley that comes along). They save 5kg per corner, can produce 6,000Nm of stopping power and withstand temperatures of 1,000 degrees Celsius.

And they’re still not really up to the job. One big stop will have them smoking and the heat soak is incredible. And you will be using them because the Speed builds speed with great ease.

But it weighs over two and a half tonnes…

It does, but a twin turbo 12 cylinder engine with 664lb ft of torque makes mincemeat of that. It really is a mighty motor, and you get to experience it properly because Bentley locks the torque converter up at low revs, allowing the engine to drive directly. A massive plinth of power arrives at 2,000rpm and doesn’t let up until it’s added another 4,500rpm to that. There’s a bit of extra vigour added when the turbos go through their key change about halfway through, but basically the W12 hits hard everywhere and with very little lag.

Saving the brakes blushes, the Speed is more than proficient at getting around corners that you’ll have arrived at slightly faster than you were anticipating. Like many of the VW Group’s top end cars, it uses a 48 volt electric system that operates on active anti-roll bars to limit roll. It’s not only effective, but very well integrated, keeping the car level and the contact patches of all four 285/40 ZR22 tyres working hard.

This means the Bentayga Speed is a bit of a physics-defying mind-scrabbler. It’s very fast and effective at getting itself about the place, helped along the way by the sportiest of its four (in order: Custom, Comfort, Bentley, Sport) on-road driving modes.

A bit of recalibration going on?

Actually Sport is the only mode that’s been tweaked – and you can tell. Bentley mode, which I reckon is the one the engineers spent most time on, is usually the default choice, but here Comfort and Bentley modes are carried over from the standard Bentayga, and only Sport has been modified, remapping the steering, throttle and suspension (plus opening the exhaust bypass valves, which it also does in the Bentley setting).

Anyway, the Speed needs the extra support and incisiveness of the Sport setting. The throttle is more responsive and predictable from the moment you pull away and although the steering is heavier and slightly sticky at low speed, for most daily driving Sport gives you confidence and precision without penalising the ride too much. Maybe just back it off to Comfort for speedbumps and motorways.

But is it fun?

There’s always amusement in hustling something so big and heavy, but there is little if any feel through the steering and even the current US president would wince at the fuel economy. If wincing is an expression he can pull. 17mpg cruising, 11mpg if you clog it. A hybrid will be along shortly for David Attenborough.

So let’s call the Speed a guilty pleasure for the thick-skinned. Maybe have it in a subdued shade if you favour a stealthy approach.

It’s still not a handsome motor, but the dark sporting touches (and the arrival of the Rolls Cullinan and BMW X7), have toned down the Bentayga’s impact. Visually at least. In other respects this is the most impactful Bentayga yet.