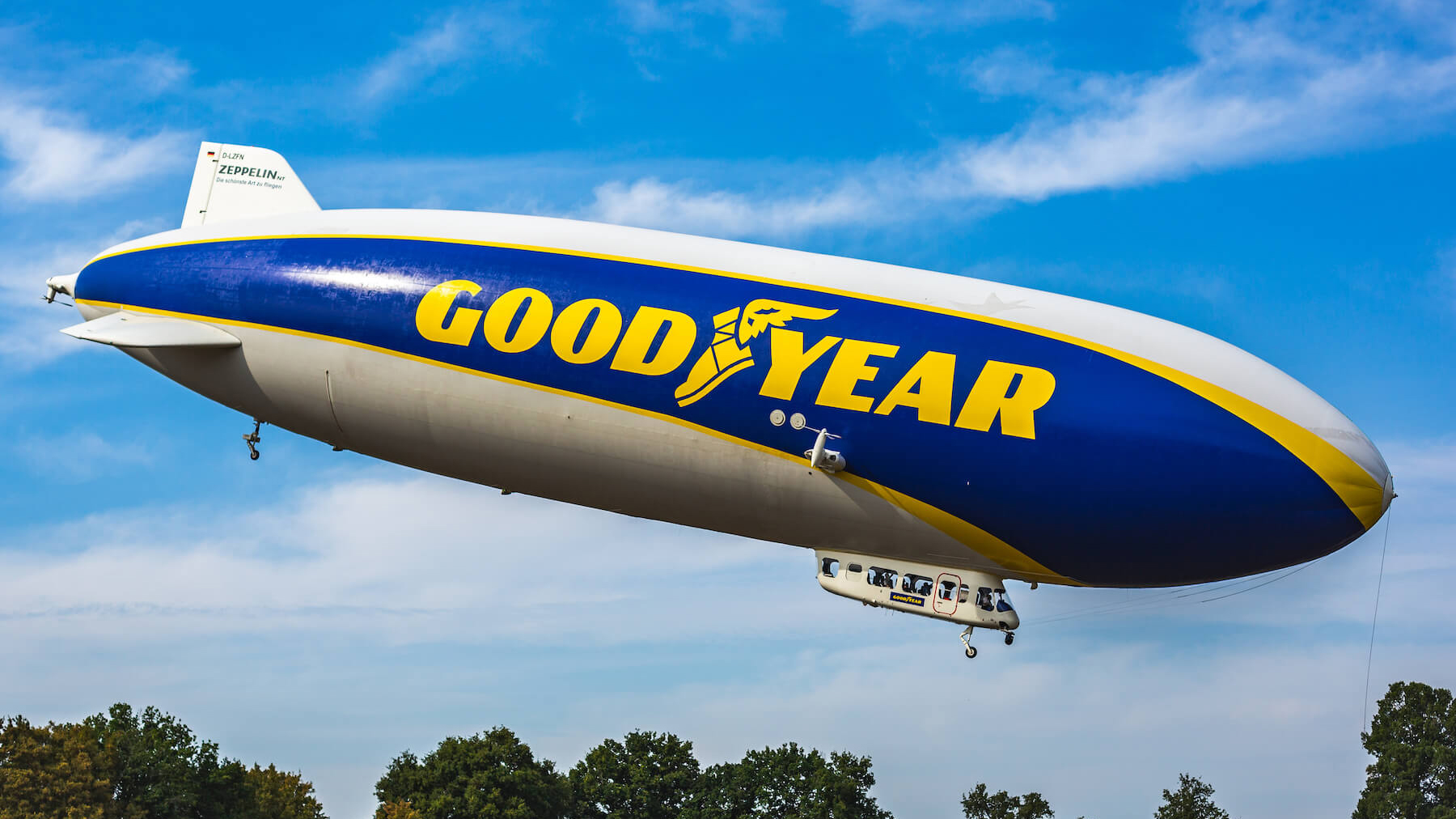 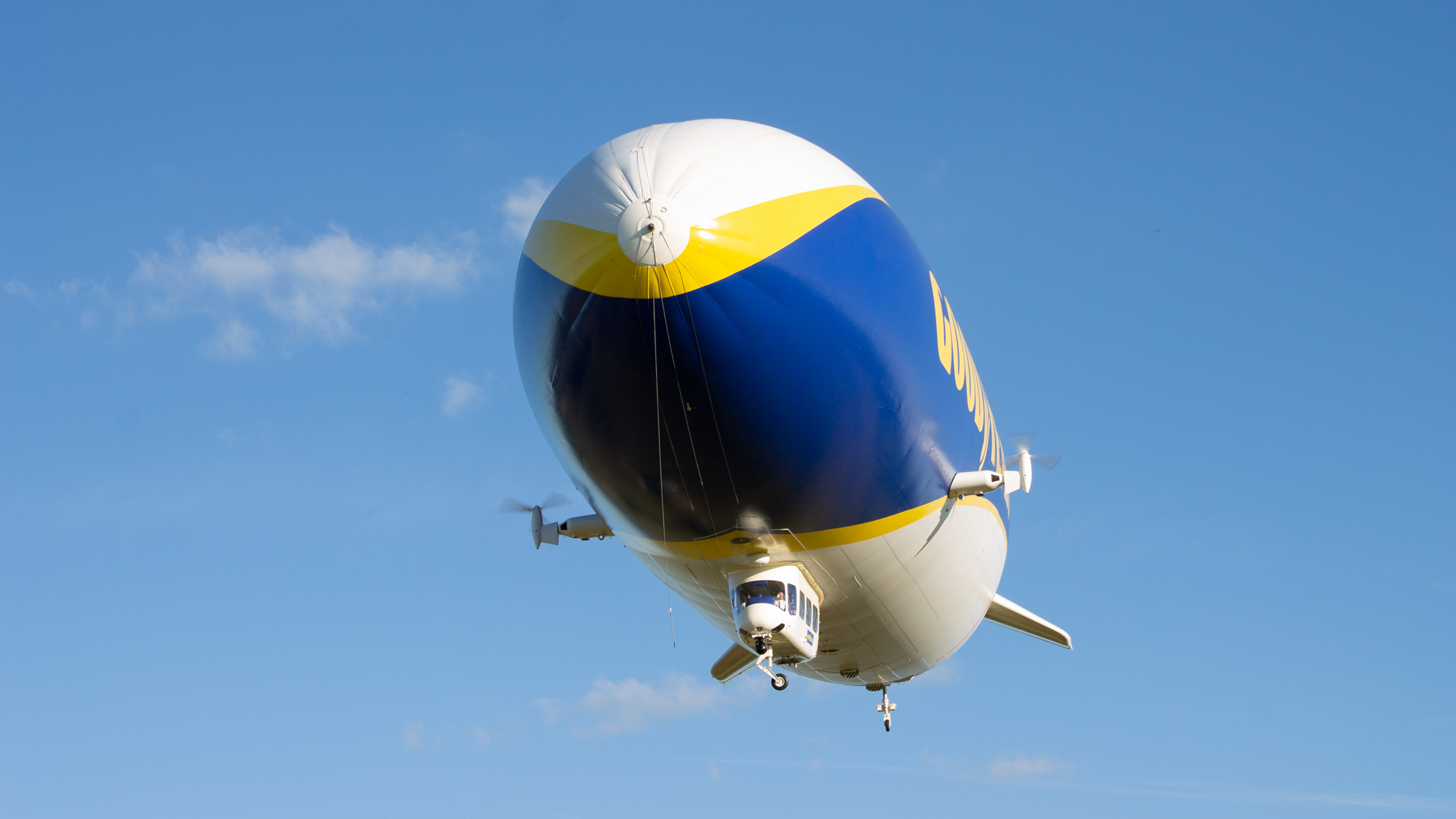 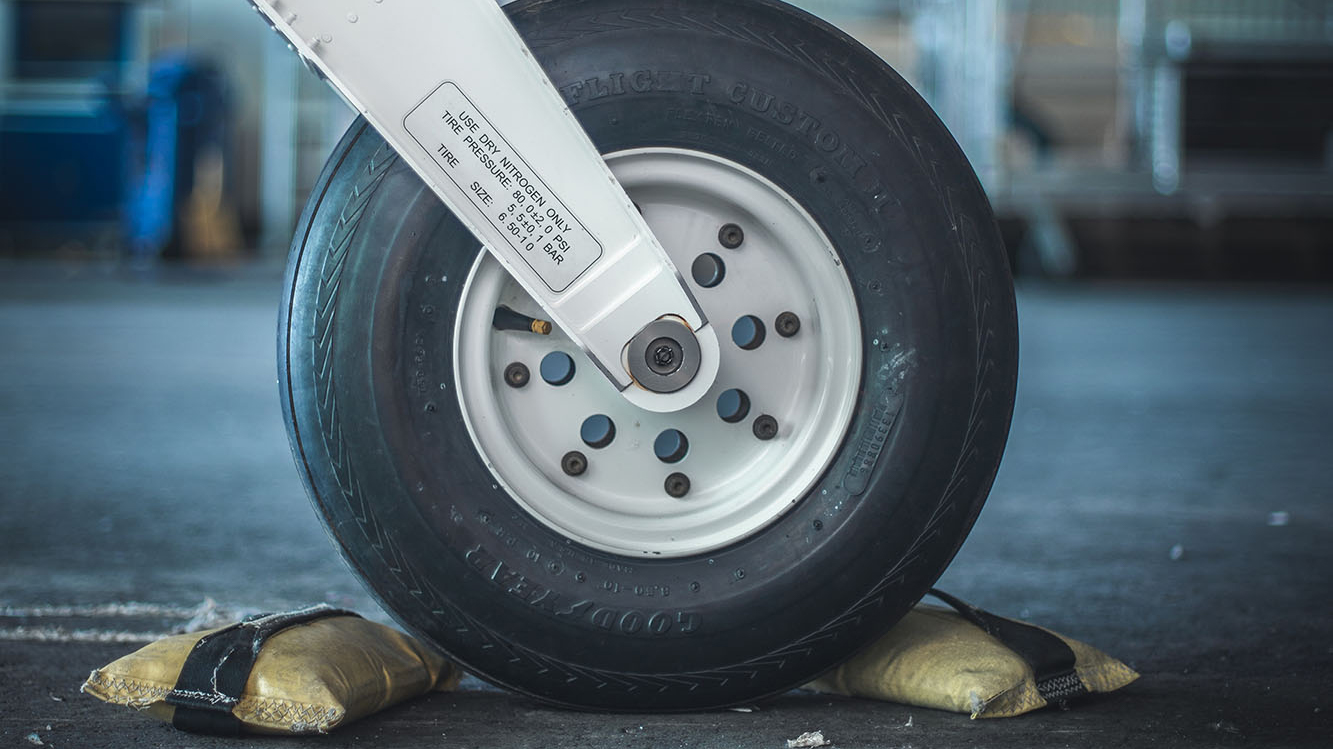 Er, that’s not a car! This is still TopGear.com right?

Do not adjust your sets, folks. This is indeed still TopGear.com and you’re correct, the contraption you see before you has many fewer wheels than the stuff we usually fill our time with.

But when Goodyear asked us if we wanted to ride in a blimp high above the world’s most famous endurance race, we were hardly going to say ‘no’ were we?

Never asked about the intricacies of a blimp before, have you? The Goodyear Blimp is powered by a trio of four-cylinder engines, each churning out 200hp: one on either side, with another at the rear. Each has its own fuel tank, and it’ll take up to 825kg of Avgas, the same stuff you’ll find in any plane with an internal combustion engine.

The side motors can be rotated so you get lift during take-off and forward thrust during flight, while a pair of propellers at the rear can push the blimp up or down, or make it spin on the spot like a helicopter.

This isn’t what keeps the blimp airborne though. At 75m long, 19.5m wide and 17.4m high, the envelope (that’s the technical term for the balloon bit) has a volume of 8,425m cubic metres. Or to borrow a metaphor, more than three Olympic swimming pools. There’s a semi-rigid, internal skeleton made of aluminium and carbon fibre trusses, but it’s mainly pressurised helium in there.

There’s also a big water tank under the cabin (called the gondola) so the pilots can shed ballast when they need to, and an inflatable air bag in either end of the envelope that gives precise control of the pitch by helping to shift the helium around.

That’s more complicated than I was expecting.

Staggering isn’t it? Prior to boarding we’d imagined a suppository-shaped hot-air balloon with some fans strapped to the sides, but no. The Goodyear Blimp is a complex machine and the cockpit is as dense with screens and buttons as you’d expect in any commercial jet.

All of the controls are modern, fly-by wire aviation tools, which is somehow quite reassuring and yet unnerving at the same time. Weird.

In any case, the blimp doesn’t quite reach Boeing or Airbus velocities. The top speed is a dizzying 77mph, and while it can manage almost 10,000ft in altitude, most flights stick to about 1,000ft. Makes it easier to see the mahoosive brand logo from below.

A real novelty, basically: part private jet, part ski lift. Passengers line up two by two on the ground as the blimp comes in to land, with ground crew holding up a portable windsock to give a measure of wind direction. There’s a one-on, one-off policy as you board so the weight doesn’t fluctuate too much while the blimp hovers above ground, and seats inside for 14 passengers. Plus the two pilots, obviously.

There are life vests under all the seats, but the safety briefing takes place beforehand, so no need for the ‘your exits are here and here’ malarkey once you’ve got comfy. No snack trolley either.

It’s seatbelts on while the blimp climbs to its target altitude, but this only takes a matter of moments and after that you’re free to move around the gondola. And because you’re still relatively close to the ground there’s no need for the cabin to be pressurised, so you can enjoy panoramic views through a choice of open windows. The engines are pretty quiet, too. All very serene.

How's the handling? I mean, how's the turbulence?

There isn't any. Never goes fast enough for that. And unlike a normal plane you’re not subjected to any noticeable g-forces either, with a limited amount of pitch and roll the only giveaways when you make a turn.

Superb view. Our flight - the last of the day - took off shortly after 8pm, with the sun low on the horizon and the skies completely clear. By that stage in the evening the blimp wasn’t allowed to cross over Circuit de la Sarthe, but even so we got a great view of the cars winding their way through the sequence of corners beyond the *cough* Dunlop *cough* chicane, and ploughing down the Mulsanne straight.

Let’s not forget either that the circuit is over eight miles long, and getting between all the various vantage points on foot takes rather a long time. So being able to track the cars by eye for more than a handful of seconds at a time is rather unique.

Did you stay up there long?

About 25 minutes all told, although the Goodyear Blimp can stay airborne longer. Quite a lot longer actually: about 22 hours, though it goes without saying that no pilot in the world is allowed to fly anything close to that long without getting some rest. But it’s nice to know the airship will outlast its fleshy cargo. And it probably explains why there’s an on-board toilet.

Oh yes. Nothing extravagant of course, just a small cubicle with a loo and a basin. And a window, so you can continue to enjoy the spectacle even when you’re spending a penny.

Sadly we didn’t get time to use it. Nor did we ask what would happen to the, er, waste material once it had been deposited. But given how carefully the blimp has to manage ballast, we don’t reckon it gets thrown overboard. You’re safe, earth dwellers.

Tell me about landing.

As we mentioned, the pilots are reliant on a small team of ground crew to facilitate landing, with the blimp always making its final approach directly into the wind. Once done for the day, the nose of the blimp is tethered to a crane, and someone is given the unenviable task of sleeping in it overnight. Because how screwed would you be if it somehow came loose?

Very! How much does it cost?

Brace! Brace! No the blimp isn’t going down, you just might not be expecting the size of the price tag. For your very own Goodyear Blimp, you’re looking at a figure in excess of €20 million, about £17.2 million given current exchange rates.

And that’s before you’ve factored in the cost of the crew, maintenance, transport, fuel and a large amount of helium. A small portion of which escapes daily. You’ll also need a large field to keep it in. A helipad ain’t gonna cut it, unfortunately.

Still, if you are endowed with land and cash, blimping is a terrific way to spend an evening. Less so to get around. As TG conclusively proved, many, many years ago.