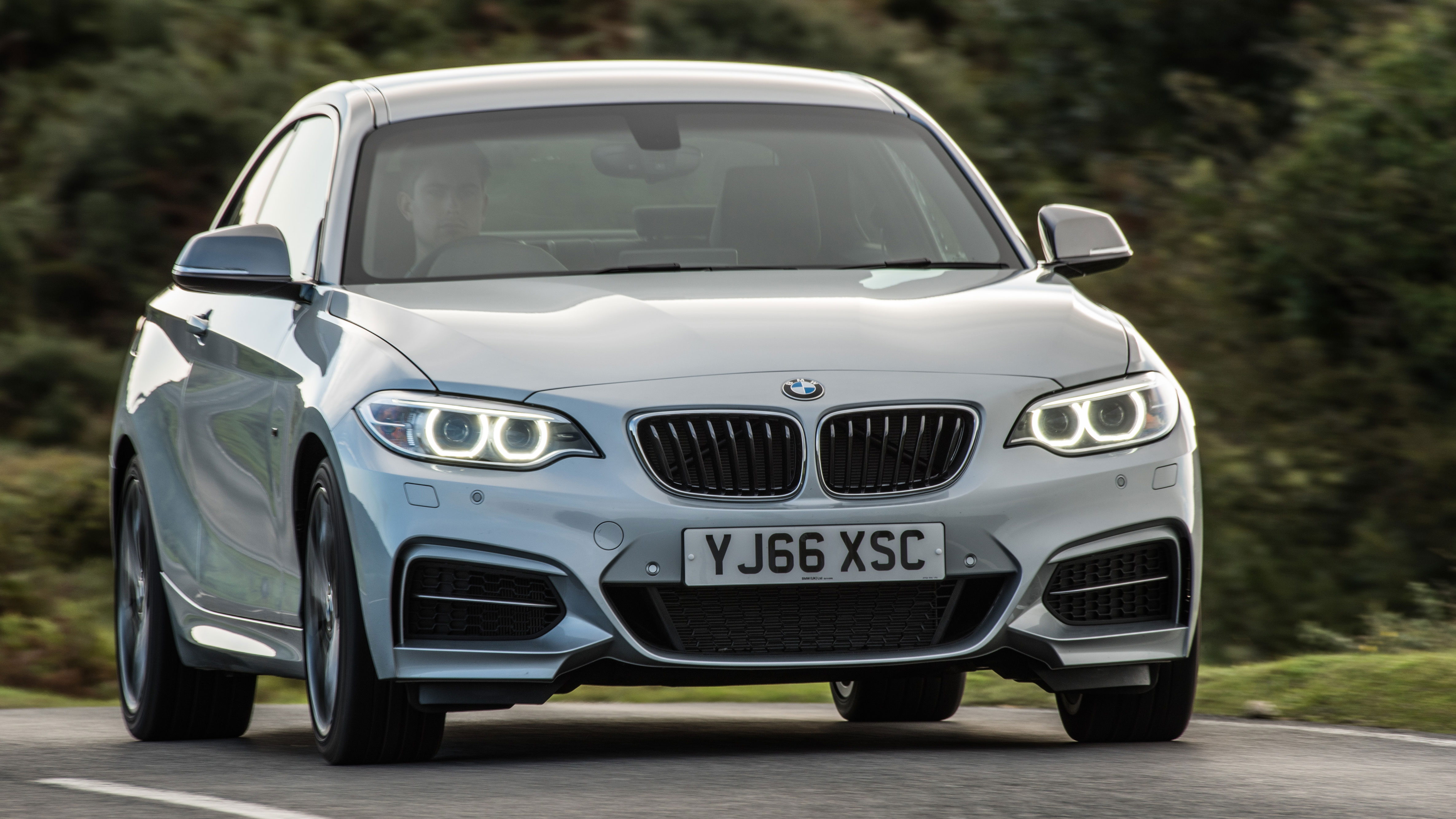 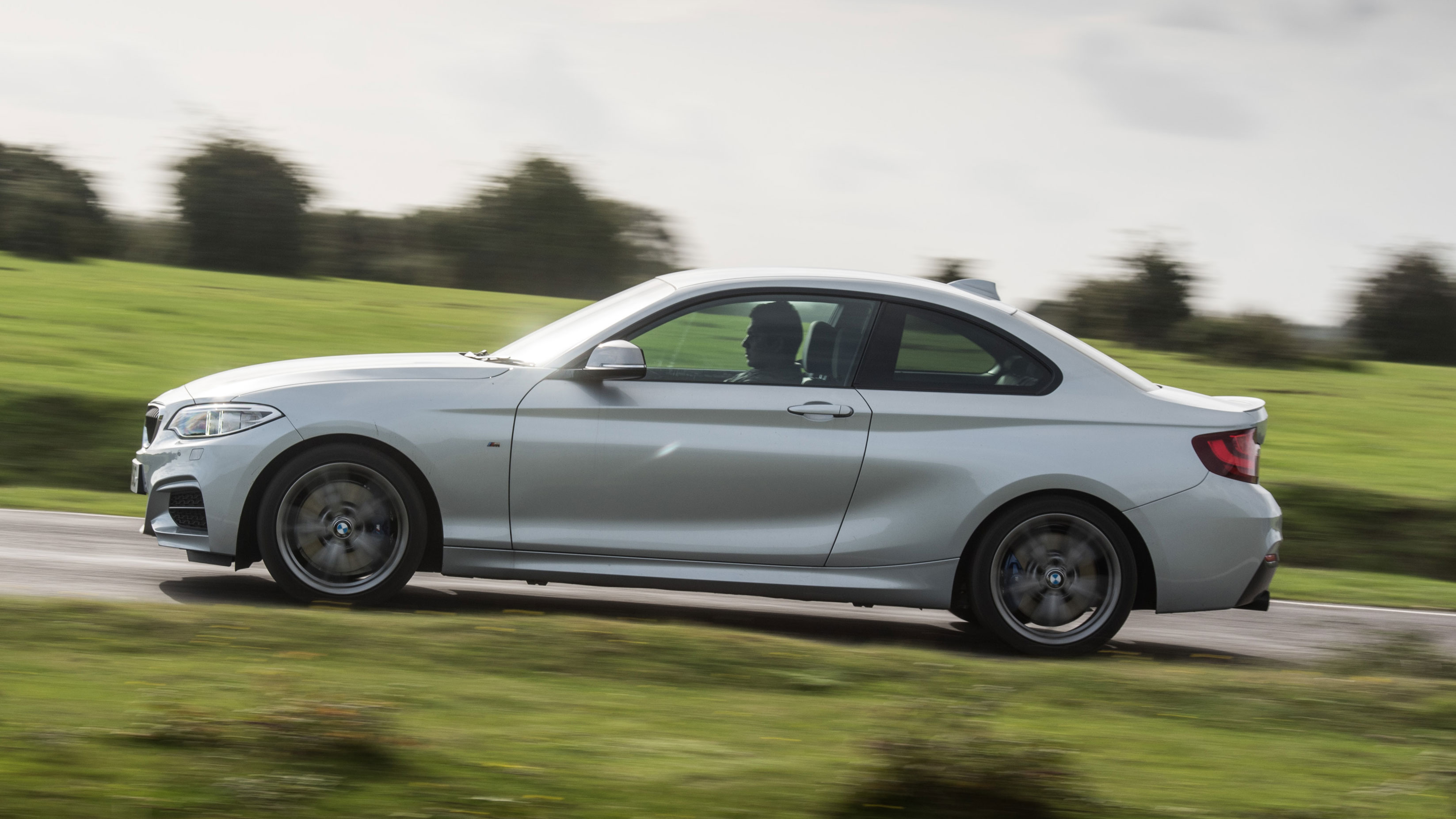 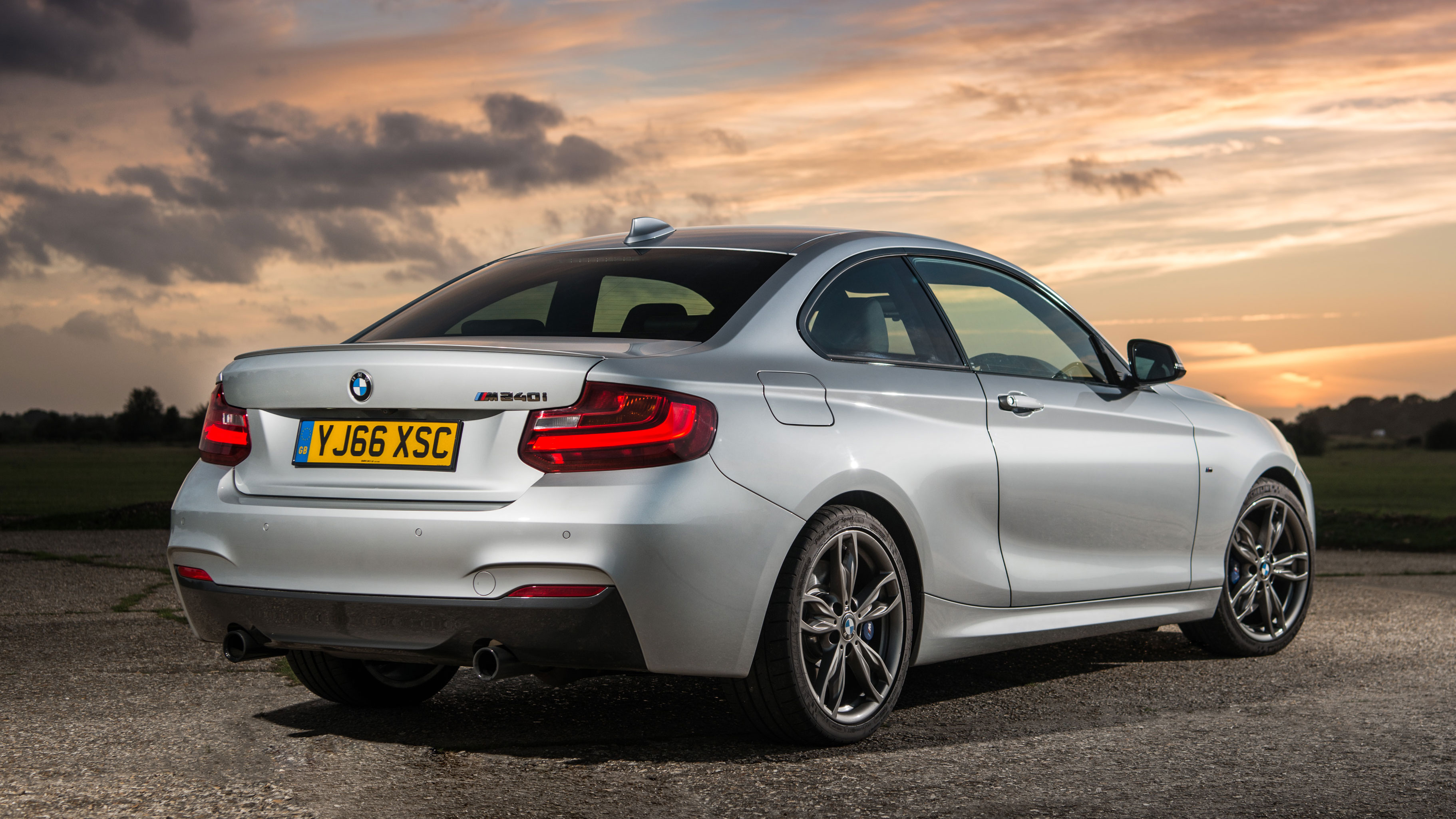 Have I just sleepwalked into a game of The World’s Laziest Car Facelifts?

Another straight-six bites the dust for a downsized four-cylinder?

Nope. Praise be, someone at BMW still sees the joy in stringing out a line of six cylinders under a bonnet. The M240i still uses a 3.0-litre six-cylinder turbo engine, but it’s new: a child of the modular engines that BMW’s rolling out.

Effectively, the engineers simply glue together 500cc cylinders and strap on turbos until they reach the right motor for the job. That’s why little BMWs and Minis have 1.5-litre 3cyls, bigger ones have 2.0-litre 4cyls, and here, we’re in 3.0-litre 6cyl territory.

Why go to the effort?

Makes production a lot easier for BMW, for one thing. And the new engines are a tad more efficient, dropping the M140i and M240i a tax band. But we get some more exciting afterglow than that. The new engine delivers 335bhp (up 14bhp) and 369lb ft of torque. Not only is that a huge 37lb ft leap on the 235i, it means the M240i ties for twisting power with its big, bad, butch brother: the M2.

Indeed. Torque is enough to worry an M2 driver. What will downright terrify the individual who’s spent a further ten grand buying the full-fat M car is that it’s well, fat. Swaggering along on its heavy-duty axles and wider tracks, the M2 is 100kg heavier than the 1470kg M240i. So their power-to-weight ratios are awfully tight: the M240i’s 228bhp per tonne plays the M2’s 232bhp per tonne.

So it’s fast then? Faster than an M2?

It’d keep an M2 honest all the way to speeds not quotable on a family website, that’s for sure. BMW claims the manual will reach 62mph in 4.8 seconds – a drop of around 0.3 seconds. The eight-speed auto’s quicker still and 4.6sec to 62mph. Rapid car, this.

Third gear is wonderful in the M240i. It allows you to trundle through a village at acceptable revs, but upon reaching the national speed sign on the other side, a squeeze on the gas has the engine momentarily pause for breath, then surge ahead, building with gusto all the way to a 7,000rpm redline you’ll not reach, because to do so would require an address change to Cell Block 4, W Scrubs. It’s a wonderfully flexible, elastic powertrain, and sounds less hissy, less resonant, than the old engine, despite the speaker fakery going on.

Aside from the engine, BMW says it left the M240i ‘as is’, though our test car had a manual gearbox which turned out to be the best BMW stick I’ve driven in eons. It’s still very light to throw around, but less notchy, and there’s a satisfying magnetic tug from gate to gate. Up until now I’d have always gone with the superb eight-speed ZF automatic, but if it was my money, I’d save £1,430 and go three pedals now. 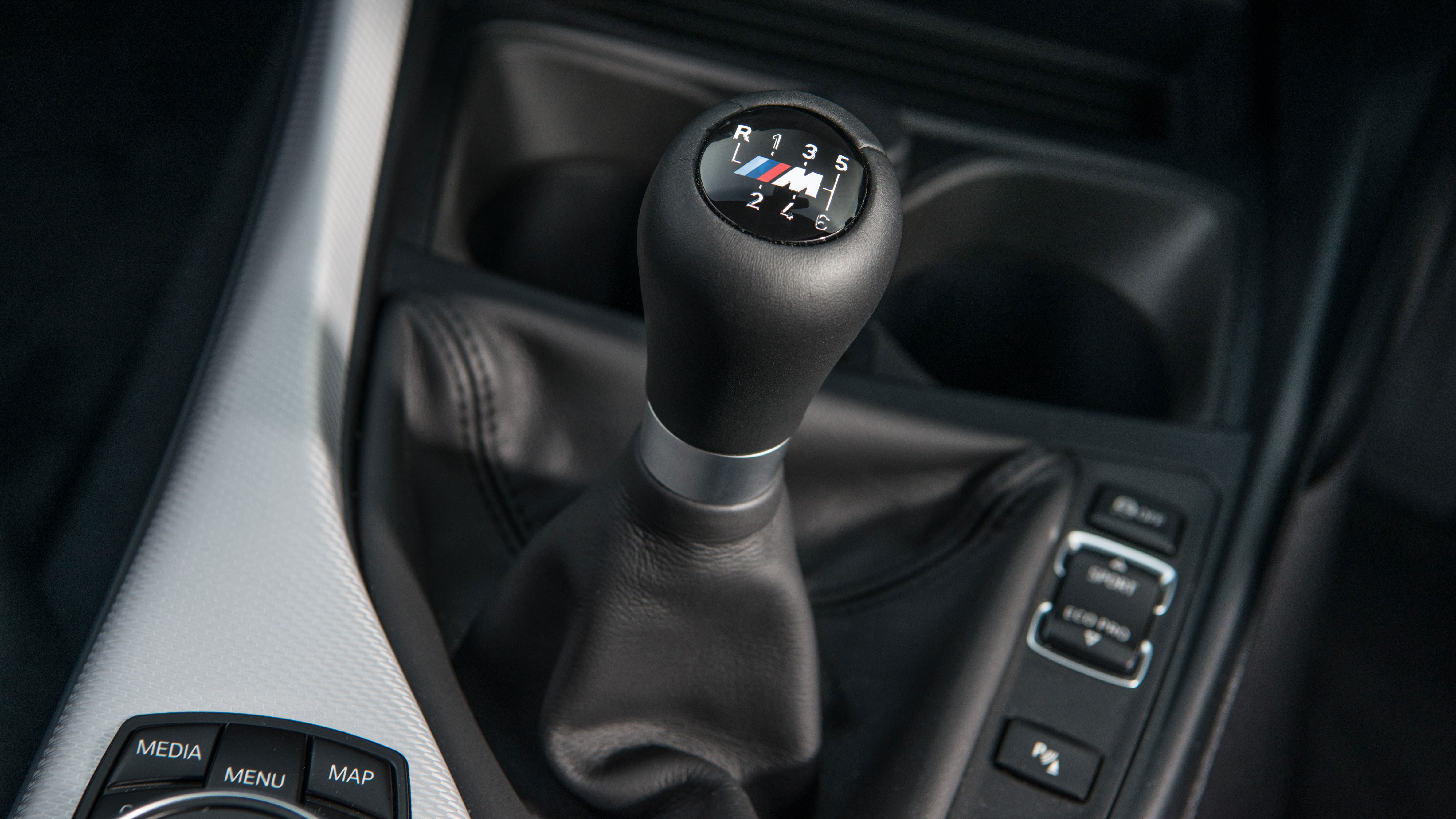 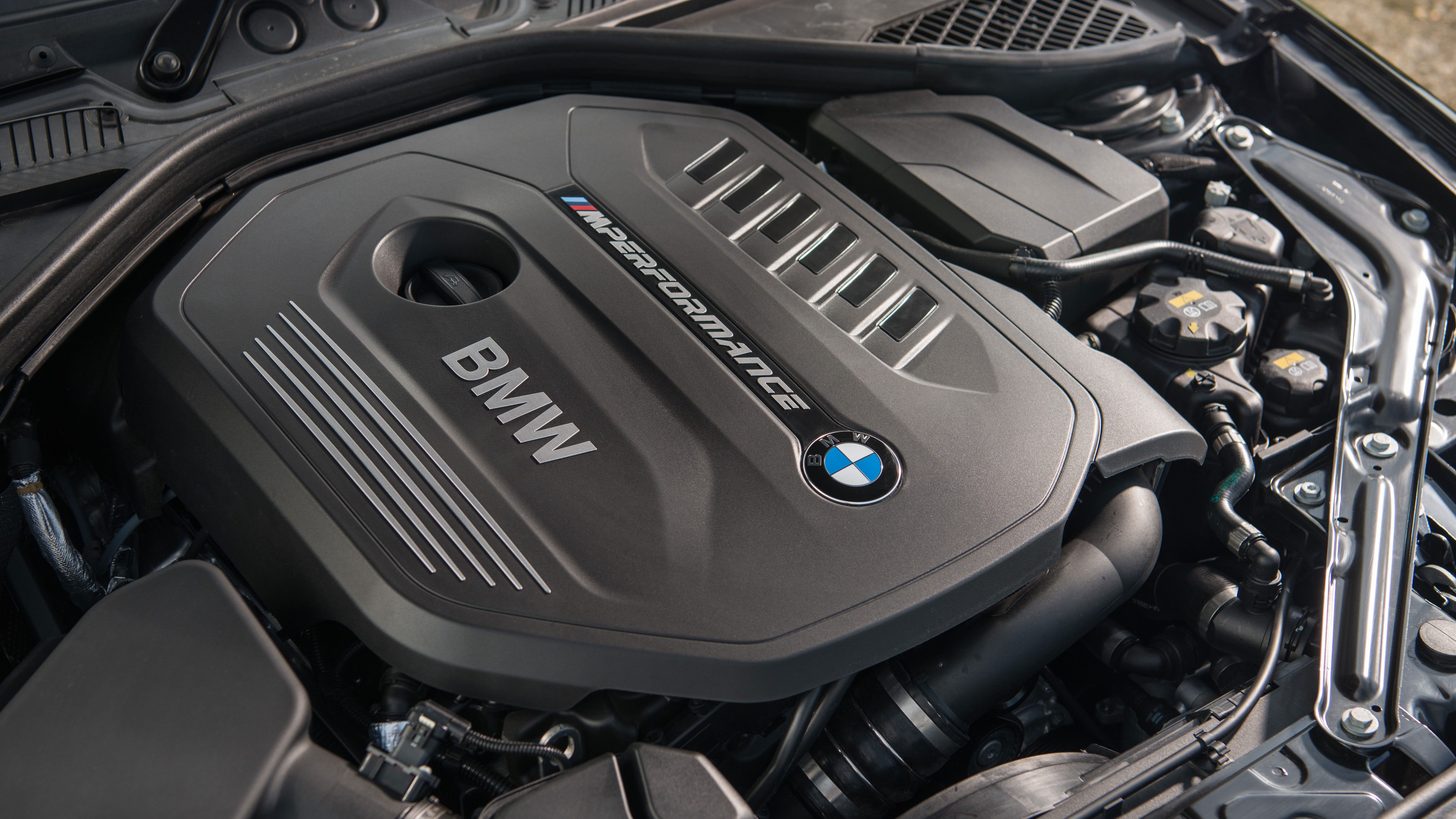 Anything else tempting about the M240i? Does it do the dishes? Revise chemistry formulae for me?

Sorry, I was trying not to gush but it’s a very sorted little car. Small, agile, superb at coping with crappy British roads, exciting and approachable. It has very talented parts, and still manages to be more than the sum of them.

If tech’s your thing, be aware that a suitably optioned M240i runs an updated version of iDrive with sharper graphics and a preview of each sub-menu when your cursor hovers over it, so there’s less back-and-forthing seeking the setting you’re after.

Unlike the latest iDrive 5 for the 7-Series and beyond, there’s no touchscreen, but the rotary controller is so handy you won’t miss the fingerprints. The rest of the cabin could do with an update, though. Too many random material finishes and ugly gaps between surfaces for our liking.

Would you really have one over an M2, though?

Tricky one. The M240i’s nowhere near as punchy looking, especially on its fussy alloys, but it’s every bit as quick, looks and feels identical inside and it’s £10,000 cheaper. And you can buy one without a wait.

You’ll find its limits a lot sooner than the big M lad – it’s ultimately less of a challenge. But if you like the feeling of summoning 95 per cent of a car’s ability on every journey, there’s a lot to suggest the M240i is actually the best all-round sporting car BMW makes right now.