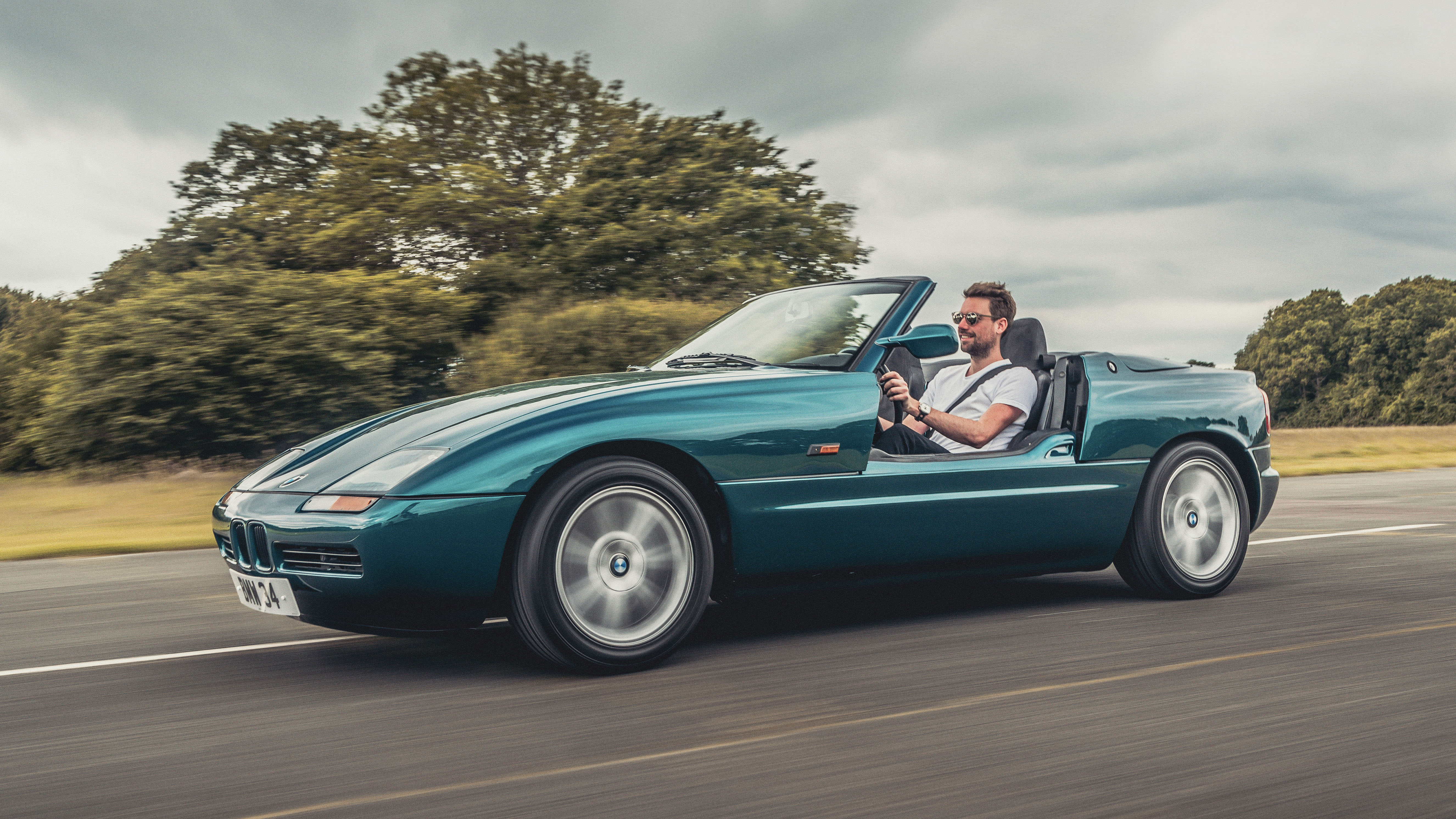 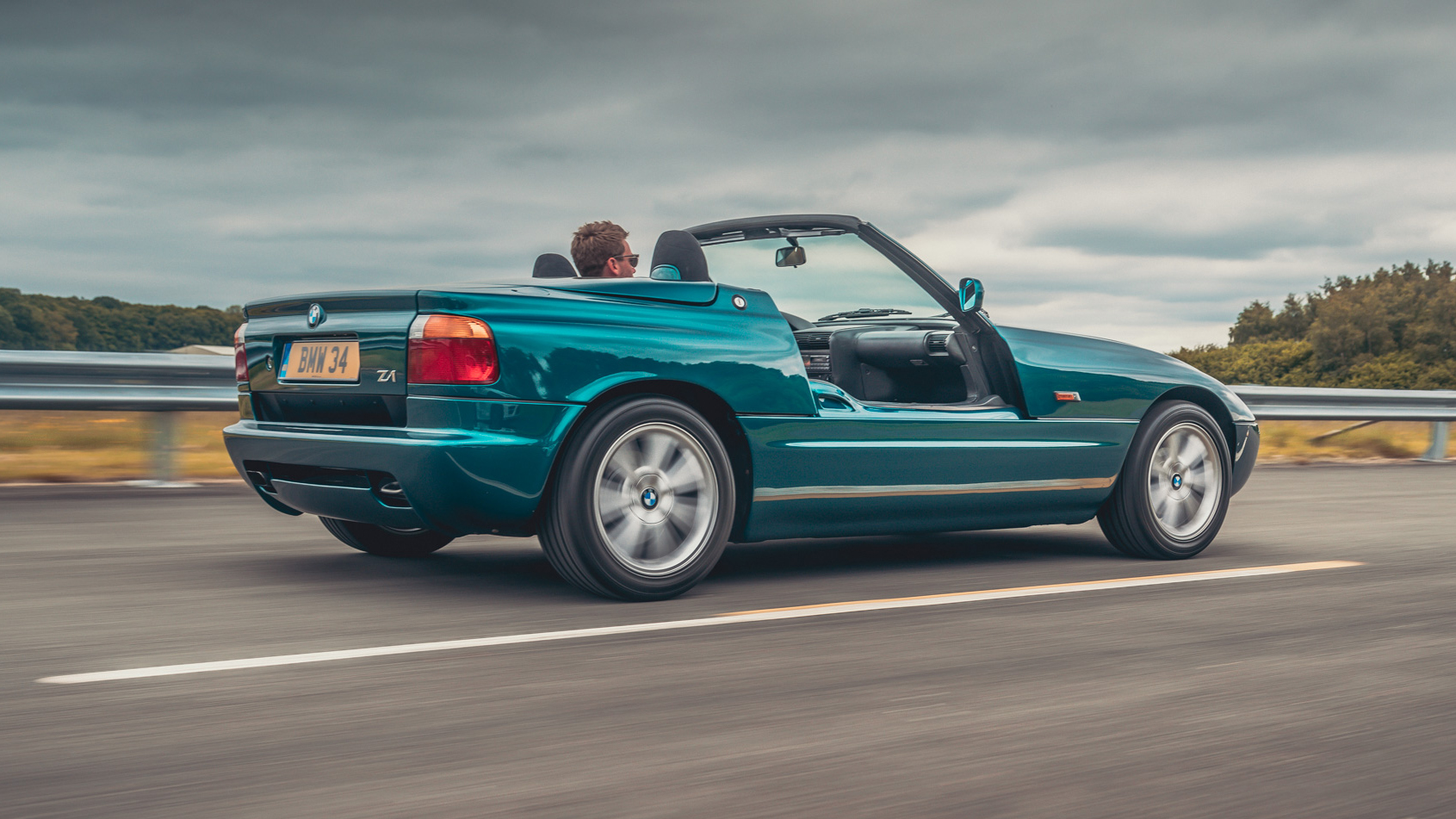 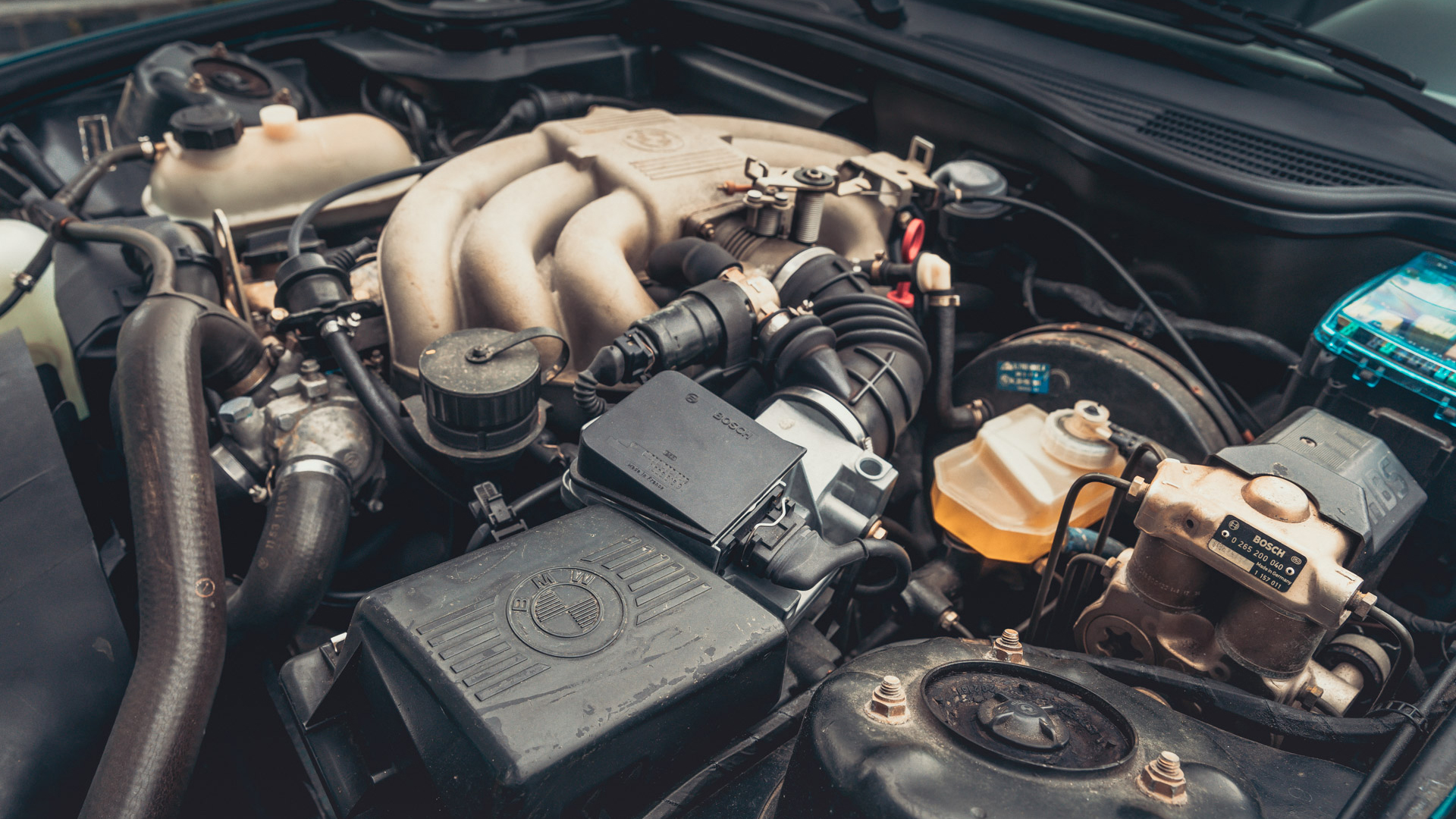 Doors. In their simplest form, mere hinged slabs that open to allow things inside to escape outside. They also close to keep out the likes of wind, rain and verbal abuse. But when attached to cars, they can become a piece of theatre.

As ambitious car designers have long known, the novel placement of hinges offers an infinitum of door possibilities: they can rise to the heavens, bloom from the roof or even open backwards. But where tricksy doors are normally reserved for concept cars, or heinously expensive hypercars, back in 1987, BMW proved that didn’t have to be the case.

Choosing to garnish its Z1 – the German outfit’s first two-seat roadster since the achingly gorgeous 507 – with doors that retracted vertically into the side sills, BMW turned doors from a means of getting in and out of the dinky car into actual Paul Daniels-style magic.

Plus, having the ability to lower them while on the move – enabling the possibility of dragging your knuckles across cat’s eyes at 80mph – jaws instantly bounced off the floor when the car was first shown to the public at the 1987 Frankfurt motor show. Thirty years ago this month, then.

But the Z1 didn’t come from BMW central operations. Instead, it was a project designated to its new research subsidiary – BMW Technik – a forward-thinking offshoot of brainy people set up to be BMW’s crystal ball into the future. Its task was to deliver a two-seater sports car that was “creative, innovative and effective”. So it grabbed an E30 325i, ripped out all of its mechanicals, then worked out how to stuff them into a futuristic roadster.

Keen to experiment with new materials, the chassis is a zinc-plated monocoque (to improve torsional rigidity) with a bonded plastic floor pan. Shrouding that, individual body panels made of an elastic synthetic material (plastic, to you and me) that can all be pulled off in 20 minutes and built up again like a Kinder Egg toy.

And by ’eck did BMW Technik’s crystal ball work – 30 years later, the car still looks fantastic. With incredibly short overhangs, that curvaceous sloping bonnet and near-perfect proportions, it hides its age effortlessly. The tech is still relevant too. Things like the racecar-style flat undertray and aerodynamically shaped exhaust muffler to cut drag.

It's impossible to drive without a smile, too. Well, with the roof and doors down – otherwise it feels like any other cabrio. But dropping those doors (which fall with the grace and violence of a Jenga tower) instantly adds a sense of humour and new dimension of wind buffeting to your journey.

With the front-mid-engine 325i lump kicking out 170bhp and 168lb ft of torque through a five-speed manual ’box, you’re urged to rev the straight-six out. With its weight of 1,250kg, plus decent rear-drive traction you’ll see 0–62mph in 7.9secs,  and thanks to decent aerodynamics (with the roof up) a top speed of 141mph.

But the Z1 isn’t a car to thrash. It’s not concerned with being the fastest. It’s one of those golden cars that understands the fundamental elements of driving and rewards the driver by doing them well. The interior is simple. Four dash dials: fuel, speed, revs, engine temp. That’s it. The bare necessities. The camo seats are hilarious and supportive. The steering slow but feelsome. And with the doors dropped, speed is exaggerated and enjoyment maximised.

After a day of driving around feeling like a Nineties yuppie Berliner, I couldn’t help but feel some modern cars could learn a thing from the Z1. To simplify the fuss and focus on fun. Then add bizarre doors that are operable while driving. Which, in an era obsessed with addictive apps like Snapchat and Boomerang, now make more sense than ever.