£40,645 when new
Read why you can trust our independent reviews
Piers Ward
Published: 20 Jan 2020
comments
Skip 10 photos in the image carousel and continue reading 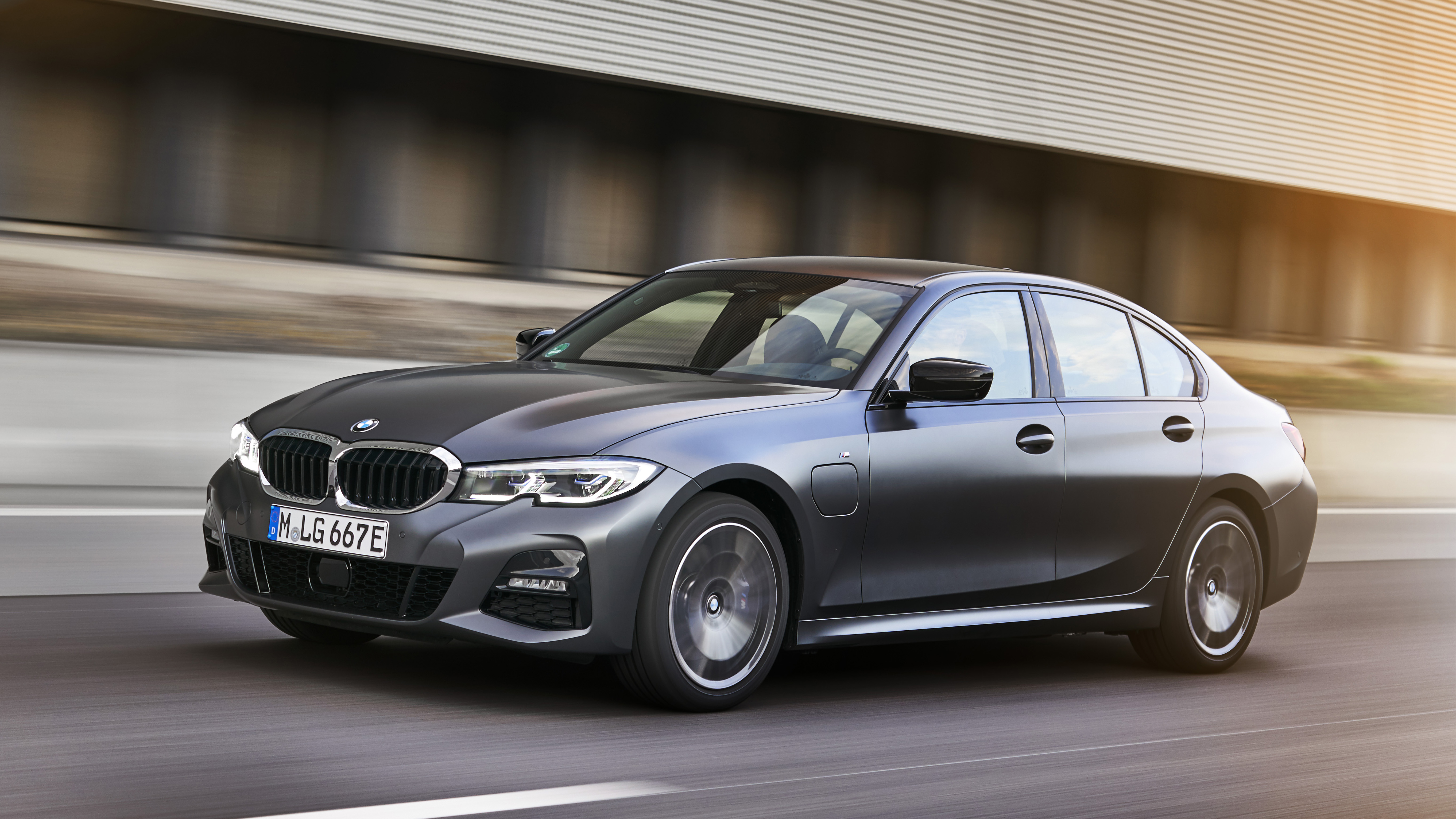 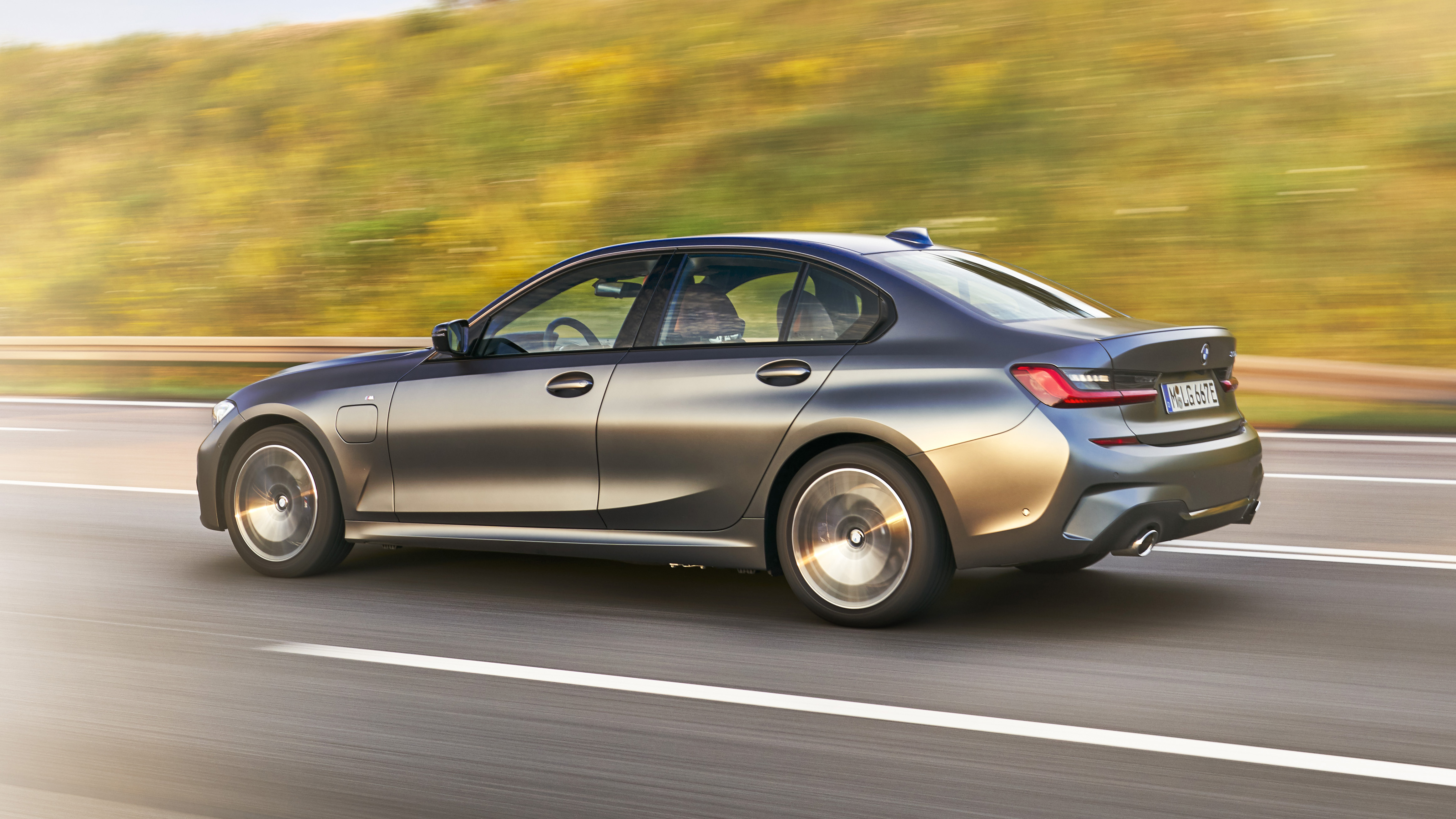 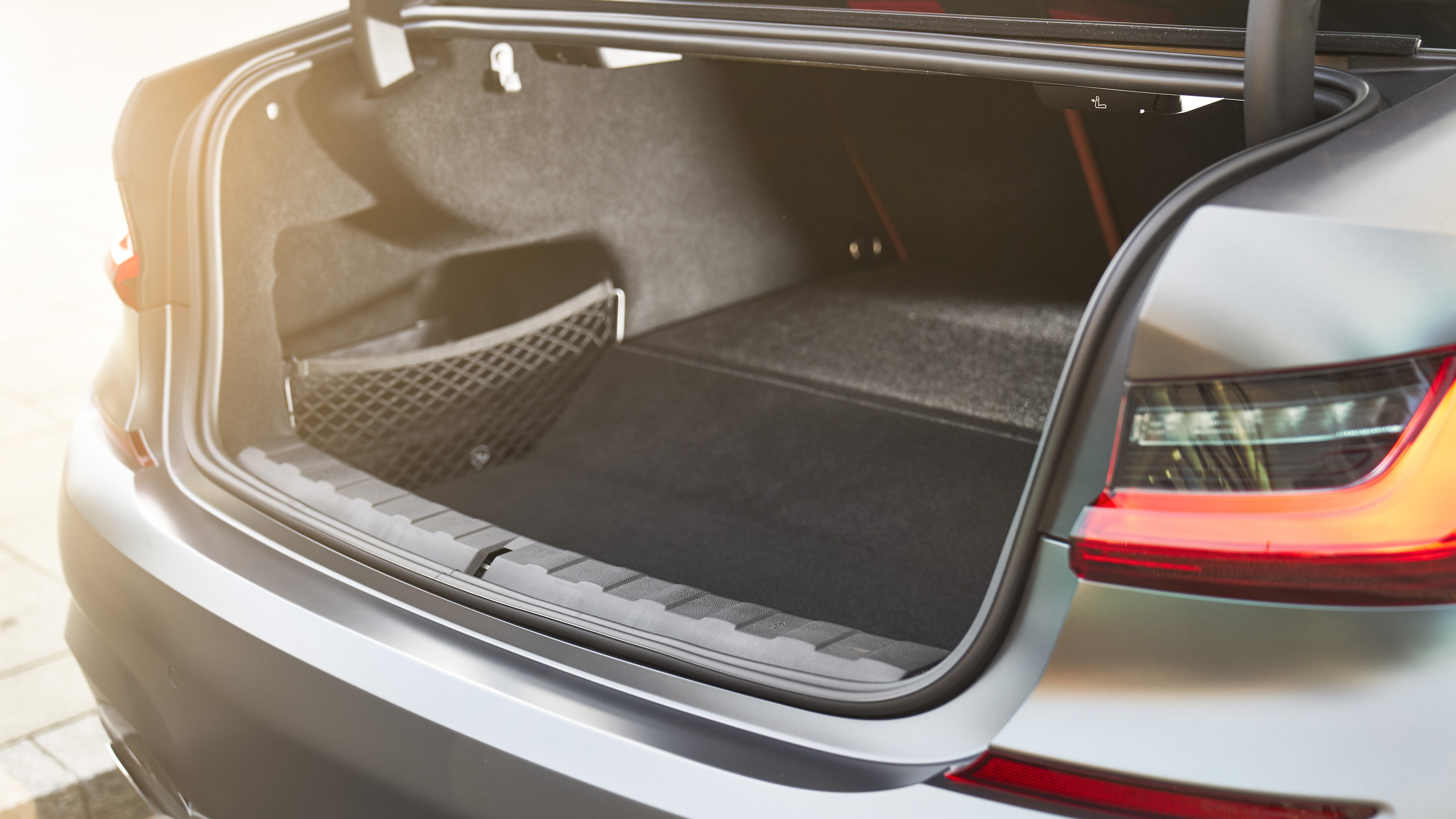 Spot on. Although in this case it’s not entirely electric – this 330e is a plug-in hybrid. It’s a combination of four-cylinder petrol and a 112bhp electric motor sending a maximum of 288bhp to the rear wheels. The battery is now 12kwh (up from 9kW in the last one), for an electric-only range of 35 miles. BMW is predicting this should be among the biggest sellers in the UK.

However, the reason that we said ‘maximum’ up top is that the 288bhp figure is courtesy of XtraBoost mode. This is a setting within Sport (press the button next to the gearstick twice and you’ll bring it up) that uses the full whack of both petrol engine and electric motor for maximum attack. Once the juice is gone, you’ll be back down to 252bhp.

Sorry. It’s also not the smoothest four-cylinder in Sport, so you’ll want to drop it back out of that mode once you’ve done your hooning. Admittedly, it’s better up high in the rev range, but in the mid section it sounds a bit lumpen and not all that sophisticated. It’s a pity, and a marked contrast from how smooth it is in the other modes (‘Hybrid’ and ‘Electric’).

Largely effortless. As any marketing wonk worth their salt will tell you, an electric range of 35 miles is more than most people’s commute. So if you’ve got a charger at home and work, and restrict your evening soirées to a bare minimum, you should manage to function on electric only for a significant chunk of your annual mileage. Even if you have to dip into the petrol, the 330e should still average about 50-60mpg in the real world. But, as ever with these things, that’s massively variable, and efficiency tumbles when the petrol is engaged. The claimed figure of 176.6mpg? Fake News.

It’s only got 113bhp in the electric mode, but it feels punchier than that and has enough oomph to keep up with most traffic. Running the gauntlet down a slip road will need a shove from the petrol engine, but otherwise you’ll easily survive on electrons only.

Or, just go with the standard configuration of Hybrid and let the car figure it all out for you. There’s a new Anticipatory Hybrid Drive that uses the nav to work out which mode should be used when, and the car is mostly an easy thing to live with.

The ride is not the gentlest. On the plus side, it definitely feels alive and like the sort of sports saloon we’d want BMW to be building, but the contrast between the smoothness of the powertrain and the firmness of the suspension is pretty marked.

So embrace it. Spec the Adaptive M Sport suspension. We couldn’t test it on the cars on the launch and it’s not cheap (£2,200), but if you’re getting an M Sport version of the 330e, as most people do, it should give it extra bite and make it more engaging.

Anything else to know?

There’s no DC charging because the battery’s not big enough to justify it, but a full charge should take under four hours on a 3.7kW AC supply.

Would you buy one?

Overall, it’s a neat addition to the range and feels less like an after-thought than some rival PHEV versions of regular models. Ultimately, buying one will come down to your sort of commute. A short one on smooth roads? The 330e would be a good choice.