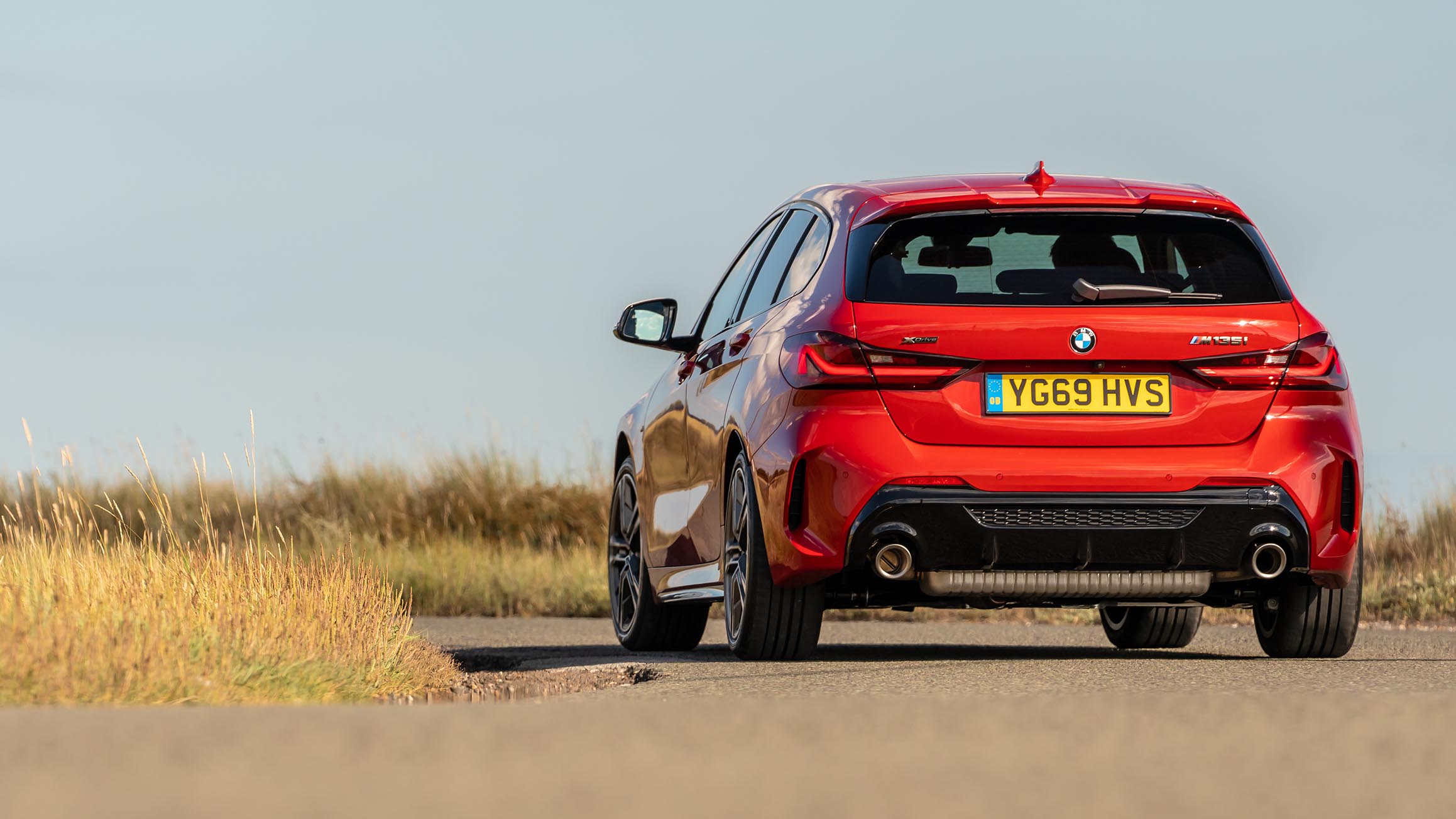 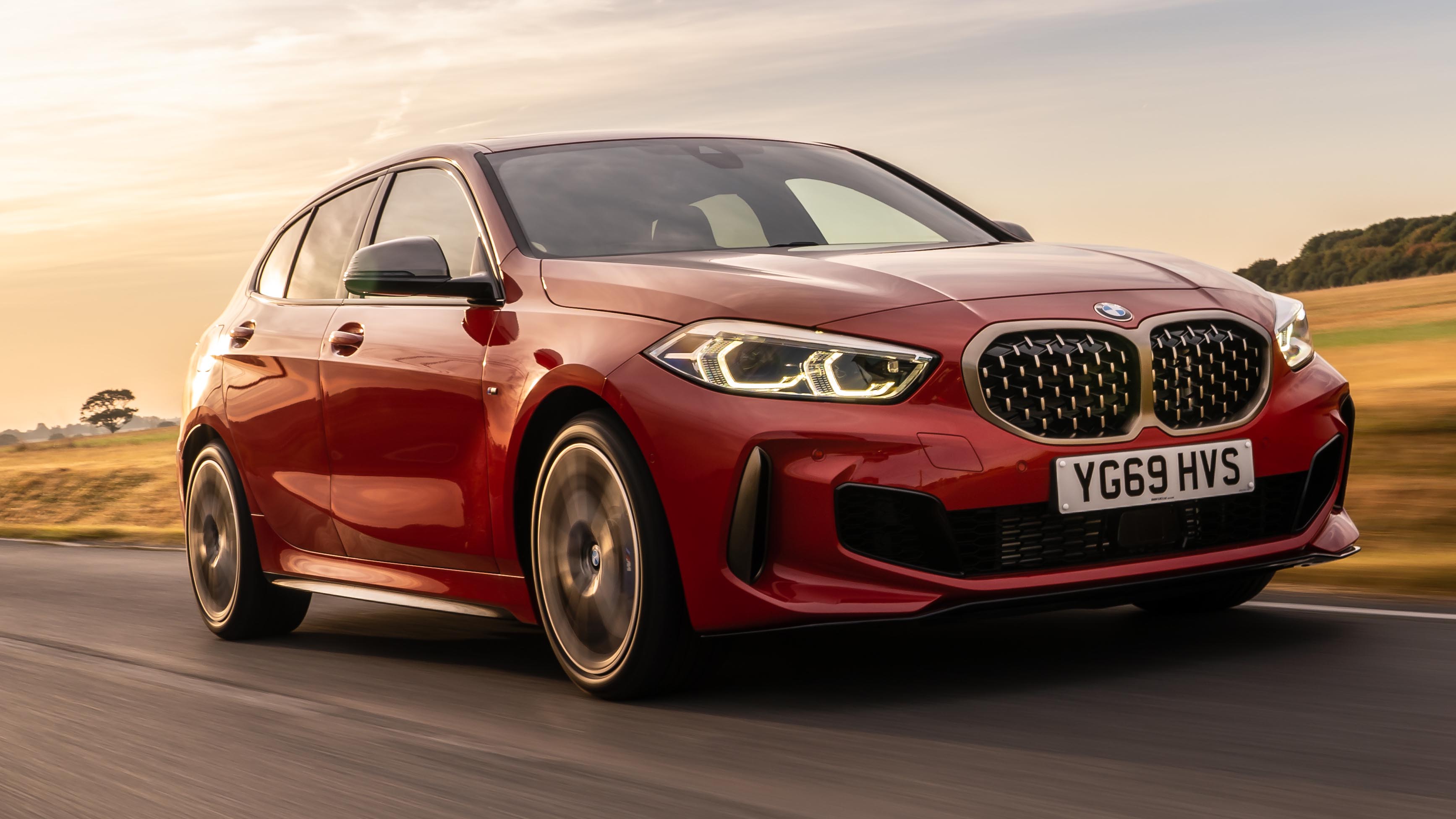 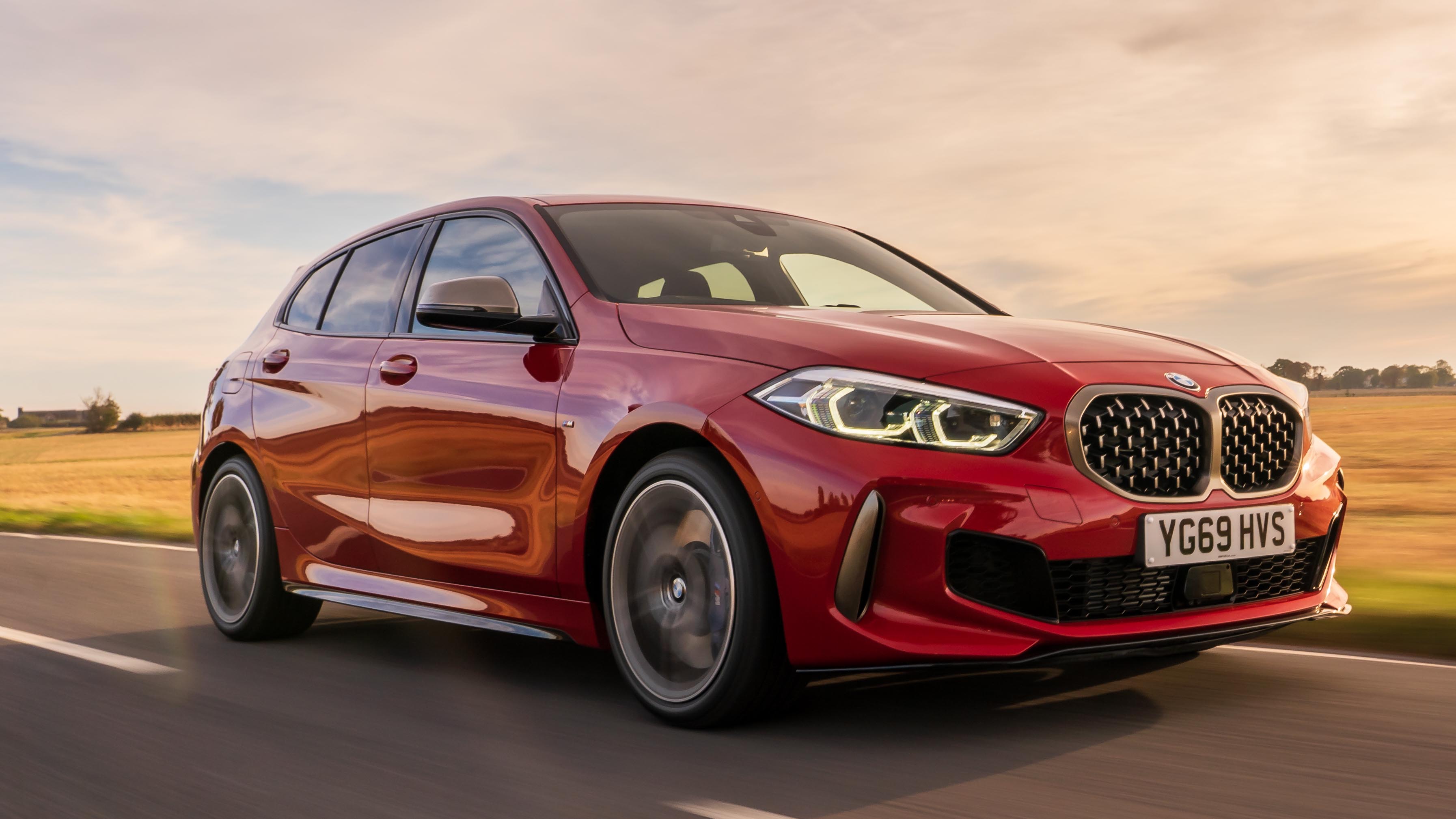 Yes, it’s in the UK now. The old BMW M135i and M140i found many homes here, thanks to an irresistible blend of a gregarious six-cylinder turbo engine, naughty rear-wheel drive and cheap finance putting one in your garage for about £300 a month. So the new one has a hard act to follow, but also plenty of willing customers ready to spend £36k on a hot 1er. Potentially.

And this is the part where you explain they’ll be swapping into a very different car.

Yep, not to labour the point, but as the new 1 Series has gone front-wheel drive, the M135i has been totally reinvented. The biggest engine possible is a 2.0-litre four-cylinder turbo.

The new M135i (not new M140i, note) is badged as xDrive, but most of the time it’s front-wheel drive, with the rear axle being trusted with up to 50 per cent of poke when the chips and microprocessors say so.

Less powerful: the old M140i’s 3.0-litre turbo six developed 335bhp and 369lb ft. Now two cylinders down, the new one makes do with 302bhp and 332lb ft. And you know what? That’s fine. For a hot hatch, 300bhp is the sweet spot. For any road car, really. We don’t need every new version of every new car to blow the old one into the weeds. So, just over 300bhp - and a rich torque band for the eight-speed automatic gearbox to exploit - is just fine.

Prove that with numbers.

The M135i will do 0-62mph in 4.8 seconds and eases into a 155mph limiter. The old M140i could manage 0-62mph 0.2sec faster on paper, but in the new car you’re not limited by traction, so in greasy weather or for a quick spot-the-gap-and-go overtake, the new car’s just as quick, if not quicker.

And I imagine it’s much greener too?

Well the old M140i tended to be freakishly economical – BMW six-pots often are. I once got an M140i to average 36mpg on a run from the Midlands to Edinburgh. TG’s long-term BMW Z4 M40i routinely does at least 35 to the gallon. The new 1er does… low thirties. On a long cruise you can engage Eco Pro mode and try to avoid waking the turbo and watch the range skyrocket, but don’t be fooled into thinking this is intergalactically less thirsty than the car with a third more cylinders behind its grilles.

Awful, isn’t it? The hippo nostrils, the simpleton grinning mouth, the surprised headlights. The whole thing looks like it’s laughing at a joke it doesn’t quite understand. And the back’s so dumpy – it looks like a crossover that’s narrowly escaped a crusher at the last second. Building an uglier hatch than the old 1 Series was a hell of a challenge but credit to BMW – they’ve pulled it off.

But you can’t see that inside.

Nope. What you can see is iDrive in a beautifully integrated flush glass screen, fantastically comfortable and supportive seats, unreadable digi-instruments, and some very suspect trim choices. The dash plastics feel like they’re a collection of random offcuts and the fabric lining for the doors looks and feels like old bathing suit netting.

And here’s the crux of the M135i’s problem. It no longer has a unique engine or drivetrain. It’s not the fastest hot hatch, or the roomiest, or the most luscious inside, and it’s certainly not the prettiest. So what’s the USP, over all the other four-cylinder rockets from VW, AMG, Audi, Seat, Ford, Renault and Honda? Even Hyundai? What separates the M135i, and stops it being an also-ran in a white-hot, hugely competitive class?

The way it goes down a road and attacks some corners?

Here’s the good news. BMW has retained the ride quality of the old 1 Series – its ability to absorb bumps and ruts lives on and makes this a very liveable, everyday-friendly hot hatch. And a very UK-happy one. You could drive it in Sport mode all the time, on the adaptive dampers, without hating life, but Comfort mode is so beautifully judged, why would you?

What's more, the body control is better than the old 1er. The rear doesn't sag like the back half's made of rubber any more.

Sticking in Comfort mode, the steering remains free of gloopy weighted numbness (another big improvement), and thanks to the Individual setting you can team all this with a snappier powertrain response. Happy days.

The problem is that the M135i doesn’t raise its game from there. It’s happy at six-and-a-half tenths, being a comfy, torquey, effortless whoosh-mobile. It can’t excite, though. The noise is synthetic, speaker-derived fake news. The gearshift, peerless as an auto, shunts changes though with an unwanted kick in the back in manual mode. There’s torque-steer tugging through the steering wheel.

And though, yes indeed, you can sense drive being sent to the rear on corner exit, the provocation required simply isn’t acceptable on the public highway. Where the old M135i could make you smirk on a roundabout, this one is just BMW doing its best Audi S3 impression. Quick, effective, soulless, forgettable. As my colleague Tom Harrison noted, it’s ironic that ex-BMW M boss Albert Biermann, who quit the Germans to work for Hyundai, has come up with a more satisfying hot hatch in the underdog-tastic - wholly front-wheel drive - i30N…

Should I wait for the proper M version?

Not likely. BMW won’t build an ‘M1’. The smallest M car it’s going to make is the M2 coupe, which is, for the record, sensational. The M135i, meanwhile, is fine if you want the fastest 1 Series, but not going to trouble the top ranks of the what makes a great hot hatchback. Not this time.