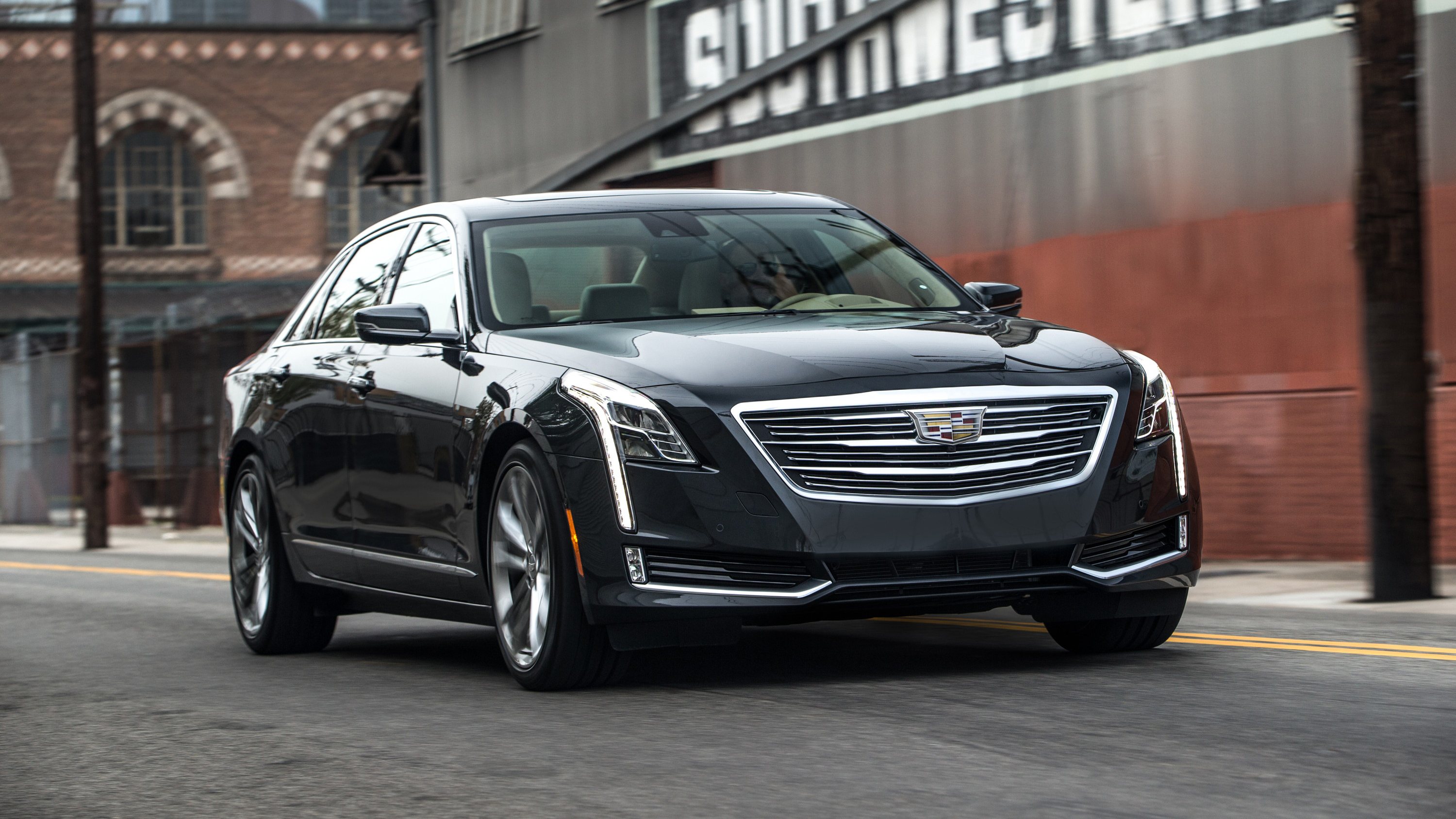 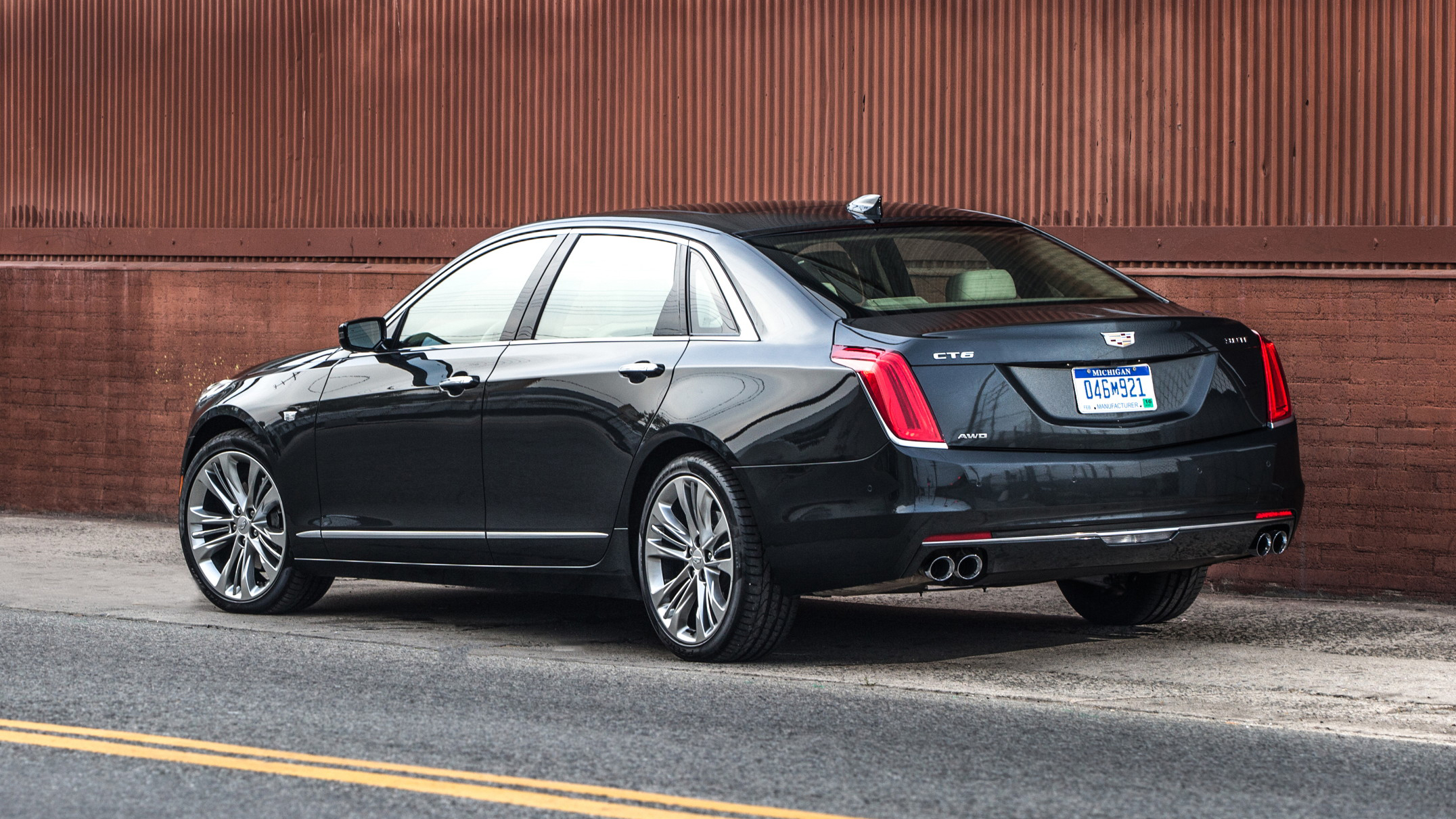 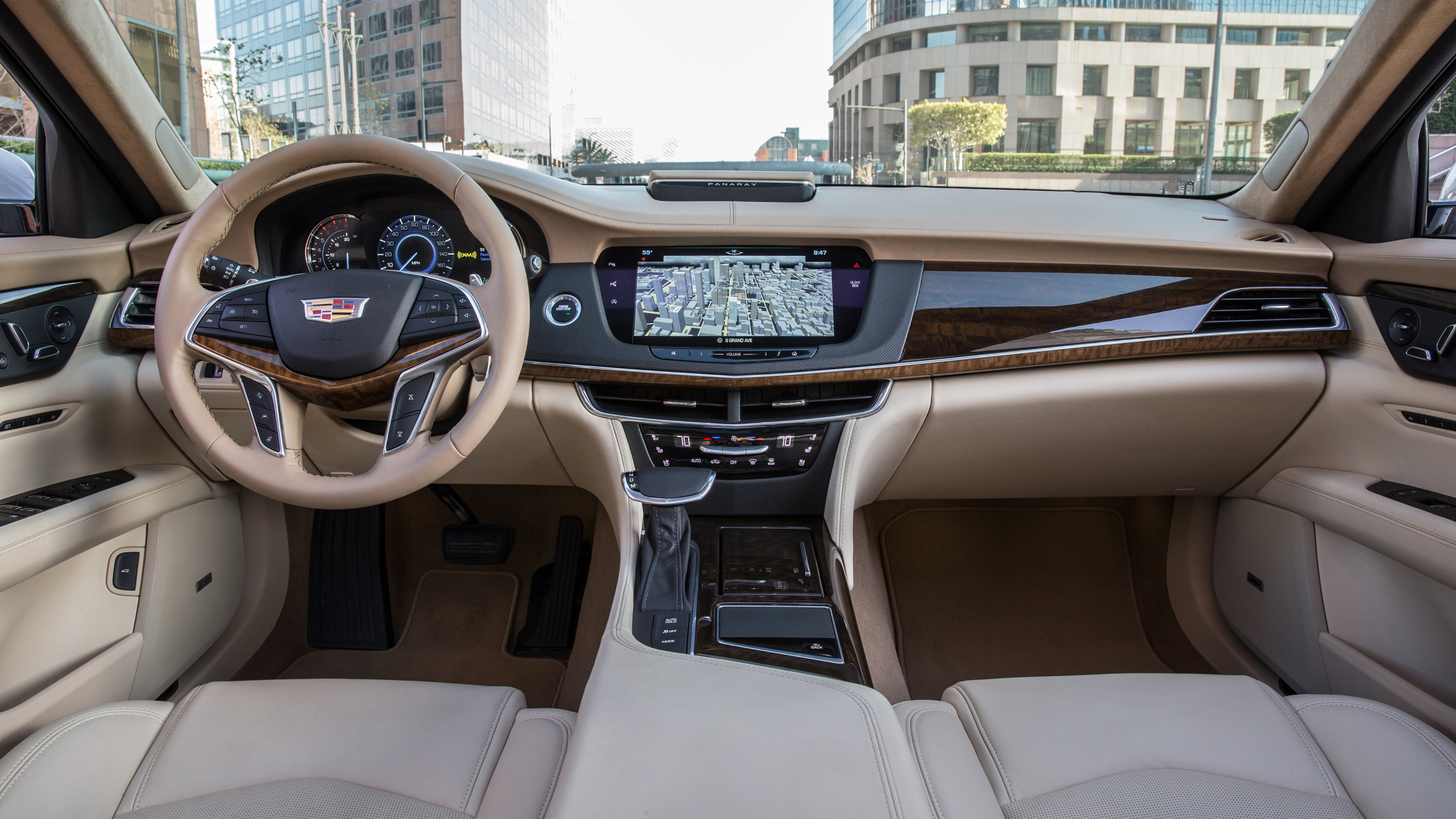 Ooh, a Cadillac. Quick, put some hip hop on.

Hold up. This is the new Cadillac CT6, not some high-rollin’ Escalade. It's a full-size, luxury sedan from Motown’s second-oldest automaker.

And again in English please…

Beg your pardon. It’s a big, posh saloon from one of America’s oldest motorcar manufacturers.

But wait, because US car categories are different to Europe’s, so in terms of length it actually lives somewhere between the Mercedes E-Class and S-Class, or BMW 5-Series and 7-Series. We drove a pre-production car in the States earlier this year, but this is our first taste closer to home. In Berlin, in fact.

How American is it?

Visually it’s up there with a flashy Vegas casino, but underneath it actually has some rather European manners. The chassis is split 60/40 between a-loom-inum and steel (it’s the first Caddy to be built using multi-material, weight-saving wizardry), there’s active suspension, cylinder shut-off, four-wheel drive and even four-wheel steering.

At least tell us there’s a V8.

Of course, Caddy is no stranger to brisk four-doors – the CTS-V being a suitably meaty example – and although nothing’s confirmed, bosses hinted that the CT6 may also get some V-series treatment at some point.

Does it handle OK?

You know what, it does, especially for a such a big, long thing. The four-wheel-steer system helps with that – effectively shortening the wheelbase at speed – but it also feels lighter than its 1,950kg kerbweight.

The magnetic suspension keeps things well under control, and there’s a useful difference between the taut Sport mode and the cruisey Tour setting. Vast 20-inch alloys live at each corner, yet it rides with a certain sophistication, even over knobbly cobblestones.

There are a few weird issues to report. The lazy turbos are exaggerated by the slightly unmotivated automatic gearbox, which at times feels like it’s from an old-school cruiser.

It has a habit of sneaking back into high gears, even in Sport mode (paddling down from eighth gear to third for corner after corner is quite tiresome). Also, on a more personal note, my shoes have very clumpy soles. Either that, or the brakes aren’t great communicators.

The best part of this road test was being treated to a vigorous massage… courtesy of the rear seats, which also recline as you watch HD screens that retract into the front seatbacks. The driver has a 12-inch instrument screen, and another, central screen takes care of 3D navigation and infotainment (the Bose Panaray stereo will blow your socks off).

The rear-view mirror, meanwhile, turns into a screen linked to a rear-facing, wide-angle camera. The idea is to give you a rearward view unobstructed by C pillars and passengers, but focusing on a screen – especially at a glance – isn’t as natural as looking deep into a trusty old mirror.

The CT6 is swathed and stitched in a patchwork of leather, Alcantara, veneers and plastics. Some feel upmarket, some don’t. The layout is fairly traditional, and although the overall effect is smart, it feels a step behind the effortless cool of, say, a Volvo S90.

Does it all come together?

The Cadillac salesman will tell you it has the air of a European boutique, but if you ask us it’s more mafia chic. On the plus side, the trunk is spacious enough for at least two bodies, and if you go for black paint literally nobody will cut you up… so to speak.

Go on then, give us the price…

The CT6 Platinum, the only model available in the UK, is a tenner shy of £70,000. Yep, seventy thousand of your English pounds for a car you’ve only just heard of. That’s in the top band of E-Class prices – the E63 AMG is only four grand more – and creeping into S-Class territory. The options list is huge, but the Platinum trim includes the whole lot, and you can’t de-select anything. So it’s all or nothing.

For that price it comes in right-hand-drive, though?

Afraid not. It’d be too costly to swap sides for the sake of a few sales to curious Brits. How many sales? Cadillac says it’s not chasing numbers, which is just as well, because the CT6 – despite the good bits – is just too much of an expensive weirdo to work in the UK.

Yes, it has some worthwhile tech, but for the most part it merely follows where others lead. Would you really buy one over an equivalent Merc, BMW, Audi or Jag? You should think long and hard about that.