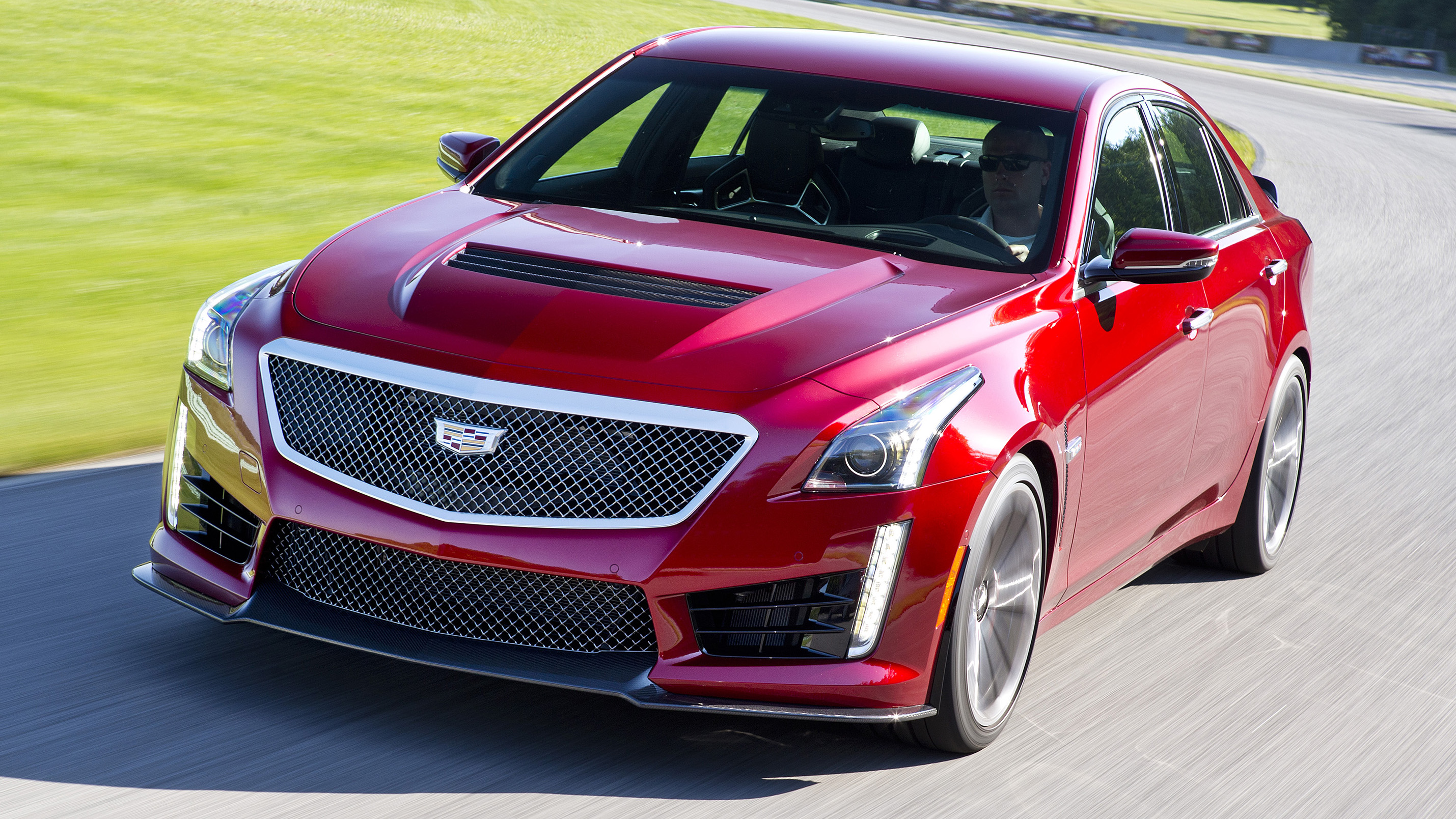 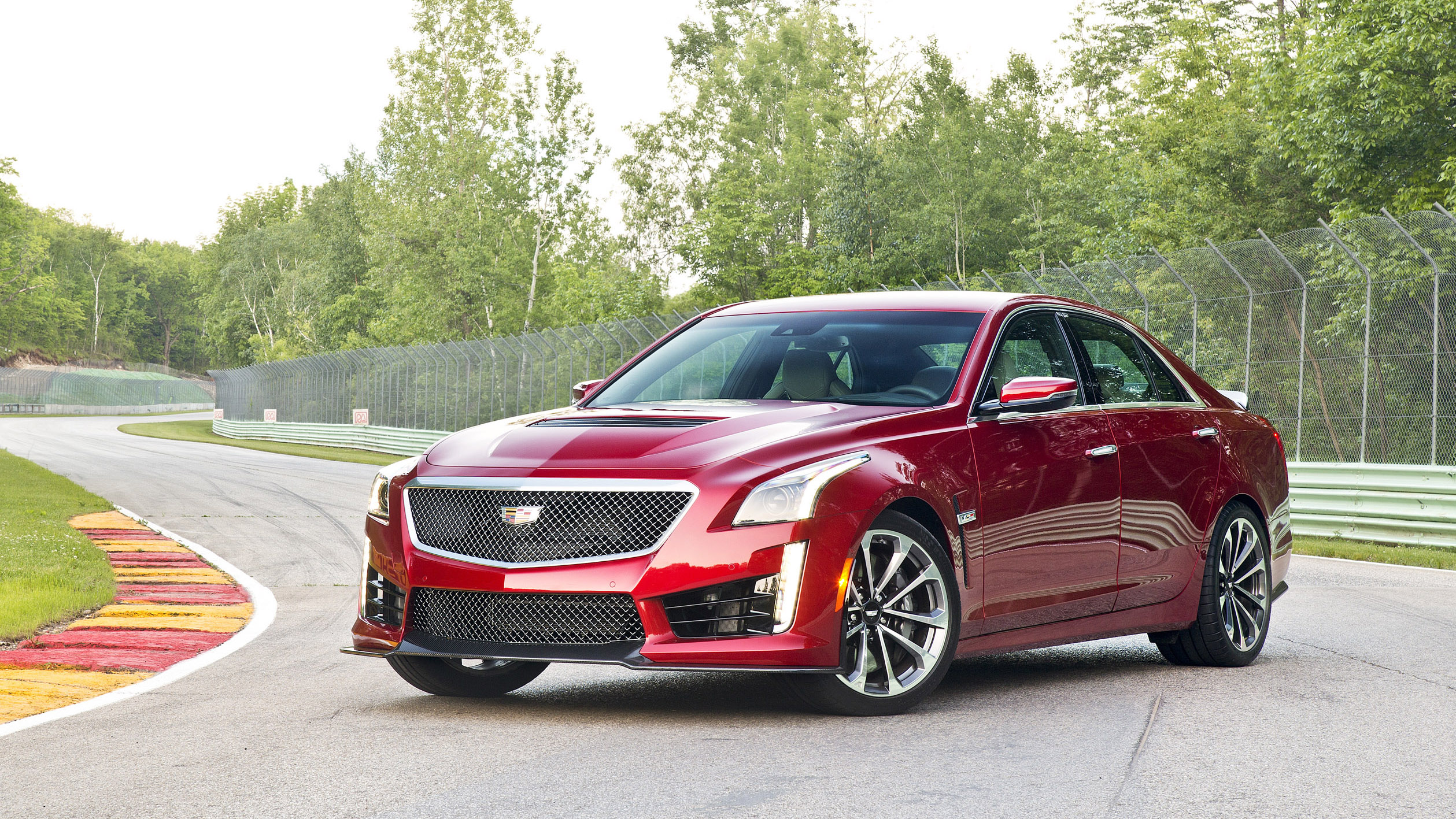 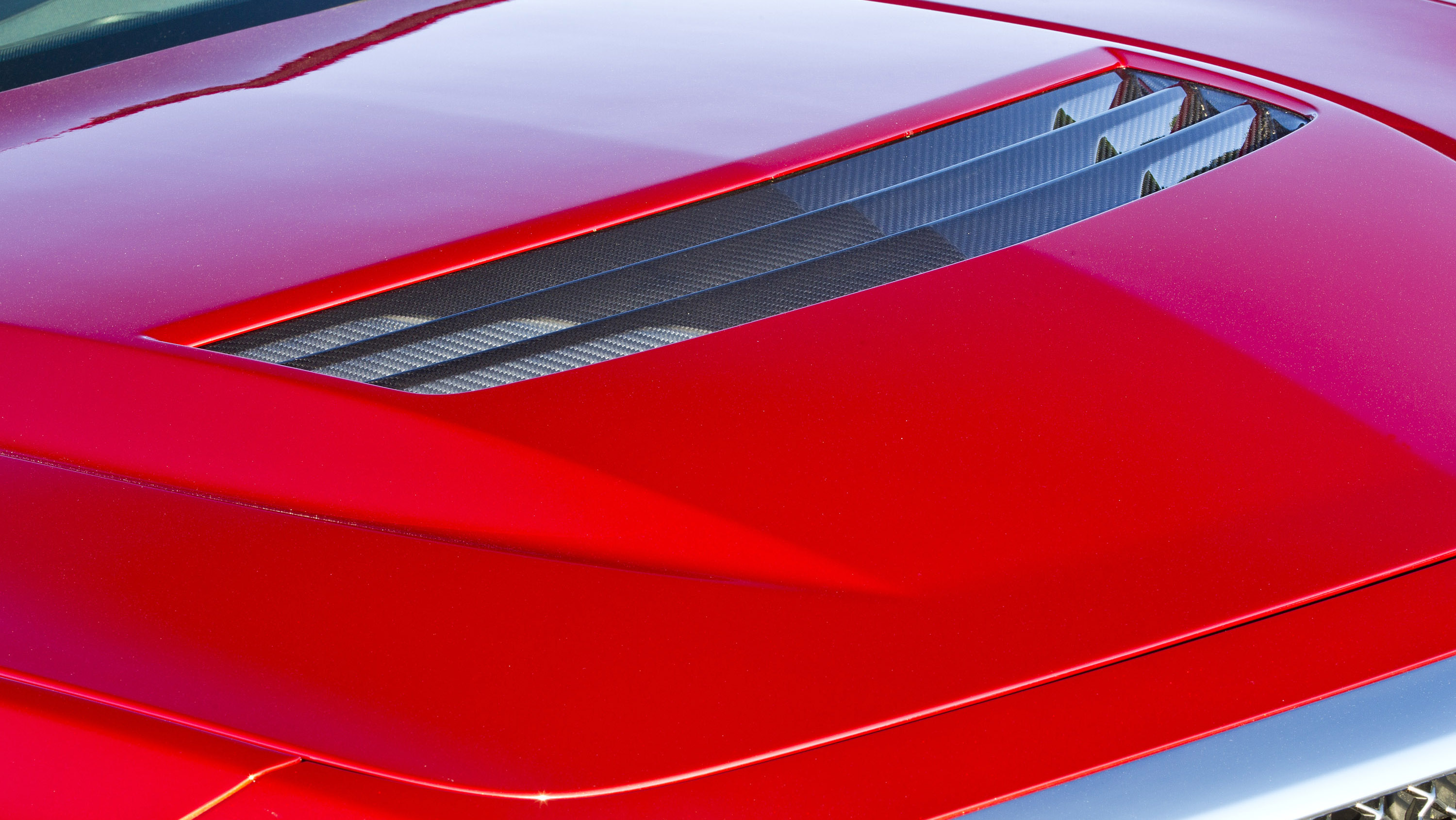 This is the US’s sole answer to the European super saloons, the 2016 Cadillac CTS-V. Now lighter, stronger and more polished than ever before, the big V returns to do battle on road and track with an arsenal of new weapons.

Power is now provided by the supercharged 6.2-litre V8 borrowed from the Corvette Z06, with 10 fewer bhp than its coupe cousin at 640bhp. Weight has been pared back by 45kg over the outgoing model, giving it a 160kg head start over all its European rivals, particularly the class heavyweight, the Audi RS7.

And there is stacks of cool new technology, as we’ve come to expect on high-end Cadillacs and Corvettes: Performance Traction Mangement, third-generation magnetorheological dampers, a data recorder and an electronic rear diff are all present and correct.

What will not be present this time around are coupe and estate versions of the big V. The coupe role is now being filled by the smaller two-door version of the ATS-V. The estate, a TG favourite, has just been axed and don’t expect to see it back in the range anytime soon. Sad.

So there’s a lot riding on this single model CTS-V range. But all the omens are good. It’s got a monster engine, has lost weight, there are big brakes – although steel not carbon – and it all rides on the same Alpha platform as the smaller ATS-V, which is the leading handler in the class below.

The ATS-V felt like it needed another couple of hundred horsepower, the chassis remaining so controlled and neutral right up to the limits of its V6 drivetrain. So let’s see how it gets on with the big V8 up front.

What about inside – is it a proper luxury car?

The interior has been tidied up enormously from the previous gen car. It’s now of comparable quality with the European competition in terms of fit, finish and materials.

And it has a few tricks like the Performance Data Recorder – a kind of hardwired GoPro – that even they can’t match. The seats are fully configurable to embrace you like a baseball mitt, so it’s comfortable on the road and keeps you locked in position on the track.

The base CTS is arguably the best-balanced car in the class, with a superbly light and deft touch to the handling and steering. So the V gets off to a great start.

On the road, the fastest Cadillac you can buy is hushed and calm, with instant warp power and a smooth, level ride. The miles just vanish beneath the wheels.

As befits its luxury car status, the V8 is much more muted than in the ‘Vette, perhaps a little too much. But in performance terms, there’s no doubt whatsoever what’s driving the big V. It piles on the speed rapidly enough and bolts out of turns, so you rarely want for more. 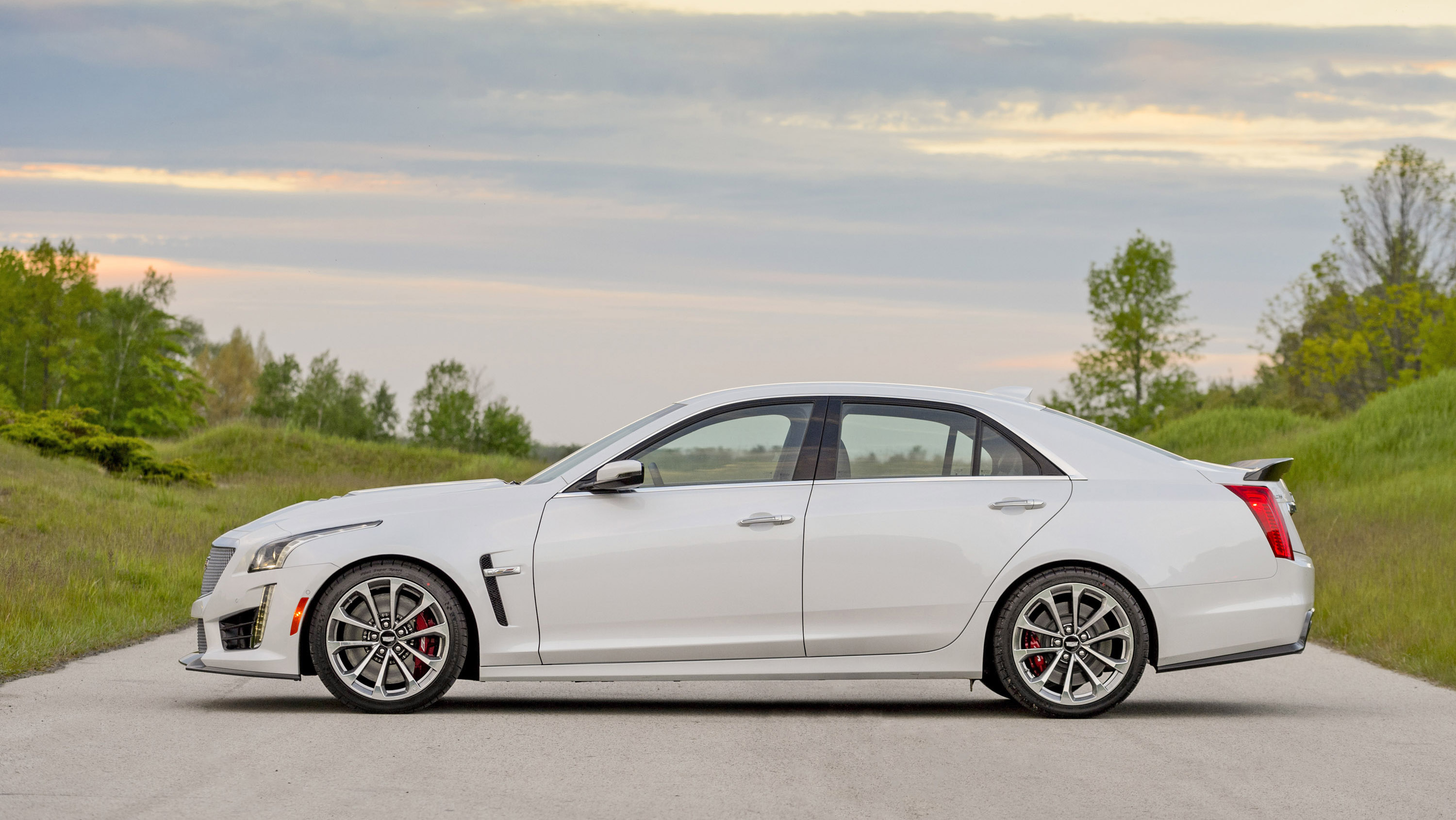 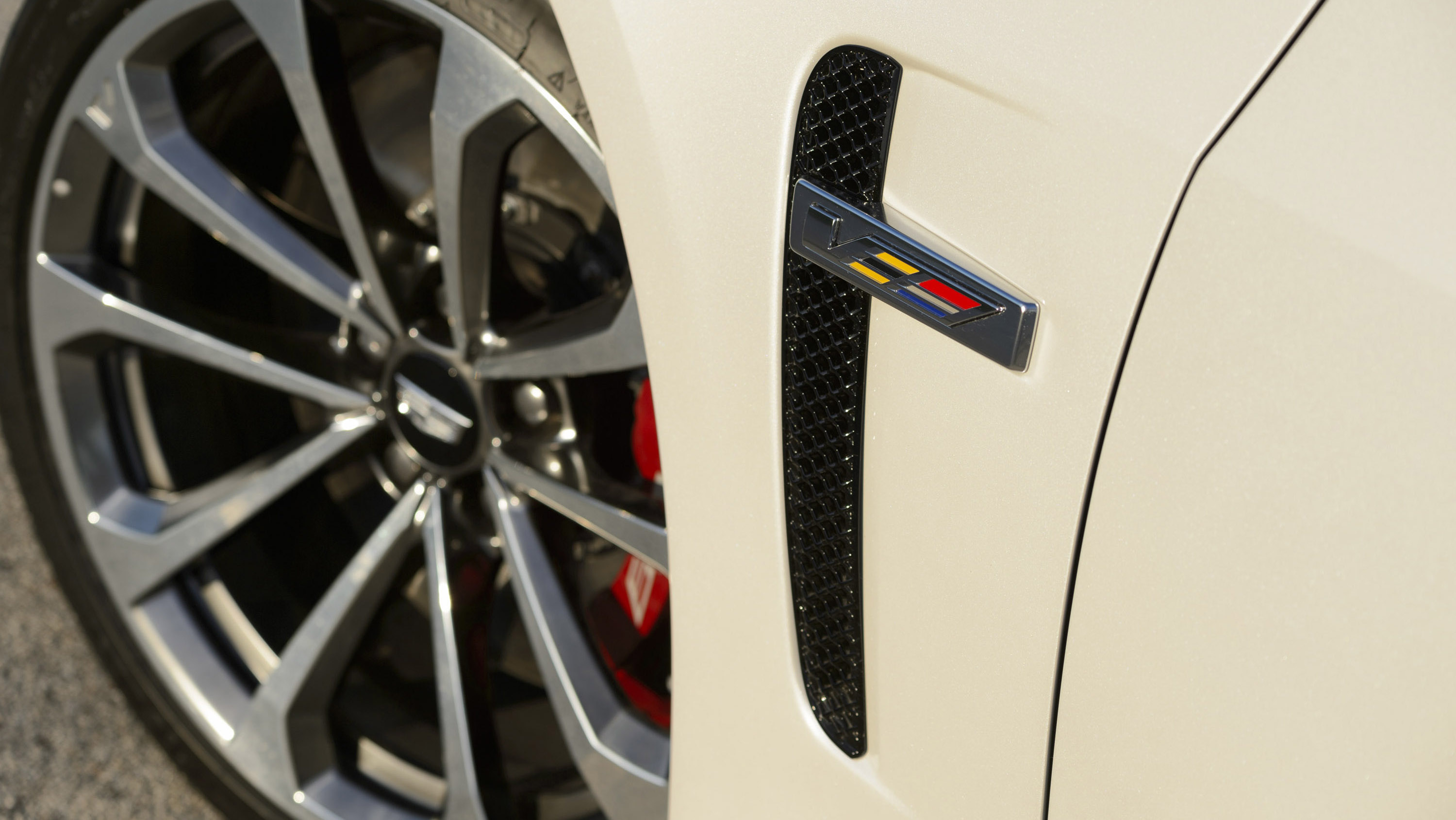 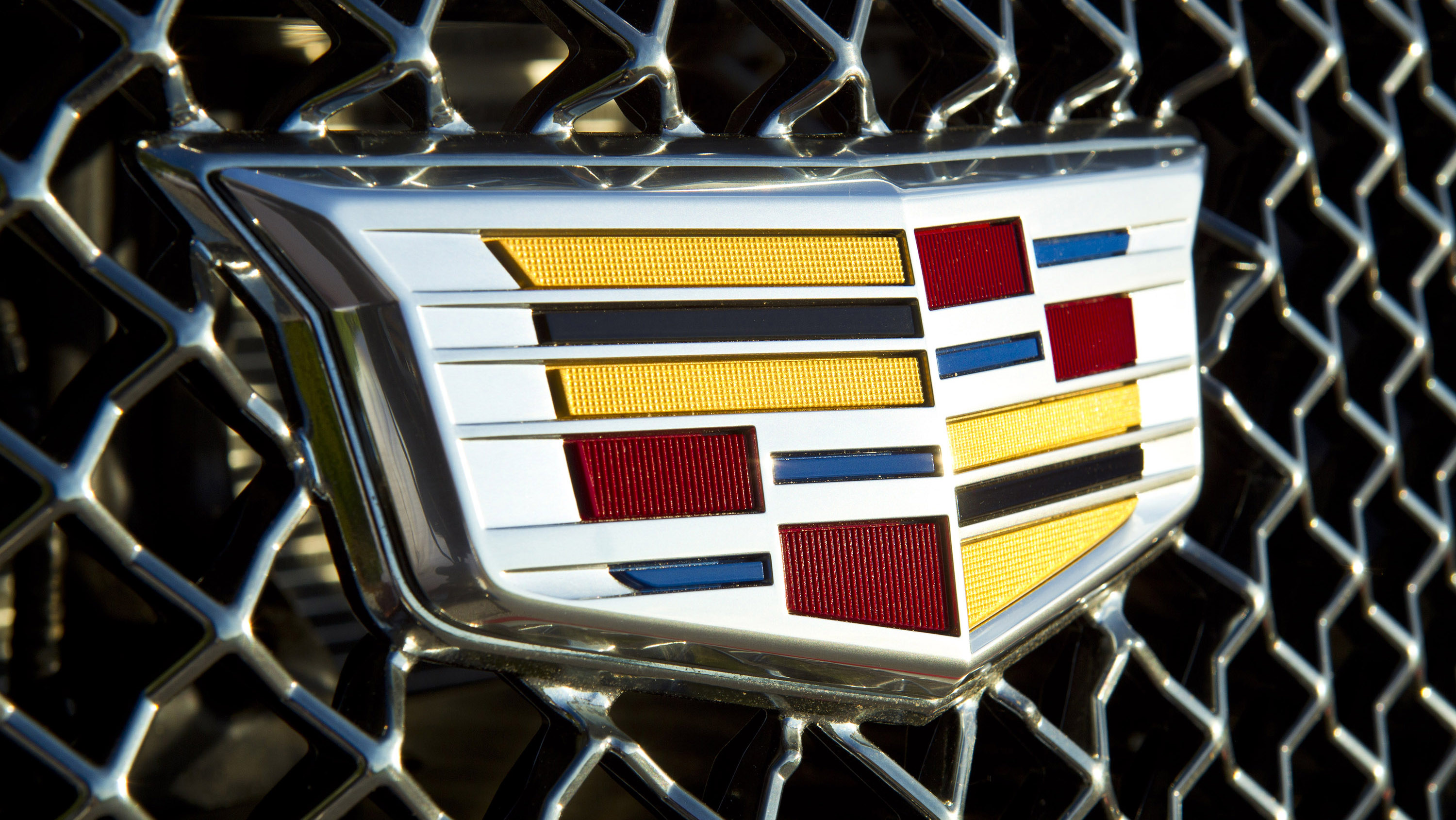 
Handling is quick and wieldy with good steering precision, the active damping mopping up kerbs and bumps on track and allowing you to focus on the best possible line. On first impressions it feels more than good enough to beat the competition cleanly.

But under braking, after a couple of laps of Road America, hauling the car down from 150mph+ to 70mph in places, the bi-compound Michelin Pilot Super Sport, which were so good on the ATS-V, started going off and the brake pedal began to get a bit too close for comfort to the firewall.

The extra tyre movement and brake travel are what you should expect when you try and put 640bhp through the rear tyres on a track on a hot day. But we’ve all become so used to – spoilt really – carbon ceramics that it was a slight surprise.

You’d never, ever encounter similar behaviour on the road unless you went utterly and illegally mad. So nothing to worry about, just to note.

This new CTS-V has not just leveled its offer with the competition, it’s surpassed it in several areas. It’s lost none of the base CTS’s lightness of touch and precision and added a thick layer of performance that pushes the platform, brakes and tyres to the very edge of their capabilities.

Rather than that being a problem, it’s actually part of the fun of this car – you can use every single bit of performance it has on offer. And then once you’ve done that, it’s got all the comfort and four-door convenience you’d want to cruise through everyday life.

So the only thing that might stop you is the looks or the brand. The first, to our eyes, has been improved and modernised well. The second depends on why you drive a car – for yourself or other people. The socially acceptable default choice is German-made. But, if you’re honest, the best car for you now might just be an American one.
Advertisement - Page continues below