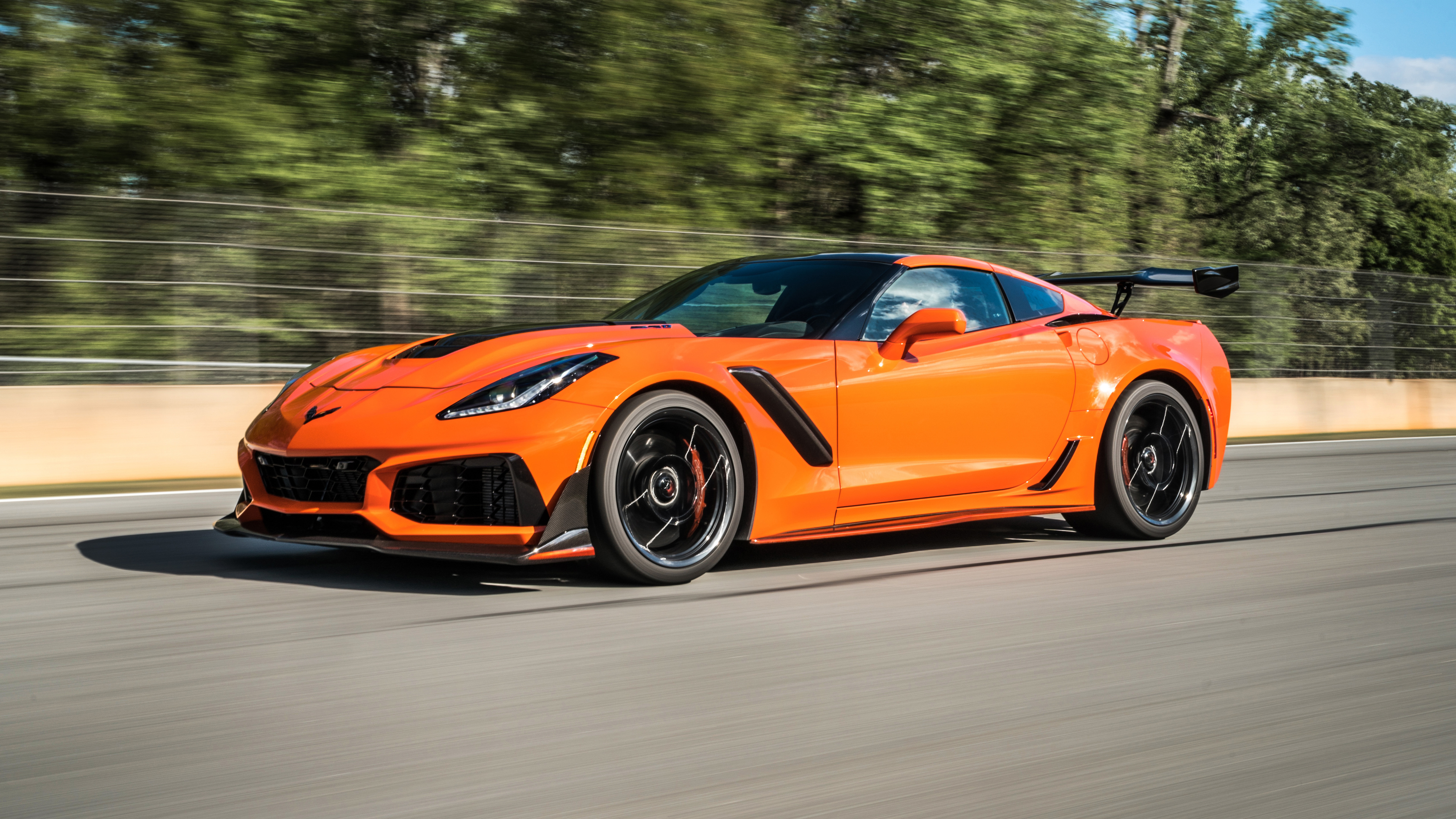 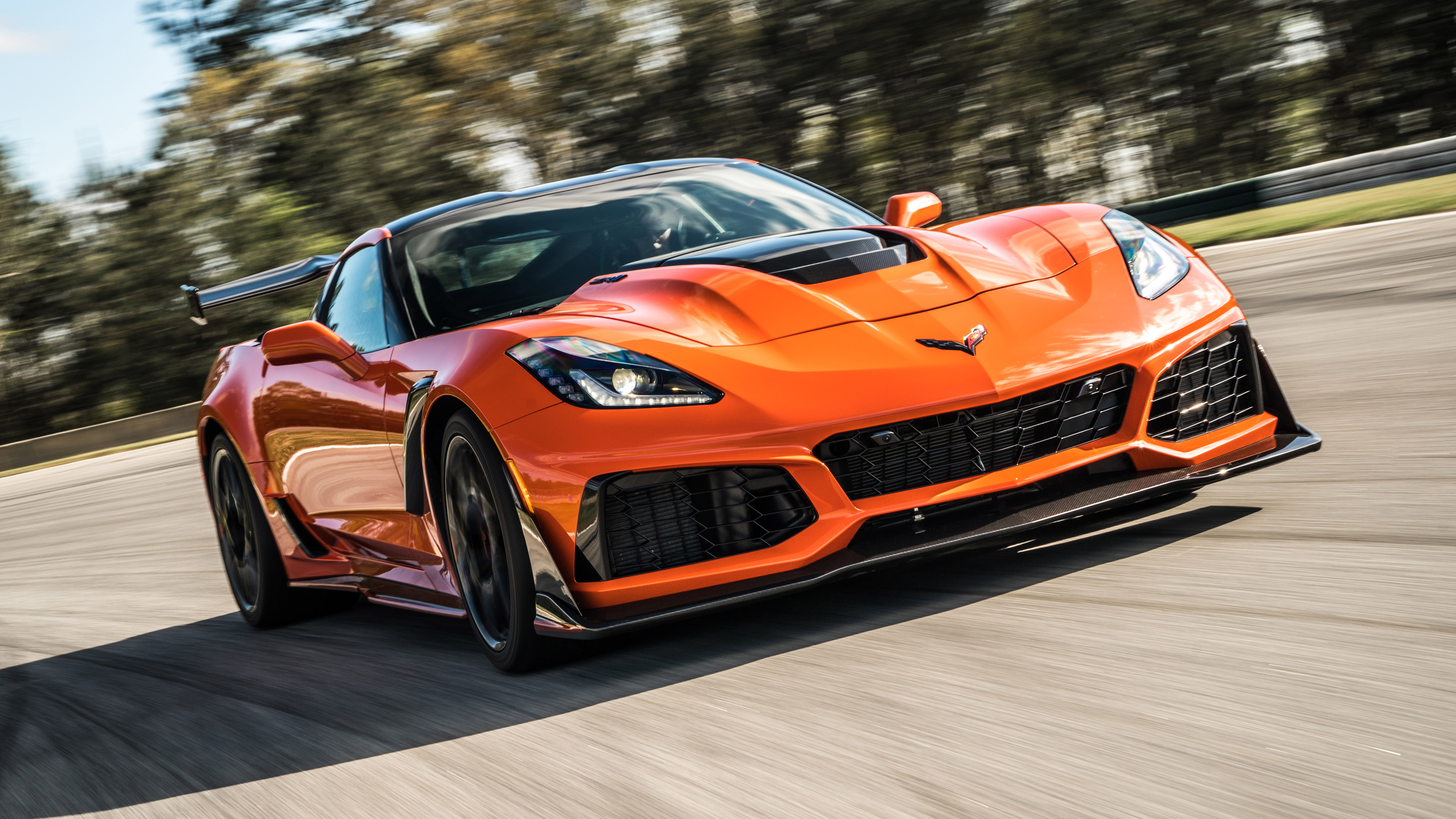 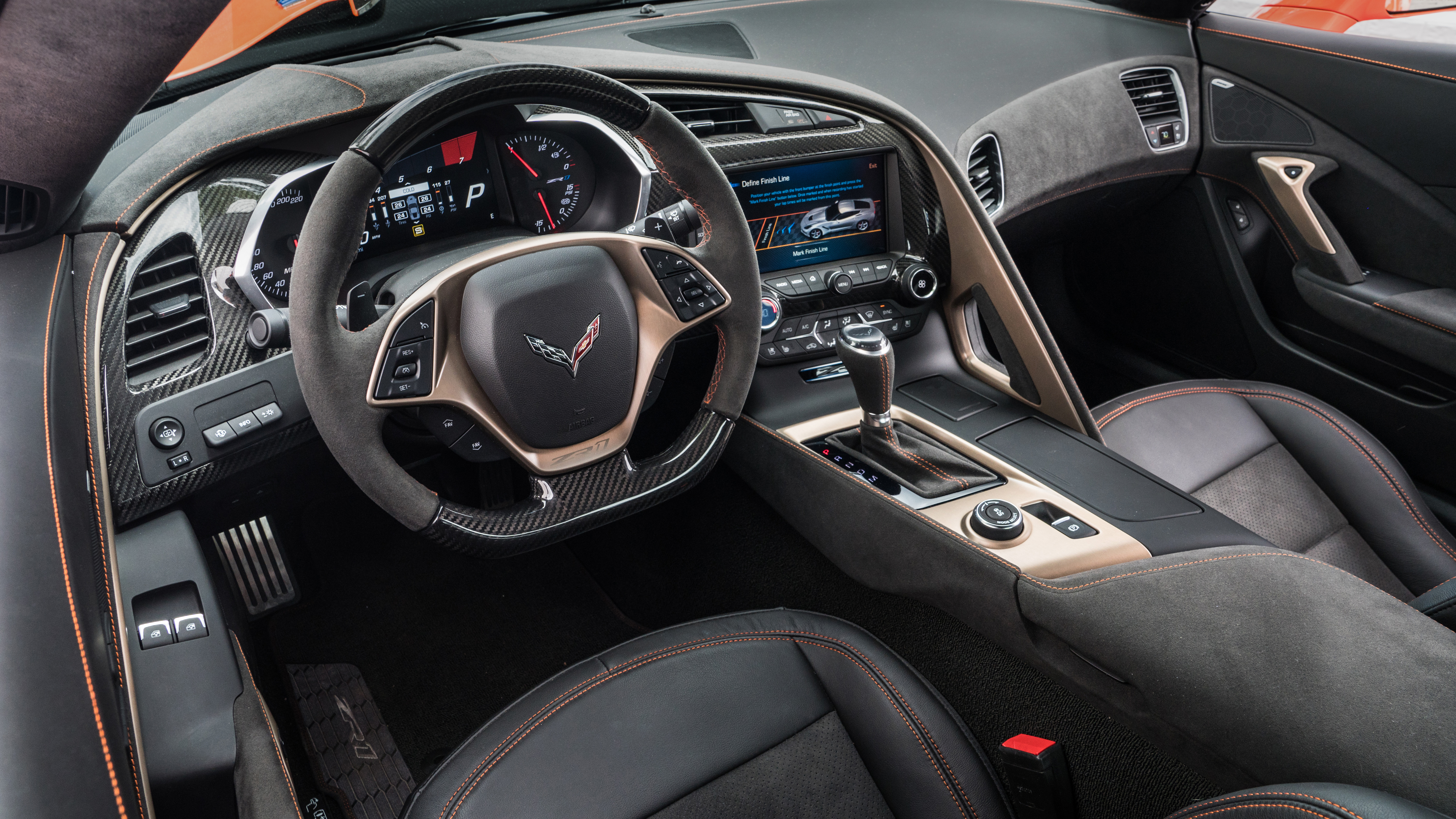 It is. Very fast. This is the C7 Chevrolet Corvette ZR1, to give it its full name. And just like all of the three ZR1s that have preceded it, this car is the ultimate ‘Vette in the range. The fastest, nastiest version you can buy. In a range that already offers you more than 450bhp and 200mph from the base car, the ZR1 is not just a bit quicker. It’s a disappearing speck in the distance.

Does the ZR1 have an internal nickname?

Oh yes. GM’s top product exec, Mark Reuss, who famously – and unexpectedly – christened the more lowly Z06 version ‘The Big Nasty’ when that car debuted has branded the ZR1 as ‘Fury’.  Not because of its violent anger, which the car has in spades, but because of, Reuss says, the way the ZR1 infers ‘a spirit of punishment on the competition’.

Talking of which, what is the competition for the ZR1?

But I bet it doesn’t handle like a McLaren...

You might lose your money with talk like that. The ZR1 is categorically not just a straight-line missile. Proof? When the Chevy development team took a ZR1 mule to Virginia International Raceway to do an endurance test on a final part (the initial spec exhaust x-pipe couldn’t handle the ZR1’s extra power and, yes, fury) they broke the lap record set by the Ford GT, possibly the best handling car on sale today, by more than a second...

What’s behind all this extra performance?

The key difference is the new LT5 V8 engine. Apart from being an altogether physically bigger unit in every direction compared with the Z06’s relatively dainty LT4, it also features twin fuel injectors and a 50 per cent bigger supercharger. When you look at its power curve compared with the Z06, it’s pretty similar up to 4,000rpm, but then the ZR1’s secondary injectors cut in and its power trace Saturn 5s all the way to the summit at 6,400rpm. It makes 105bhp and 65lb ft more than the Z06. And, perhaps more importantly, it emits large, blue flames from the exhausts when on full throttle.

What has Chevy done to tame all this extra power?

The company has given the ZR1 two levels of aero package. Both feature a C7R racecar upside down wing at the front instead of a belly pan. But the optional more aggressive ZTK aero package also buys you a huge, adjustable rear wing. This adds around 430kg of downforce across the car at its top speed. While that’s less than half of the Viper ACR-X, if you have even half an idea of taking your ZR1 to the track, you need to have this. 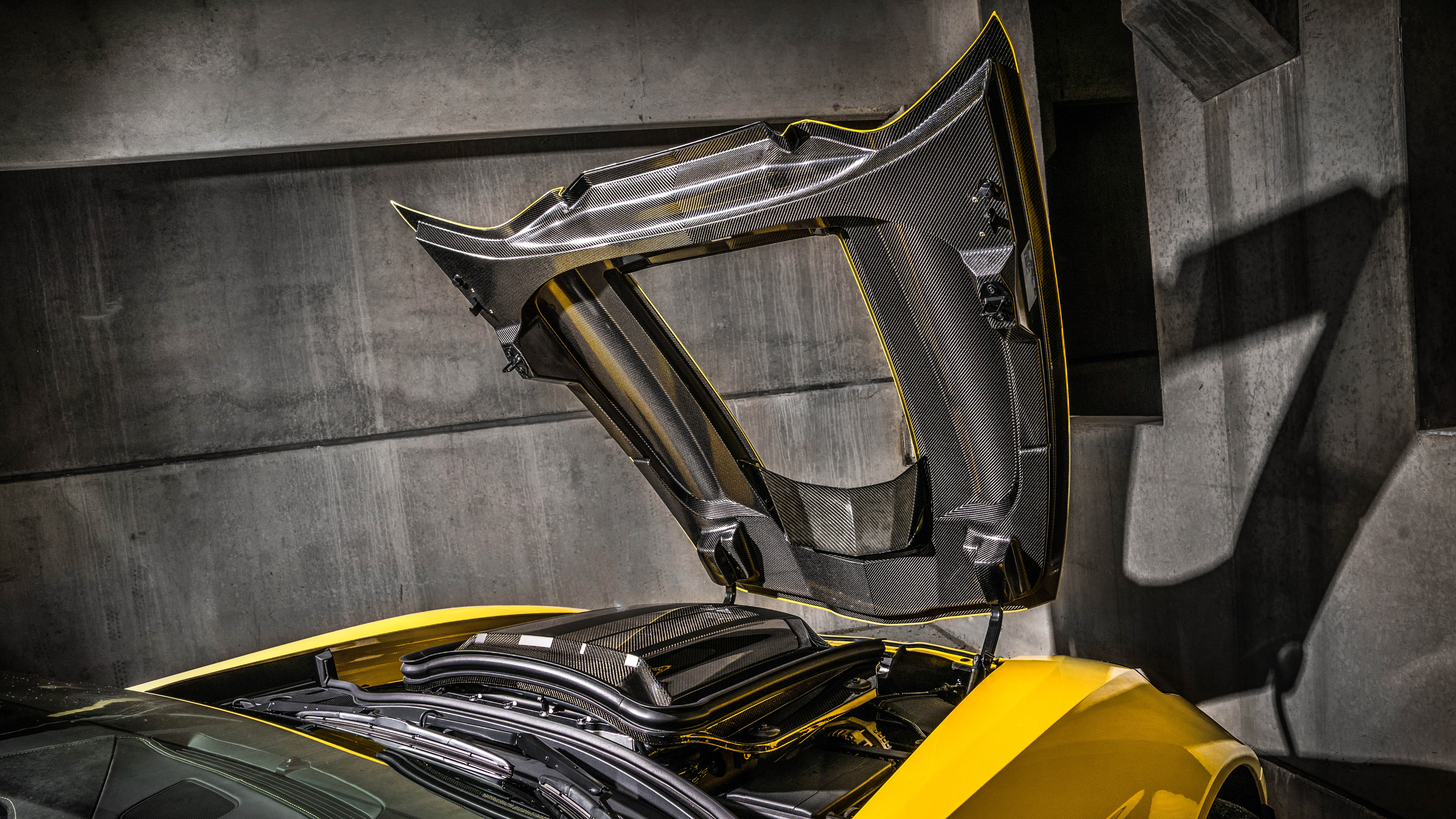 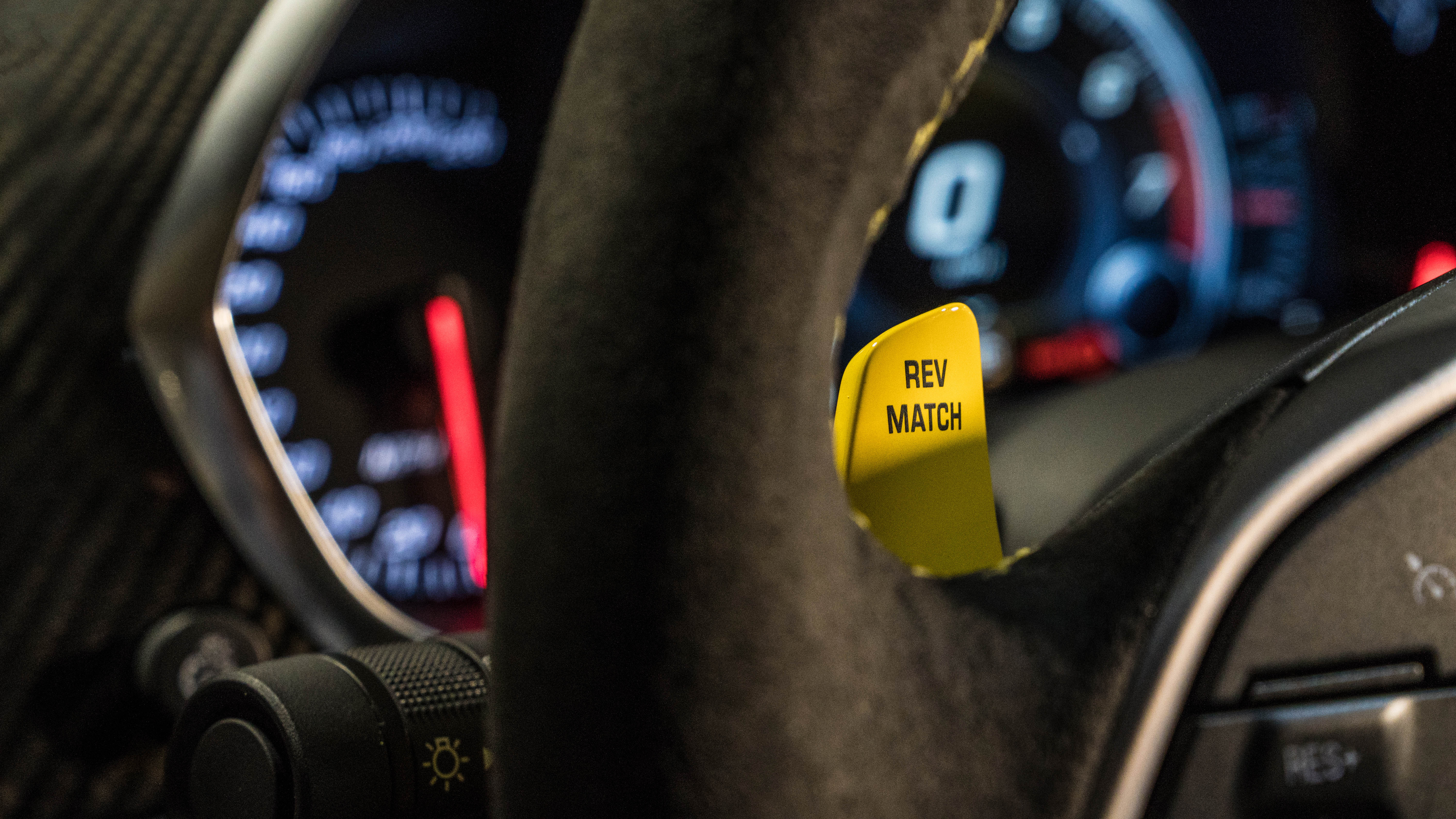 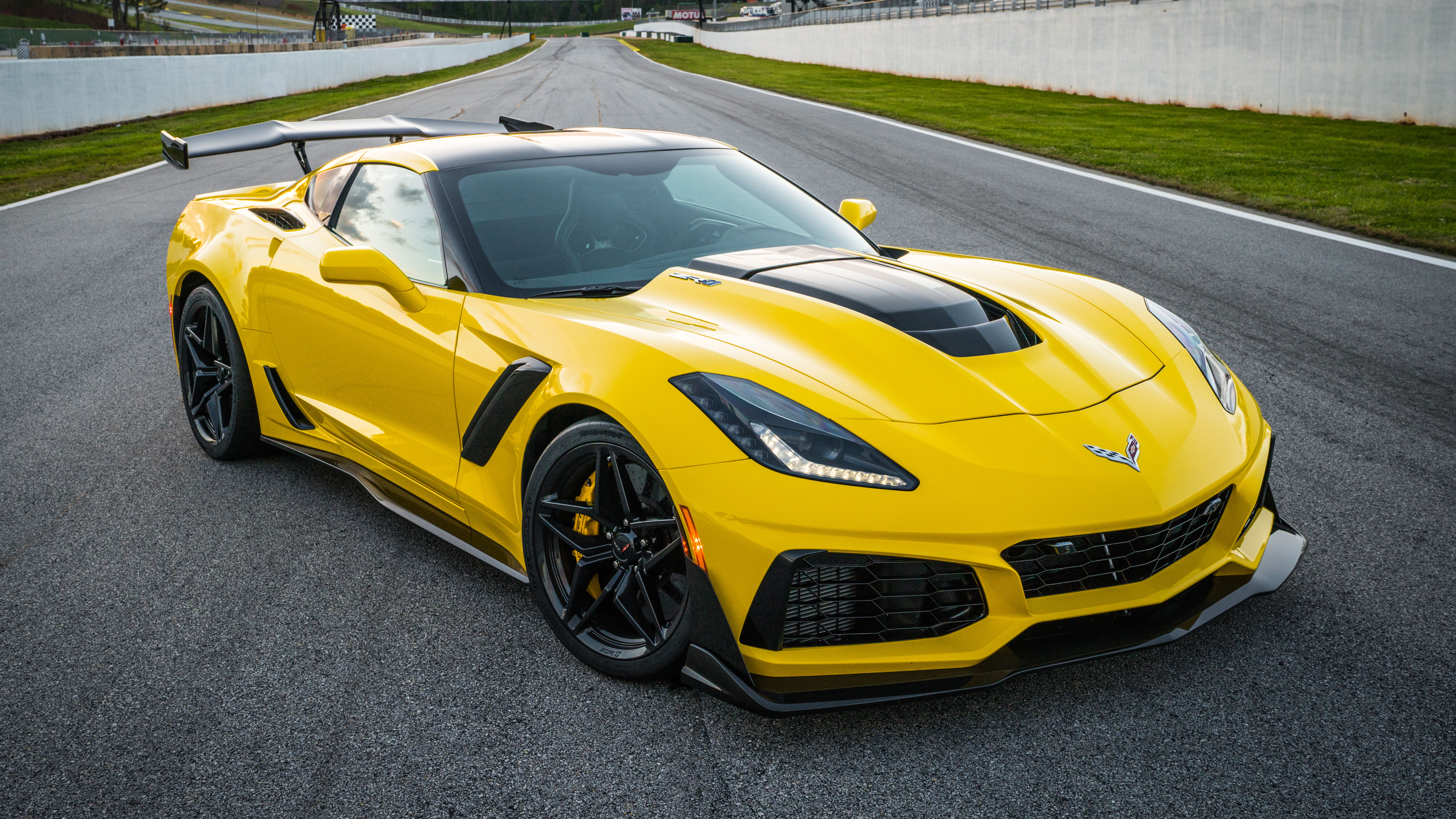 Why, is it a bit unstable on the track?

The ZR1 is a bit like a fighter jet. It is near impossible to get the most from it unless you have the tech working with you. It is absolutely not a ‘turn everything off and let’s see if we can go faster’ car. Even GM’s test drivers will tell you the car is faster with the Performance Traction Management system engaged than with it all the way off. Argue with them at your peril.

And, have to ask, what about the engine temp issues at the track?

No sign of any issues at all with the LT5. Chevy says they have run the ZR1 for very long periods in ambient temps as high as 100degF/38degC with no heat issues. After the Z06 situation, where they simply overheated and stopped – or worse – in high temp running, Chevy has gone overboard with the ZR1, with its 13 radiators, to make sure that problem doesn’t reoccur.  During our four/five lap, 7/10ths track test sessions at Road Atlanta in 25degC heat, we didn’t see or feel any glitches.

On the road it feels like a regular C7 Corvette. Comfortable, flexible, easy to drive. The vast, linear torque curve allows you to surf along on a whiff of throttle in both the manual and automatic. There’s even an exhaust stealth mode, so you can shut down the noise to a point where the loudest thing you can hear is the ticking of the fuel injectors. And there’s an ocean of luggage space under that rear hatch. So you could easily drive it everyday without really knowing what it can do.

But take it to the track, dial in one of the track modes, wait until the tyre monitor tells you the Michelin Cup 2s are up to temp and you will then be sitting in one of the fastest thrill ride bargains of our time. After one sighting lap of Road Atlanta, the ZR1 was so much faster than the pro-driven Z06 lead cars, I had to back off a couple of times per lap or I’d have gone into the back of it. That’s not my skill, it’s the rabid way the ZR1 accelerates.

And brakes, too. The almost joke-sized carbon discs are now clenched by some reworked fade-free pads and calipers that would almost put you through the windscreen if you weren’t strapped in. They can haul the ZR1 to a full stop from its 212mph top speed in a smidge over eight seconds. Even if your stomach will be half a mile behind as it does so. If you are a late braker, the ZR1 is your best friend.

It’s these two areas of the car – the engine and brakes – that really stand out on the ZR1. The handling is much the same as per the rest of the C7 range, only more so. It moves around quite a lot, especially at the rear when the tyres get hot, but is fine as long as you’re smooth and don’t get too overly ambitious or do anything stupid, like turn off the PTM. The eight-speed automatic is definitely the faster car around a lap – it punches out of slower corners faster. But the manual, with its uprated revmatching system, is perhaps the more fun to drive.

If you live in Europe, you can’t. All that aero work has rendered the car unsellable here as it doesn’t meet the new ped-pro legal requirements. So it’s a US-only pleasure. But if you live stateside and want the ultimate expression of what the current C7 chassis can do, this is it. There will not be a faster, better handling version of this model. The next Corvette after this one is going to be the mid-engined C8.

The first C7 shocked us with how improved it was over the C6. And, even though no one at GM is saying anything yet, we should expect a similar leap when the C8 debuts at next year’s Detroit show, and goes on sale towards the end of 2019. But for now, we should pause for a moment and recognise that America’s best supercar for now is the furious Corvette ZR1.