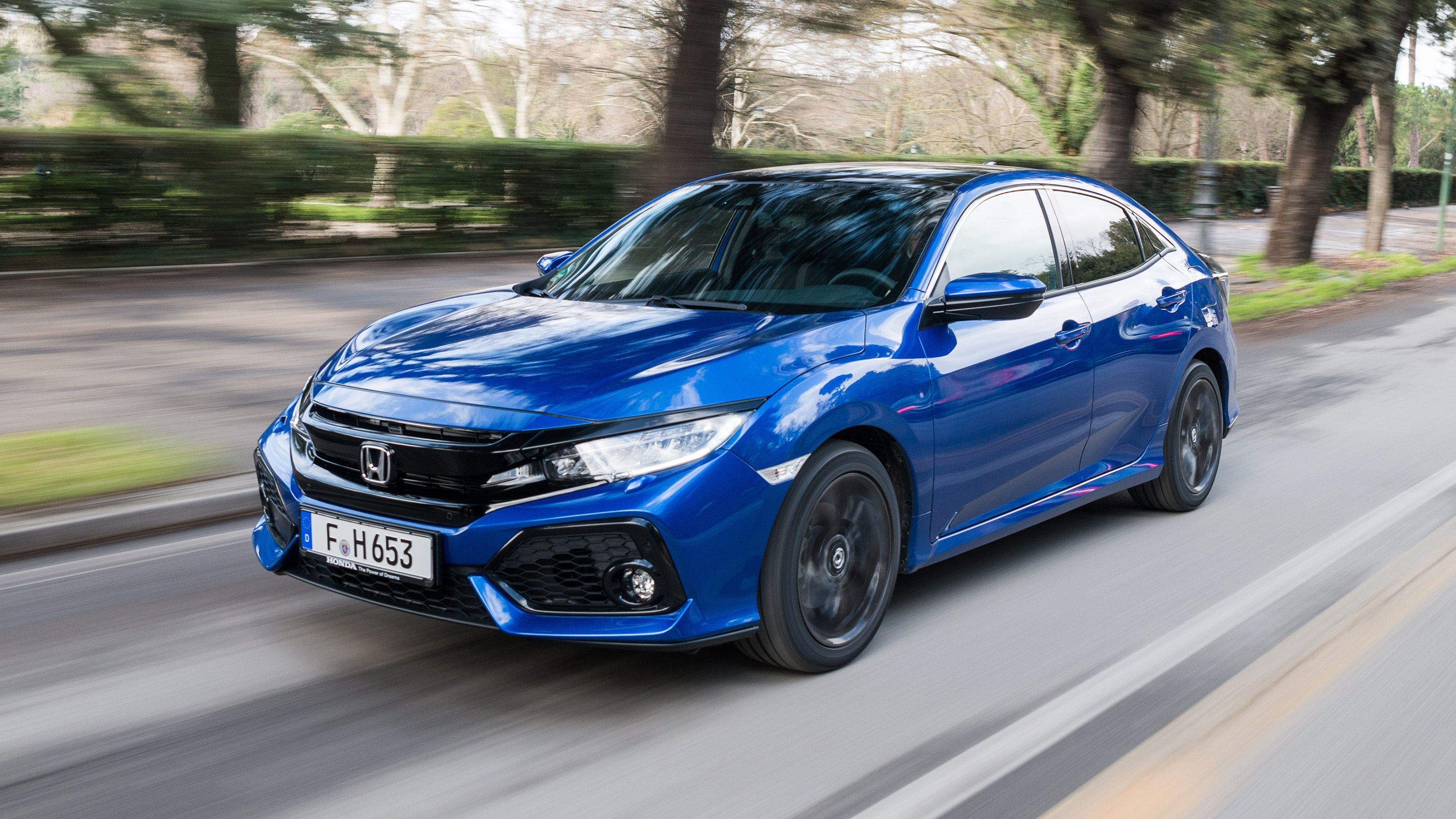 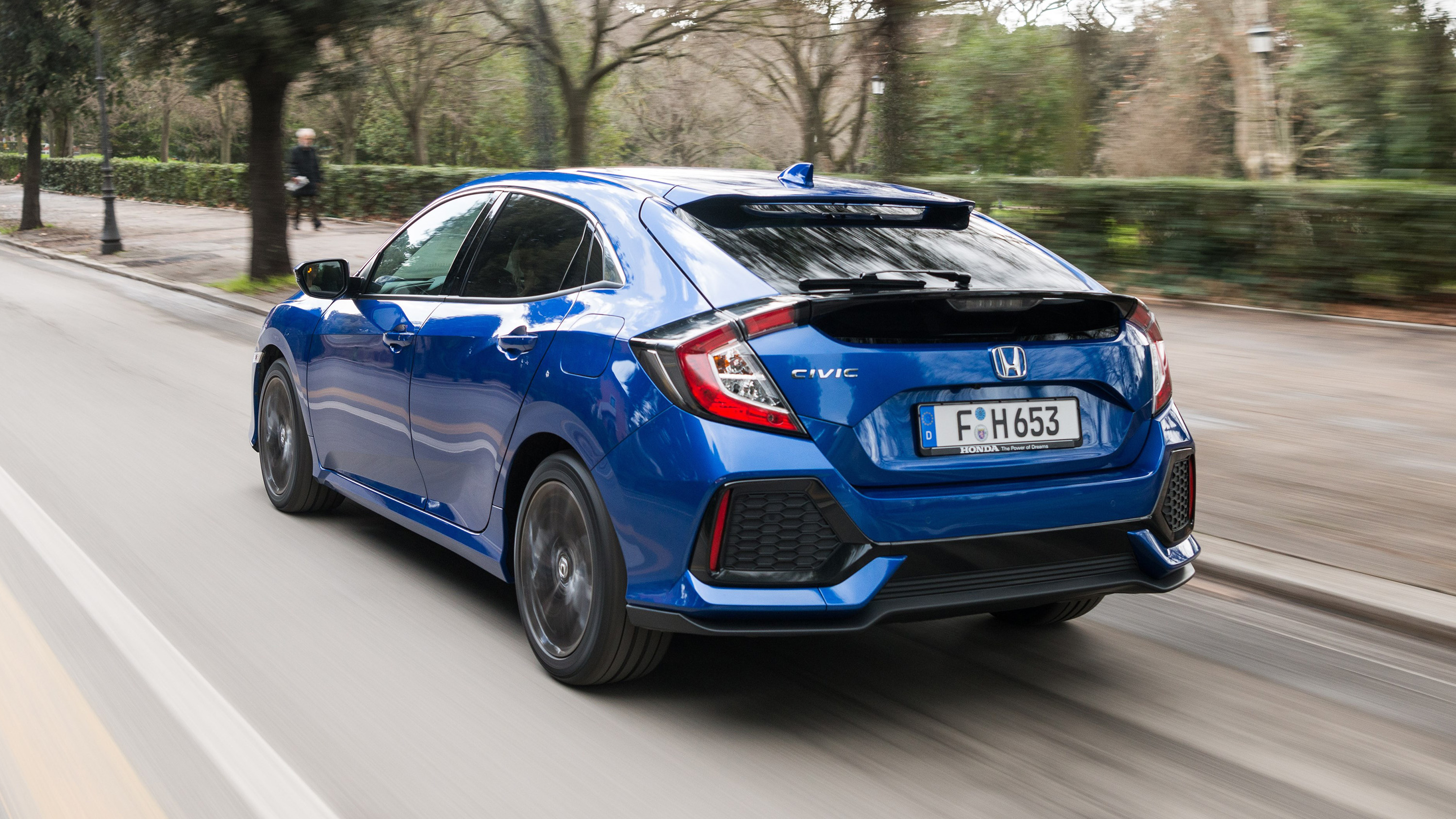 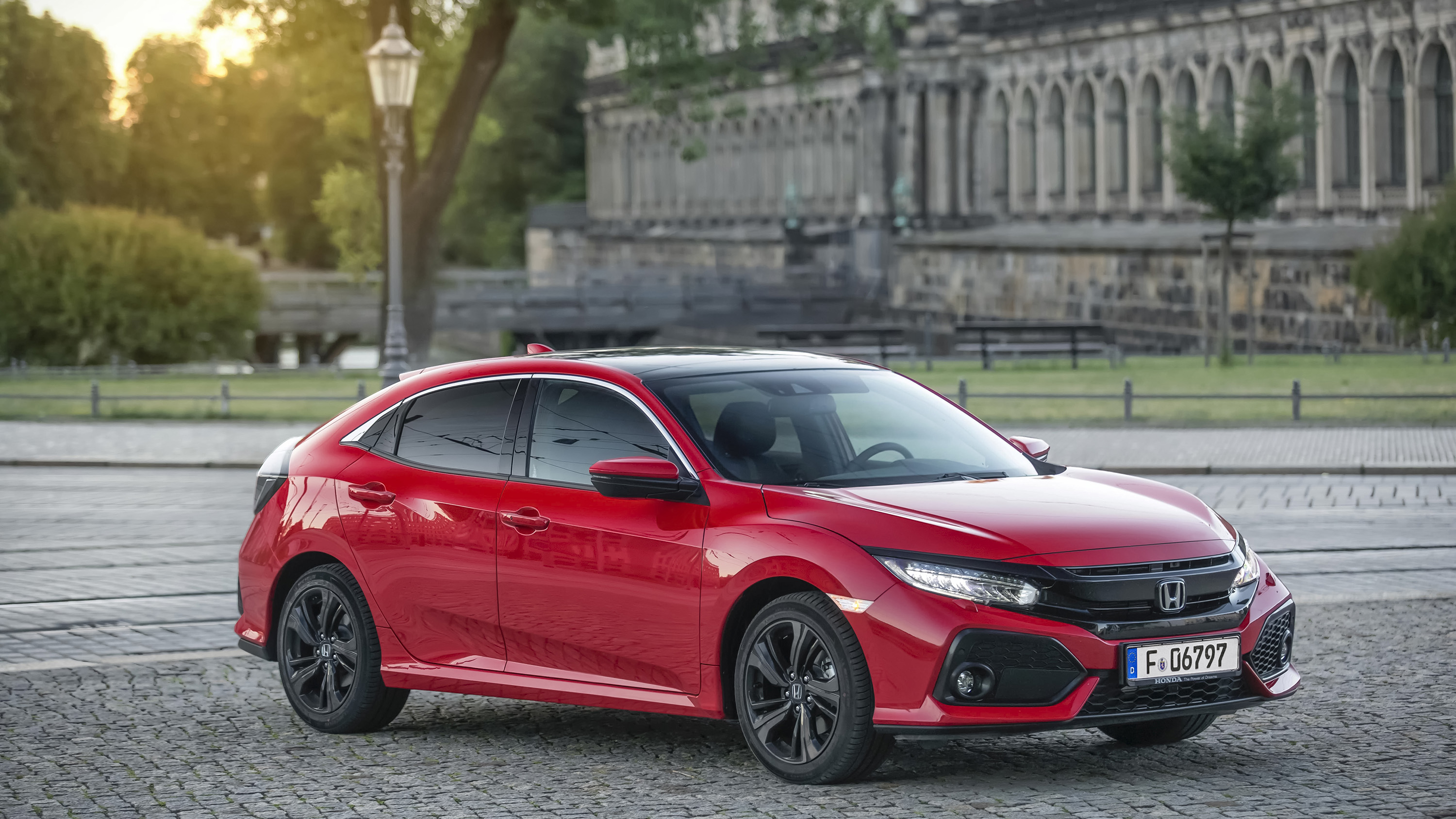 Which Honda Civic is this?

It’s the new Civic diesel. Lucky you, eh, stumbling upon one of the most exciting pages currently on the internet... If you’re unduly worried, here’s a Civic Type R going absurdly quickly around the Nürburgring.

This is a very relevant car if you’re shopping for something easy going and sensible, though, which presumably the vast majority of car purchases are designed to be. Honda expects around a third of Civic purchases to be diesels, so the fuel still accounts for a good portion of sales.

The Civic uses a 1.6-litre four-cylinder turbodiesel, producing a very modest 120bhp, but a far chunkier 221lb ft of torque. Developed at just 2,000rpm, the latter gives the Civic plenty of vigour at low speed, making the relatively small power figure less of a worry.

Its 0-62mph time is a clean 10secs, its top speed 125mph but – more importantly – its claimed fuel economy is 80.7mpg and its CO2 emissions 93g/km. So taxing it will be easy and refuelling it should be infrequent. Neither attribute is sexy, but both are desirable when you’re buying a family hatchback like this.

The newspaper scaremongering certainly suggests so, and numerous cities seem to be perpetually on the verge of banning diesel cars. Some are doubling or trebling the cost of parking one in the realms. But the modern bunch of diesel cars have cleaned up their act a bit, and you can be sure Honda won’t be launching a car they know is on the verge of being outlawed.

Mind, diesels used to account for nearly half of Civic sales, but you can probably attribute much of the drop in demand to how much cleverer the Civic’s petrol options are these days; you’ve a choice of two turbocharged units with running costs far lower than the naturally aspirated units they replaced.

So how does the diesel compete?

With an aura of calm. The Civic’s ride quality is worlds apart from its forebear, and this is now a very comfy car even on the pothole-marked roads of winter-scarred Britain. The diesel makes you more appreciative of this because of the way it makes you drive.

See, like any small-capacity diesel engine, this one is reasonably vocal in the upper reaches of its rev range, the result being a car that doesn’t encourage particularly yobbish use of the throttle. So you change gear below 2,500rpm, where the engine is barely audible, and your heart rate lowers as you settle into mooching around, making use of the low-down muscle that torque brings.

But isn’t the Civic quite sporty these days?

Well, there’s a lot of shared componentry and thinking between the ‘normal’ Civic and the angry, 316bhp Type R hot hatch. So if you knuckle down and drive more quickly, it really shines, with taut handling and one of the greatest manual gearchanges in a mainstream car. Oh, and the driving position has clearly been honed by enthusiasts, too.

But that’s an experience best enjoyed with the Civic’s petrol engines. What the diesel does is prove the Civic can do effortlessness, too. The calm it encourages – twinned with the potential for tiny running costs – make the Civic relevant to an entirely different person to the 182bhp 1.5 petrol. Or the Type R.

How much does the Civic diesel cost?

Prices start at £20,220, making it around £1,300 more than the 129bhp 1.0 petrol, but with its claimed fuel economy over 20mpg greater. It’s as practical as any other Civic, with cubbyholes in ingenious places that Honda’s rivals miss, though sadly no ‘magic seats’ like its predecessor. They’ve made way for the fuel tank, whose relocation beneath the rear chairs has enabled the better driving position up front, so it’s not all bad news.

If the talk of sensible cubbyholes is a turn-off, then this diesel Civic definitely isn’t for you. But if peak sensibleness is your aim, and a high-mpg hatch is what you’re after, it’s well worth giving this one a try. It’s not in the least bit exciting, but that’s rather the point of it. Honda can clearly do excitement when it wants to…