Read why you can trust our independent reviews
Jason Barlow
Published: 13 Feb 2017
comments
Skip 9 photos in the image carousel and continue reading 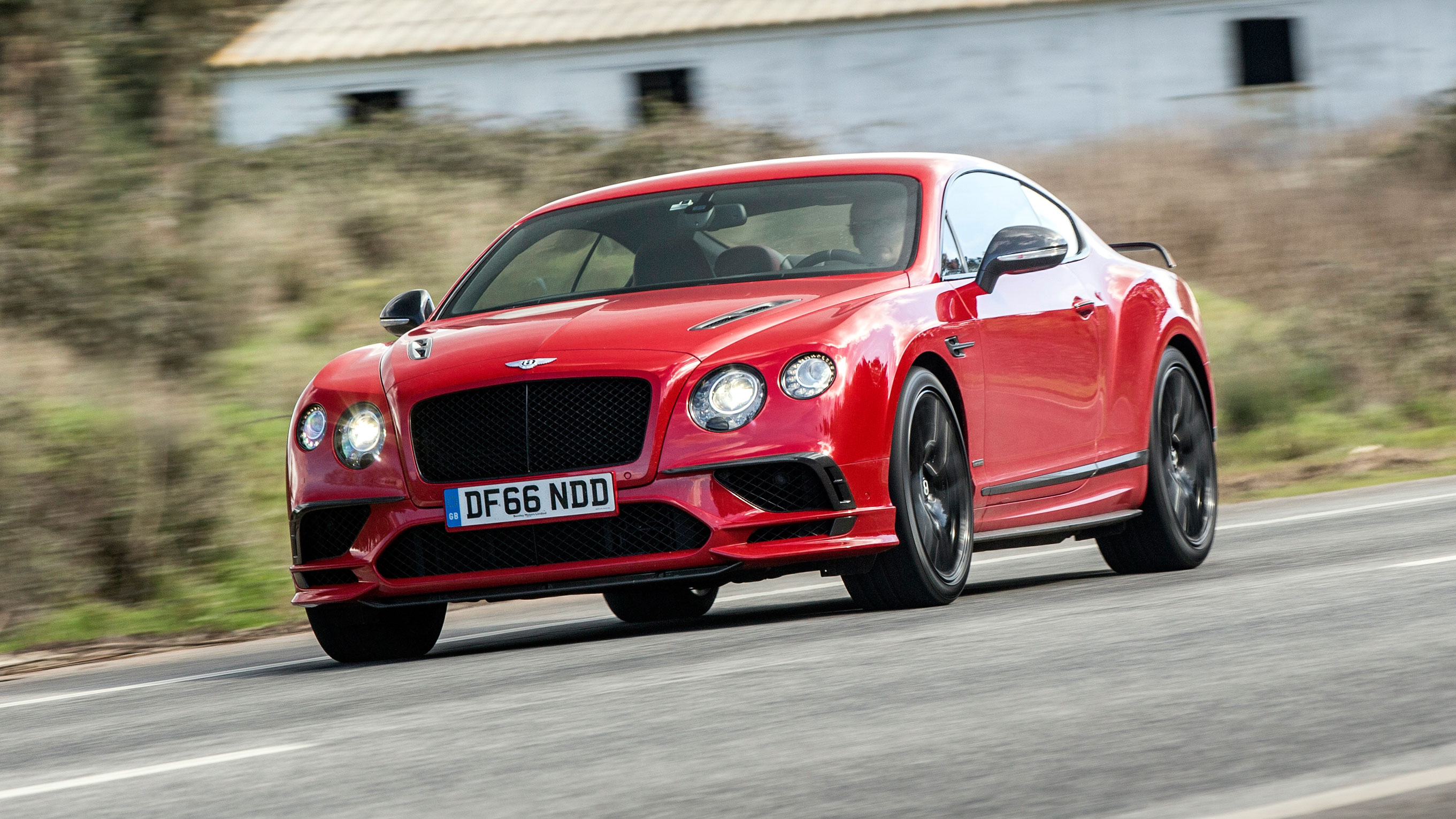 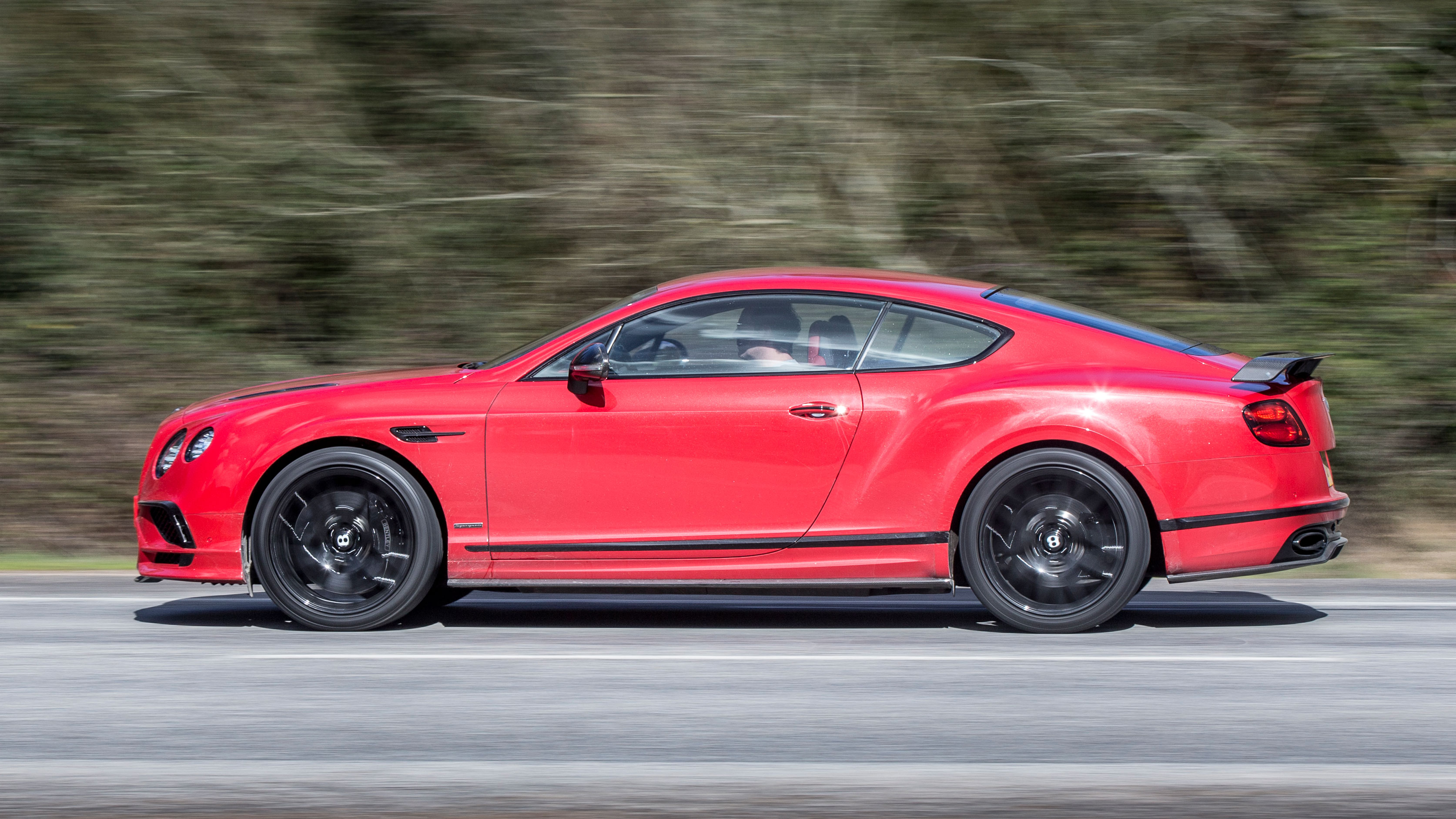 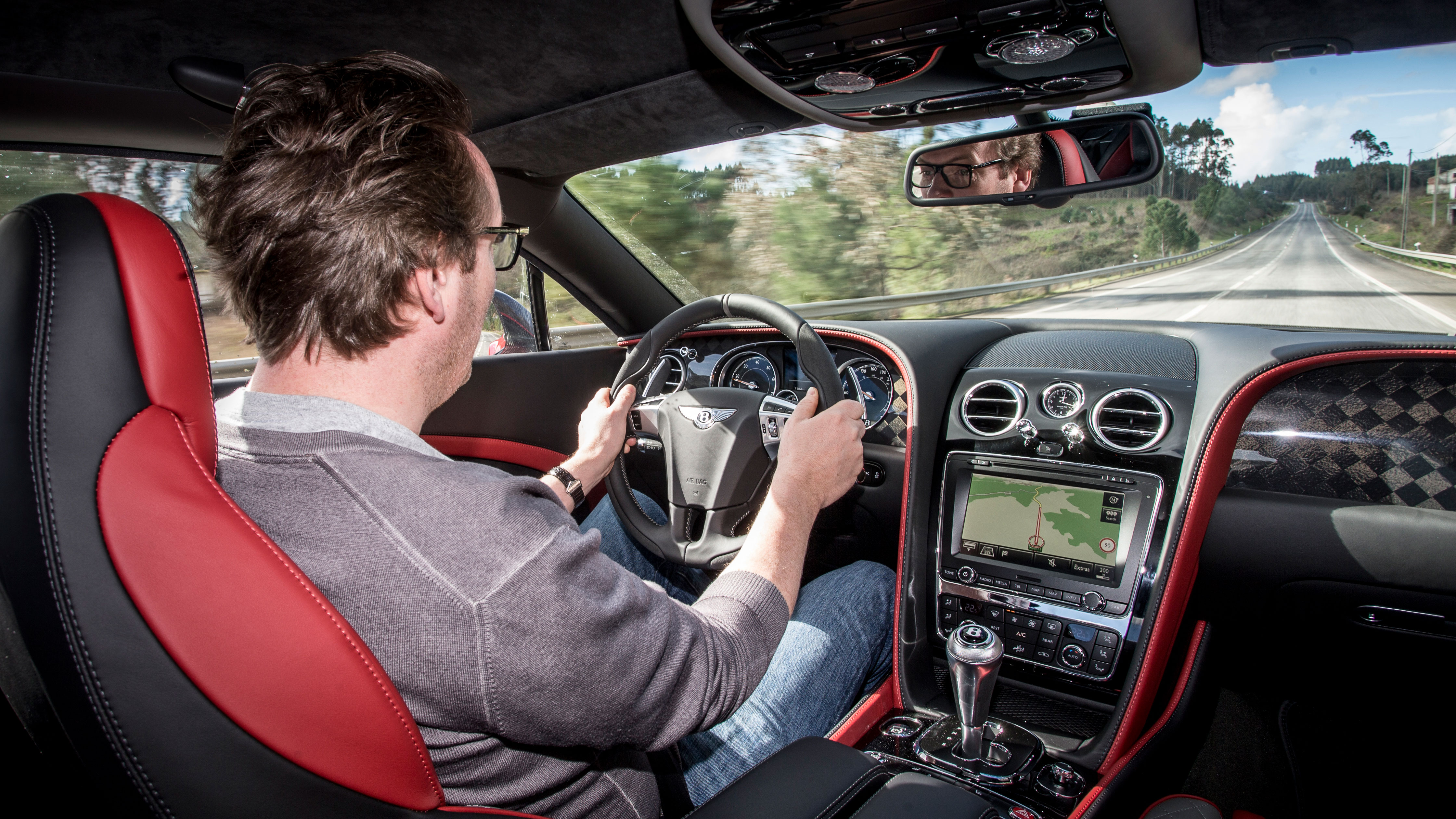 Continental Supersports. That sounds like something rich people might do after a day on the slopes of St Moritz.

Despite your flippancy, you’re not as far off as you might think. At least they’d stand a fighting chance of getting there thanks to the Continental’s all-wheel drive. The Supersports nomenclature is an emotive one for Bentley, and this is the first time it’s graced the rump of one of its cars since 2009. Back then, it was effectively the final iteration of the first generation Continental, and its 621bhp, 204mph top speed and 590 torques made it the fastest Bentley in the company’s history. The first Supersports, coincidentally, dates back to 1925, when its 85bhp and 100mph potential were the stuff of fantasy, even for the opiated Roaring Twenties.

Well, no-one at Bentley would use a phrase as gauche as ‘run-out’ special, but an all-new Continental is due this autumn, so the return of the Supersports badge is a stout last huzzah and hurrah for the company’s imperious coupe. It’s also the new fastest and most powerful Bentley ever, and will be limited to 710 units: coincidentally, this is its power output in PS (that’s 700bhp in Brexit Britain terminology). Visual differences run to gloss-black bonnet vents, new front and rear bumpers with carbon fibre splitter and diffuser, a rifled exhaust tail-pipe, and a rear spoiler (though not on the convertible). Even more arresting is the torque figure –  750lb ft from 2,050rpm – while the torque curve itself isn’t a curve at all so much as a mountain peak and plateau. Compared to its immediate predecessor, the new Supersports has an extra 79bhp and 160 torques, which translates to zero to 60mph in 3.4 seconds, 0-100mph in 7.4, and a top speed of 209mph. Given that it weighs 2,280kg (40 less than the GT Speed), these are strong numbers.

Couldn’t they have sent it to Fatfighters?

Being charitable, a certain heft is a key part of the Bentley experience. Nothing else in motordom has doors like a Continental, for example, and they feel every gramme of the 54kg they weigh individually. The ’09 car also junked the rear seats, which this one, disappointingly in our view, doesn’t (customer feedback, apparently). Less charitably, getting weight out of a car is hellishly difficult and extremely expensive, compared to the modifications Bentley’s engineers have made to the 6.0-litre W12 engine. New main and conrod bearings reduce internal friction, and a whole set of software tweaks to fuelling, ignition and cam timing help in the hunt for more grunt. As well as overhauling the car’s intake system, the exhaust has also been redesigned, and in Sport mode it emits a splenetic crackling cackle.

What sort of noise is the driver likely to find themselves making?

Well, that depends. If your idea of high performance involves donning waterproof underpants and blatting up a B-road in a Caterham Seven, then even 700bhp won’t get you past the Bentley’s structural profligacy. Nevertheless, this is a deeply impressive piece of engineering, and despite its name the Supersports will do maximum waft in a way that is all but irresistible. Its ride, even on 21in diamond cut wheels, is terrific, and it’s a peerless companion on the motorway. So to answer your question, whatever frequency smug operates at is the sound the driver will make. Let’s call it vibrationary self-satisfaction.

This is a bit more complicated, but yes, it absolutely does. The Supersports’ mid-range is an awesome place to hang around in, as you’d expect with 750 torques on tap. It’s more of a waterfall than a tap, in fact, although I found myself relying on the flappy paddles – which are mounted a little too high on the steering column – more often than I’d expected while tackling the Portuguese back roads of our test route. The Bentley doesn’t quite vaporise overtaking moves, or hook up corners as though the straight bits simply aren’t there, but it still does a mighty effective demolition job all the same.

So how is it complicated?

There’s only so much even 700bhp and 750 torques can do to mitigate the effects of 2.3 tonnes. You can’t maintain the same sort of momentum through the twisty bits when you’re manhandling that sort of mass, and though the carbon ceramic brakes (420mm upfront, 356mm at the rear) are monumental, they sure need to be. Torque vectoring helps reduce understeer, and unless you are deliberately ham-fisted and cack-footed the back end stays resolutely planted. But it doesn’t dive into or scythe through corners with the same unexpected and brain-wobbling precision as the ’09 Supersports. That car was a revelation; this one is merely very good indeed.

Are you damning it with faint praise?

Nope. The new Continental Supersports is largely magnificent (as well as being largely large). The cars that stick in the mind are the ones that deliver big on the experience front, and this thing is highly seductive. Interestingly, Bentley shifted 1,800 of the previous Supersports model, and even at £212,500 for the coupe (£233,800 for the convertible) it won’t have trouble finding 710 buyers for this iteration. The usual bewildering variety of personalisation options are available, including a duo-tone exterior paint finish, and tri-tone interior. The telematics are, euphemistically, old-school, although Naim’s audio system is powerful and clear enough for the O2. Bentley knows its customers inside out, and last year delivered 11,023 cars to them – a new record. It’s also not shy about getting lairy when it comes to indulging their colour and spec whims. As good as the new Supersports is, personally I reckon it too could have been a bit lairier.