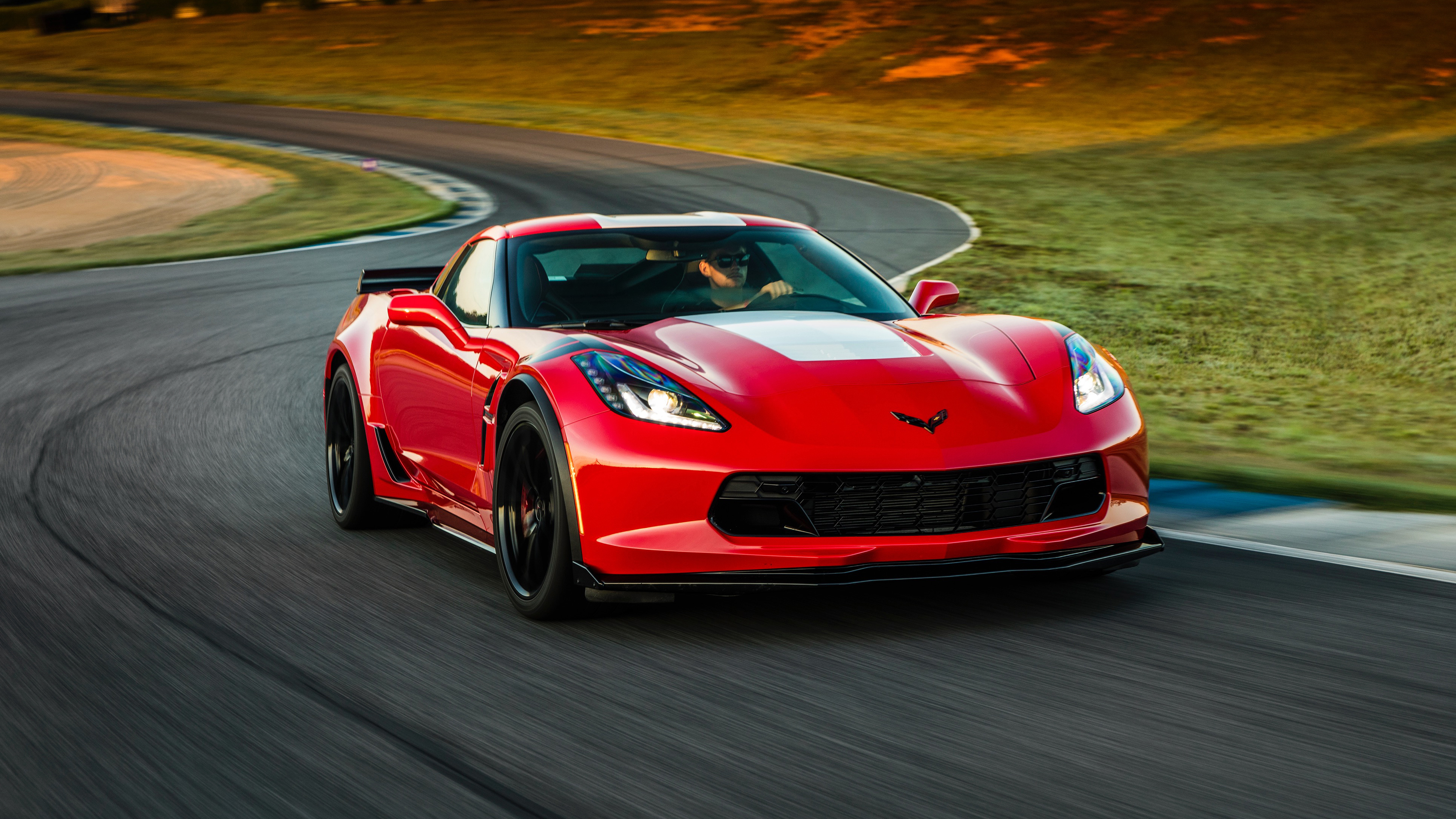 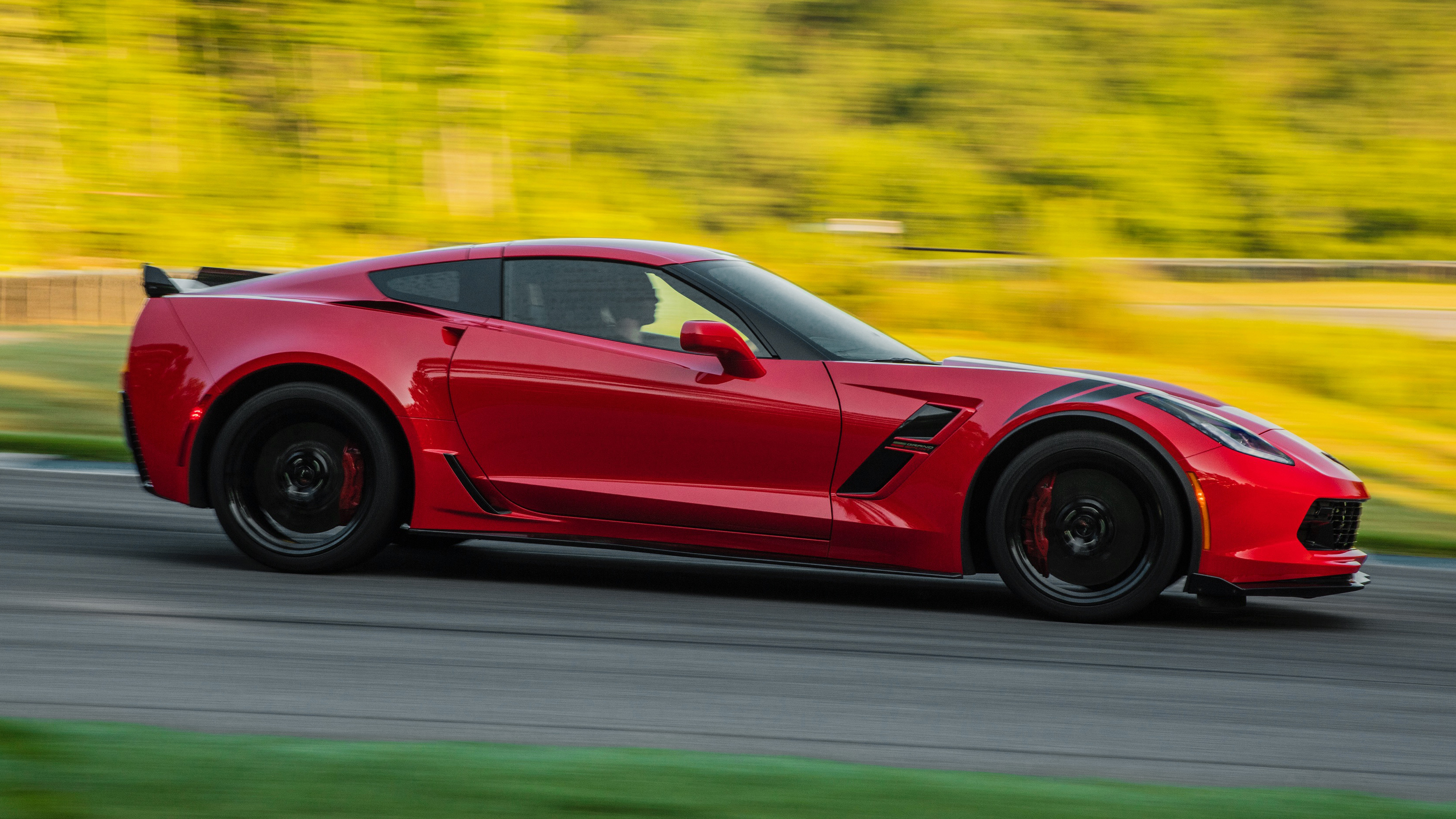 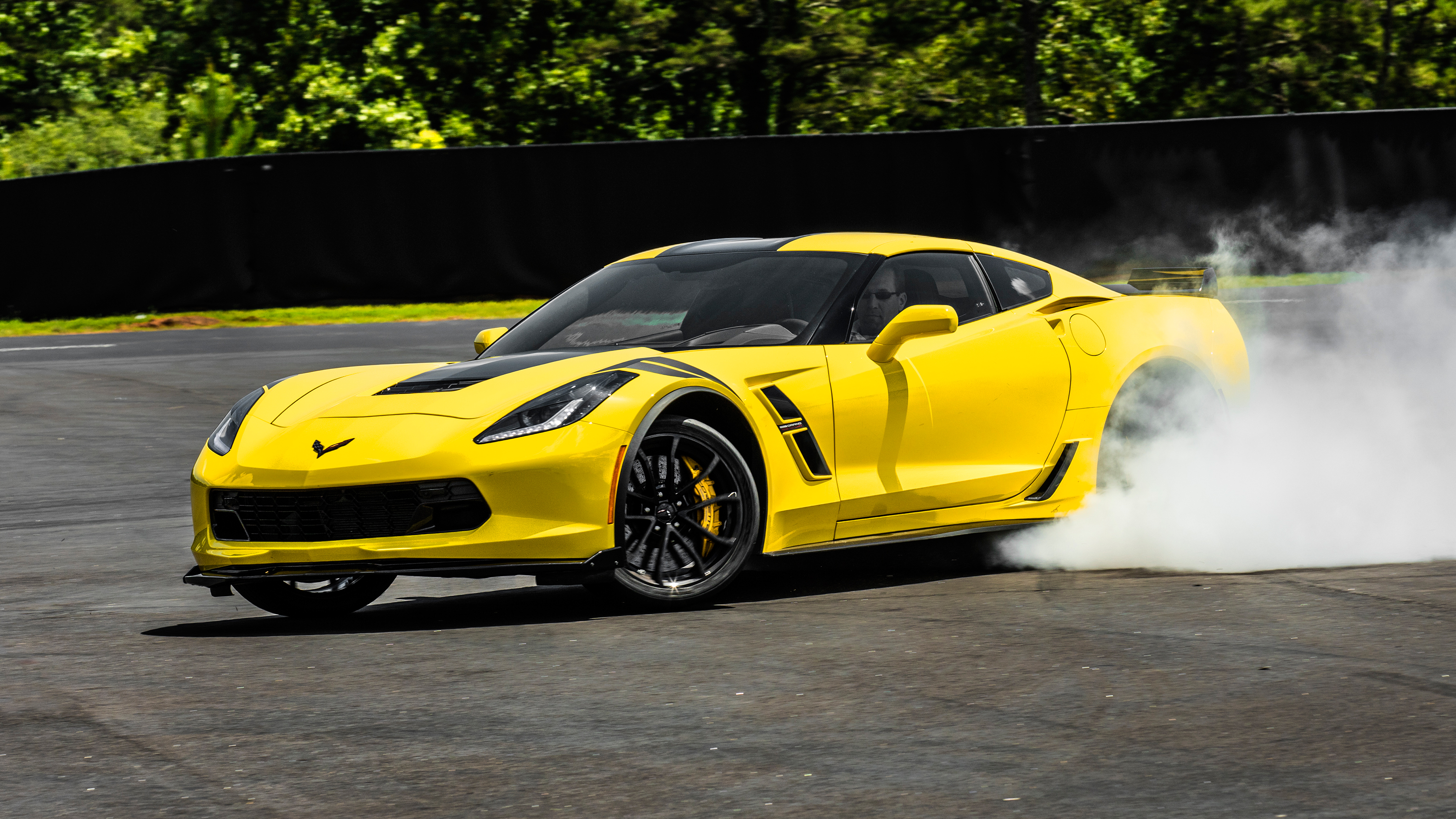 This is the new 2017 Chevrolet Corvette Grand Sport. If you are a student of all things ‘Vette, that should immediately signal that you’re looking at something special. Grand Sport is a name Chevy has kept in its toy box for over 53 years, bringing it out only occasionally. There have only been three previous GS 'Vettes: the 1963 stillborn race car, of which only five were made; the 1996 C4 version, which was limited to 1,000 cars; and the 2010 C6 model, which was so popular it accounted for more than half of ‘Vette sales in the last year of C6 production, 2013.

So what’s special about this one then?

In line with all previous Grand Sports, this new C7-based version is a best of the Corvette parts bin, using the Z06’s wide body chassis and tyres powered by the standard car’s – or rather the Z51’s dry sumped – normally aspirated 460bhp V8. This gives the car more grip than grunt, which makes it the ideal track day car as you run out of power long before you run out of grip. And that means you can give it a proper thrashing without going into outer orbit. This makes it not only the sweet spot of the ‘Vette mini range but also one of the most pleasing, well-balanced everyday performance cars you can buy.

What exactly is different about the Grand Sport?

OK, get ready for a spotters guide to the Grand Sport. A lot of the changes are relatively small details, so let’s start with the big ones. The exterior visual tells start with the trademark Grand Sport Cup wheels, available in a range of finishes, the wide-mouth Z06 grille finished in black, the low bonnet – as it doesn’t have to package the supercharger – and the wide rear end. If you want to win the pub bore contest, you could also point out the red, not smoked – the preserve of the Z06 – rear tail lamp lenses, the body colour quarter ducts – no, no idea what those are either – and some new bumper inserts, too. But we don’t suggest you do.

Are there any extras you can add?

Yep, you can get it with the Z07 package, just like it’s big brother the Z06 wears. Ticking this box, which you really should do, gets you the same vast Brembo carbon ceramic brakes, the identical, leech-like Michelin PS 2 Cup tyes, and the more serious aero kit. Just in case you were wondering, the GS doesn’t come with the clear insert into the wickerbill rear spoiler, as per the Z06, because the extra downforce just makes the car slower around a lap. The other big option is a convertible roof. 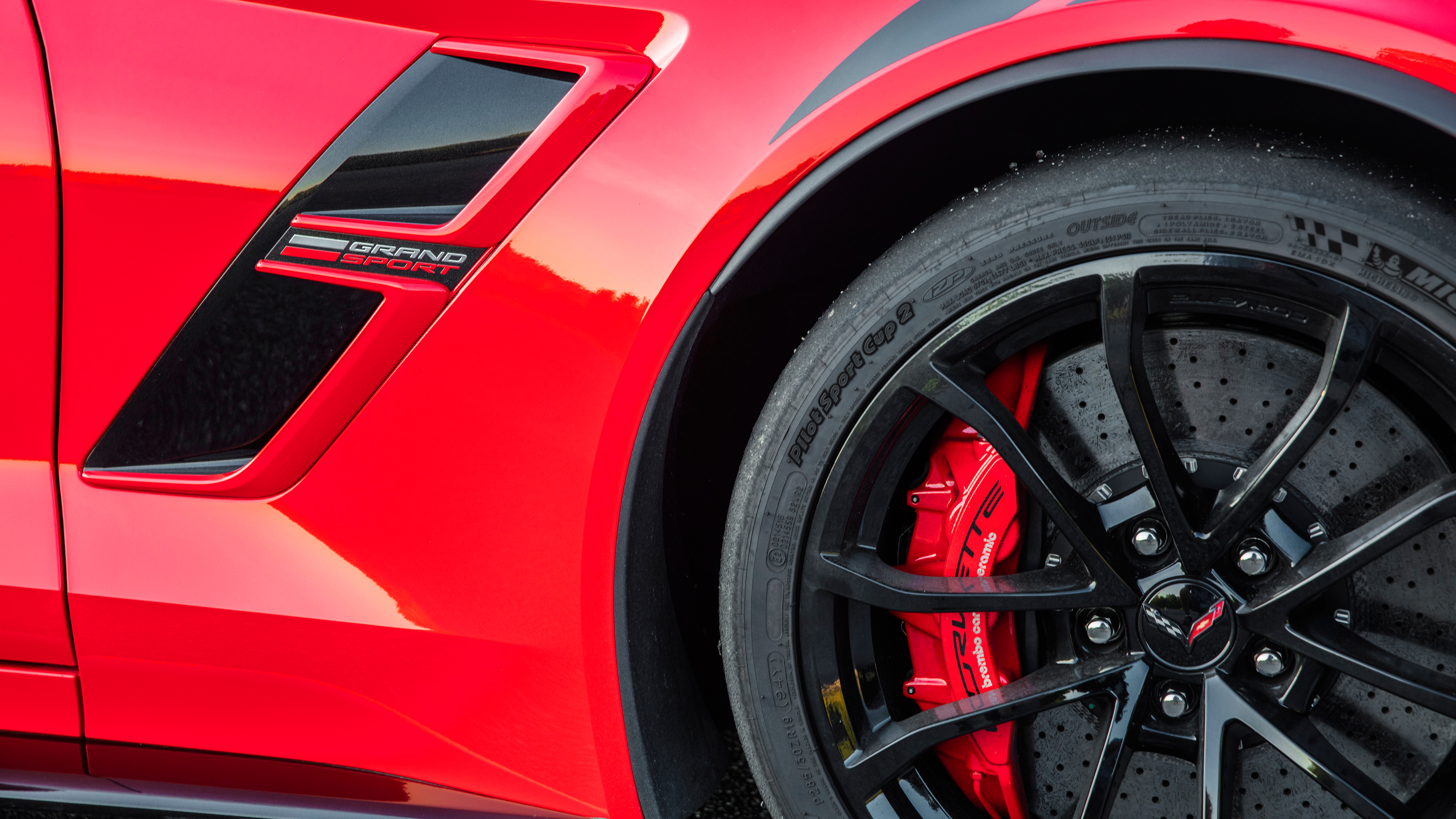 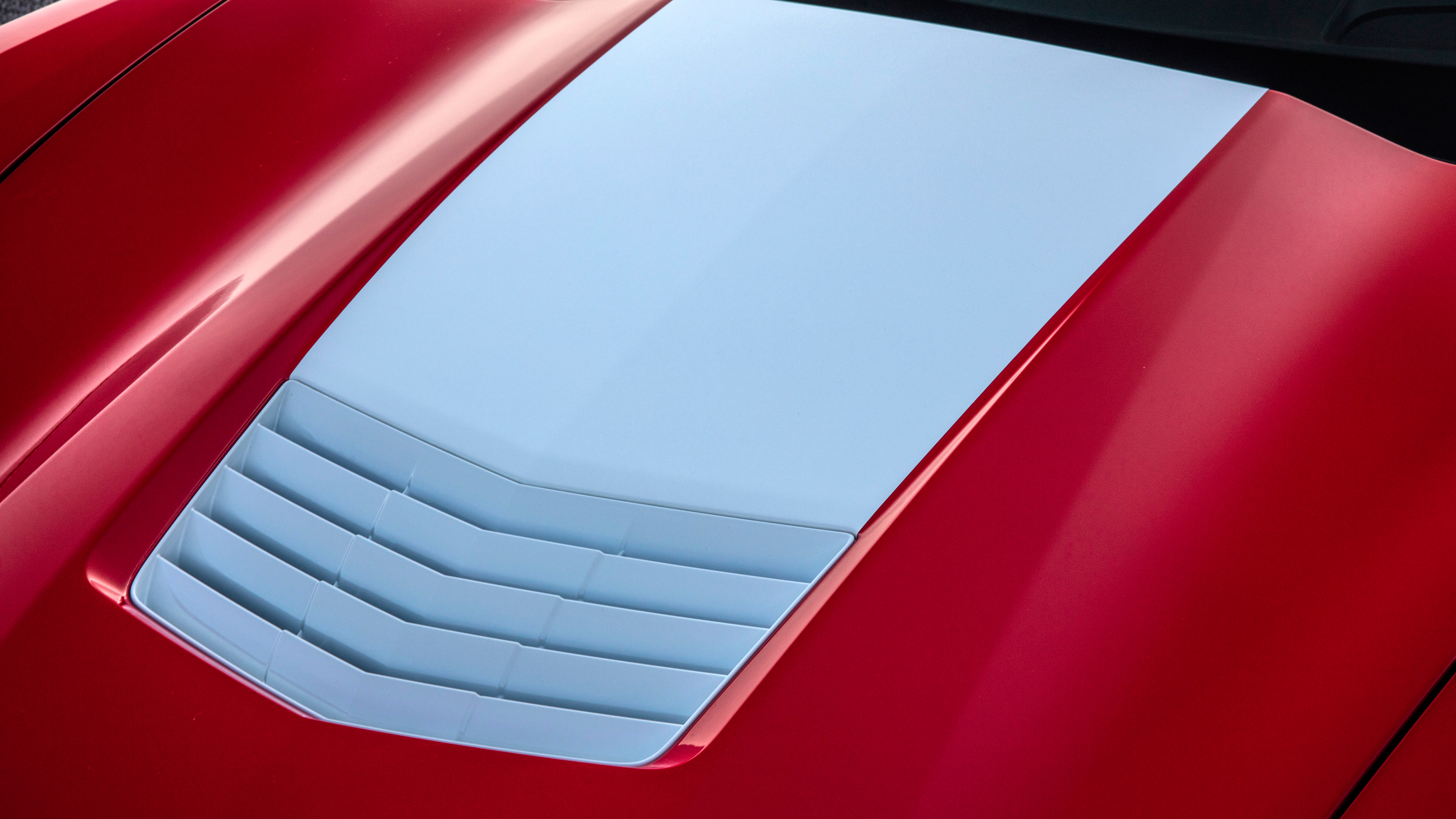 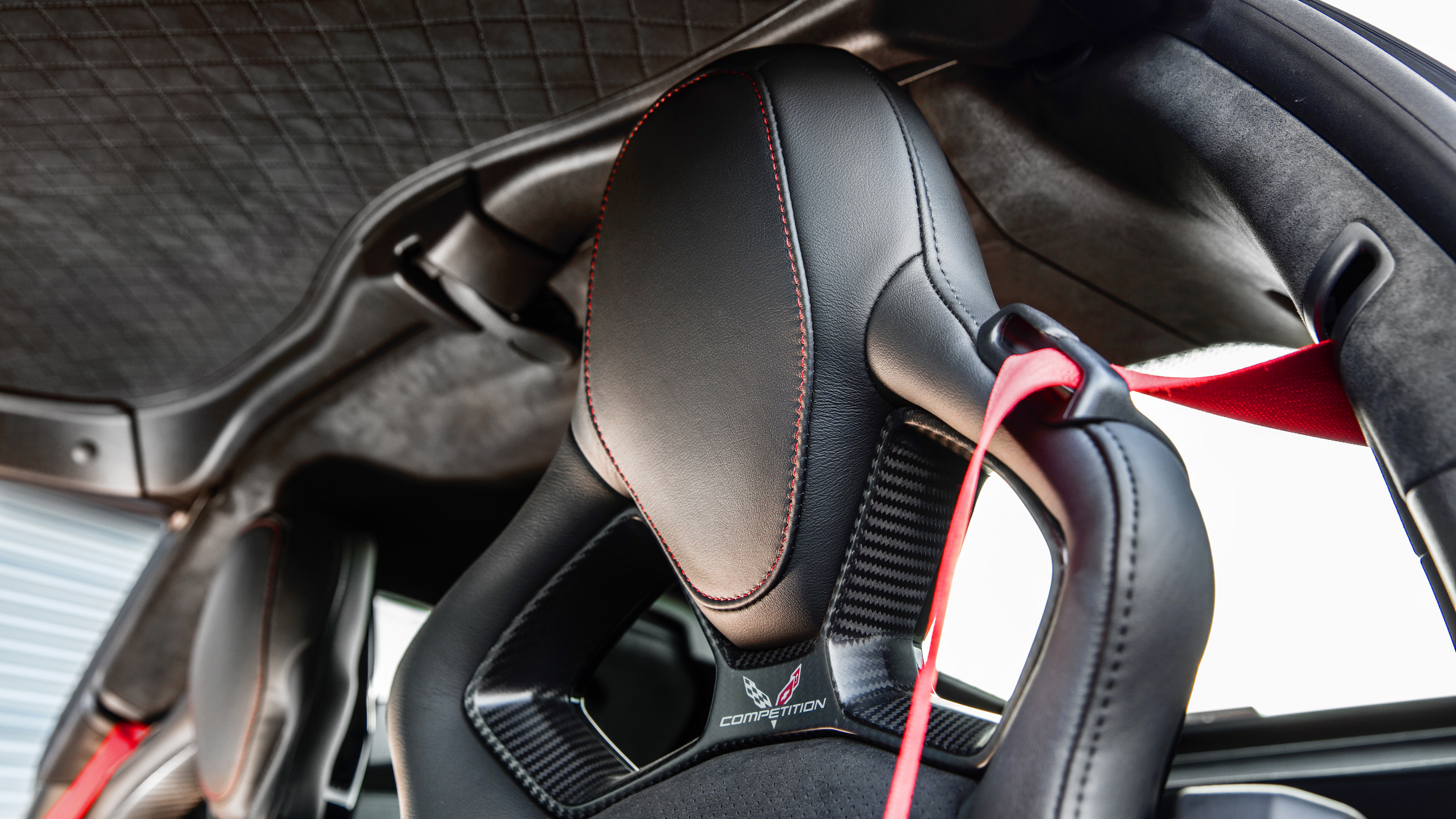 Instantly fun. While there’s none of the Z06’s rumbling thunder on start up, the Grand Sport immediately feels purposeful, tight, controlled. With the ‘Vette’s active chassis system, even with the wide, low-profile rubber, the car moves over the road in a pleasingly supple way – giving you plenty of information while smothering the worst road imperfections. You could commute in it and never realise what a track weapon you are sitting in. But turn the PTM dial to the right, press it twice and select Sport or Race mode and you are suddenly in an altogether different weapon.

We spent half a day at the track and the speed and handling of the GS left us all wondering if there’s a better performance car available for under $70k. The handling is so predictable and benign, you can push it to the edge of the tyres’ grip – and beyond – in the near certainty you can bring it back as and when you need or want to. It doesn’t have the Z06’s explosive power, but it’s also a long way from being a momentum car. It’s genuinely the perfect mix of both.

One thing though. As much as we enjoyed using the rev-matched manual, the eight-speed auto was the faster of the two cars on the – quite tight and twisty – Atlanta Motorsports Park track by an enormous margin. Like 1-2 seconds faster. Sure the margin wouldn’t be so great on a power circuit, but if we had to make a choice of ‘box after this drive, it would be the auto.

Is it just me or is Chevy on something of a roll right now?

Does seem to be, doesn’t it? The C7 Corvette has been a runaway and deserved success in all forms. The new Camaro handles way above its pay grade, has lost weight and added a shedload more appeal inside and out. And there’s still a ton more fab stuff to come. Think ZL1, Z28, the new ZR1...

An unreserved yes. It might not be the very fastest ‘Vette you can buy, but if you like cornering more than just driving in straight lines, this is the one for you. Enjoy.