£14,820 when new
Read why you can trust our independent reviews
Greg Potts
Published: 24 Jun 2020
comments
Skip 6 photos in the image carousel and continue reading 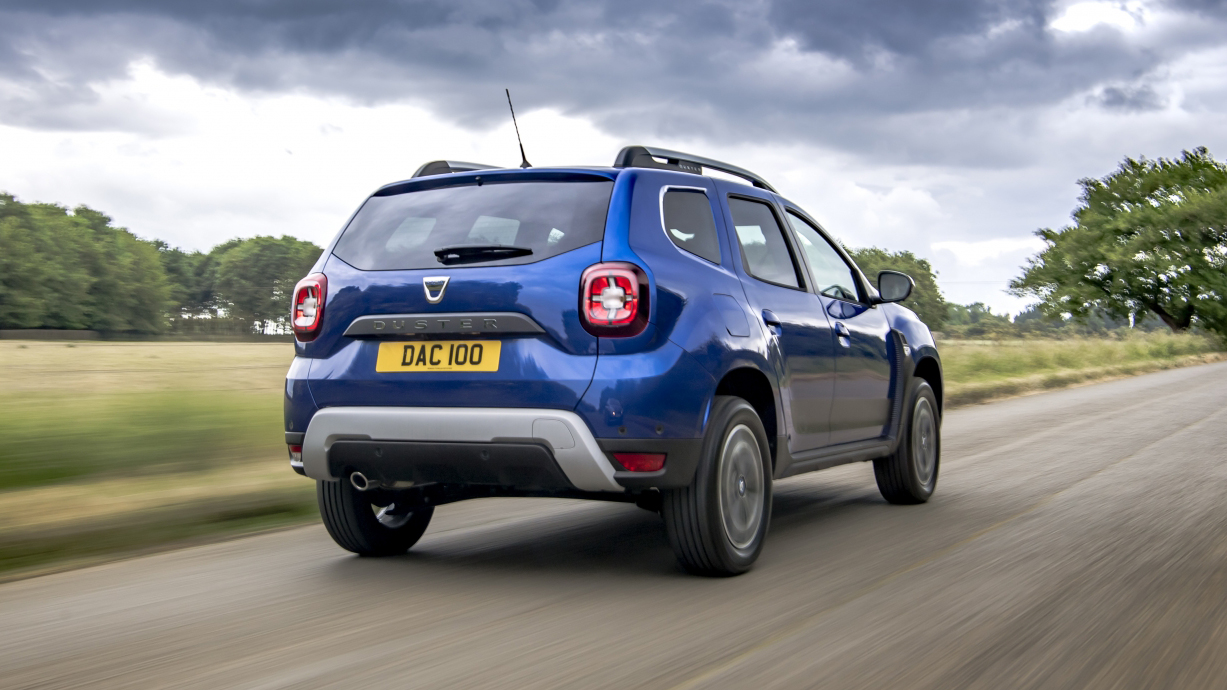 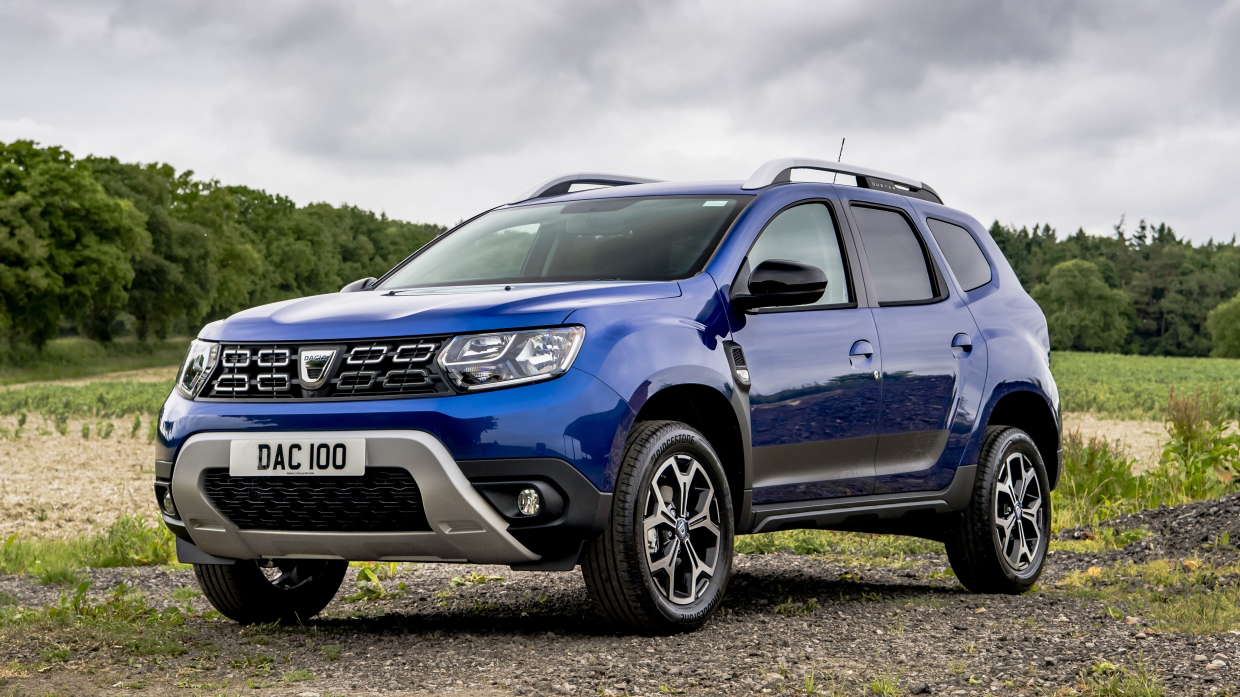 Liquid Petroleum Gas? I thought that died out years ago over here?

Pretty much. You’ll have no-doubt seen plenty of LPG-powered cars for sale in the classifieds – that’s because in the late 1990s and early 2000s the government was heavily incentivising aftermarket conversions to this cleaner alternative fuel.

The PowerShift grant offered up to £1,000 towards the cost of a conversion (which would typically set you back between £1,500 and £2,500 at the time) but the scheme collapsed in 2005 and many were left burned as LPG was abandoned by the government.

There are now only around 1,200 LPG fuelling stations in the UK, compared to around 8,000 standard petrol stations. It’s still hugely popular in Europe though, and Dacia has been offering a bi-fuel powertrain there for years. In fact, one in three Dacias sold in Italy runs on the stuff.

The Romanian Renault subsidiary will now be the only mainstream manufacturer to offer an LPG option from the factory in the UK, and the powertrain will be available on the Sandero and the Logan as well as the Duster. Dacia cites an annual average fuel saving of £594 (LPG is around 40 per cent cheaper than petrol) and 11 per cent less CO2 emissions than an equivalent petrol engine as its reasoning for bringing it back to the UK.

So, give me some facts on the Bi-Fuel Duster…

The Duster is the first LPG-powered Dacia we’ve driven and each one will get exactly the same powertrain, so let’s go over the basics. It’s all standard up front, with a 1.0-litre three-cylinder turbo petrol engine driving the front wheels only, but then in place of the spare wheel is a 34-litre LPG tank. Fuel can be switched at the touch of a (rather shoddy-looking) button inside the cabin – whether you’re stationary or on the move.

The result is a nice round 100bhp, as well as 118lb ft of torque in petrol mode and 125lb ft in LPG mode. Extra power, heck yeah. The headline figure, though, would be a combined range of 620-miles without having to stop and fill the tanks.

The system does add some extra weight - 61kg in total compared to the front-wheel drive, 1.0-litre-engined TCe 100 without LPG assistance – but Dacia’s chief vehicle engineer Loic Bouttier assures us that a number of components have been reinforced to ensure there’s no extra wear and tear.

And how does it drive?

Well, it’s glacially slow. If you’re fuelling the engine with petrol 0-62mph will take 14.4 seconds, and although it drops to 13.8 seconds when using LPG, you’d be hard pushed to notice much of a difference. Dacia claims an average of around 40mpg, though (44.1mpg in petrol mode, 35.3mpg in LPG), and the little three-cylinder engine does hum away nicely. Advocates of LPG often claimed that engines ran quieter on the stuff, but the Duster sounds the same whatever it’s burning.

The most effective use of the Bi-Fuel setup would be to switch to LPG around town, as although it may be thirstier, the engine then emits far fewer NOx particles.

Other than that, it’s much the same as any other second-gen Duster. The steering is light, the suspension is slightly on the firm side and, whilst it may not be a complete joy to use, the five-speed manual gearbox is competent. You get what you pay for, and we love the Duster for it. Plus, the Bi-Fuel powertrain is only between £300-£400 more expensive than the entry-level TCe 100 – you’d make that back in fuel savings in less than a year.

That looks slightly fancier than most Dusters, though?

You’re right. This is actually the Duster in special edition SE Twenty spec. It’s the fourth of five trim levels in ascending order of poshness (not a word ever used to describe a Duster, as well as not a word at all) and brings with it those rather nice 17-inch alloys, special SE Twenty decals, blue accents inside and an impressive multiview camera.

You can have the Bi-Fuel powertrain with any trim level other than the UN-spec Access, though, and there’s no badging or anything that would give the game away. The only difference is the dual filler ports under the one cap. It’s extremely neatly packaged so that LPG buyers don’t lose a square centimetre of luggage space.

But wait, I’ve got so many more questions. Is it safe?

That was one of the old criticisms aimed at LPG, but the tank in the Duster is six times thicker than a regular fuel tank. You can park it in an underground car park all you like too, although you won’t be allowed onto the Channel Tunnel. Dacia’s advice? Just get the ferry.

One point of note – you can’t actually start the car in LPG mode, so you’ll always need at least a thimble of petrol in the tank.

Nope. Because the system is factory fitted, Dacia says the servicing intervals and costs are exactly the same as with a standard petrol engine. It’s also offering the same three-year/60,000-mile warranty as you’d get on the rest of its range, which should put some minds at ease.

For anyone that does reasonably high mileage each year, lives near an LPG-equipped fuel station and wants to reduce their carbon footprint, the Bi-Fuel powertrain seems like extremely good value for money. We shouldn’t be too surprised of course, that’s just what Dacia does.