£13,230 when new
Read why you can trust our independent reviews 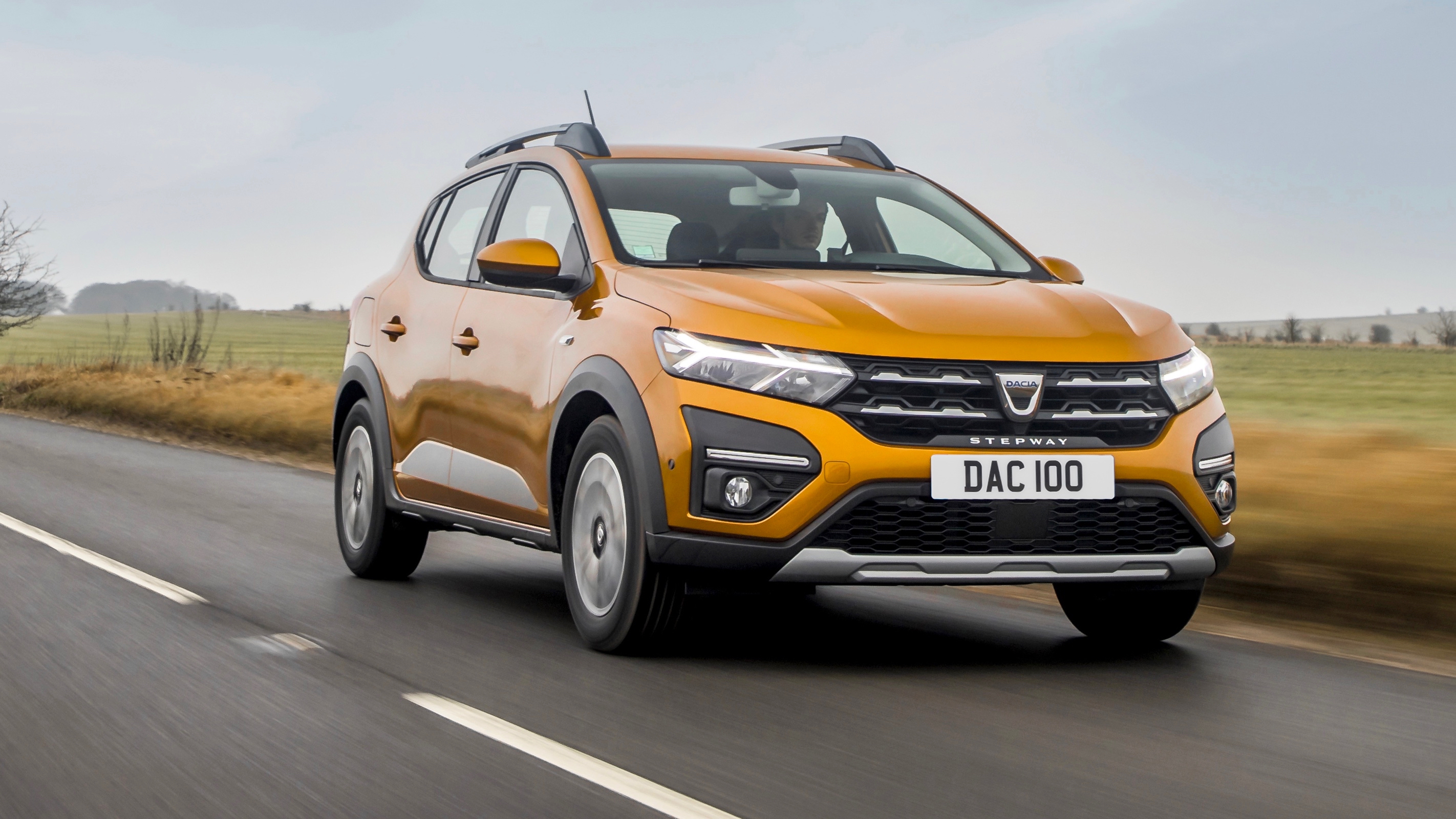 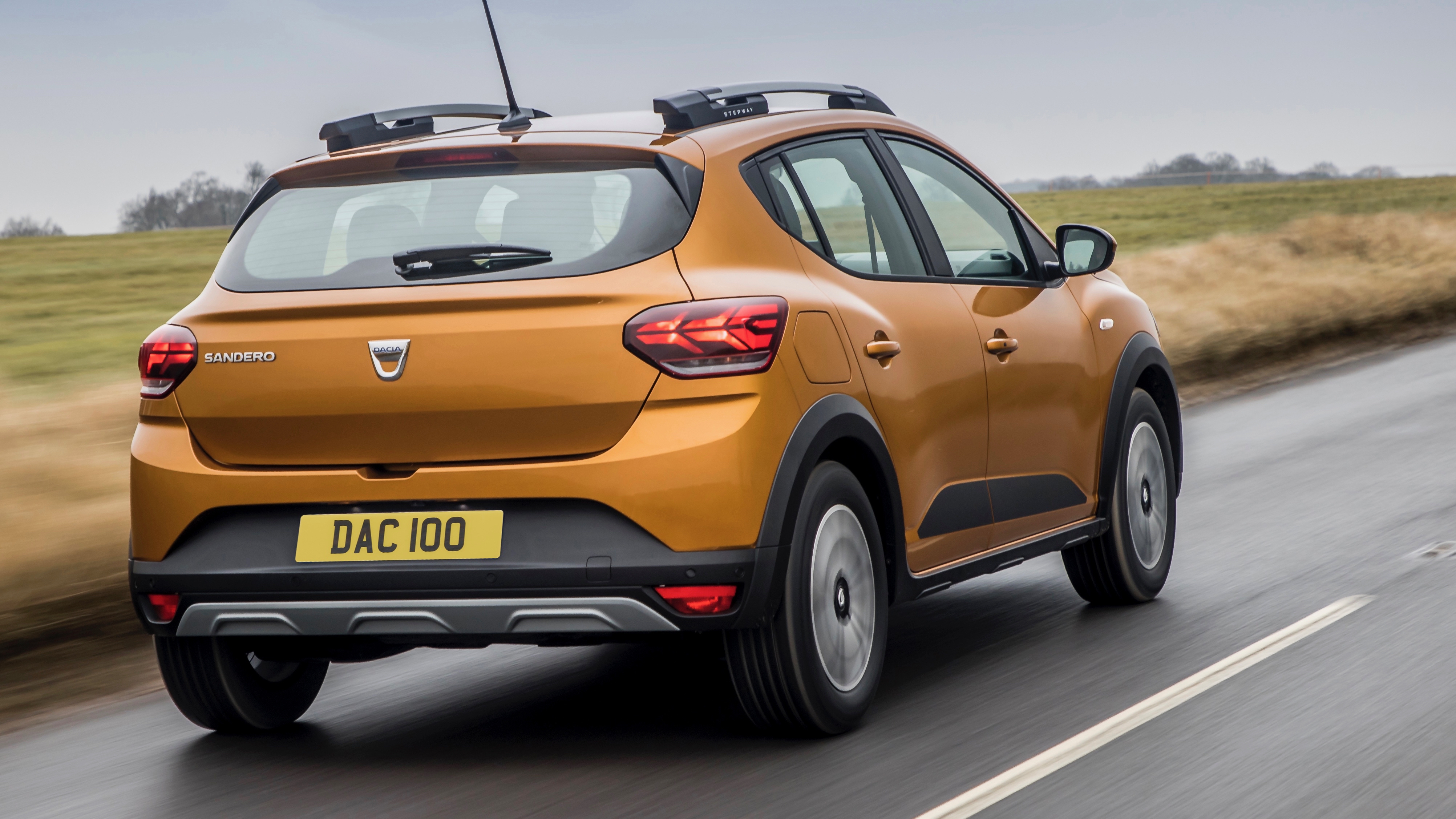 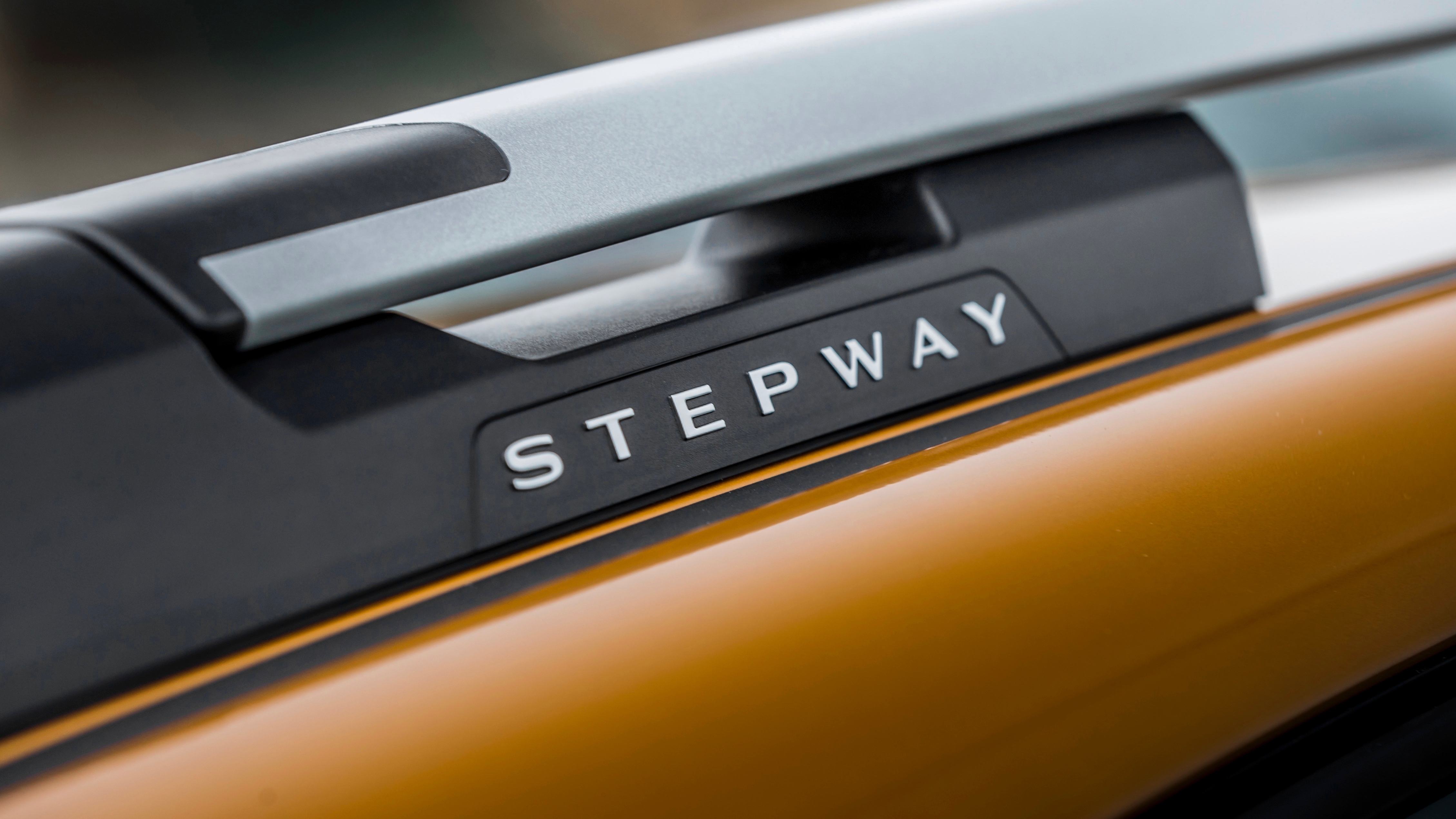 Dacia. Value. Is there anything else to talk about here?

Tell you what, let’s start there, because you have a slight point, in that value for money is by far and away Dacia’s biggest selling point. This is the new Sandero Stepway, the high-lift, plastic-clad, crossover version of the standard Sandero hatchback. I could say it’s the more fashion-conscious Dacia, but that’s stretching it.

Prices start at £10,995 and rise all the way up to £14,595. Comparing like-for-like engines, the Stepway is a grand more than the Sandero – you can’t get the smallest engine and most basic kit on the Stepway. But then no-one buys that version anyway. People splash out because it’s not much money. They have the auto ‘box, or step up from Essential to Comfort spec. Put £1,500 down and you’ll pay about £180 a month for the car you actually want – a TCe 100 Bi-Fuel that retails at £12,995.

Yep, it comes pre-fitted with a tax-dodging LPG tank so you can really get those costs down. But honestly, that Comfort spec car is actually pretty, well, comfortable. It comes with an 8-inch touchscreen, Bluetooth, DAB radio, electric parking brake, parking sensors, keyless (the best system in the business, it auto-locks when you walk away), phone mirroring and two years free servicing.

One thing: it makes sense to put down a bigger deposit if you can. Dacia charges 6.9 per cent APR, which is high when many rivals can be had on zero per cent finance. The thing is all rivals are more expensive. The most expensive Sandero lines up against the cheapest Hyundai i10, Suzuki Ignis or Swift.

How does Dacia do this? Is it losing money on every car?

It’s a good question, and one I don’t fully have the answer to. A few points though. It uses proven Renault technology that’s already mitigated its investment cost in the Clio and others. All Dacias are value-focused, which means the firm isn’t trying to lift itself into an area where ‘brand’ and ‘image’ start to matter and you have to align yourself with rivals to be perceived as competitive. Nor are cheap prices actively harming second hand values.

There’s a load of reasons Dacia can do this and no-one else can. But the main reason they can continue to do this is that no-one else has followed them. They are now the only budget brand out there, and for anyone wanting a cheap, good value car, but wanting to own it from new, they are the only option. What’s surprising is how good the Sandero – and this new Stepway version – actually are.

What, as in well built and good to drive?

Yes. Well, I’ll give you the good stuff first. The engine, a turbocharged 1.0-litre, is very smooth and quiet. And it rides well. Maybe a little lively as it springs softly about the place, but body control is good, there’s not much noise or harshness back through the suspension and it’s comfortable and absorbent. These are the most important aspects for the Sandero Stepway, and it hits them pretty well.

Will the kind of buyers the Stepway is aimed at care that the engine runs out of puff so much at the top end that the 6,200rpm redline is as far away as a foreign holiday, that the clutch pick-up point is hazy at best, that the steering is as communicative as your average teenager, or that the throttle calibration is poor?

And so am I. But actually people should care about that last one, because the throttle calibration makes it awkward to know what the car is doing. Sometimes it over-reacts to your inputs and seems to run away with you, and sometimes it doesn’t give you enough. It’s peculiar and enough, combined with the vague clutch, to occasionally make the Stepway slightly awkward at low speed.

The drivetrain, complete with heavy flywheel effect, is a bit baggy, like the car is doing as much as it possibly can to distance you from the engine. But you can drive the six-speed manual smoothly enough without having to resort to the £1,200 automatic available on some versions instead. 0-62mph takes 11.9secs.

It’s perfectly competent, the kind of car that you expect nothing from, but then ends up being a modest surprise. It doesn’t wilt at the first sign of a corner, and, weighing only 1,154kg, has that French way of getting along a tricky road without much effort. It’s not primary reward, but secondary satisfaction.

The right size, most crucially. It’s big enough to take four adults and a chunk of kit in the 328-litre boot. It’s the size of many hatchbacks, a kind of ‘supermini-plus’ that just feels right. Small enough on the road to be easily managed, big enough inside to cope.

Yes, there are some cheap plastics and trim, but because it does the basics well – the layout and ergonomics – you don’t mind the scratchy door bins. Plus points to the test car for having a phone mount up on the dash with a handy USB slot right next to it. A simple, useful touch. And the strip of fabric across the dash does help to lift the cabin.

But actually it’s just an easy cockpit to get on with. User-friendly heating controls, decent seats, not too much functionality in the screens that they get confusing to operate. It’s something of a sweet spot. And all for less than £13,000. And if you fill up with LPG, half the fuel cost of petrol, although bear in mind that claimed economy falls from 48.7mpg on petrol to 38.2. CO2 stands at 130g/km. It’ll surely be as cheap to run as any electric car and massively, massively cheaper to buy.

Does it have an image problem?

Not in my eyes. I think if you tell people you drive a Dacia it seems like a more intelligent choice – it’s value for money without making you look cheap. And I quite like the way it looks, much less blocky than the old Sandero Stepway, less pretentious than other crossovers and actually a reasonably deft piece of design.