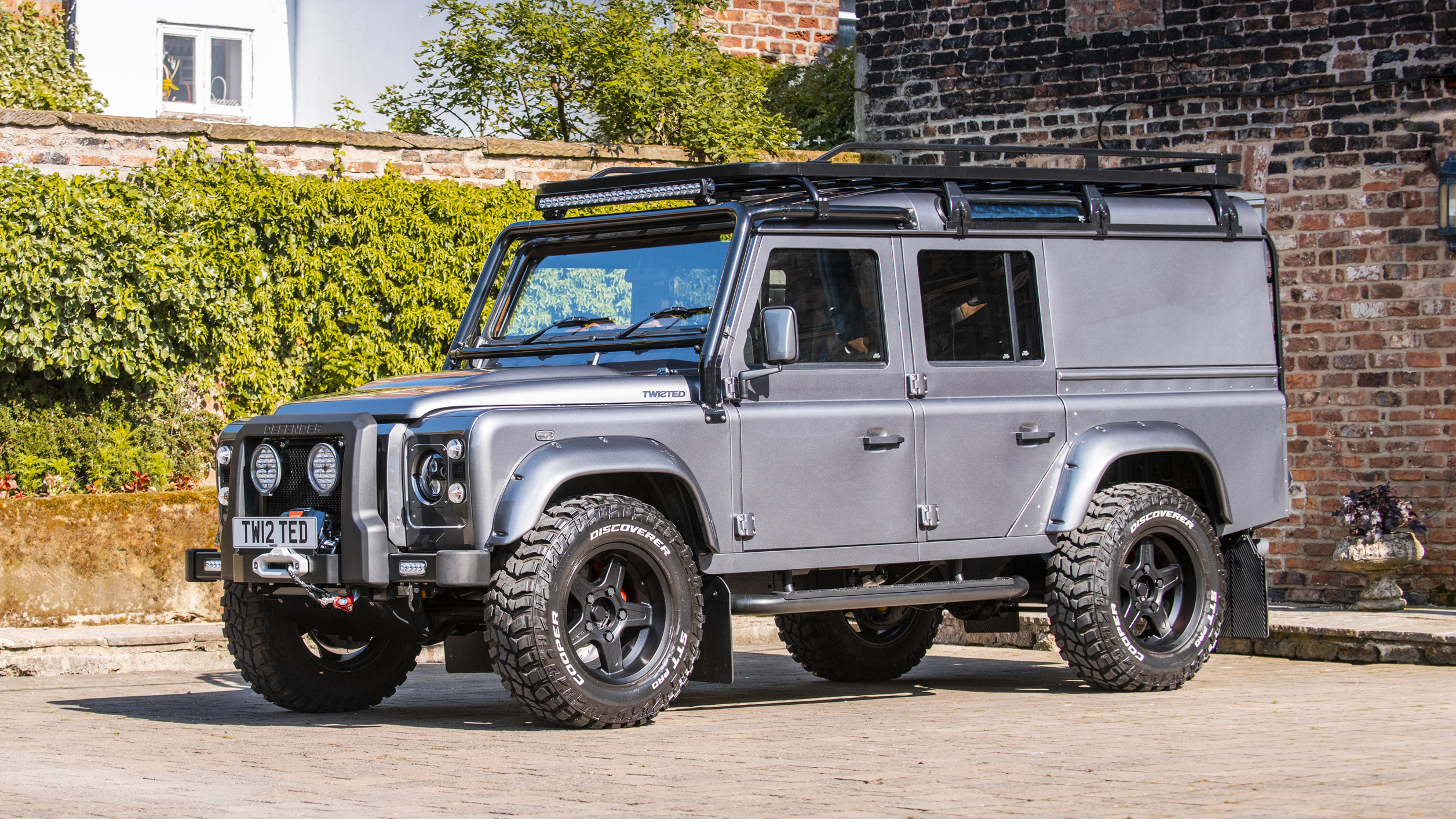 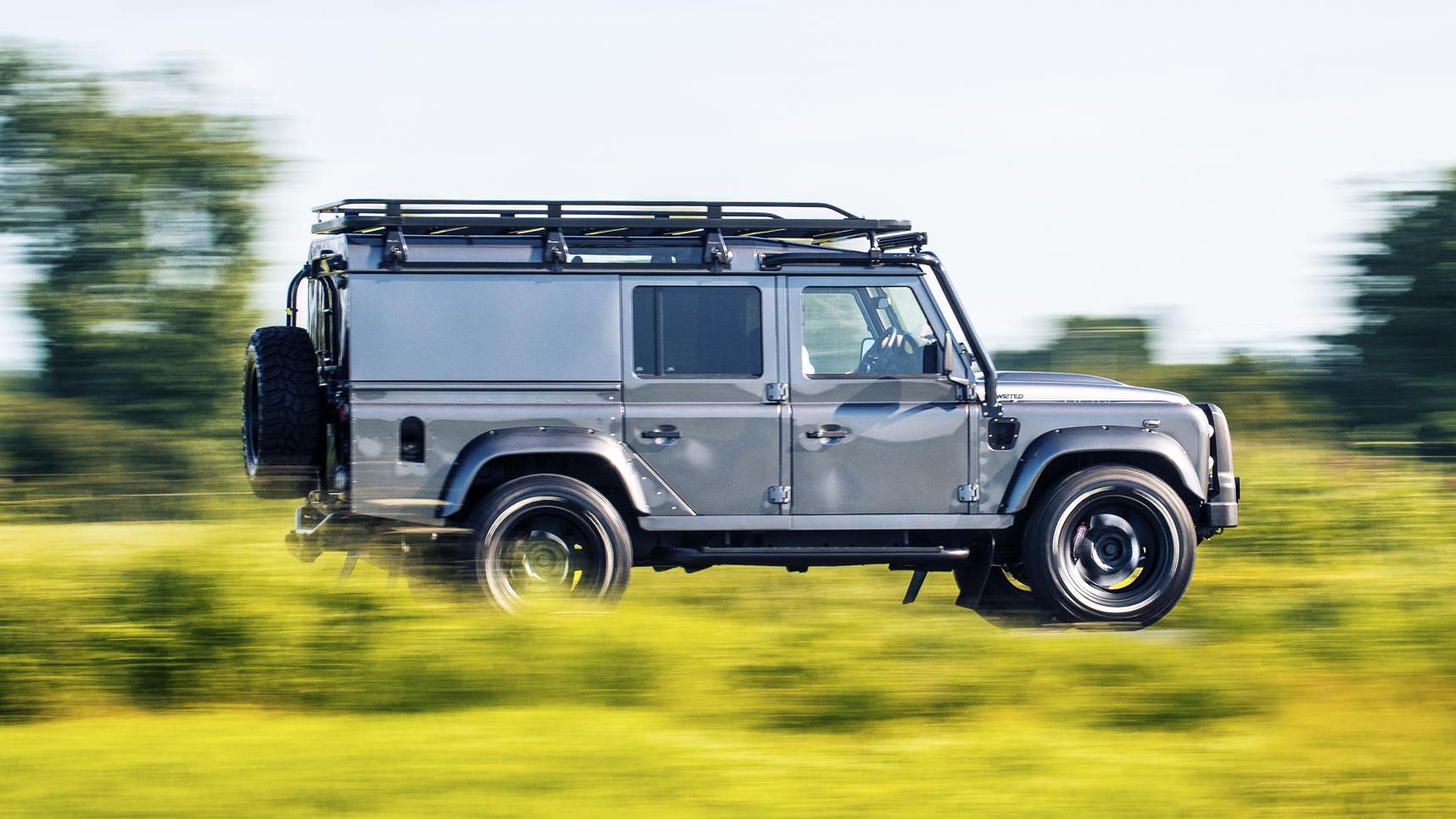 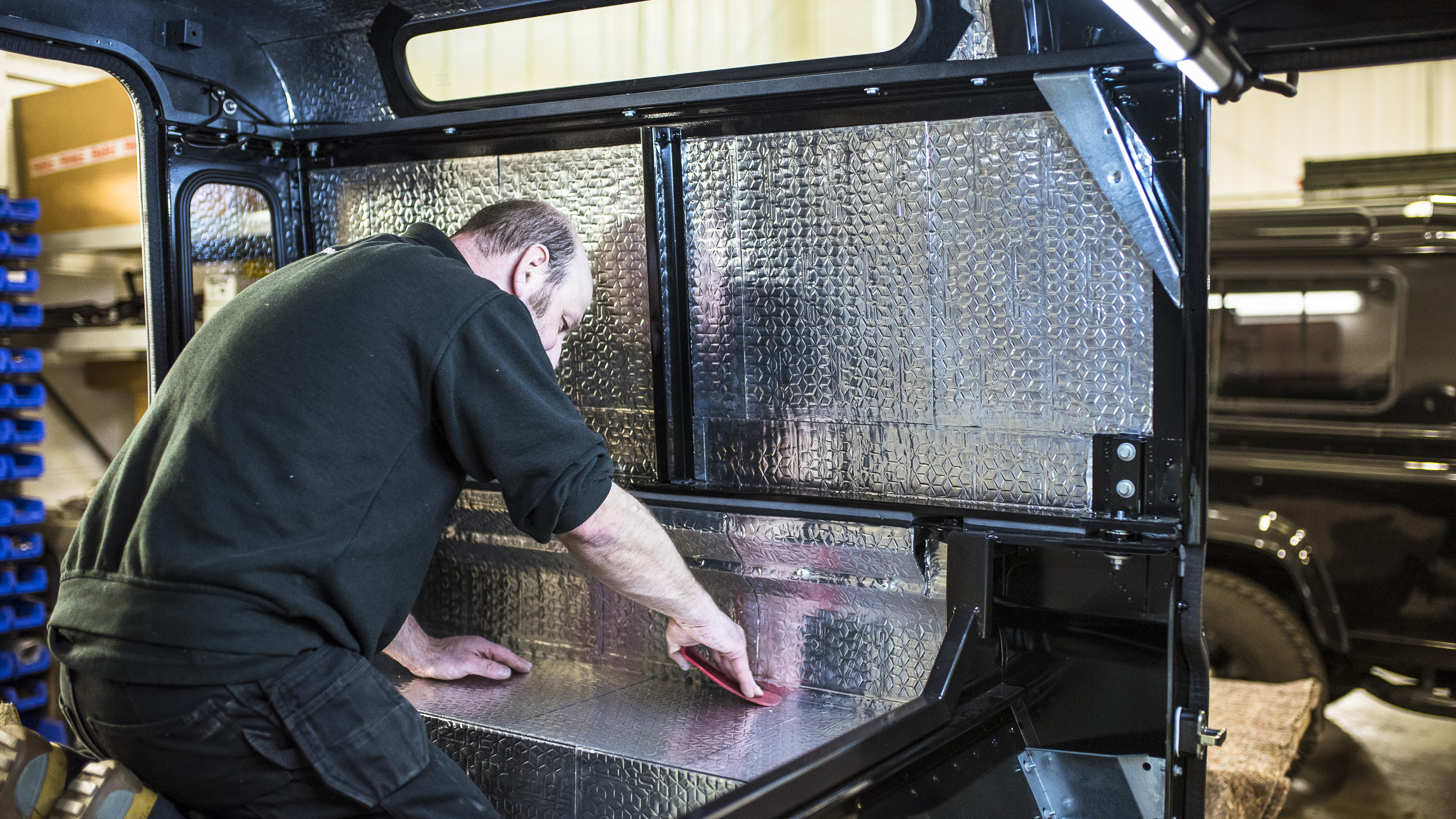 The newest old Land Rover Defender you can buy. One built in Yorkshire by world-renowned Defender specialists, Twisted. Available in both two-door ‘90’ or four-door ‘110’ spec, it’s a properly-engineered luxo twist on the British classic. It’s also equipped with plenty of good things, including a hulking great 430bhp petrol V8, plenty of plushness and enough rugged extras to make Lara Croft envious. Though be warned: the price tag is hefty. £160k hefty.

Why does this sound familiar?

Probably because ever since the last Defender (number 2,016,933) rolled off Solihull's production line on 29 January 2016, the world has gone bananas for the slab-sided stalwart of British military and agricultural engineering. A bit like the air-cooled Porsche boom, demand for the Defender - and prices for it - have gone through the roof.

So Land Rover decided to bring it back to life courtesy of a 70th birthday present to itself: a limited-edition, re-engineered version of the off-road icon. Called the V8 ‘Works’ it was powered by a 5.0-litre Jaguar V8 delivering 400bhp and 380lb ft of torque, had an eight-speed ZF gearbox from an F-Type, a more refined interior (just), was limited to 150 units and had an eye-watering price tag of £150k.

Twisted's Defender however, has one over Land Rover’s own V8 Defender: it’s better.

Well, firstly, the Twisted ones are actually newer. If you didn’t know, Land Rover’s V8 Works models aren’t actually a new production series of cars running down the line. Rather, they’re a limited series of stripped and rebuilt old cars. Twisted’s Defenders are delivery mileage ’16-plate cars from the factory. Being an industrious and forward-thinking type, Twisted’s founder Charles Fawcett placed an order for 240 new Defenders back in 2015.

This hefty £7.2million investment in stock means Charles now has a shed full of box-fresh Defenders. Each car is being stripped down and worked on meticulously to form a new series of bespoke, restomodded cars. In the future, Twisted would like to be seen as doing for Defenders what Singer has done for Porsches and Eagle has done for Jaguars. Though, they won't break the £250k+ barrier. According to Charles, no Defender is ever worth that much.

With 92 new cars left in stock, Charles and his team of 35 have split the remaining cars into different series models. Each will modernise the new Defenders with a nod to the most significant Defenders of the past. Prices start at £80k and include new tyres, more power, lower/stiffer suspension, better brakes, more soundproofing, Recaro bucket seats, an upgraded stereo, plus lashings of expensive leather sourced from the interior designers to Bentley. Start ticking more boxes and you'll see that number double. Especially when you opt for the £50k V8 conversion. Something which we’d highly recommend if you can.

A rambunctious GM-sourced 6.2-litre naturally aspirated LS3 from a Corvette with 430bhp and 424lb ft of torque. Remember, the original Land Rover V8 was based on a Buick, so you could call it a nod back to the past. But the incredibly simple LS engine (it’s the go-to for many V8 conversions) is actually incredibly well-suited to the Defender’s character. It’s laden with effortless power but is still refined at slow speed. Around town, it gargles like bubbling molten lava, but when you clog it, the revs run around the dial with delicious anger.

As good as a Defender gets. Which, to anyone who has driven a normal Defender (imagine doing a Crossfit workout and you're about there), isn’t hard. The Twisted simply isn’t punishing – thanks largely to the ride quality.

You can spec different suspension setups, and they’re all proper. Bespoke springs and anti-roll bars are manufactured by Eibach exclusively for Twisted. The dampers – from Bilstein – are custom valved to suit the spring rates while a bias is dialled into the anti-roll bars to give more travel on the front axle, resulting in less understeer and more traction. Instead of bobbling whichever way the road wants you to, because of variable spring rates (softer in the first 25mm of movement to soften up normal undulations, firmer in the centre of the coil to create a more predictable ride) it’s a lot more gentile and pleasurable experience. There’s also the possibility of air suspension, just in case you need to limbo into a low car park.

Unlike standard Defenders, the thunderous tyre, wind and engine noise that normally leaves you speechless is tamed thanks to up to 90-hours of labour soundproofing the cabin. Each car is stripped back and stuffed full of foam. Thankfully, the Defender DNA remains and it’s not too removed from the original, you’re still very much at the coal face of driving the thing and it’s entertaining to hustle – it’s just the corners have been literally and metaphorically softened off.

Mega. Though there’s still plenty of body roll: when you mash the throttle, the engine goes out of its gurgling slumber and wakes up, the gearbox drops some cogs, and the whole thing rears backwards as you’re propelled towards the horizon like a concrete bathtub shot out of a trebuchet. Given its weight (which must be a lot considering closing the rear door is basically a two-man job), the speed is quite alarming. But hilarious. Especially as the soundtrack is that of a bombastic Baja trophy truck sitting inside something that's truly, utterly British.

It’s a Defender – of course it can. Despite its new suit, the Twisted ultimately remains a focused commercial vehicle: there’s a huge payload, great towing possibilities and an off-road ability that is still unrivalled. With a proper low-cog ’box (accessed with a satisfyingly primitive set of actual levers), chunky tyres and a mechanical centre diff, every wheel can be locked together so no torque is lost, allowing you to spray the sides of the car in rural effluence as you try and bury yourself in a bog. If in doubt, you can always winch yourself out.

Here’s a simple rule: if you don’t want a Defender, you shouldn’t buy a Defender. Especially one that costs north of £150k. Defenders are cars you either get or you don’t. More so now that they’re not actually in production and the market has gone mad. A few years ago, you could get one new for £30k and have the whole Defender experience. But Land Rover is partly to blame for these potty prices we’re now seeing. When it brought out the end-of-the-line £61k Autobiography, it gave tuners the green light to charge as they were adding more. Same story with the £150k V8 Works.

The Twisted looks like good value in comparison to the Works. It has a better interior, superior ride and can be specced to look great. OK, they don’t have the Works badging to keep the beardy brown beer loving LR enthusiasts happy, but if you want a Defender now, Twisted offer a proper fresh-out-the box one – something that Land Rover can’t even offer. So if you have a hankering for an uber Defender, this one hard to beat. It’s honest, utilitarian purity literally boxed up and put on four wheels. We love it. The Defender is dead, long live the Defender!