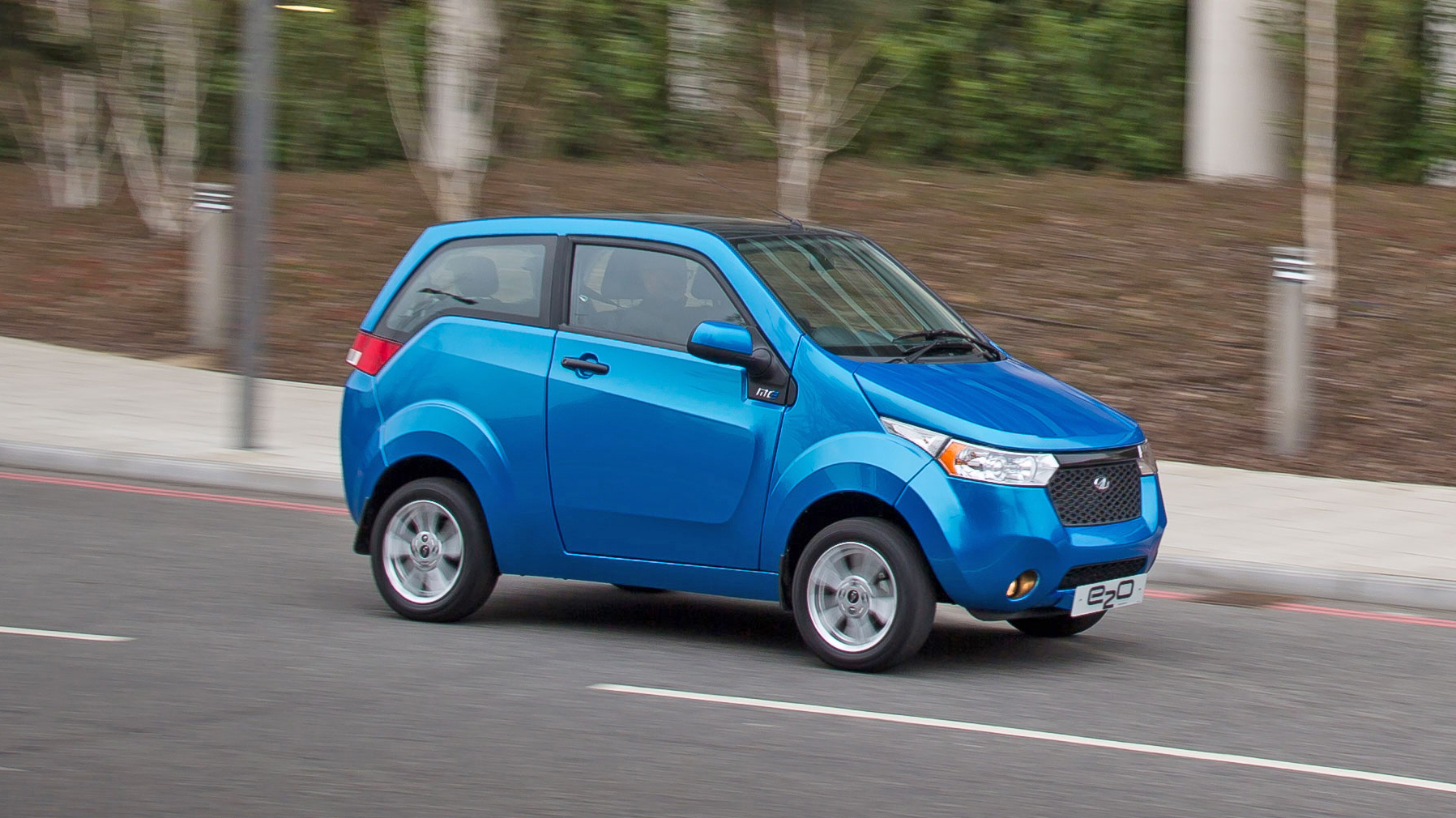 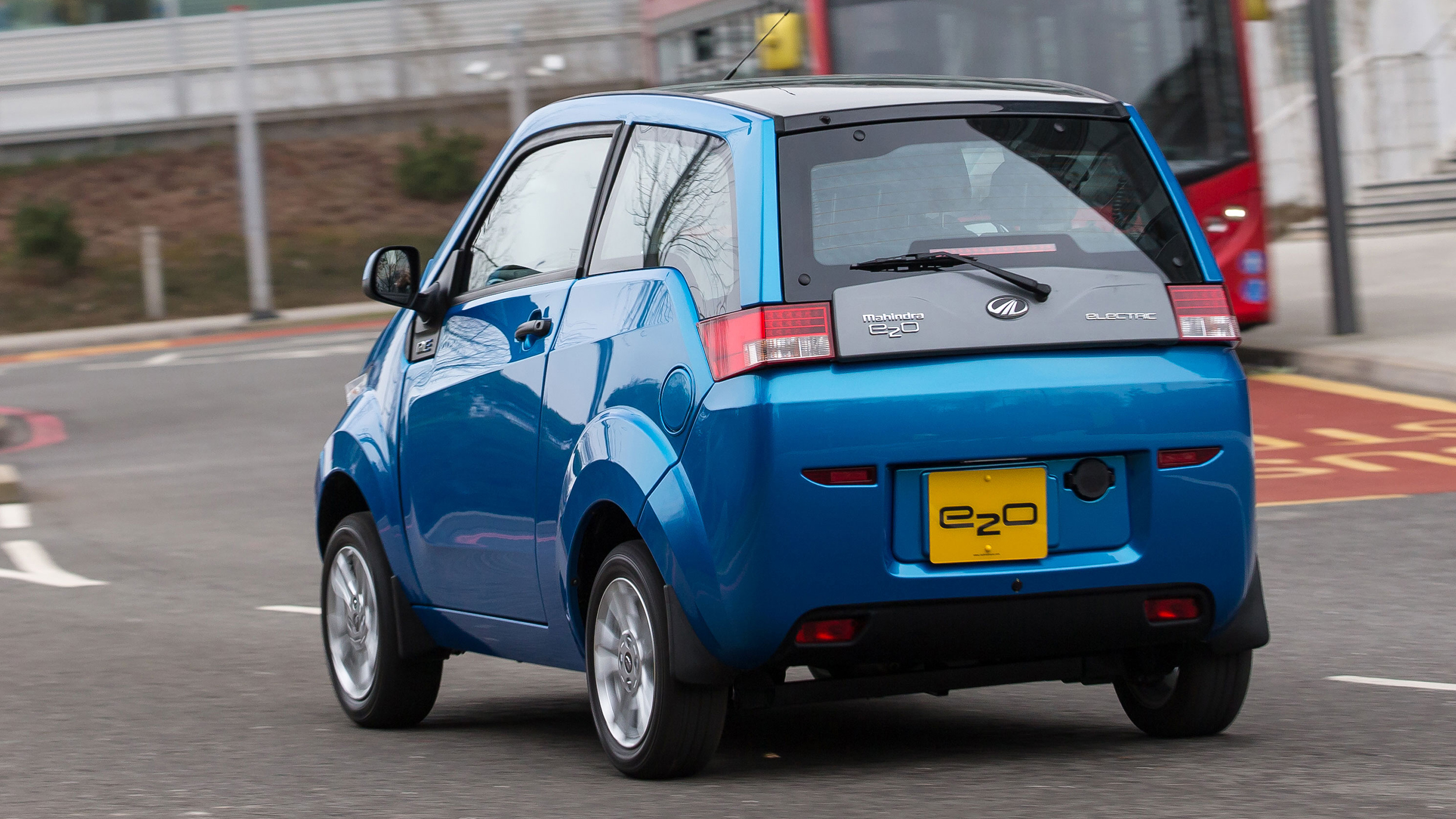 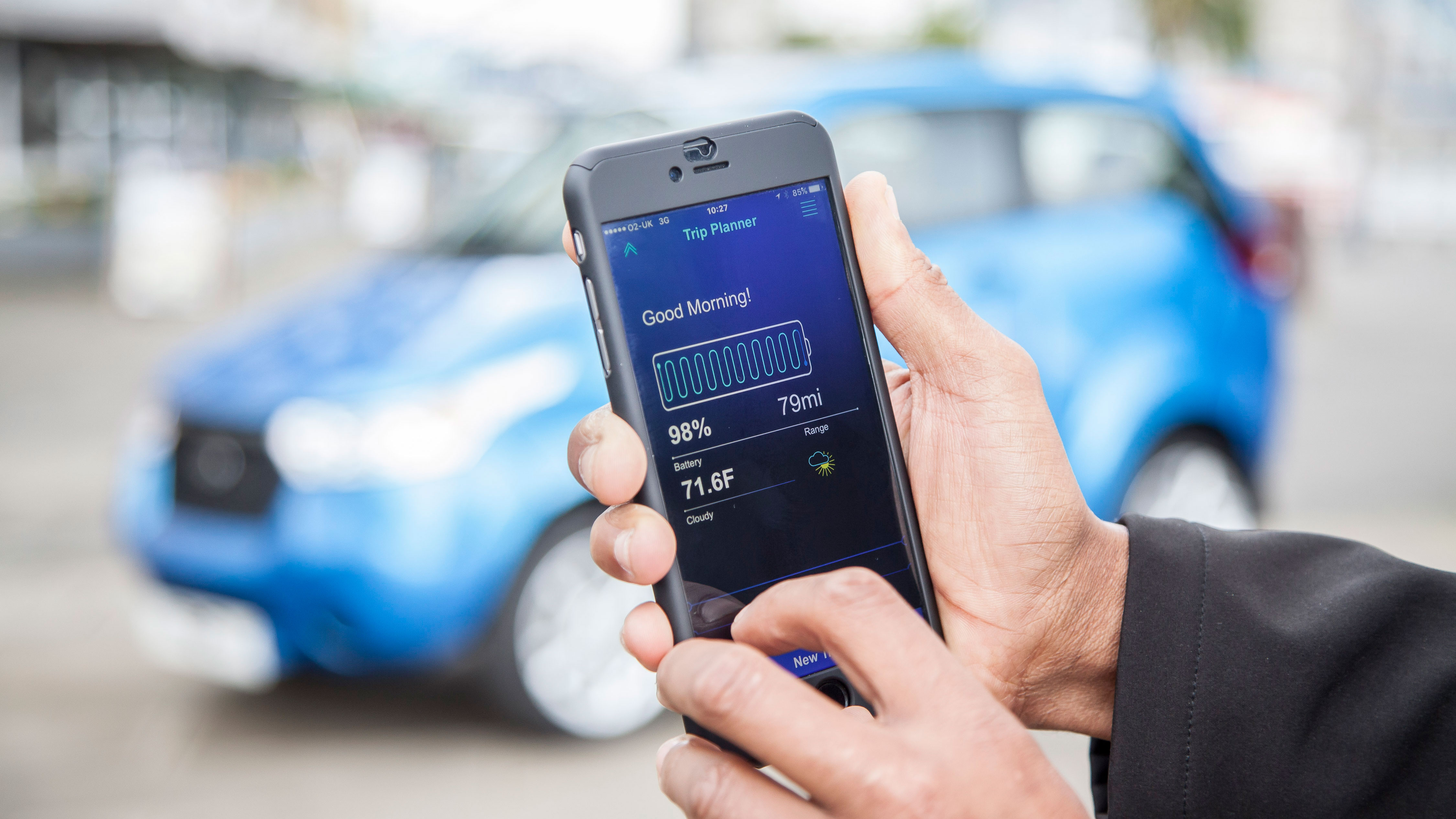 Hang on a sec, I think something’s up with my screen’s aspect ratio.

Nope, do not adjust your monitor. This is the Mahindra e2o (ee-two-oh, not ee-twenty), coming at you direct from an award-winningly low-emission factory in Bangalore, India.

And it really does have the height-to-width ratio of a postbox. If it’s hip to be square, then the Nissan Cube and Scion xB have just been well and truly out-boxed.

Styling out the way, what actually is it?

Remember the G-Wiz? Course you do. Reva, the company behind the infamous electric quadricycle that set about dodging London’s congestion charge (and plenty of crash tests) a decade ago, was bought out by Indian car-making behemoth Mahindra in 2010. A year later, the G-Wiz was finally put out of its misery.

Five years later, Mahindra has had a crack at the cheap electric city car idea, albeit this time with some official crash-worthiness, a half-decent cabin, and some next-gen ideas about how cars like this should be bought and serviced. It is not a facelifted Reva or second-gen G-Wiz, Mahindra insists. Can’t blame them really.

The UK is the first European market, because oodles of buyer research suggests our congested, parking-bereft townships are a hotspot for willing EV-adopters. London, Bristol, Birmingham and Milton Keynes are in the crosshairs first.

On the e2o’s rear axle lives an 31kW electric motor. That’s 41bhp in English, teamed with 67lb ft. Now the bad news: the e2o, despite being made of cheap-to-replace and resilient plastic panels mounted on a steel spaceframe, weighs 945kg. That’s more than a Lotus Elise. Batteries do not come lightly.

I’m not going to be outrunning those mobility scooter gibes, then?

Mahindra doesn’t quote a 0-60mph time. There are new parameters here. 0-25mph – the classic getaway from lights without bothering any urban speed cameras – takes 4.9 seconds. Adding another 25mph to that takes a further 12.1 seconds. What happens after than is anyone’s guess, as there’s no official top speed.

And yes, it does feel that slow. The driving experience is more Renault Twizy than Zoe, or any of the other electric mainstreamers. Tesla will not be worried.

There’s a dollop of motor whine, and fairly sedate power delivery. The regenerative brakes are an extremely light touch too, so you can’t pull the same lift’n’coast one-pedal trick like EVs we’re accustomed too. Best leave yourself some space to get it slowed down.

Not brilliant, but adequate for the task at hand. The turning circle is usefully tighter than a London black cab’s, but unlike, say, Renault Twingo, the steering’s actually reasonably quick, so navigating a mini-roundabout doesn’t necessitate frantically working the wheel like François Delecour.

The tiny wheels handle speed bumps and urban potholes reasonably well for a car with such a short wheelbase, and it doesn’t feel as top-heavy as it looks. We wouldn’t fancy taking it on one of London’s rare stretches of dual carriageway, though. Crosswinds, lorry turbulence and speeds above 35mph are not the e2o’s forte.

On the plus side, visibility is brilliant, particularly over your shoulder, where that bizarre drooping glassline makes spotting cyclists hiding on your rear quarter a doddle. Function before form.

So how far will it go?

This is very much a city car, and a city car only. BMW i3-fighter? Not so much. The e2o, with its 79-mile range (plus an extra eight in reserve via the on-board menus if you’re really stuck in an emergency), is a rival for scooters and public transport. You get a guaranteed seat, air con, free parking at certain charging points (15,000 nationwide, apparently) and you dodge the London congestion charge.

That could save tens, if not hundreds of pounds a week versus a combustion-powered car, especially as a month’s worth of overnight charging on low-cost, post-midnight energy tariffs should set you back less than a tenner.

Meanwhile, charging status, remaining range and what-have-you can be monitored remotely via a smartphone app. It’ll race up to an 80 per cent charge in about an hour, or you leave it overnight for brimmed batteries. Can you brim a battery? Never mind.

Fine, but I don’t exactly see Mahindra dealers on every street corner…

Which is why Mahindra’s followed a new-age approach to buying and owning on that basically depends on you having a telephone and little else. You can order one online, and 90 per cent of servicing or repairs are sorted by mobile technicians who get the car’s symptoms automatically beamed to their server so if it does develop a fault, there’s a fair chance it can be diagnosed before breakdown cover is dispatched. The owner doesn’t even need to be present.

Mahindra, see, knows full well the e2o isn’t going to be anything but the smallest footnote in terms of even EV sales in the UK, but it wants to carve out a niche for making easy-to-own, cheap electric cars. This is the primitive first step.

Is it enticingly cheap?

So no, we’re afraid it’s not some sort of electric Tata Nano to bring electric motoring to the masses – it’s still a niche piece of kit that isn’t as liveable as a VW e-Up or Renault Zoe. But it has merit if your weekly commuting totals less distance than the London Marathon (more common than you might think for city folk), and it’d be a cracking delivery vehicle for parcels and pizzas.

We like the streamlined ownership ideas behind the e2o too, so it’ll be interesting to see if Mahindra can unlock the same cult fan base the G-Wiz picked up. If that thing gained a following, anything’s possible…