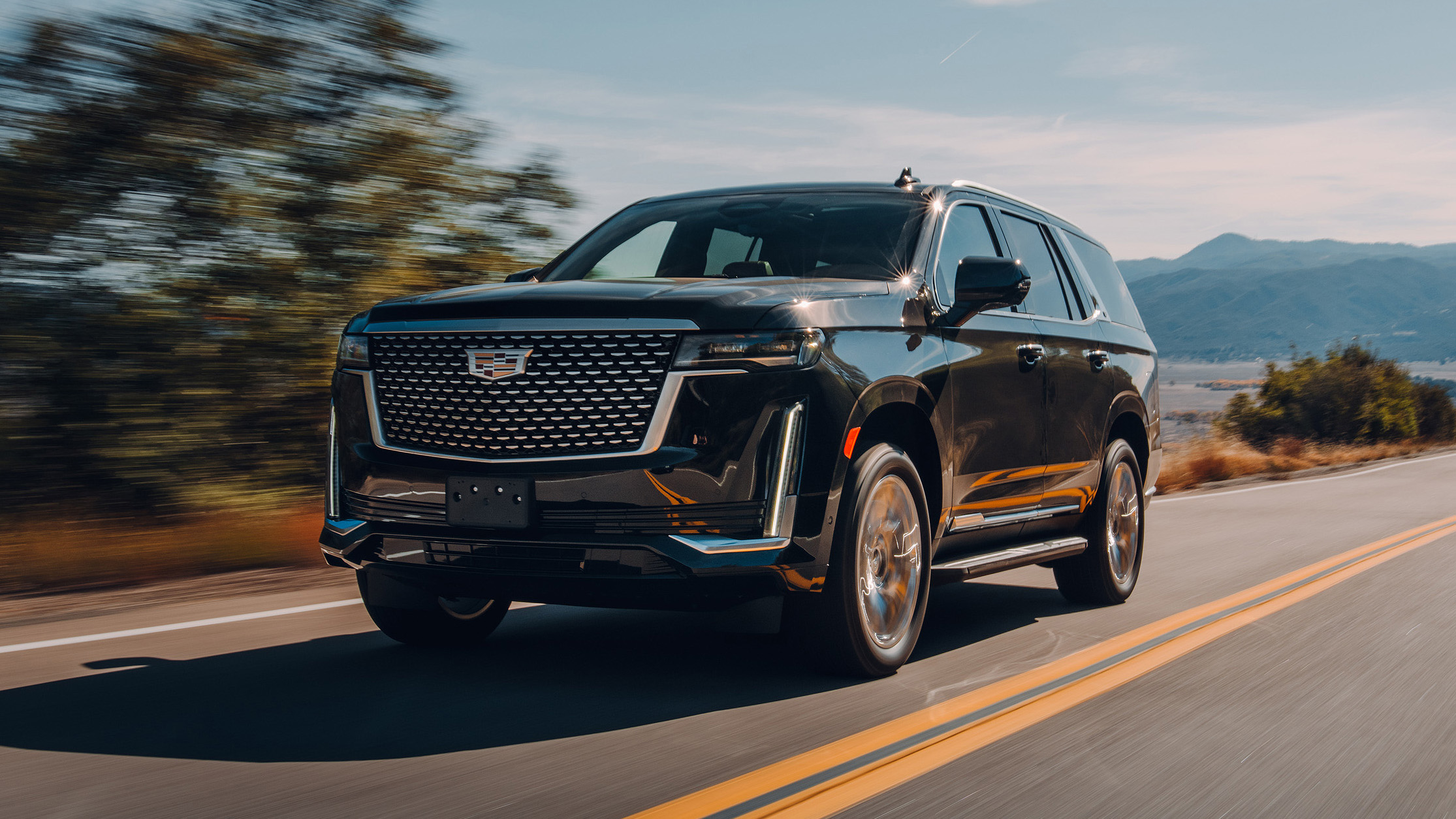 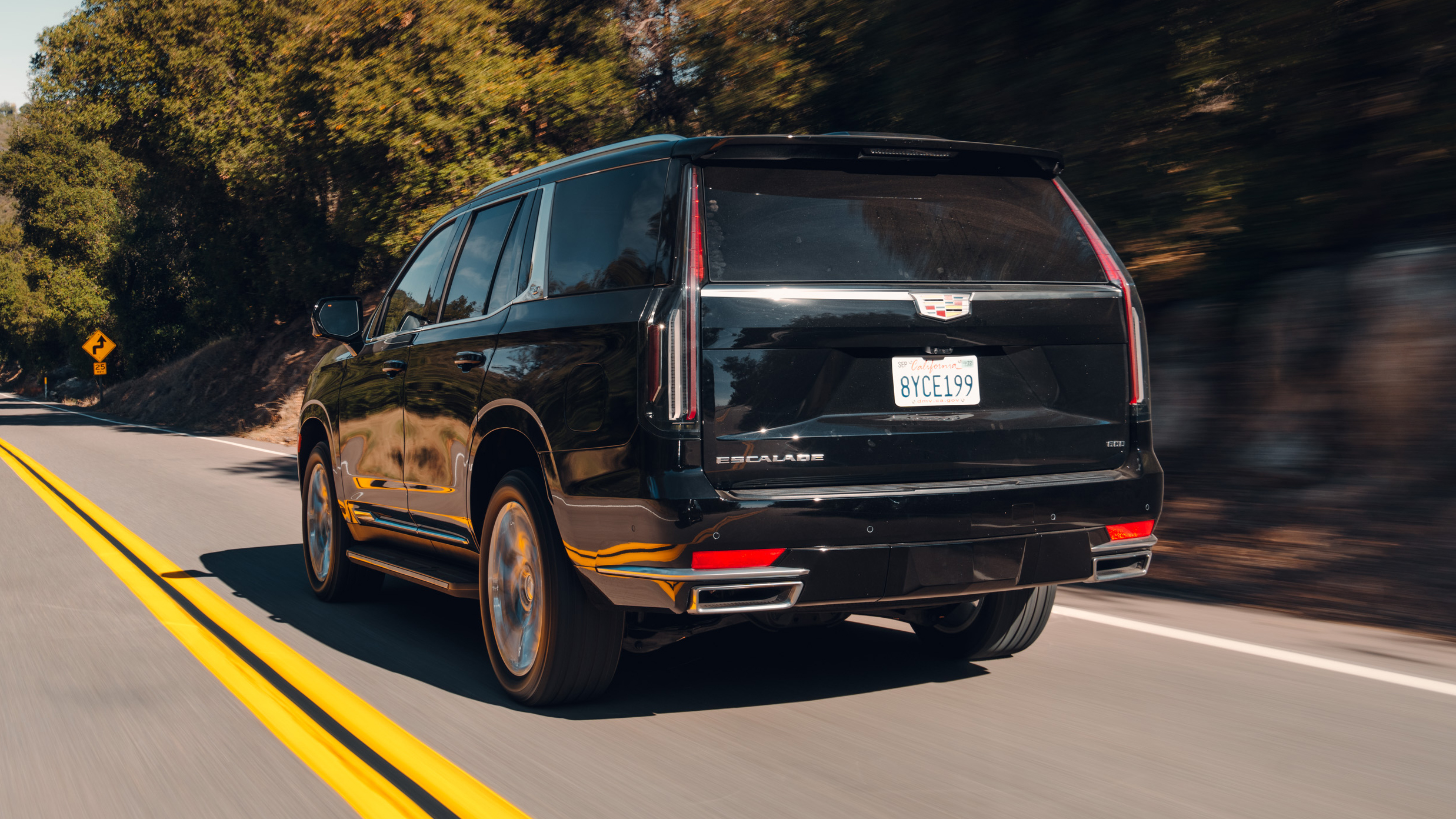 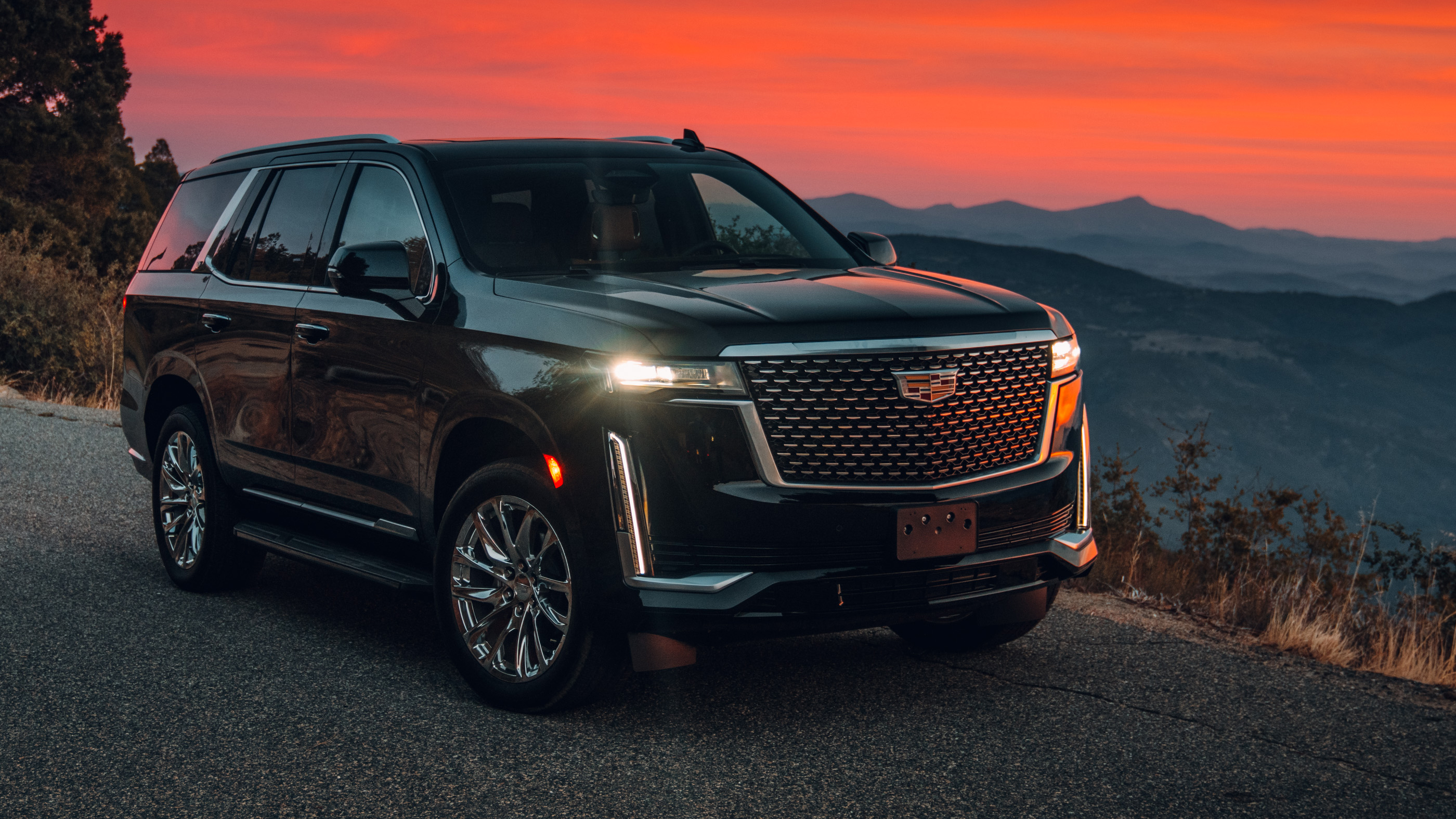 Sure is. Some would say this Cadillac is a true rapper’s delight. See, to a certain generation (the MTV generation that grew up on Jackass, Pimp My Ride and Britney Spears’ ‘Toxic’ video) the Cadillac Escalade is an icon. A true totem of hip-hop culture and urban excess.

But it’s also a big deal for Cadillac. This car didn’t just single-handedly take the hip-hop game into the SUV domain (transitioning people and the scene from Cadillac Fleetwoods and Coupe DeVilles to where consumers were congregating: SUVs) but also kept the Benjamins (to use hip hop parlance) coming to keep the brand alive.

In fact, when the Escalade hit its pomp during the second-generation release in 2002, US sales jumped 84 per cent in the first seven months of being on sale. Then, having been name-checked by the likes of Gucci Mane, Mobb Deep, Lil’ Kim, Kayne West, Outkast, Ludacris, Jay Z, The Game, 50 Cent, Usher and Ja Rule, sales really started ramping up. In 2006, more than 62,000 of these high-margin, high-riding luxo buses were sold.

But were they any good?

Not really. Don’t get me wrong, they would do wonders for your street cred. And fantastic for throwing some 30-Inch Forgiato rims on so you could rent them out for rap videos. But as a true luxury car it was lacking in quality, finesse and dynamic ability – especially compared to its European rivals.

Pretty much all those things.

It’s only taken five generations, but the latest Escalade feels like it’s had some time, money and care poured into its development; finally rewarding it some true halo status in the Cadillac range. Luckily for Kanye and co, it hasn’t lost any of its flex appeal in the process either. And you can still get some 30-Inch Forgiatos in the wheel wells. So, your rap rental car service isn’t going into administration anytime soon. In fact, business might be better than ever.

GM’s barcode-like ‘GMT T1XX’ SUV architecture. It’s the same platform that’s used for all its full-size trucks and large SUVs including the Chevrolet Tahoe and GMC Yukon. Like those, a range-topping and very American (excessive yet underpowered) 420bhp, 460lb ft, 6.2-litre V8 is under the bonnet hooked up to a geartastic 10-speed automatic transmission driving either the rear or all four wheels.

For the first time a grumbly 3.0-litre Duramax six-cylinder turbodiesel (from the Chevy Silverado and GMC Sierra pickup) is also optional. But we’d stay away from that. As for hybrid and electric options? No chance. Well, not for this generation. Which isn’t exactly Cadillac getting with the times, is it? But thankfully the suspension department has – eventually – caught up with the 21st Century, throwing out the ancient and space-consuming live axle for a four-link independent rear.

You don’t want to mess with it, that’s for sure. To quote Cadillac’s proud and ostentatious marketing messaging it’s “the largest and longest Escalade ever". And previous generations were hardly Suzuki Cappuccinos. In America bigger is still seen to mean better. And the Escalade is a big beast weighing in at 2,641kg and coming in at 5.4 metres long, over two metres wide and nearly two metres tall. I’m 6ft 2 and the bonnet came up to my nipples. And that’s the small one.

Like everything in America there’s the option to supersize your Escalade thanks to the ESV (Escalade Stretch Vehicle) that’s 404mm longer and sits on a 335mm longer wheelbase. Anything bigger in the US is normally painted yellow and full of school kids.

Surprisingly classy. Yes, its scale and slabsidedness are frightfully imposing but it’s offset with minimalist touches and great lighting. The headlights and vertical DRLs and taillights are thin and simple which add a sense of fragility to the design while the tick up C-Pillar is an attempt at flair. Like the rest of Cadillac’s cars, you can now spec the Escalade in either a ‘Luxury’ trim that chromes everything up, ‘Sport’ which blacks everything out. But 22-inch wheels come standard on everything.

Big. But not as big as you’d expect from the outside. There are three rows of two proper chairs and acres of space if you leave the last row flat in the floor. Masterfully, the materials inside have improved with fewer scratchy plastics around the lower door panels, lower dash and transmission tunnel with more leather, fabric, wood or piano black inserts being placed everywhere. Faux leather is used in the base Luxury trim, but all other trims receive the real deal, with Platinum models getting soft semi-aniline hides. Leather-covered dash and door panels, aluminium speaker grilles, and last year’s notable interior trend: jazzy adjustable interior ambient lighting.

There’s also a 36-speaker AKG sound system including a pair in each front-seat headrest and several in the roof as well. As the car is so big, there are also four microphones to enhance conversation between the seat rows but it ends up sounding like you’re talking to a bank clerk or a loved one through some prison glass. There’s also more power sockets and storage facilities than a small London flat. The further back you sit the less ritzy the cabin gets, especially if you’re demoted to the third row. But at least there’s plenty of natural light from a massive, panoramic glass roof.

Talk to me about that curved screen in the dash – it’s huge!

Well *adjusts pedant’s specs up nose* it’s technically three screens stitched together but that doesn’t make the 38-inch digital expanse any less impressive. And Cadillac is very happy with it. It’s carried over from its Escala concept car and features a trio of separate curved OLED display screens that sweep across from the gauge cluster to a responsive touchscreen for the infotainment. This OLED jewellery instantly makes the Escalade feel more premium and luxurious than before. Hidden in the screens is more tech, including an augmented reality camera view and optional night vision – all vividly projected given the resolution is double that of a 4K TV.

In a short space of time us Europeans have become incredibly accustomed to smaller capacity turbocharged engines and the inherent low-down torque that comes with them. The Escalade’s V8 doesn’t have that. It feels remarkably old school having to bury your foot to climb the rev range to eventually get some power. It also drinks fuel in the process (we’re talking 9mpg when you’re clogging it). But, like an American football player, once it’s up and moving it can chug along with 0-60mph happening in 6.1 seconds. Which feels odd in something so utterly vast. But it does make a good old school V8 noise doing that. It’s just rather uncouth in something that’s meant to be so wafty.

And wafty it is. There are several suspension choices but even the most technical doesn’t offer the damping you’d expect from such a car. The base suspension uses coil springs with passive dampers. The next step up is to coil springs with the fourth generation of magnetorheological Magnetic Ride Control. The top-level is an air-sprung adaptive suspension with the magnetorheological MRC dampers but even so big surface changes can send jolts through the car which you’d expect to be ironed out. There’s just not enough comfort and control simultaneously; it’s more a case of one or the other.

No matter your size you feel like a child driving the Escalade. And there’s no getting around its scale. The steering tries its best but is ultimately vague. Not that you see many corners in Beverly Hills or New York, but it can become disconcerting when you are faced with one and the car’s initial roll takes hold. However, once it’s loaded up there’s surprising control. There’s even an electronic limited-slip differential to help you get the big Caddy out of a corner and provide more stability and traction. But the brakes are hard to modulate, lack initial bite and are easily overwhelmed with all the weight. To the point they warn you when they’re overheating. Which we knew about before the dash bonged at us as we could smell the acrid smoke through the cabin. So if you are a fan of stopping, the $3,950 six-pot Brembo brake upgrade might be for you.

Prices range anywhere from $89,000 to $121,000 depending on your trim, spec and how many options you load up. Which is a lot. But the latest Escalade is the best one yet and should have its US counterparts worried.

Compared to its European rivals there’s still plenty of work to do. However, its biggest strength is that it’s not European and is as American as things get. It’s still the four-wheeled American dream for a hip hop generation. And that has its own charm and appeal. In the same way you’re inclined to go to In N Out as soon as you land in LA, or go grab a hot dog in New York. When you’re in America you want to drive an Escalade.

And as long as rappers keep rapping about them, people will keep buying them. Luckily there’s a lot more to rap about now. I just have no idea how Jay Z is going to spit bars about a 38-inch OLED display. But that’s his job, not mine.