Ferrari 488 Pista review: can it possibly work on UK roads? 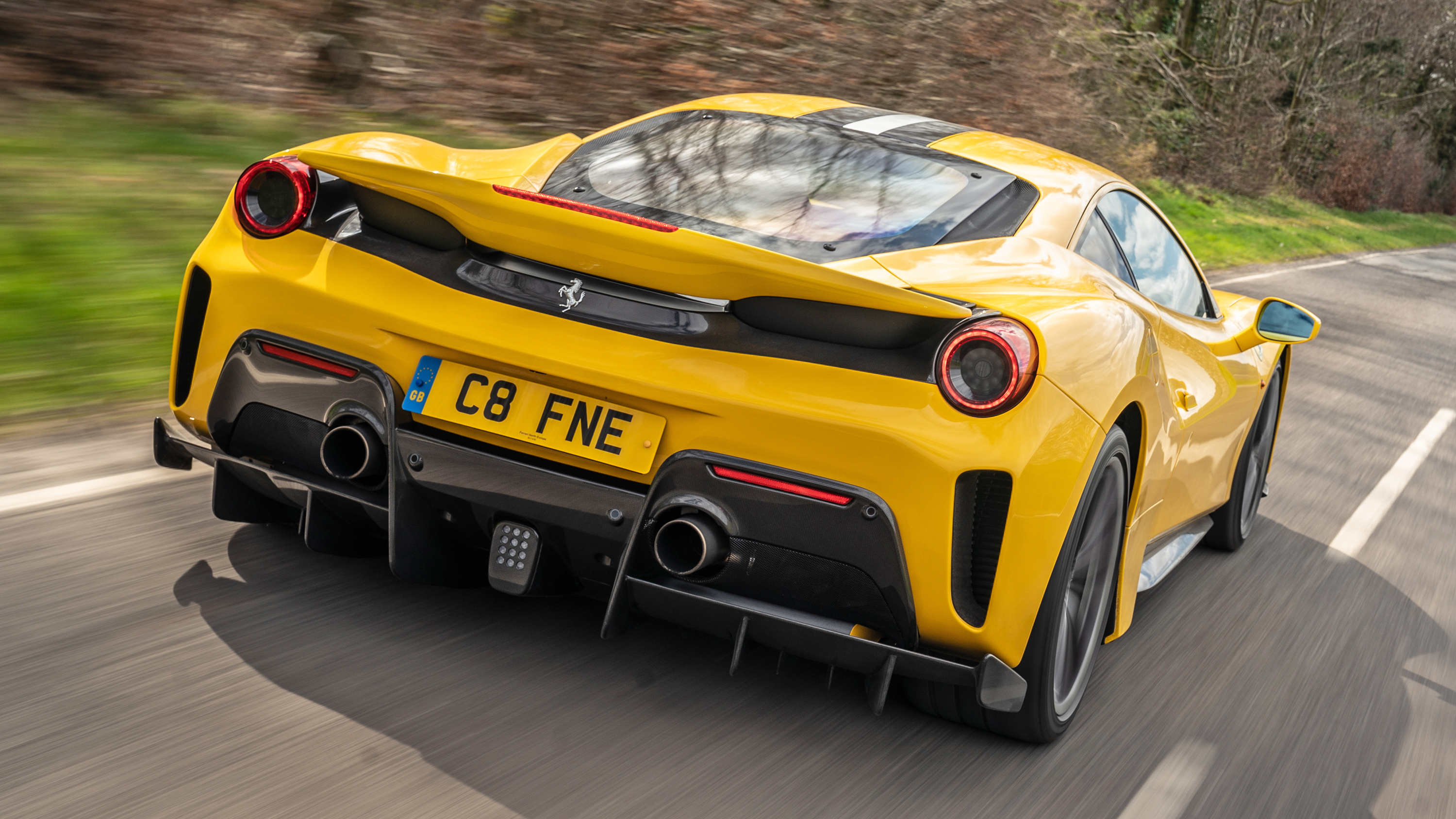 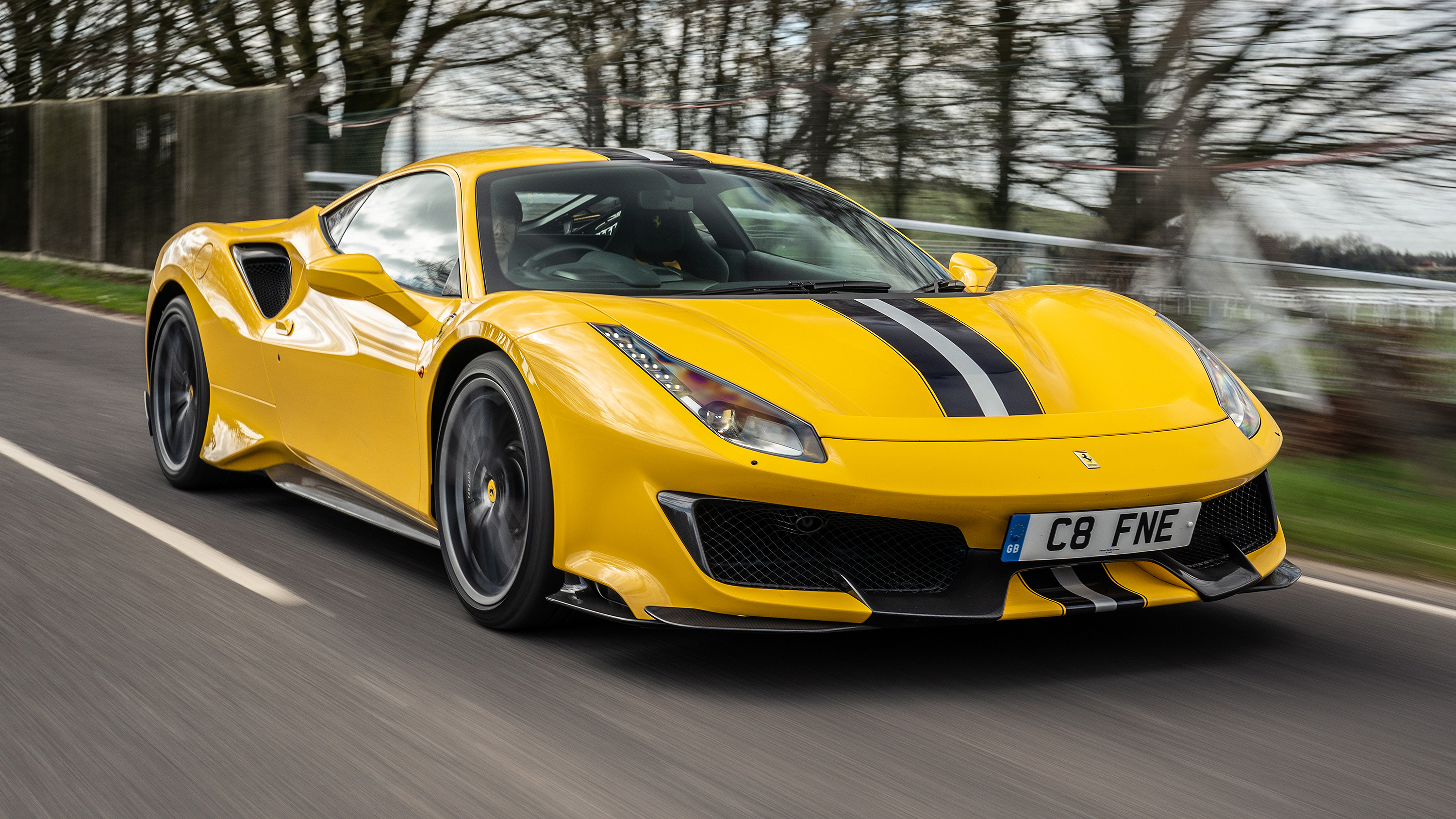 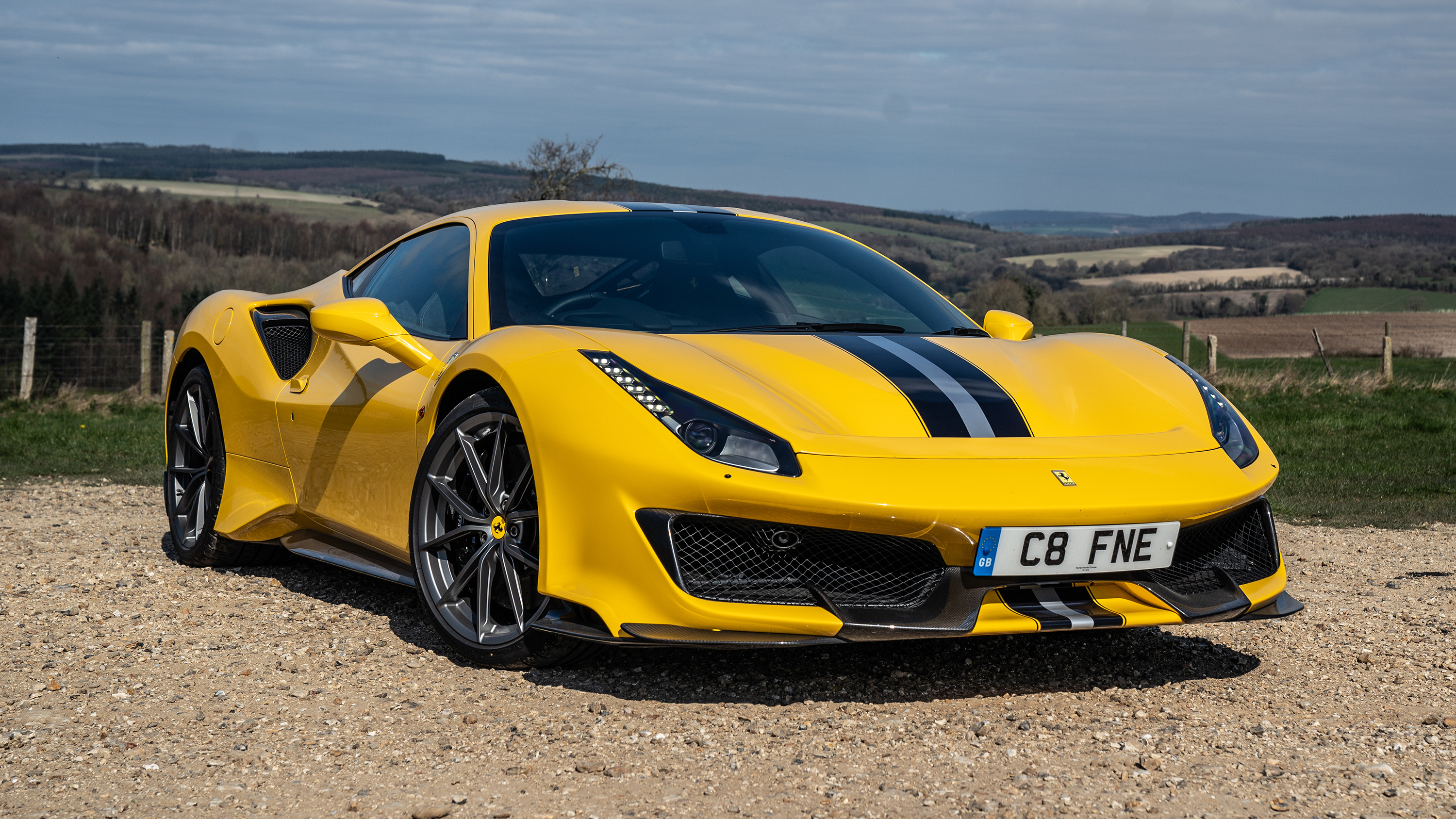 I’ve seen the Pista a few times before…

You have, but this is the first time we’ve driven it on British roads. Peruse the spec sheet and the odds would seem heavily stacked against it. What chance a 700bhp-plus track special on Cup 2 tyres being anything less than terrifying on tight, blind B-roads? And perhaps a little pointless, too, in the week we learn the car world may soon submit to mandatory speed limiters?

It’s a Ferrari, though. They never drop the ball…

The hardest cored 488 – and more pertinently, its driver – certainly gets plenty of assistance to make sure the twin-turbo V8’s 710bhp and 568lb ft peaks aren’t immediately spun up into YouTube infamy.

As well as some of the most exquisitely implemented aerodynamics ever on a road car – just try and resist poking your hand through the plunging S-duct the first time you see one – there’s Ferrari’s usual dizzying array of electronics on board.

E-Diff3, F1-Trac and FrS SCM-E may not reside on the tip of your tongue, but their existence should be celebrated. Not least for giving you some inspiration next time you need to concoct a bewildering online password.

Isn’t this hardcore? Don’t I want the systems turned off?

The beauty of Ferrari’s bunch of nannies is that they feel anything but nannying. Of the five modes on its Mannetino dial, every one is pulsating, even the base level Wet and Sport. I guarantee your Pista will live in Race or CT Off, though, such is the extra sharpness and addictive brutality they bring to even the most mundane of commutes.

Because I’m not, after all, going to graphically describe the outer edges of this car’s handling. If I’d found those on a British B-road I’d be certifiable. It takes minutes in a Pista (or even a stock 488) to conclude that there is rather too much performance for you to have any hope of using it all, so you instead revel in the excitement you can access.

Like the most ferocious gearchanges of any factory car I’ve driven. They hammer home physically enough as you paddleshift up through ratios, but down? Oh god, it’s almost inappropriate to talk about in polite company.

Changing down to third then second for a tight hairpin is genuinely as stimulating as correcting a wild bit of oversteer, and the amount of engine braking each shift brings means you can rely on them to shorten your stopping distances. Head to your favourite corner on your favourite back road and you’ll brake later in this than anything. I’ll bet on it.

Your jaw will be floored by just how well it tackles the bumps on that road, too, even if you’ve forgotten to press the ‘bumpy road’ button on the steering wheel to soften off the suspension (annoyingly, it doesn’t stay active when you flick the Mannetino to another mode). A track refugee has no right to shrug off difficult surfaces with the levels of disdain the Pista exhibits.

Yikes. I sense you’re not finished.

Nope. There’s the small but satisfying amounts of slip you get in Race mode, as the electronics slacken their leash but still keep a watchful eye. Or the bigger, more pulse-quickening amounts of slip when you flick to CT Off and learn just how alert and instant that steering is by deploying as much power as you dare exiting a corner.

Every element of the Pista has been engineered to its nth degree, the end result being one ginormous injection of confidence to convince you that yes, you can grab a 710bhp Ferrari by the very scruff of its neck on a piece of road that happily picks apart a decent hot hatch.

To a point. There’s no mistaking this car’s turbocharging, and while I won’t waste time mourning the loss of the life-changing howl of its 458 Speciale predecessor, the Pista’s forced induction does mean you have to drive it with your conscience very much front of mind.

Don’t go thinking you can short-shift to safety; several times I burst out of a village into national speed limit and as I changed from third to fourth to stem the tide, realised I was actually changing from fifth to sixth. If you can find turbo lag in the first six gears, you’re a more forensic tester of cars than me. Any gear, any rpm, this car is ready to dangle your driving licence perilously close to a live shredder.

Happy to. The way this car wears a cloak of civility when you plonk the gearbox back into Auto and just cruise like everyone else might be its most bewildering facet. Alright, one endorphin-loaded blast away from civilisation will confirm it’s not, but the way the engine note drops away and the car tracks straight without any fuss makes it nearly as good as a 320d at swallowing motorway distances.

It’ll need to stop for fuel a little more often, mind, and there’s not a huge amount of sound deadening when those track-biased tyres have to roll over some of Britain’s more questionably paved M- and A-roads. As a device with which to aurally observe the change in tarmac quality as you cross from one county council’s territory to another, though, it’s about as revealing as they come.

I couldn’t. This 488 Pista came with no sat nav, radio or phone link-up, with air con being its only sop to long journeys. My advice is to leave your ego at home and spec yours with everything you’ll need to travel humongous distances. Using one of these daily really can be painless. And impossibly cool, providing you can ignore the occasional ‘communicative gesture’ in traffic.

So it’s not terrifying, then…

It’s not. It’s pretty damn close to perfect. Frustration will occasionally set in that you can’t wring out much of its potential before self-preservation comes to the fore, and the old Speciale was certainly a more effervescent character at low, sensible revs. The Pista’s chuffs, whistles and grumbling bassline are still pretty invigorating, but they live in the shadow of the deafening screams of Ferrari V8 specials of yore.

But that’s it. Spec one in a dark, classy colour with a radio and you’ll have a phenomenal everyday car hiding supernatural abilities. Or go all out and have a striped yellow livery to please (and occasionally piss off) passers-by. Either way, the Pista is also far from pointless. If we really are glimpsing sanitised, speed-limited cars on the horizon, we need to appreciate unabashed head-bangers like this while we’re still allowed them.