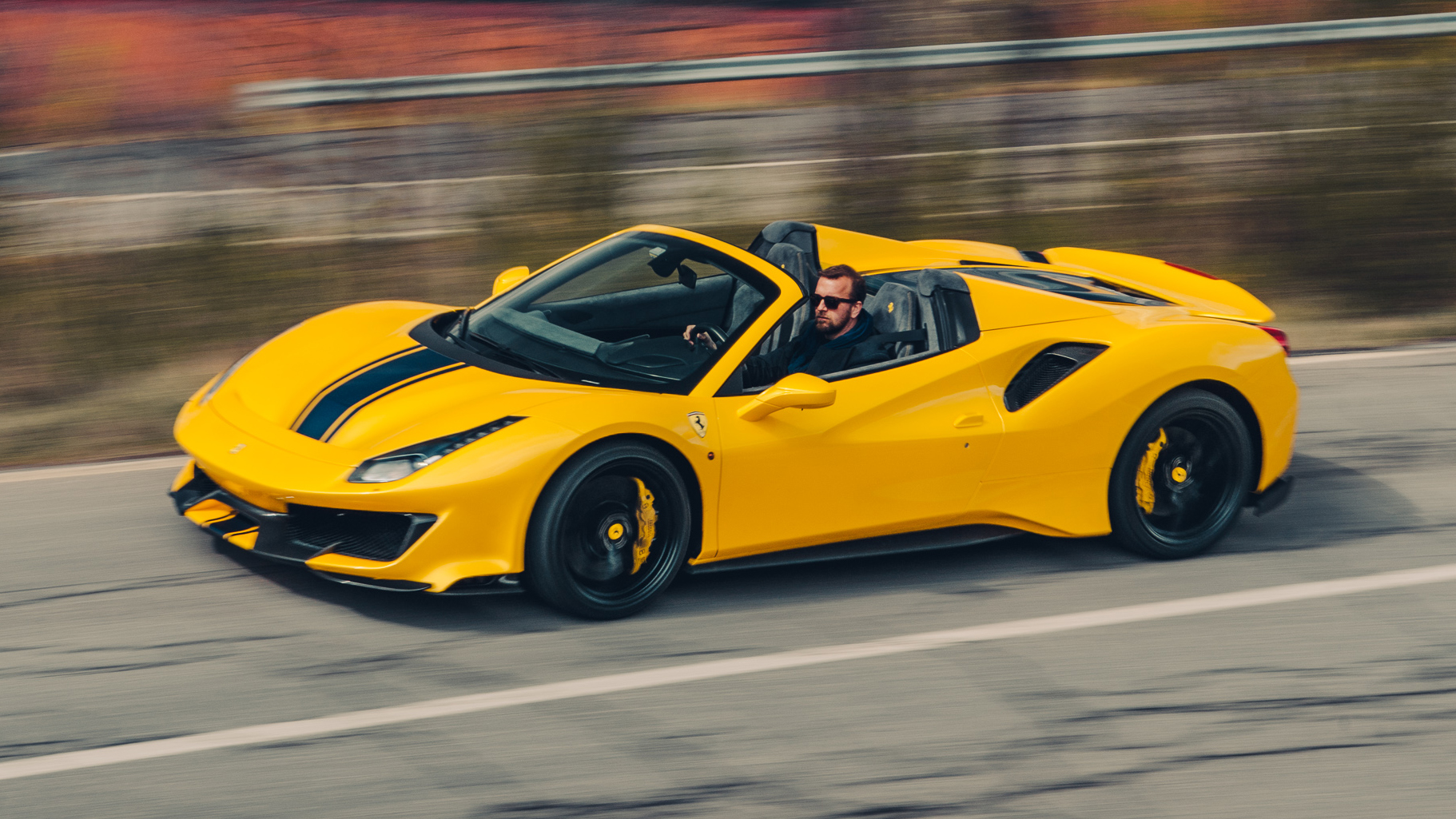 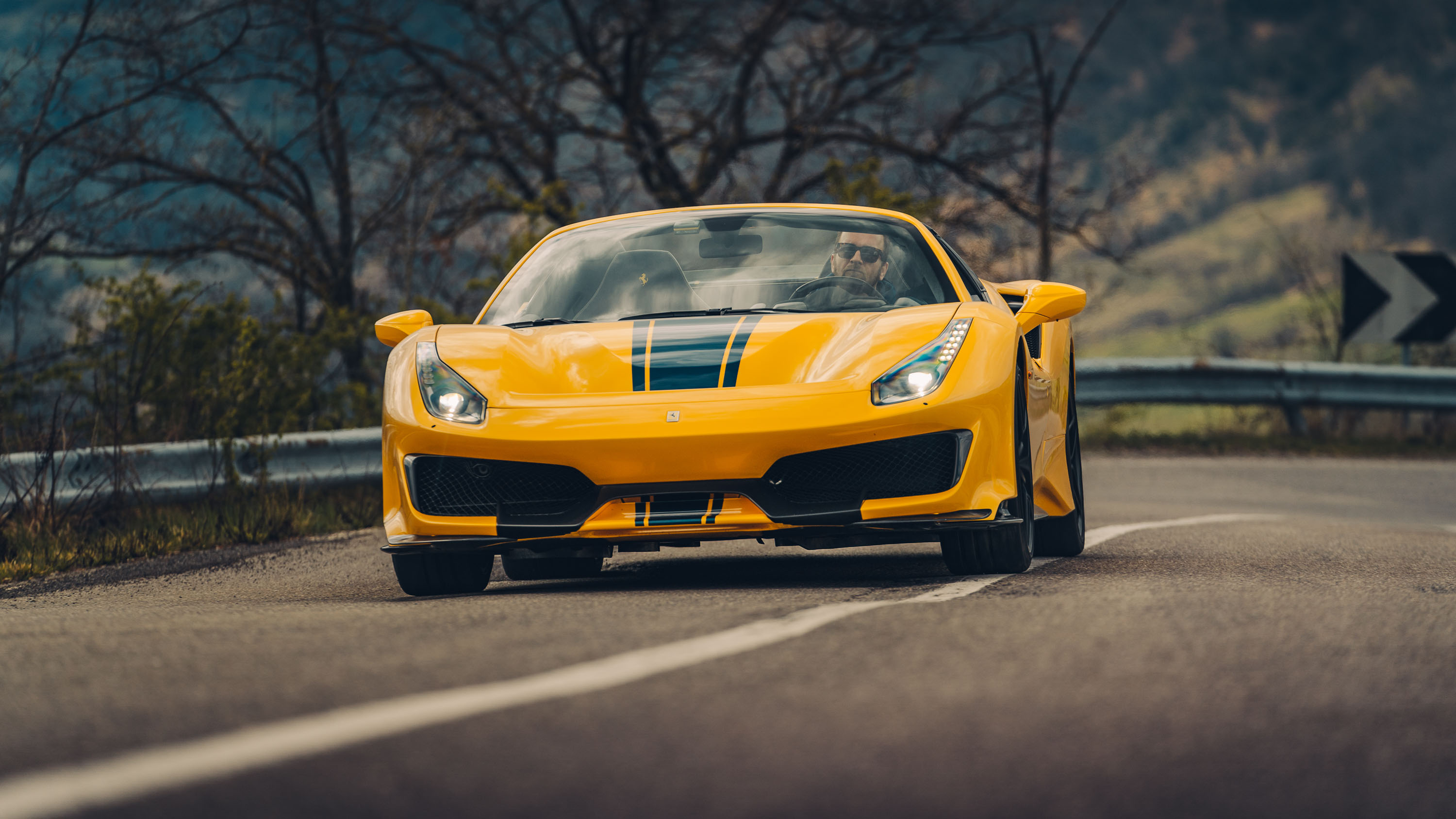 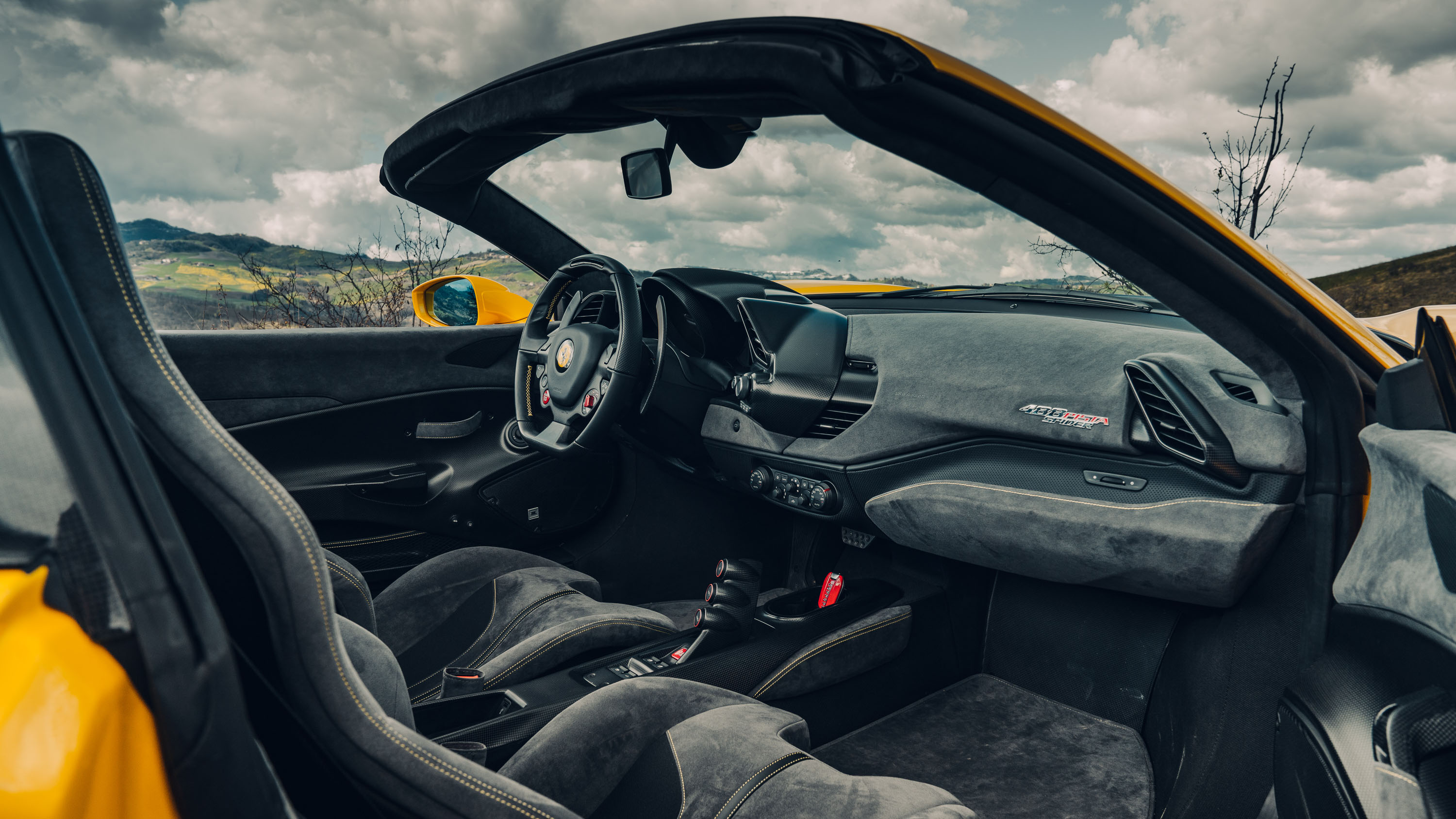 Let’s spoil the surprise - the Pista Spider goes as hard as the coupe, but you can hear it more clearly, and get a bit of a tan if it’s sunny. Dynamically there is a tiny, tiny difference, but it’s not enough to inherently change the way the car behaves. Yes, it weighs a little bit more than the Coupe, and if you’re on the right road, at a specific speed and have a Coupe to compare back-to-back, you might be able to figure out some minor correction of structural rigidity not found in the hardtop, but it’s negligible.

So this one’s purely really down to personal choice, or whether you think a hard top track car is just that little bit purer of intention - which is absolutely valid. Just don’t go thinking that you’ll outrun someone in a Pista Spider with a Coupe, because you… uh… won’t. A lot of the impact comes from the engine, designed very specifically to mimic as much as possible the effects of a naturally-aspirated motor. Except that nothing atmospheric builds a wall of torque like this, or manages the boost so that each gear grabs hold of the forward view and headbutts you through it. It’s a monster. Each step on the Mannetino wheel-mounted switch brings a different character, faster shifting, harder edges. In Race mode, as that pedal drops and feeds digital amphetamine to the car’s ECU, strange things happen. Yes, air and fuel combine with a spark to make good things happen, but time and space get twanged like a guitar string, the world gets stretched like chewing gum. And your face looks like someone punched you hard in the forehead. The violent analogies seem to be the most appropriate. There’s wheelspin in third. And fourth if you’re heavy-handed and on a slightly slick surface. It’s streetfight quick - brutal and disorientating.

But the best thing is that the Pista isn’t actually that much of a handful. I know this sounds counter-intuitive, but getting to within 8/10ths of a Pista isn’t actually that hard - the combination of E-diff, side-slip control and all of Ferrari’s various other mechanical magics make it fairly easy to drive hard. Not easy to get the absolute maximum out of, but definitely no harder to drive than the 488 GTB, and some way short of the holy-cow-I’m-going-to-die razor edge of something like an F12tdf.

It’s also interesting how natural all the tech feels. Once you start delving into the systems of the Pista, you realise there’s a set of controls so massively complex you have to sit down with expert instruction for several hours to prevent your brain simply liquefying and dripping out of your ears. But on the road it just feels… right. In fact, there are situations where the Pista feels almost four-wheel drive, dragging the front end around when you think it should wash wide, dealing with big bumps where you reckon it might just bounce. And the Spider does all of this with the exhaust howling harder than the Coupe, and the more intimate feeling of hearing those shotgun gearshifts engaging. Dropping from, say, fifth to second down through the gears for a tight hairpin is one of life’s great joys. Saying that, I probably need more hobbies.

There is a slight feeling that if you were searching for criticism, you could say that Ferrari has spent so much time trying to make a turbo engine sound and react like a naturally-aspirated motor that it has failed to recognise that turbocharged cars are a ‘performance sound’ in themselves. For the hardcore track-biased cars, there would be very little wrong with having a waterfall of induction or an avian massacre of twittering wastegate. Or just a less ‘managed’ torque curve. Just let it be silly - forced induction isn’t in some way inferior or embarrassing. But that’s a small criticism.