£1,150,000 when new
Read why you can trust our independent reviews
Charlie Turner
Published: 29 Apr 2014
comments
Skip 21 photos in the image carousel and continue reading 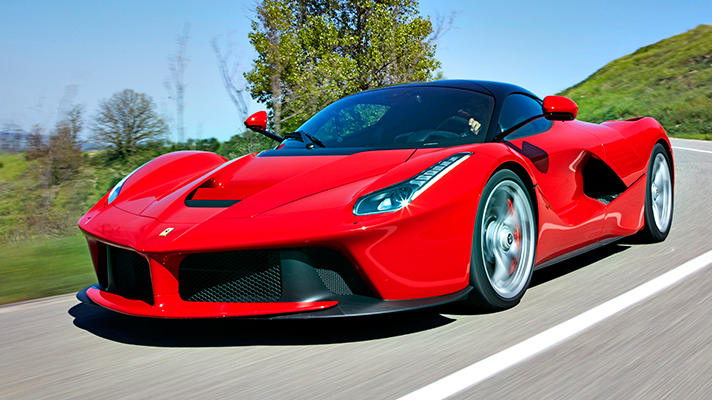 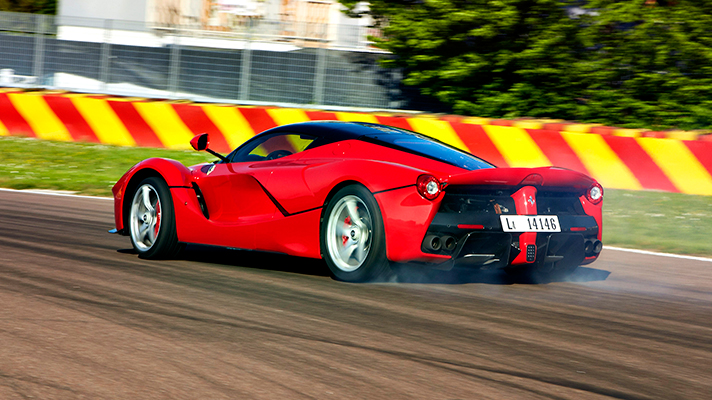 It's the one we've waited a long, long time for. Ferrari's successor to the Enzo, its ultimate distillation of speed, its magnum opus. LaFerrari.

Easy to get your hands on, then?

Not so much. With a price tag of over £1m apiece, all 499 LaFerraris were sold before the car was first unveiled at the Geneva Motorshow last year. This despite the fact that to simply be considered LaFerrari ownership material, you needed (a) at least five Ferraris in your collection and (b) a first-name-terms relationship with Ferrari Chairman Luca Di Montezemolo, who personally approved all 499 owners. And thankfully let us have a shot, too.

Ferrari heralds its creation as a rolling showcase of the limits of road-going possibility. Having sat through a three-hour technical presentation in which Ferrari's finest engineers attempted to explain degree-level theorems involving complex maths, physics, chemistry, aerodynamics and materials science, Top Gear has to agree with this assessment.

So here's the shorthand version. At LaFerrari's heart lies a 6.3-litre V12, which fires 789bhp through a seven-speed dual clutch gearbox to the rear wheels. And what an engine: arguably the greatest V12 in Maranello history, a twelve-cylinder heart that revs to a staggering 9250rpm redline.

In any normal game of supercar Top Trumps, 789bhp would be sufficient for victory, but in the hypercar stratosphere defined by the P1 and 918, that's merely the down-payment. Pinching tech from its F1 outfit, Ferrari has added a Hy-Kers hybrid system to the V12, not just to improve its green credentials but to make an already ballistically fast car even faster.

Tell me about the electric bits.

The Hy-Kers system provides an additional 161bhp - or very nearly a Fiesta ST's worth - of instant power through the electric motor mounted to the back of the gearbox. Unlike the 918 and P1, you cannot plug LaFerrari into a wall, nor cruise silently in all-electric mode - the e-motor is there to add punch to the petrol engine, not replace it.

And what punch it adds. The Hy-Kers fills out the bottom end of the torque curve of the viciously high-spinning V12, meaning an utterly constant, stupefying surge of power from anywhere in the rev range to literally anywhere else.

OK, got it. It's very exclusive, very complicated and very powerful. But what's it actually like?

As you open the front hinged swan doors and drop into a cockpit decked wall-to-wall in carbon fibre and leather, the first thing you notice is the seat adjustment. Or, rather, the lack of it.

The seat forms an integral part of the LaFerrari's tub, so each owner will have their own set of seat pads tailored for them before delivery. To get comfy, you pull a lever below your right thigh to release the pedal box and adjust the pedals to the perfect distance, race car style. Shut the door with a hefty thud, adjust the steering wheel, insert the key - yes, it still has one of those -and watch the TFT screens blink into life. Thumb the ‘Engine Start' button. Instantly, the V12 soul of LaFerrari barks into life, a sound that talks of pedigree, potential, and power. This is it.

Truth is, even if you're lucky enough to have driven supercars before, nothing quite prepares you for a moment like this. Emotions? Excitement, no question. Privilege, too. But mostly fear. Quite a lot of fear.

So it's scary to drive, then?

No. Strangely, it doesn't take many minutes on the road before the fear melts away. Supercar rules dictate that size matters, so you expect it to be vast, but LaFerrari, despite its complex drivetrain, is actually 40mm narrower than the Enzo. Which is a good thing, given we're trying to explore the ultimate Ferrari's road car potential on a narrow ribbon of rutted, hairpin-riddled Italian B-road.

But rather than a hair-raising, sweary sweat-fest, the LaFerrari is surprisingly... easy. The seating position, visibility and scale of the car allow you to place it neatly on the road - an unusual sensation in any hypercar. The steering serves up high-definition feedback without ever turning hyperactive, while there's a suppleness to the suspension that allows the LaFerrari to slip over the worst the broken Italian highway can throw at it.

And when you put your foot down?

Forget all you know about fast: this is a whole new stratosphere of performance, a relentless accumulation of speed accompanied by the greatest automotive soundtrack in the world. You don't so much accelerate in LaFerrari as warp scenery. As the V12 screams its way to the 9250rpm redline, the Italian countryside is hauled back and fired out of the rearview mirror.

As the LaFerrari pours down this tight and broken strand of tarmac, there's a hypnotic violence to proceedings: second, third, fourth, brake hard, down two gears, dual clutch box firing ratios faster than you can process, accelerate, third, fourth, repeat...

Seamlessly. Some worried that the integration of hybrid technology would blunt the Ferrari experience, but the Hy-Kers system dovetails immaculately into the drivetrain, simply adding yet more sharpness to the big V12. It's so seamless that you're unaware of the e-motor even doing its thing, your senses overloaded by your right foot's connection to what feels like the most instantly responsive V12 in history.

And what about on track?

Again, not half so scary as you might expect. Yes, the LaFerrari will do sideways if you've got the talent - not to mention a wallet big enough to cover the repair bill should things go wrong - but keep it pointing forwards and you'll discover a massively fast, surprisingly accessible track car. Within just a couple of laps, it's clear LaFerrari has a depth of ability you would never grow tired of discovering, encouraging you to push ever faster and exploit its genius to the very limit.

More than a bit good. LaFerrari is an intoxicating blend of earth-shattering performance and confidence-inspiring technology.

A 950bhp hypercar shouldn't be easy to drive, but this one is. That's the genius of LaFerrari, which takes the concept of driver aids that heighten rather than blunt the experience and propels it into a new dimension, which grafts F1 tech to a vast, traditional V12 to showcase the very best of Maranello old and new.

Put it this way. Christening this car ‘The Ferrari' was a high level gamble that could have backfired horribly. But really, the LaFerrari is just that. The Ferrari.

Just one. So exhilarating, so extreme is the LaFerrari that it feels more an end rather than a beginning. With legislation strangling the upper reaches of the automotive performance envelope, are we living in the final, ultimate age of hypercars? Where can fast possibly go from here?

To read the full LaFerrari feature, and revel in our exclusive photos and videos, pick up the new issue of Top Gear magazine in iPad form here, or in all good newsagents now